Getting ready for winter, Part Three of Four...

I had planned to do a much better job for this, the third installment of my "getting ready for winter" series. However when it came time to actually get the work done I wasn't in a mood to grab the camera. 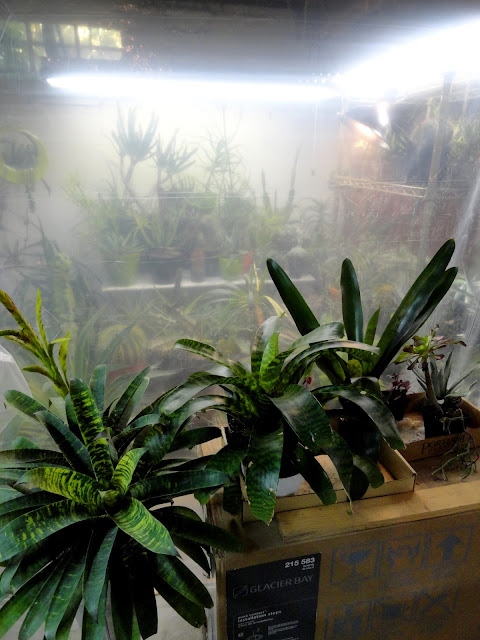 Why? Because of this. 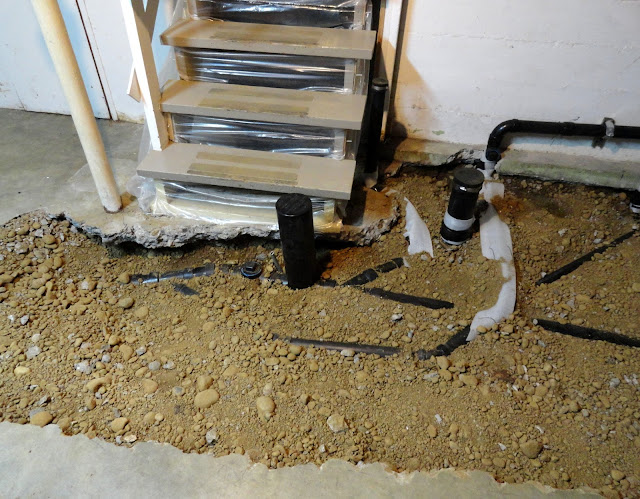 Because heading down to the basement still involves jumping off the bottom step and aiming to land beyond the pipes laying at the base, where there used to be a concrete floor. 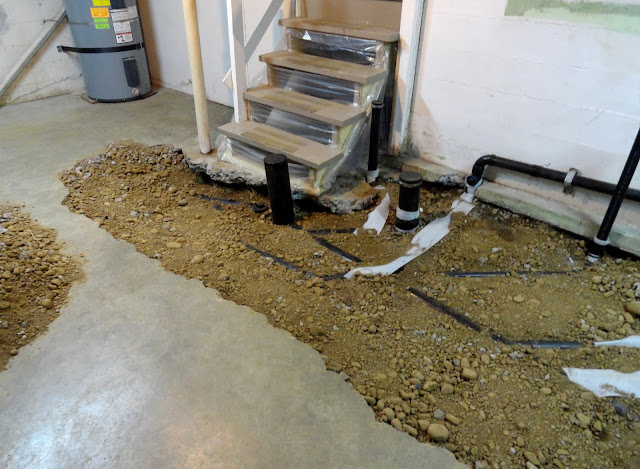 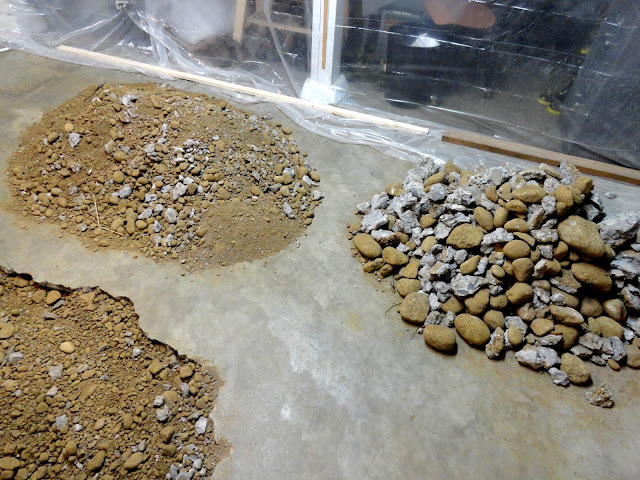 Since the next step involves cutting the jagged edge of the old floor, before pouring the patch, the plastic walls are still up (there will be lots of concrete dust). Plus everything that normally lives on the construction half of the basement is crammed into the other half, behind the plastic. This would really only be an issue on laundry day, except for the fact it's November, time for the basement to fill up with non-hardy plants.

Part Three of this winterizing series was to be the moving of the Tillandsia and Bromeliads, but as I wasn't in the mood to photograph what I was doing as I was doing it, creating a makeshift place for them to live was challenge enough. Instead I took these photos the next morning, Nov 1st.

These plants are temporarily chilling on the box our new toilet is in. They'll get shoved behind the curtain when the concrete company shows up. 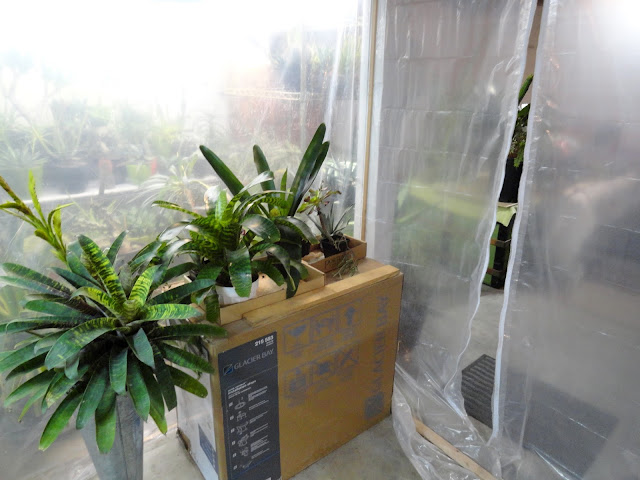 Speaking of behind the curtain, Andrew created this clever method of moving between the two spaces, a tape on zipper... 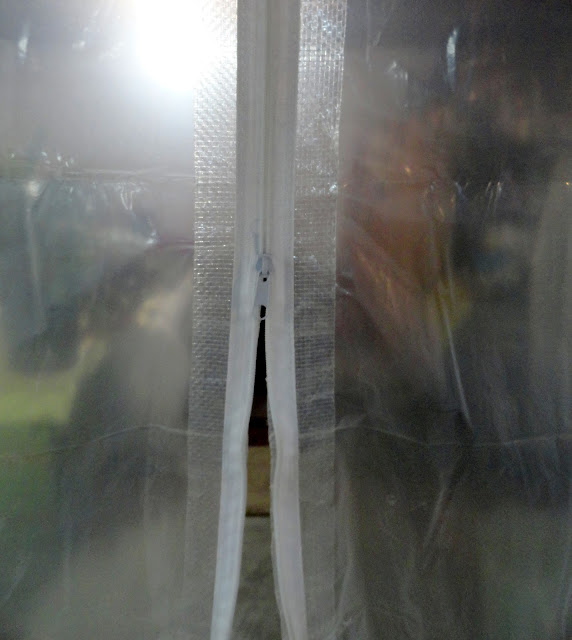 This is the scene on the other side. I was rather surprised when I collected the last of the Tillandsia from around the garden and discovered just how many there were, especially since I'd already brought quite a few in. I'm going to have to find a better way to care for them over the winter, this is just a temporary landing pad. 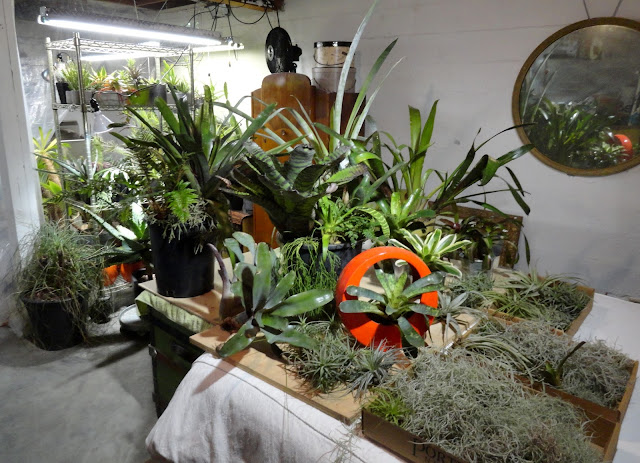 Oh and ya, that "landing pad" is our guest bed. And yes we're expecting a guest just two weeks from now. Fun times! 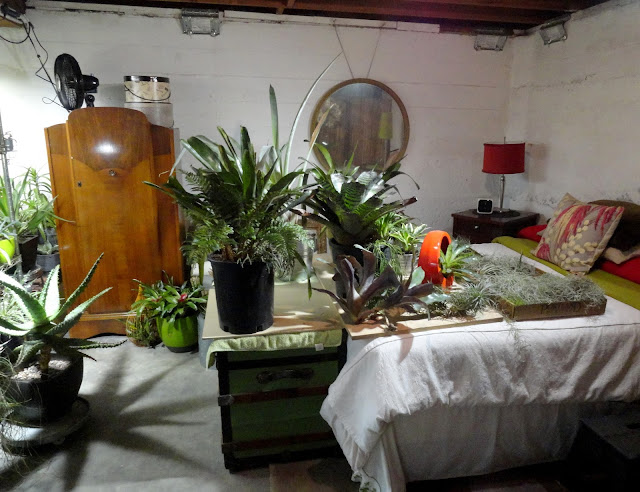 The Succulents and Cactus have already been downstairs for about a month now, I hate they're shoved into such a contained space and so have been sure to keep the fan going for a little air movement. 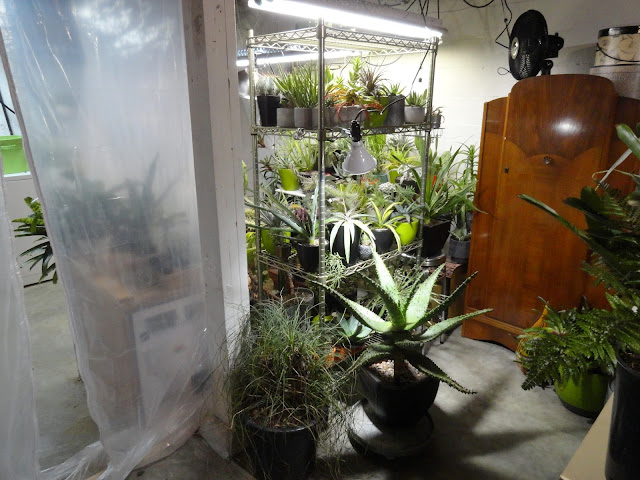 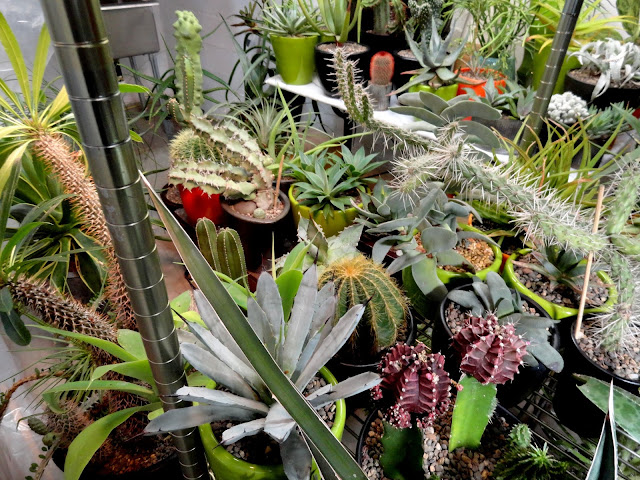 Don't even think about walking around to the other side of the bed! 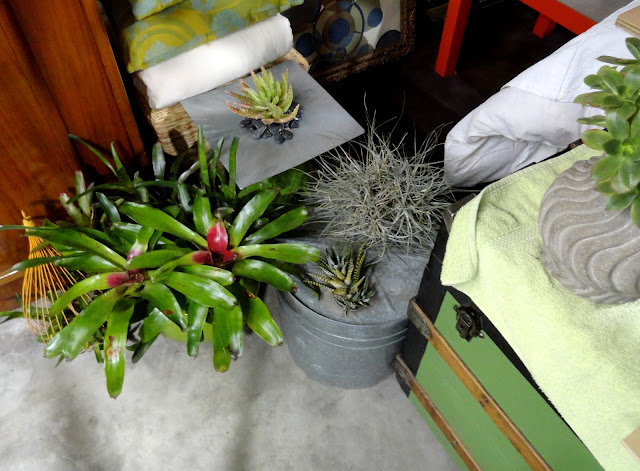 Peeking through the plastic walls... 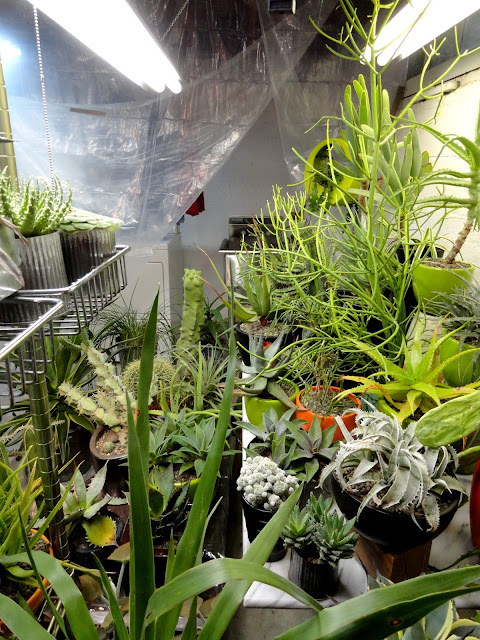 And in through the other side... 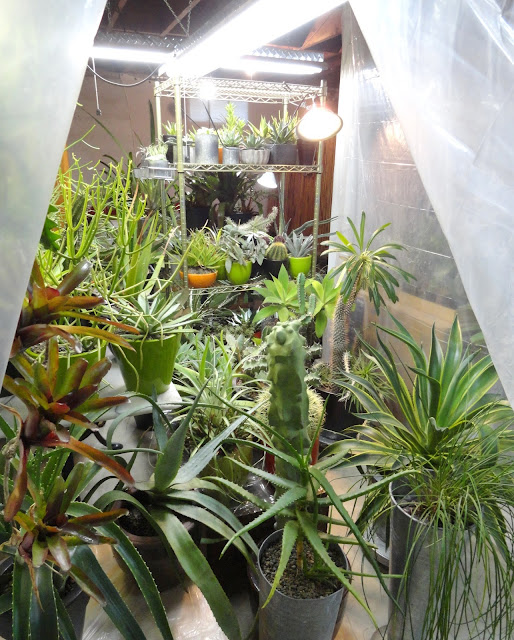 This big container of assorted Bromeliads hasn't made it downstairs yet. It's so heavy that I need Andrew's help and even then it's going to be a challenge. Thank goodness it hasn't been too cold yet. 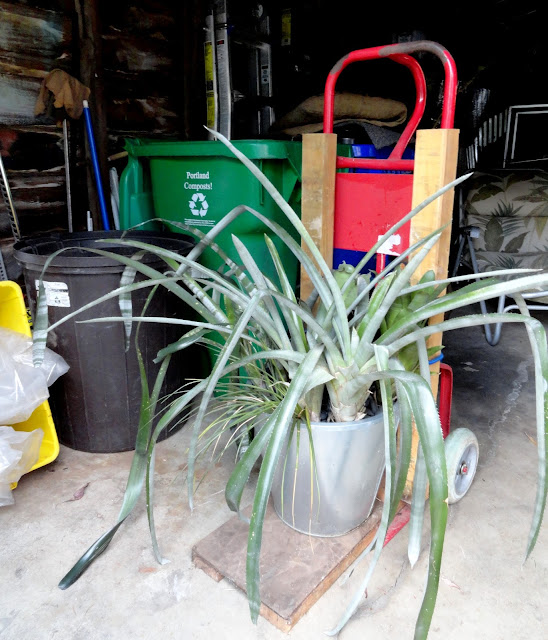 Out at the shade pavilion everyone's getting shoved inside (last to go in are the tenders who need water over the winter). Which reminds me, I really should check to made sure my space heater still works... 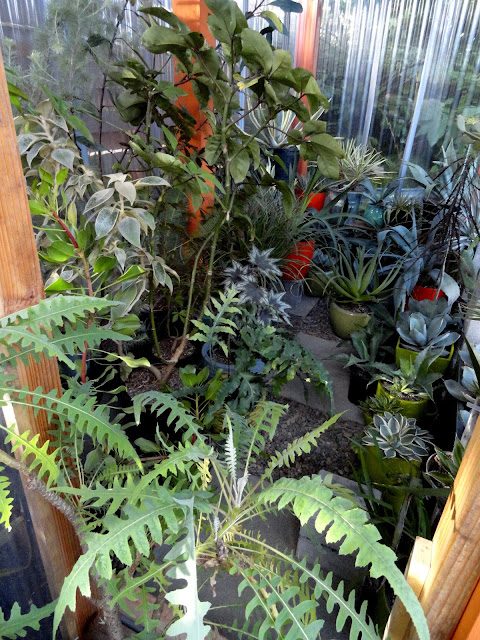 For a look back Part One is here and Part two here. Part Four has yet to happen...