Early last spring I started Melothria scabra seeds (aka Mexican Sour Gherkins). I'd never grown them but was excited to give it a go. Then in late May I happened upon a 4" container of the plant at Cornell Farm Nursery. It was significantly larger than my seed grown plants and so, as insurance, I snapped it up. All the vines became intertwined as summer progressed but once I made my final harvest (below), and cut back the plants, it was obvious the store bought plant was still much larger than the seed grown ones. 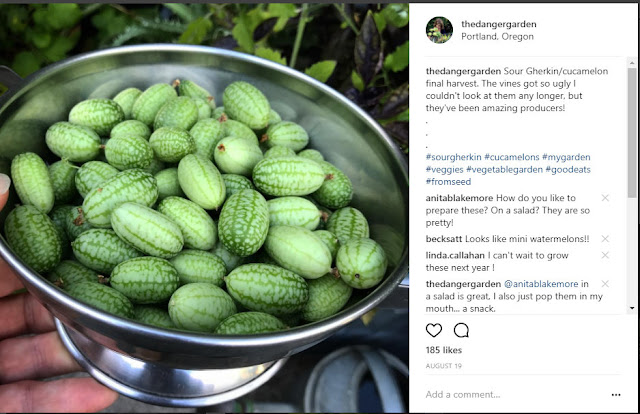 The last of that harvest became a couple jars of refrigerator pickles, which are amazing! I'm about to break into the final jar which has me a little sad — to think they'll soon be gone. If your curious this is the recipe I followed. 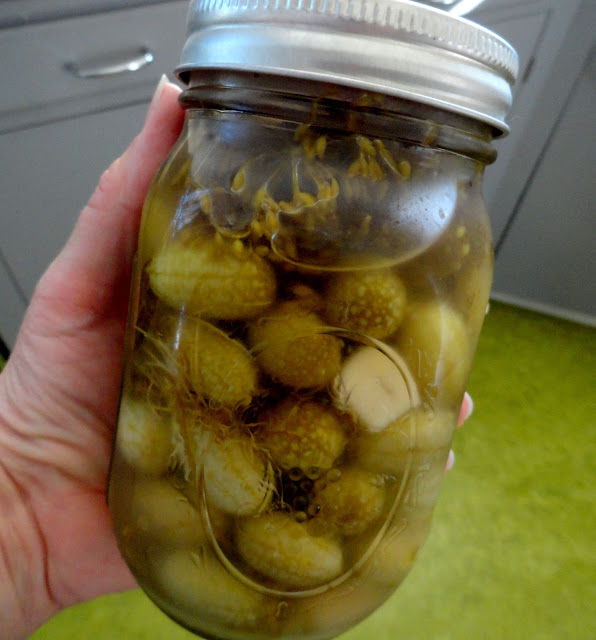 I hadn't really thought about the bits left behind after I cut back the vines, other than to notice the store bought plant had continued to grow. 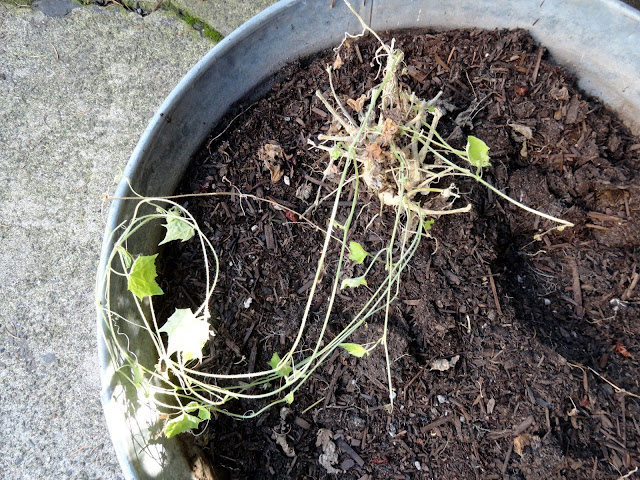 Even the dark of the garage. 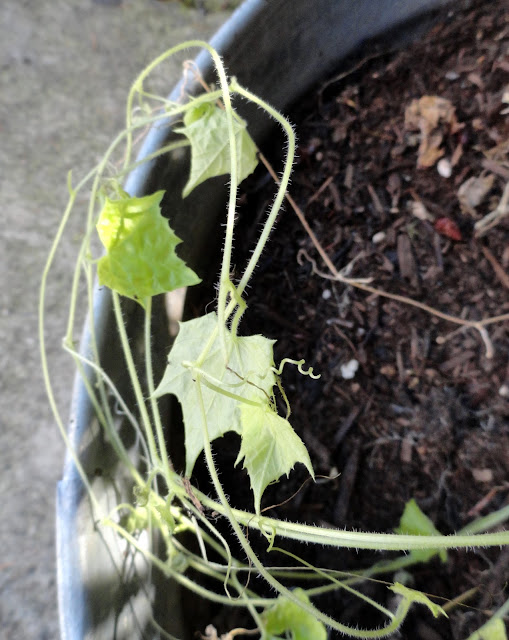 Then Megan, of Far Out Flora, mentioned on Instagram that I should save the tubers for next year. What!? Tubers? I had no idea... 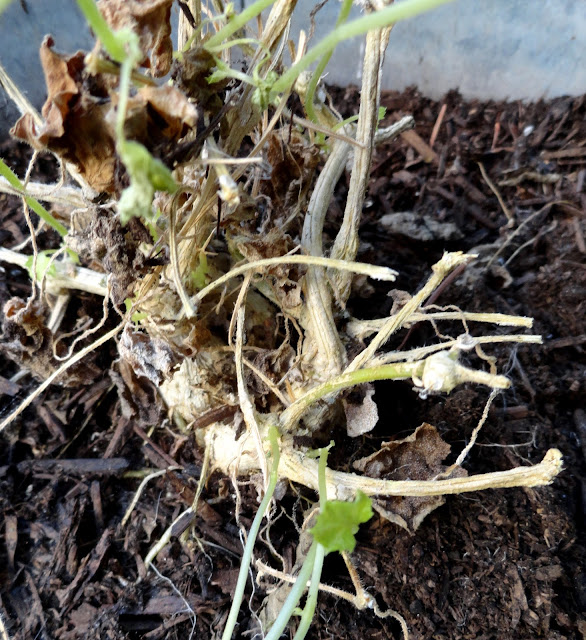 And then very day I'd decided to dig and see if there even were any tubers Niki Jabbour mentioned on Facebook that she'd be overwintering them — and she's since written a detailed post on the subject here. 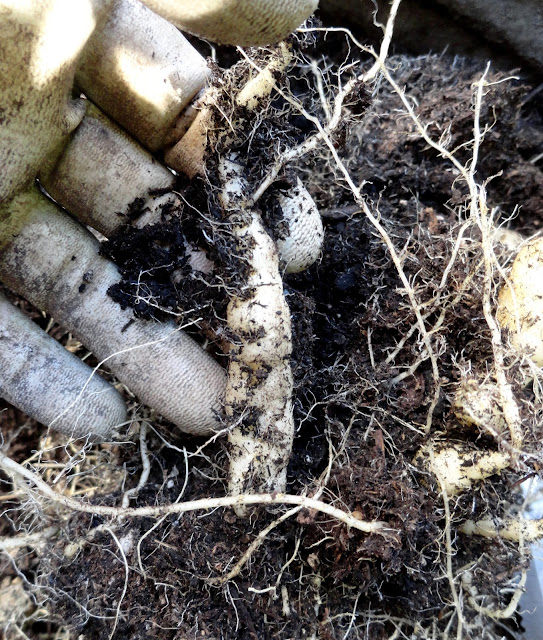 My tubers certainly aren't as big as hers, and I'm not even sure I potted them up "correctly." 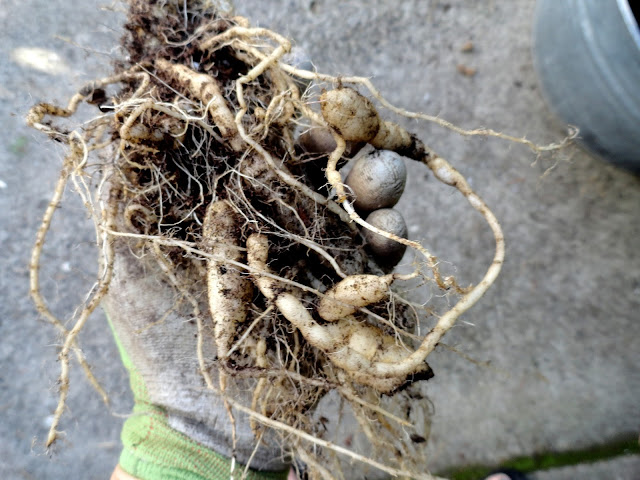 But I figure it's worth a try. Either way I'll definitely be growing these again next year, and you should too!