I know this. I've been through this, twice before. On the right, against the house, that's my Grevillea victoriae 'Murray Queen', champion bloomer, winter food source for the local hummingbirds and tough as nails plant through snow and ice. 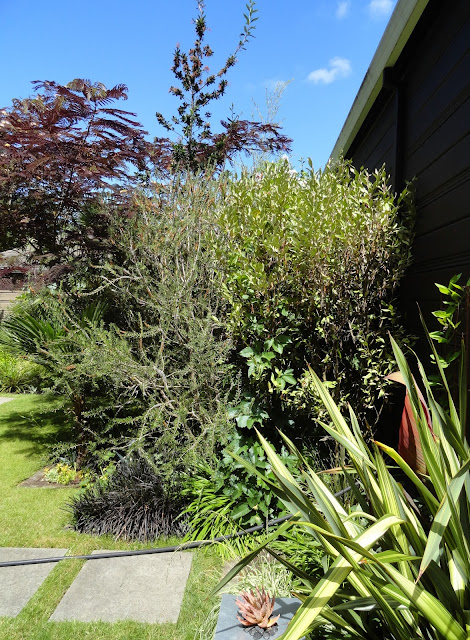 Yet as I walked into the back garden on July 27th and stopped to actually focus on that amazing Grevillea it hit me — hard — it's dead!

When I started writing this post I was calling it "someday I'll laugh about this..." but since I was already laughing the same afternoon the death occurred I decided that was a dumb title. I mean what can you do, but laugh? My Grevillea 'Neil Bell' up and died seemingly over night in 2015 and my G. ‘Poorinda Leane’ did the same last summer. 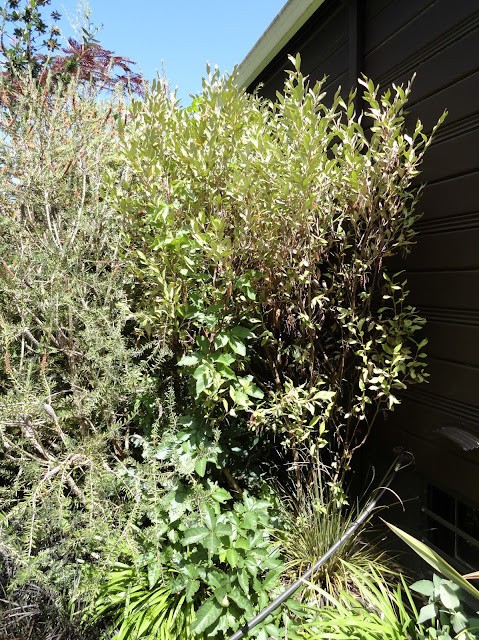 As a friend said on Facebook "Proteaceae like to die. It is their very favorite thing to do"... 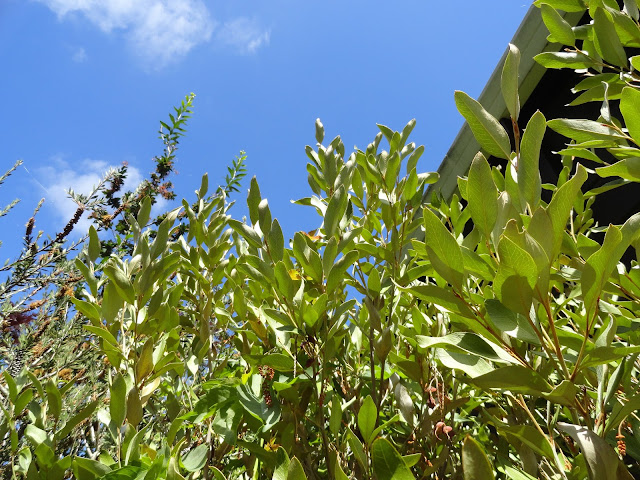 Thing was I had a tour of 30 or so people from Seattle coming through the garden the very next day, and then a magazine was sending a small entourage (three people qualify as an entourage, yes?) to photograph my garden after that. Hello huge dead shrub!!! 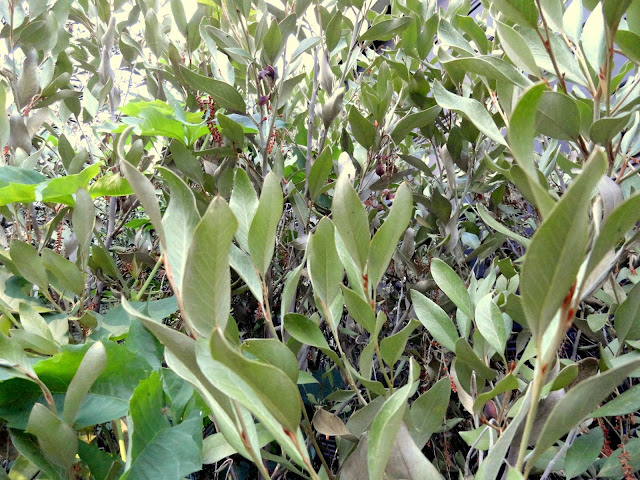 But seriously, what are ya gonna do? Knowing the tour group likely consisted of real gardeners I just left it in place and we talked about it. They were great people and totally understood. 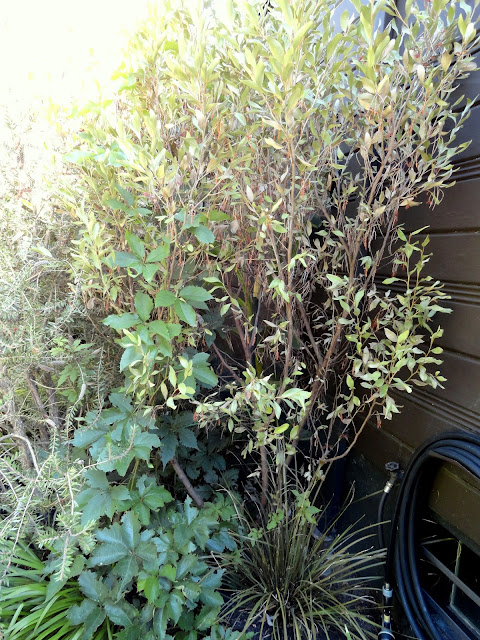 However, that was early Friday afternoon and the magazine group were arriving on Sunday. Two afternoons in the mid 90's. Things were gonna get crispy, I had to remove the dead Grevillea... 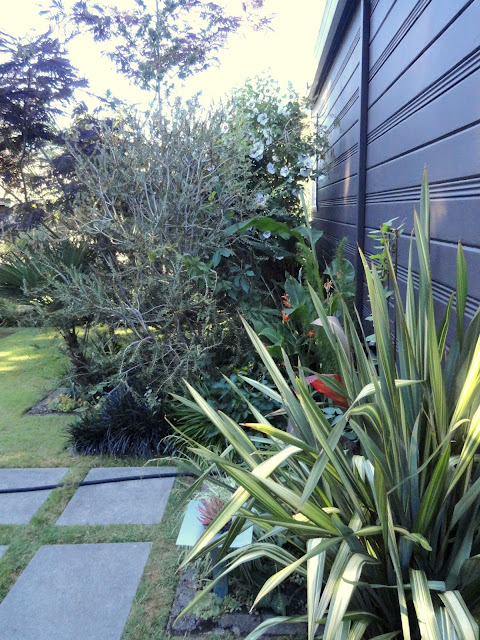 Not wanting to make a quick decision about what to put in its place I ended up falling back on some summer performing favorites. 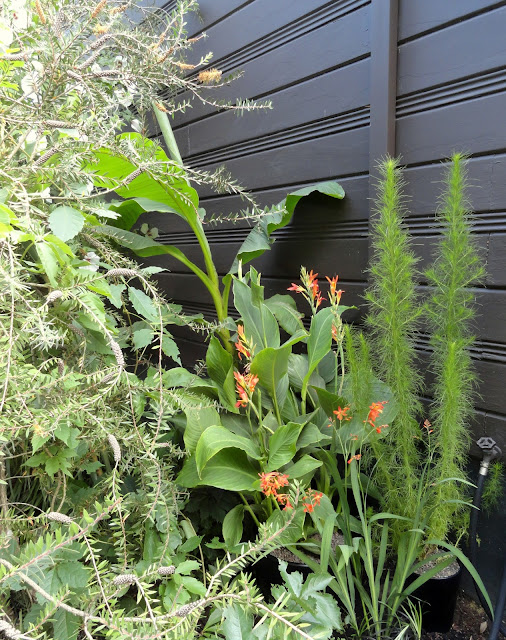 Spot the tall banana (Musa Basjoo) at the back? Funny thing, it's been there all along. It was one of the first things I planted, showing up in VERY early blog post in August of 2009 (yes, that really is my garden). I'd kind of forgotten about it, I knew it was back there but hadn't really seen it for years. Playing off it's tropical "big leaves" made filling in the bare space a little easier. 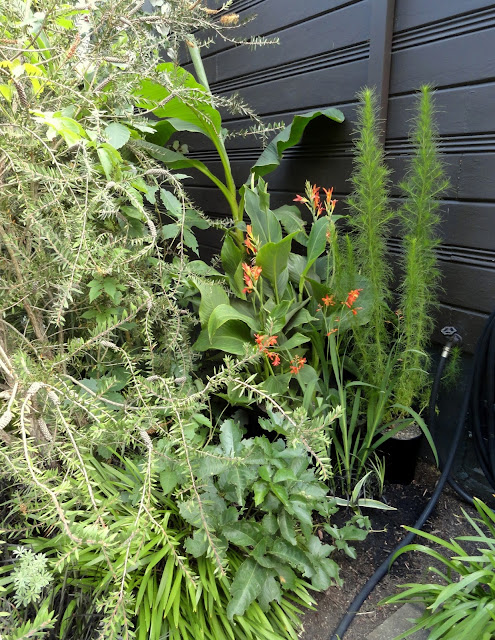 A bit of Crocosmia... 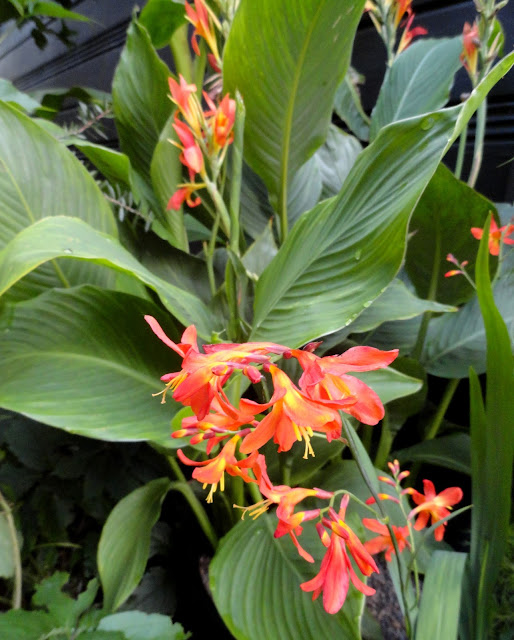 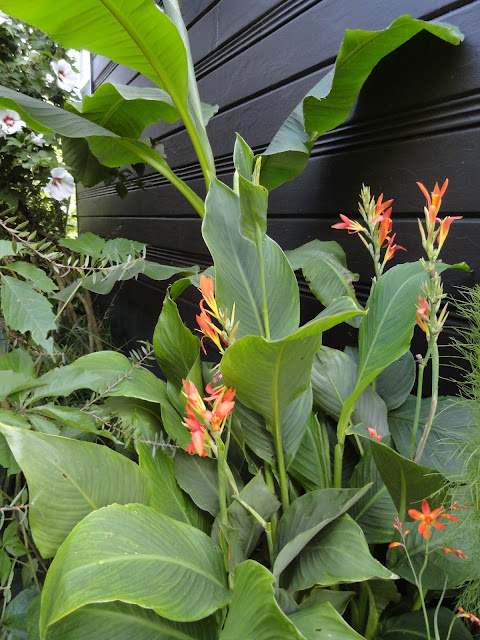 And a Eupatorium capillifolium 'Elegant Feather' I'd picked up awhile back but hadn't found a suitable home for. 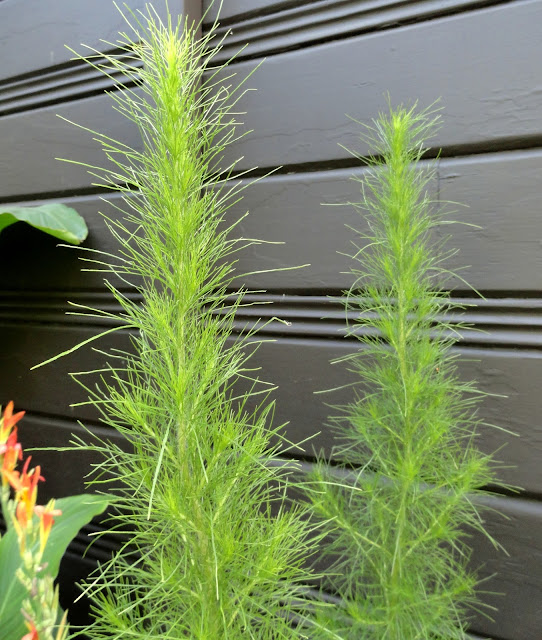 Add an Agave pup, and a few divided clumps of Black Mondo Grass at the base, and who's the wiser? Well me, but I was just standing on the sidelines laughing at it all. 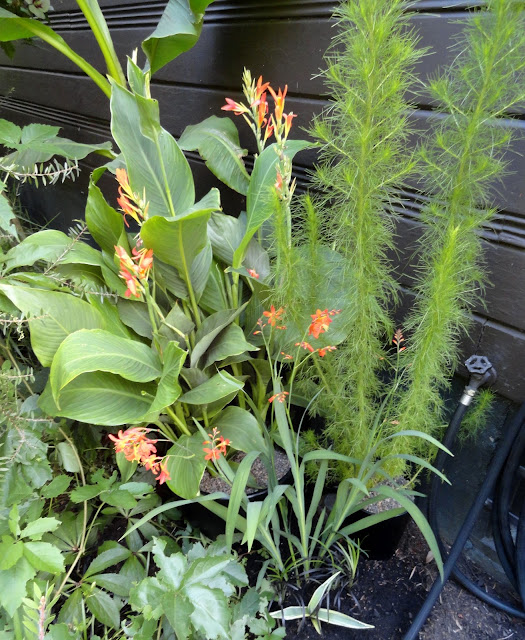