No doubt some of you have caught wind of the fact I jumped on a plane last Monday, (the 16th), and headed south to the land of palm trees, sand, sun and blue skies...aka Los Angeles. I love this city. So much. There was a time when it wasn't cool to love L.A. — if you had to have a crush on any city in California it had better be San Francisco — not sprawling and "fake" Los Angeles. Whatever. 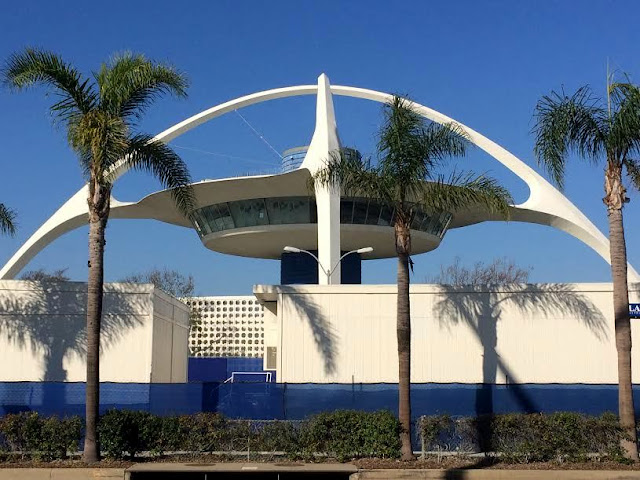 The getaway had been planned long before Portland's snowpocalypse, but just may have saved my sanity. I can only look at a landscape of white, and bundle up for sub-freezing temperatures, for so long. I was on the verge of retreating to the basement and hiding in a corner until July.

So...it was a quick trip, just 3 full days on the ground, but I made the most of it. A definite highlight was visiting the garden that inspires the blog Piece of Eden, and meeting up there with Kris, from Late to the Garden Party. I have so many photos to share!

But until then here's my haul from the trip... 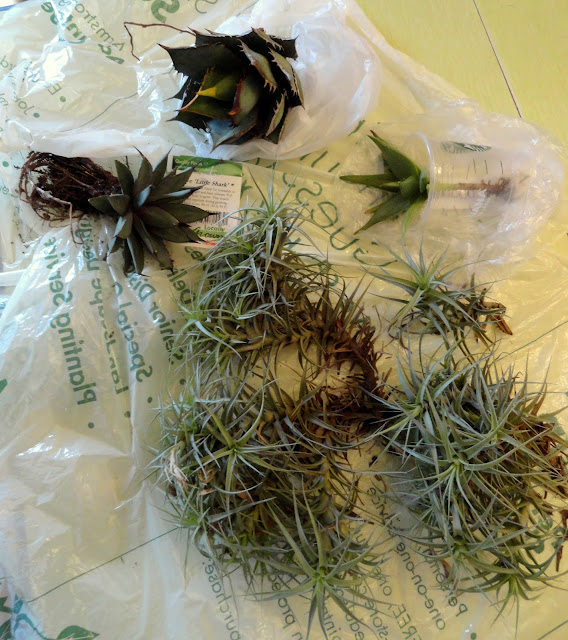 The only purchased plant is this tiny Agave. I know it as Agave 'Royal Spine'... 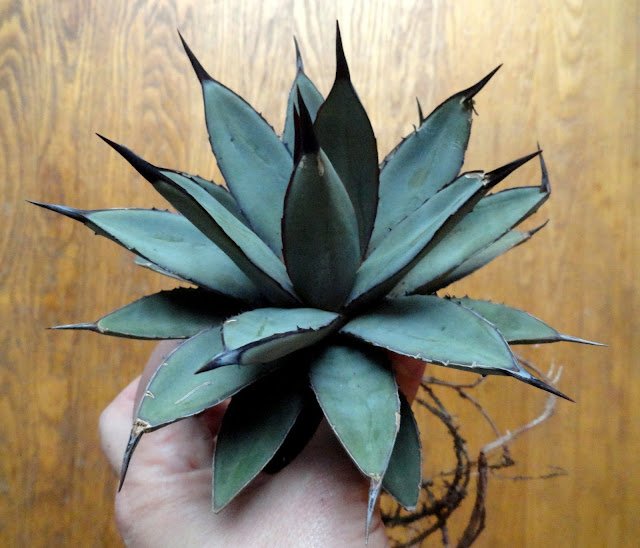 It also goes by the silly name of 'Little Shark' — I had a beautiful one of these but it unfortunately gave in to rot, a poorly draining container that I didn't notice until it was too late. Now I get to try again. 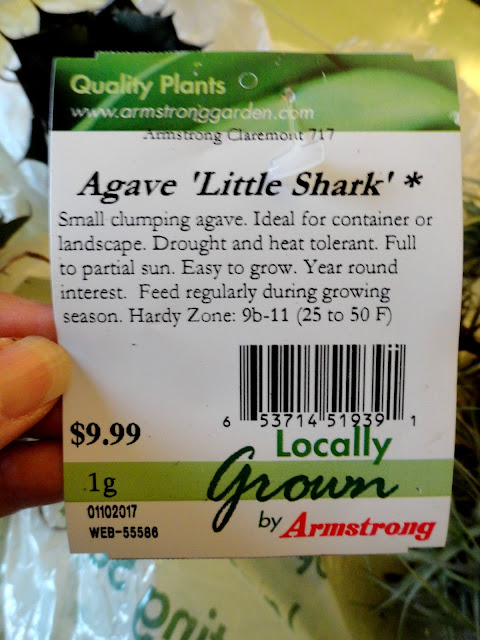 This beauty was a gift from "Hoover Boo" (the blogger behind Piece of Eden). A pup from her dwarf Agave titanota... 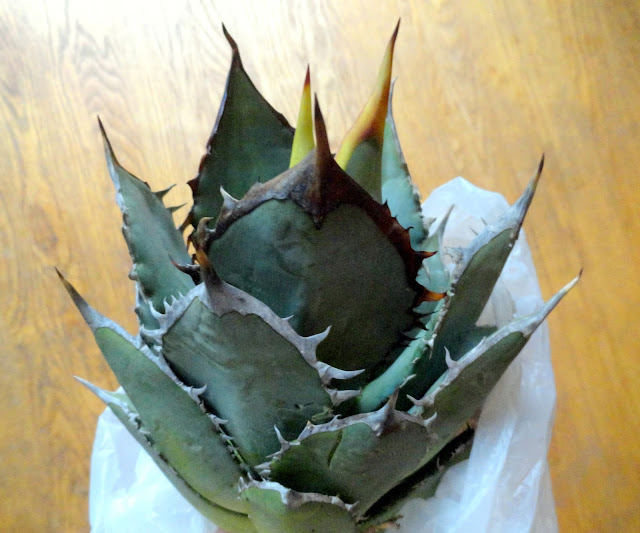 Truth be told, as I was packing it in my carry-on luggage, I wondered "is this when TSA finally says no?" Thankfully they waived me on through, no worries! 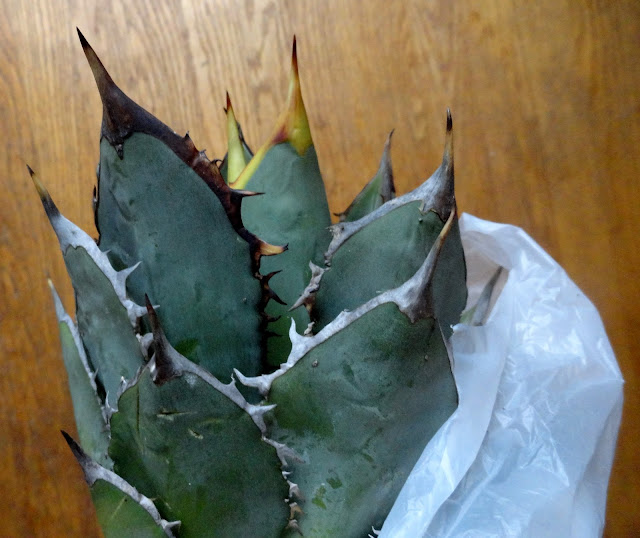 Hoov also shared this little Aloe baby. Aren't the stripes fabulous? It's Aloe deltoideodonta (possibly var. fallax, or possibly not, according to Hoov). 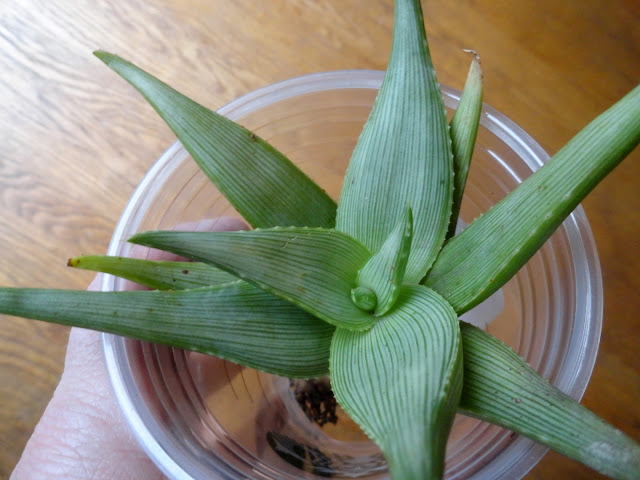 I was worried about getting it home without damage, then while enjoying my iced non-fat mocha the next morning, I had a vision. Cutting the bottom off the cup, and sliding the plant in from the top, gave it just the extra TLC it needed. 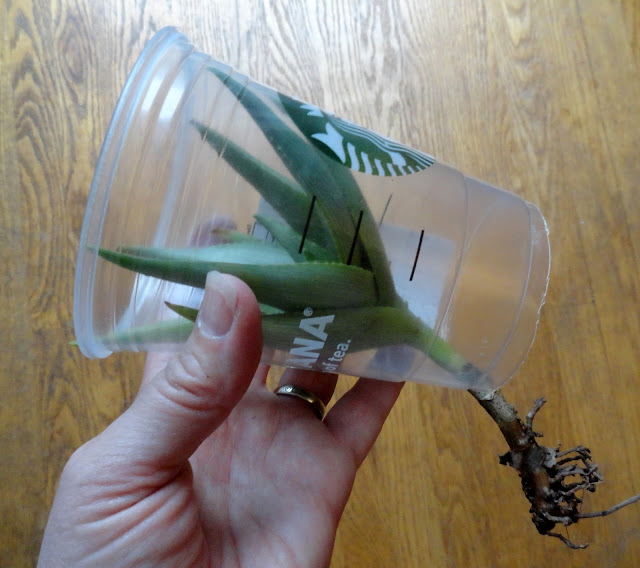 Finally, there is this! 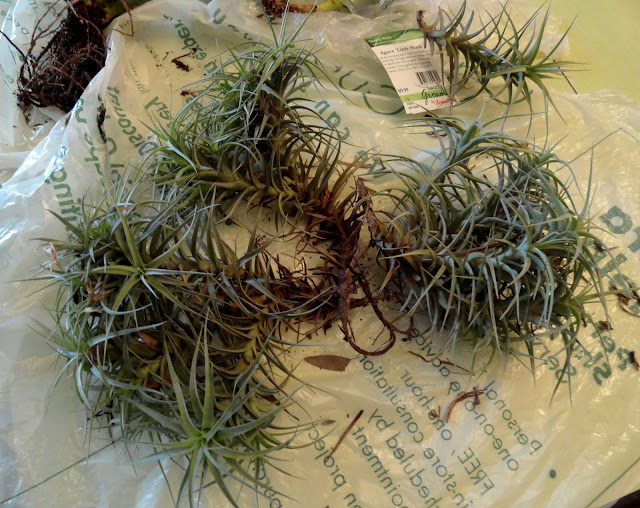 Hoov took Kris and I over to tour the garden of a neighbor and friend, K, whom casually mentioned that if we wanted any of her "ground-cover" Tillandsia (!!! really!!!) let her know. I was extremely intrigued at the idea but thought I couldn't possibly ask for any. Then as she toured us around the garden and I kept seeing more, more, more, I finally thought "what the heck" and asked. She reached down and grabbed a huge chunk, and then another. I almost passed out. 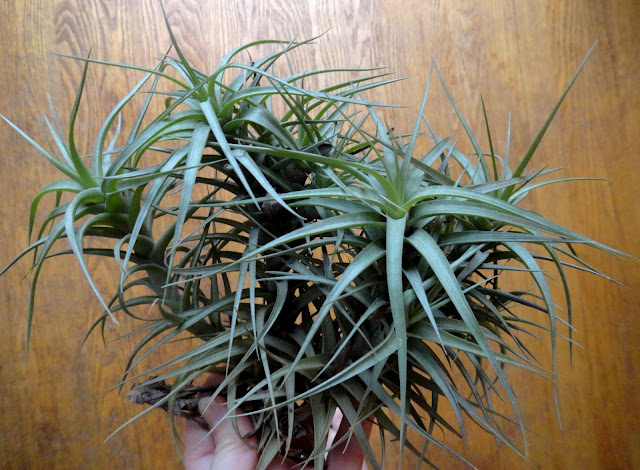 This is gonna make a great accent plant on Clifford (my Magnolia macrophylla) this summer! 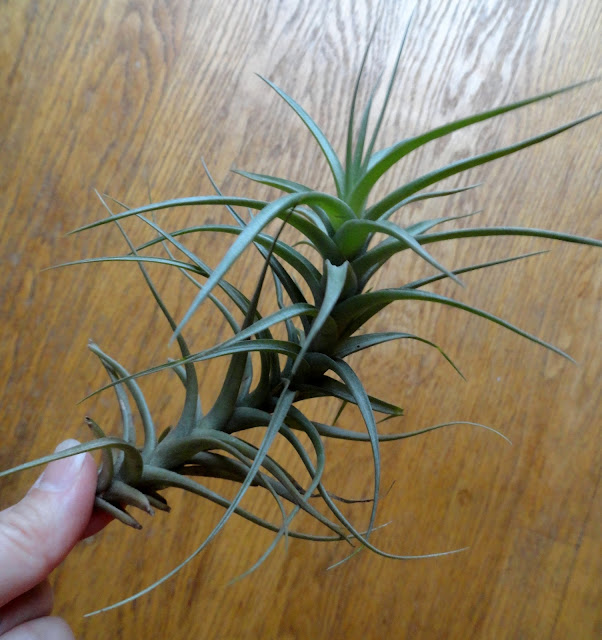