In a Vase on Monday, channeling my inner FTD Florist 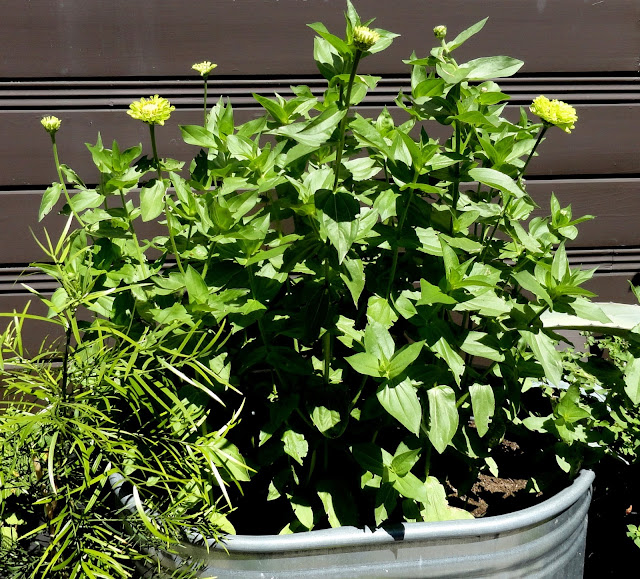 Needing to rotate my tomato crop I couldn't come up with a veggie that I really wanted to grow in the second stock tank, so I opted for Zinnias — strictly for cutting. I planned to grow Z. 'Envy' but I guess that one has been replaced by Z. ‘Benary’s Giant Lime’ — at least at the supplier I was dealing with. 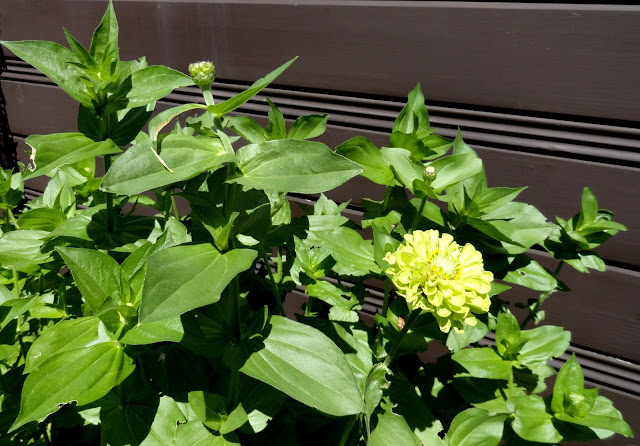 To my eye 'Envy' is greener, where as ‘Benary’s Giant Lime’ has a yellow bent. Oh well. The seeds have certainly produced, and I've cut several handfuls of flowers only to have more open the next day. I guess it's time to do a dedicated "In a Vase" post using these stems. Not wanting to be monochromatic I looked around for suitable companion flowers. Aha! There were a few orange Crocosmia only visible when I stood in a certain spot on the patio. That's no good (wasted!)...so I cut them. 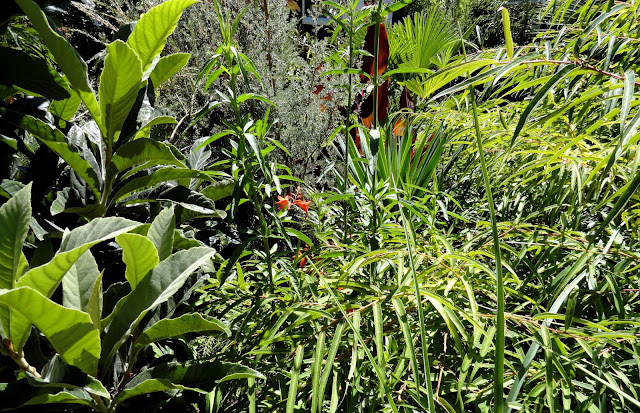 Combined with a sprig of Grevillea 'Ivanhoe' foliage and using that special orange vase here's what I came up with... 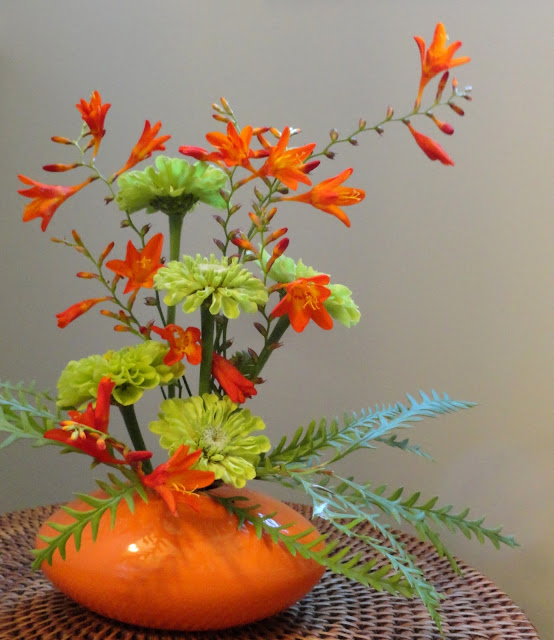 And yes, the post title kind of reveals how I was feeling about this creation. 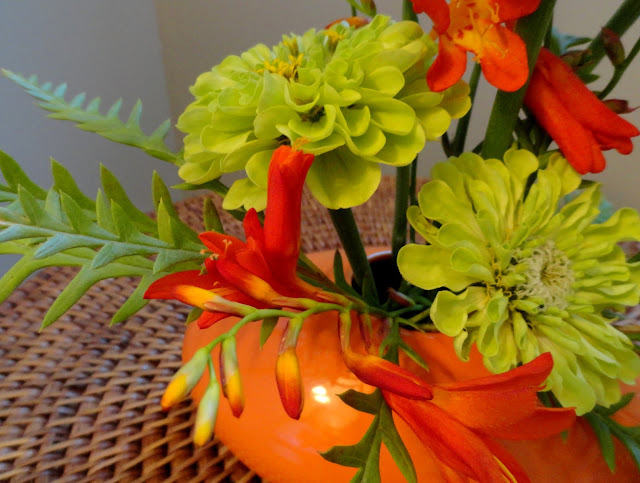 I adore the elements...but it felt kind of "churchy" when it all was said and done. 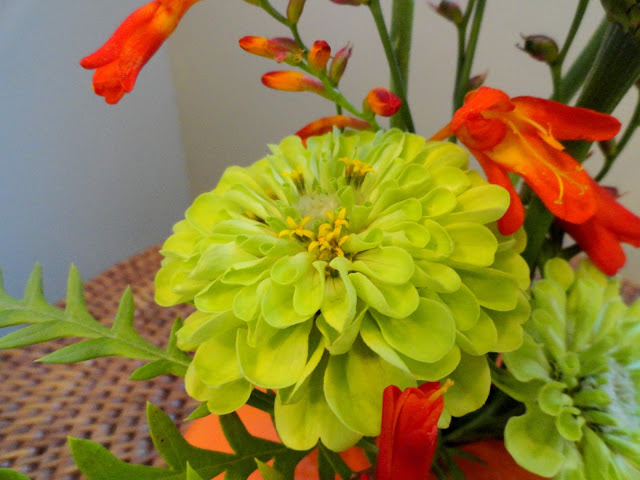 As if to back up how I was feeling, when Andrew came home — and noticed it — he said "where'd you get that?" ... ("I made it, from things in the garden")... "Oh, it looked like something a florist put together"...and I don't think he meant it was over-the-top-romantic or special. 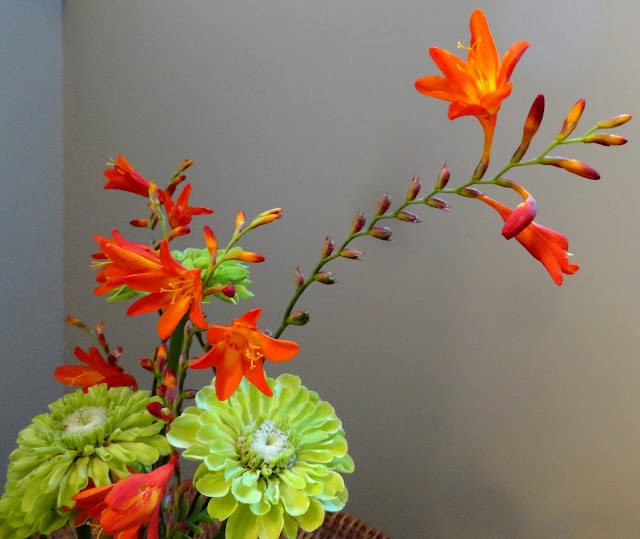 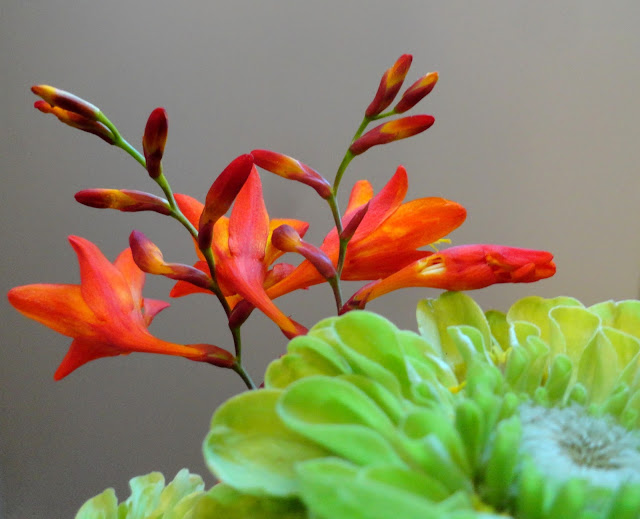 I still like it, especially from the back side (whodda thought?) 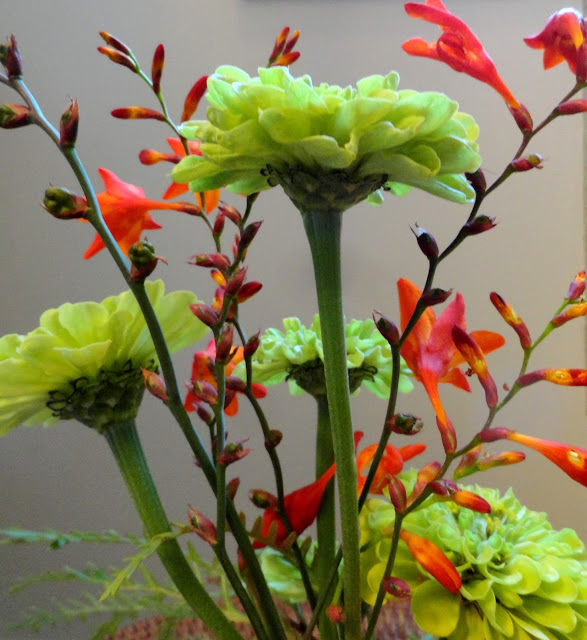 Poor thing ended up behind the kitchen sink, since a cactus had been moved outside recently and the space seemed to beg for something new. Plus, then I can appreciate at it when doing the dishes! 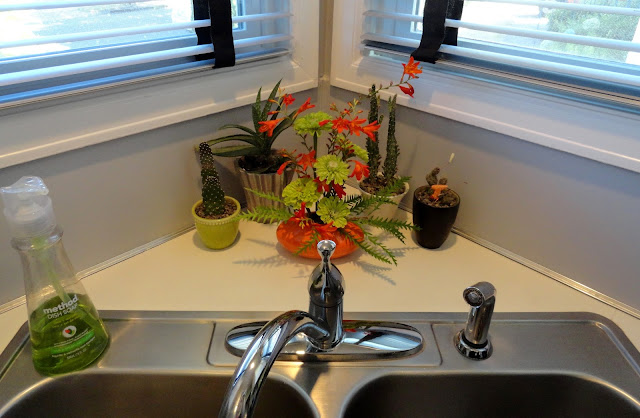 "In a Vase on Monday" is hosted by Cathy at Rambling in the Garden. To see what other bloggers have put together this week just click on that there ^ link... 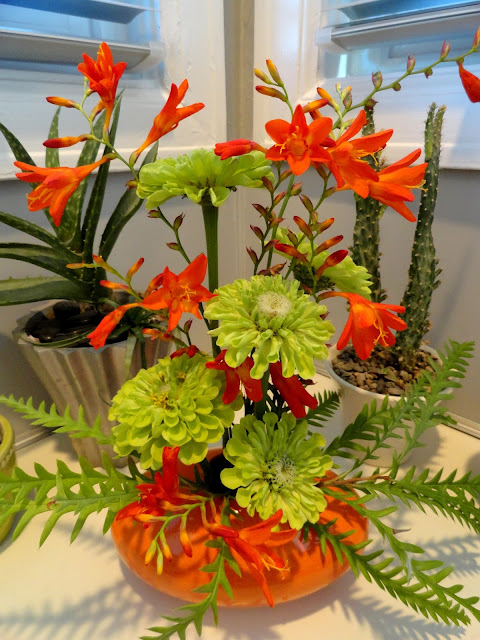