Back to Santa Barbara, CA, for a quick look at the amazing tile work to be found all over the city. This tile fountain was just outside the front door of our hotel... 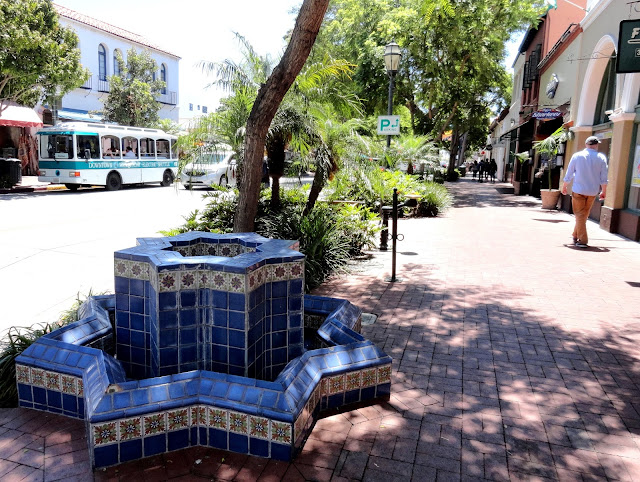 There was another like it a few feet down the street, both had their water turned off  — no doubt due to the ongoing California drought. 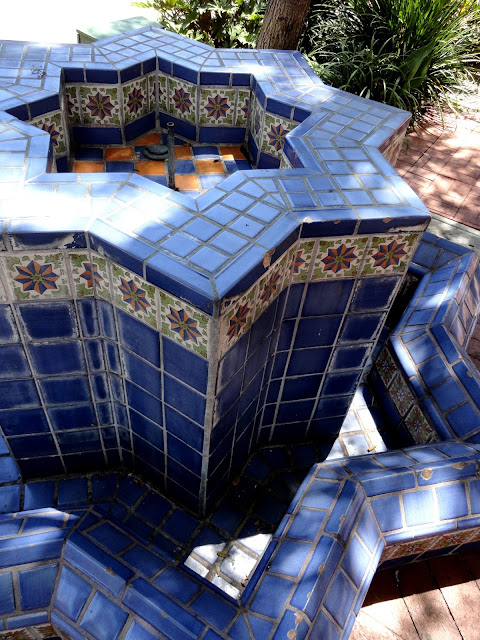 Never has a "smokes and beer" quick-mart looked so fancy! 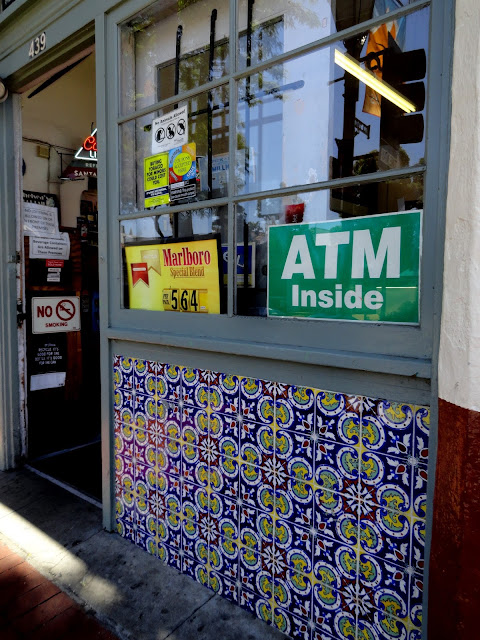 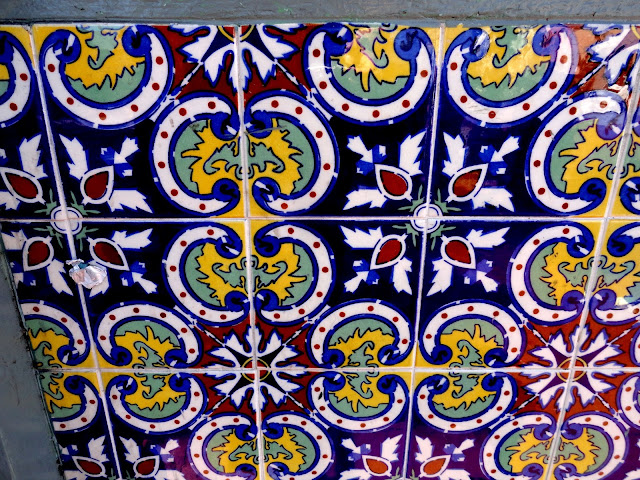 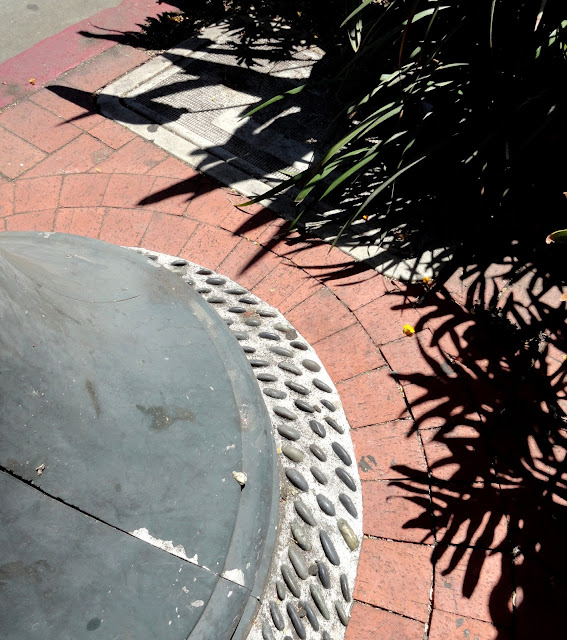 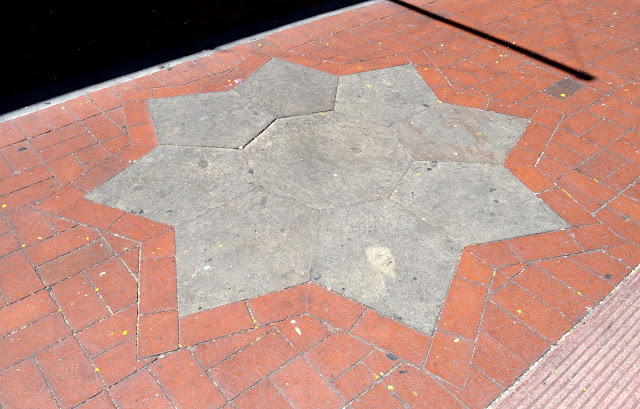 Although it was what caught my eye over and over again. 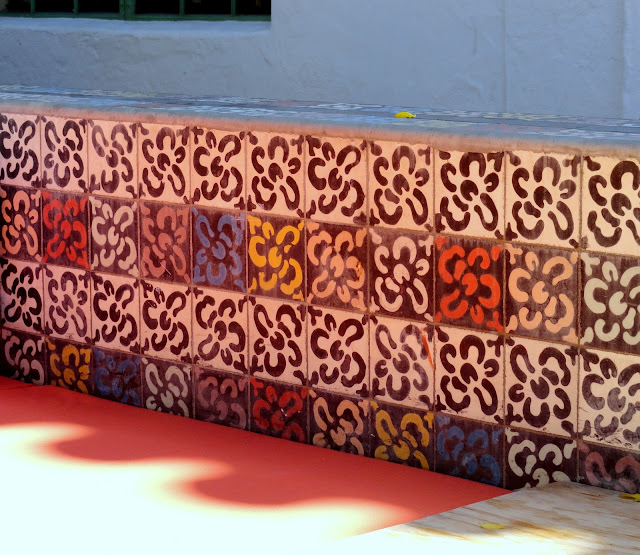 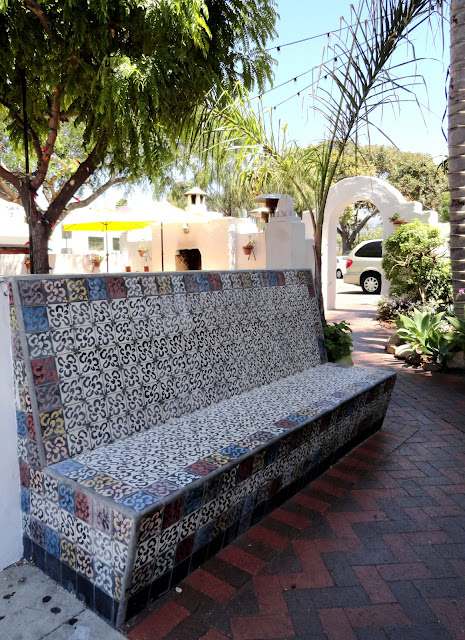 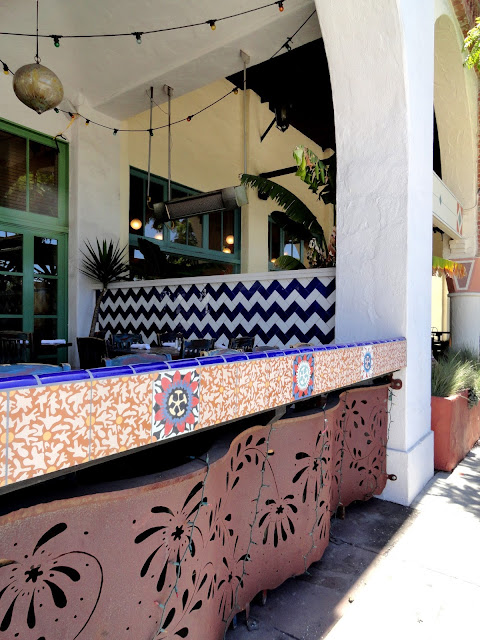 Must have been a newsstand at one time? 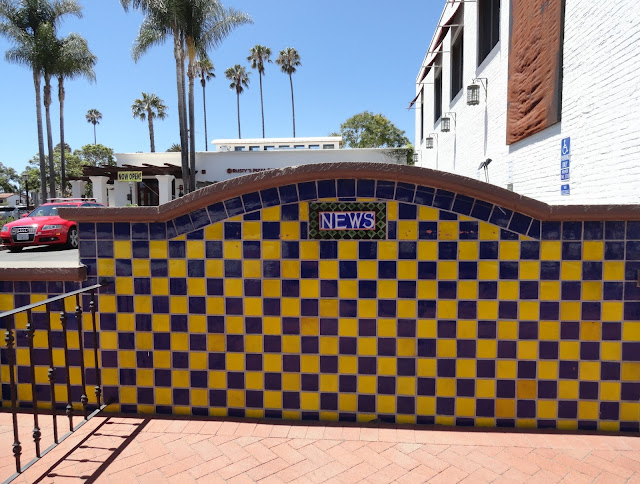 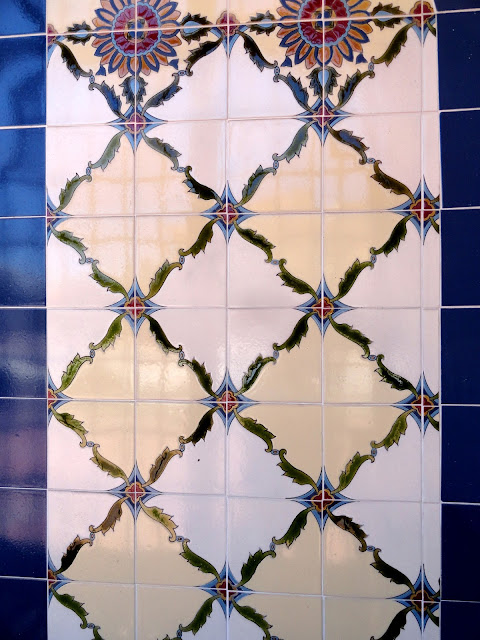 Tile in the risers of staircases is such a fabulous touch. 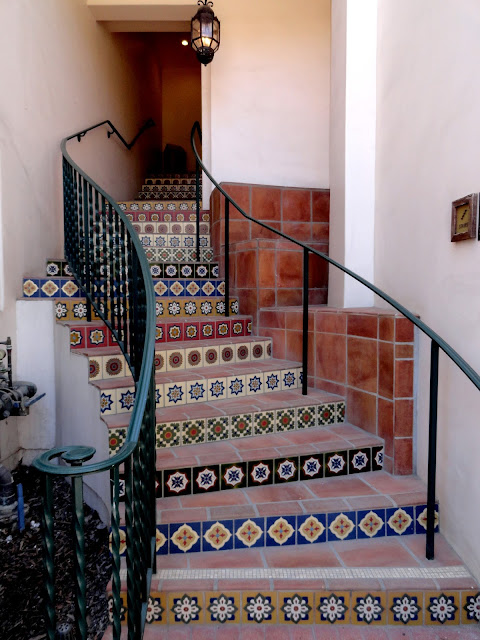 And one I saw repeated over and over again. This was the staircase at our hotel. 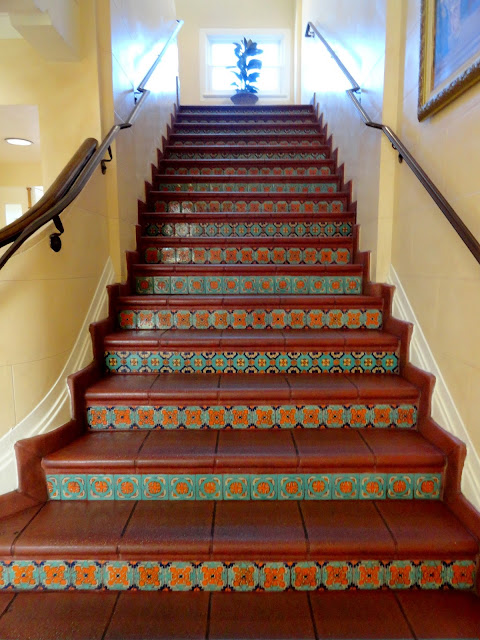 And this one was at the airport. 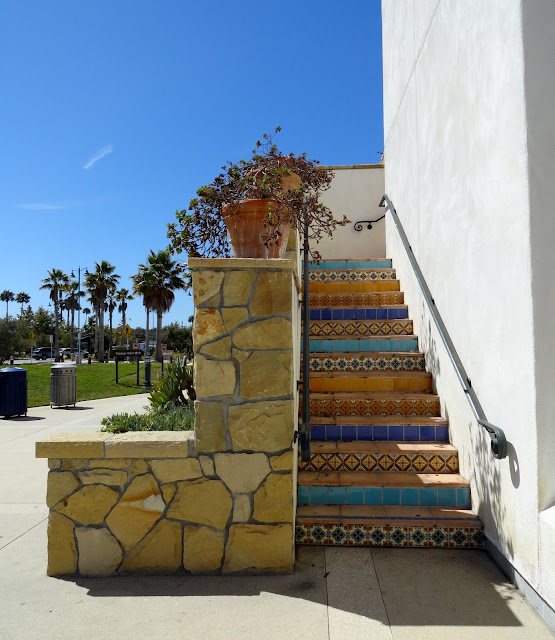 Which itself was a nice mix of new and old. 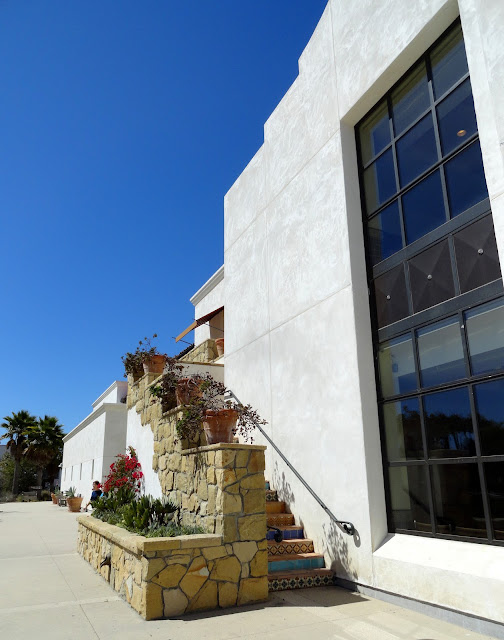 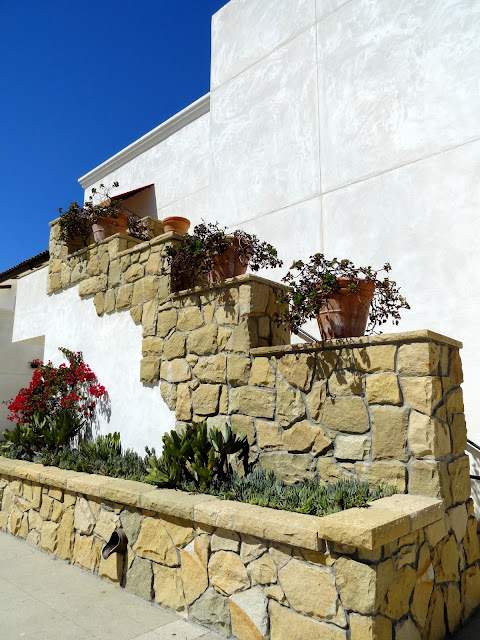 One of the reasons we chose Santa Barbara (and Lotusland) as the destination for this quick getaway was the fact there were direct flights to and from Portland. When you don't have much time who wants to spend it making a connecting flight? 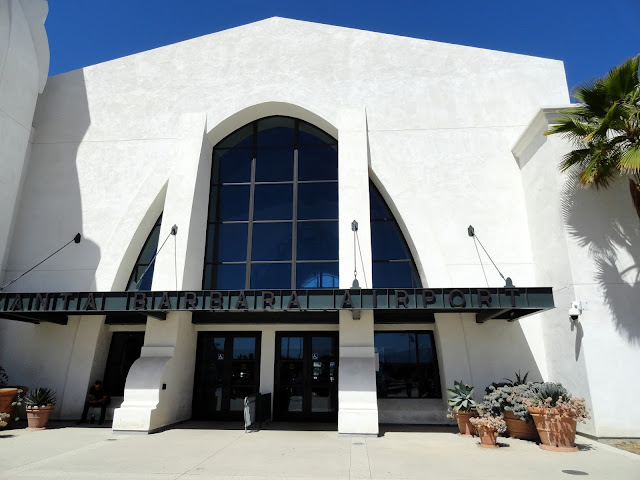 The "joke" was on us though. As we started our descent into the area (the Santa Barbara Airport is actually in Goleta) the pilot announced that we wouldn't be landing because the runway lights were out. We were diverted to the Burbank Airport about a hundred miles away. 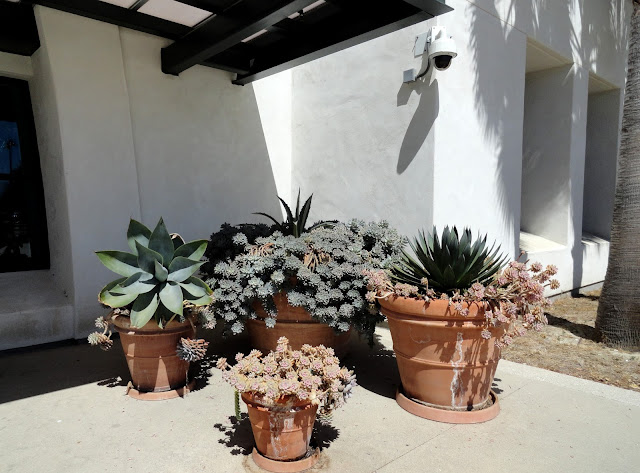 The hope was the problem would be quickly fixed and we'd be back on the plane. Sadly that wasn't the case. Our nonstop flight not only ended up with a stop but we got to our final destination via a 2-hour bus trip — a 9 pm arrival time in Santa Barbara ended up being 12:30 am. I was thankful to have booked the afternoon time slot at Lotusland the next day, not the morning one. A nice sleep-in and our "vacation" was back on track the next morning. 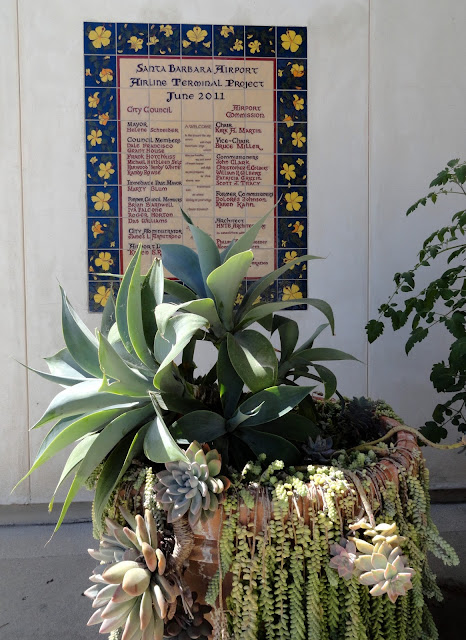 And our flight back home 2 days later was a breeze... 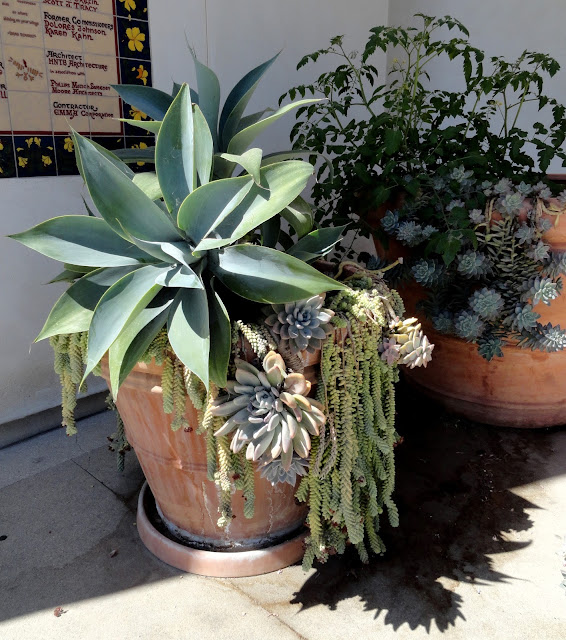