In a vase on Monday - "just can't stand the heat" edition

You may have heard...it's been hot up here in the Pacific Northwest. Even when one does their best to stay on top of watering, things will flop. Case in point several Syneilesis aconitifolia stems had gone horizontal. Rather than risk them getting walked on I snipped them, off and brought them inside. 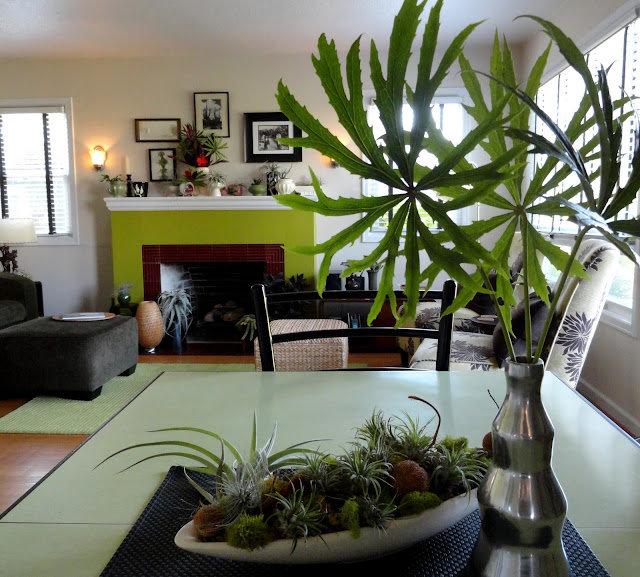 They add a little zing to the dining table. 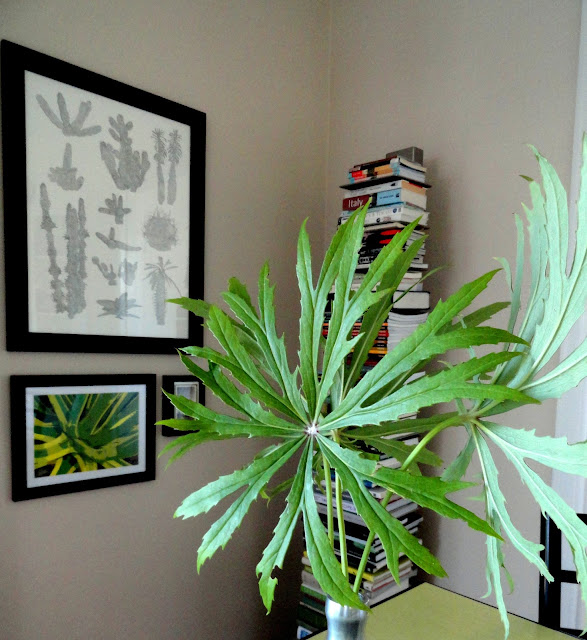 There were a few more, so they joined the Canna bits in a vase on the mantle. The Canna flower buds proved too heavy for their stems and they just couldn't stay upright, by the time I noticed they were bent in half. It's my fault, had I paid attention I would have given them enough water to keep them happy. 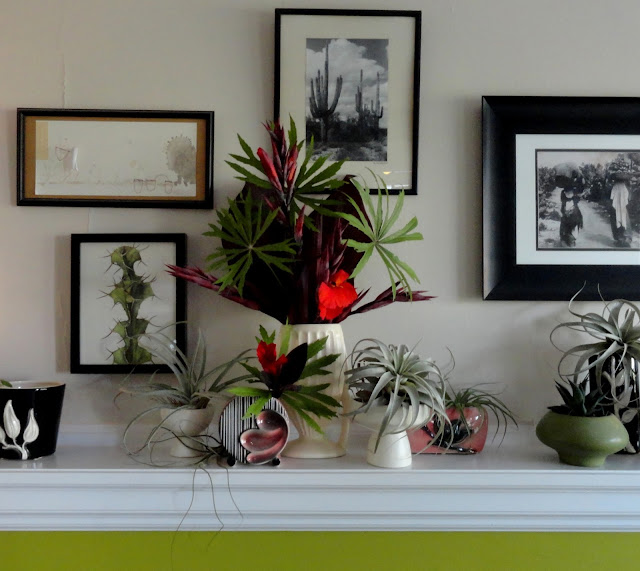 It's a strange arrangement but I do like it. For some reason it makes me think of the vintage flamingo print I always meant to buy... 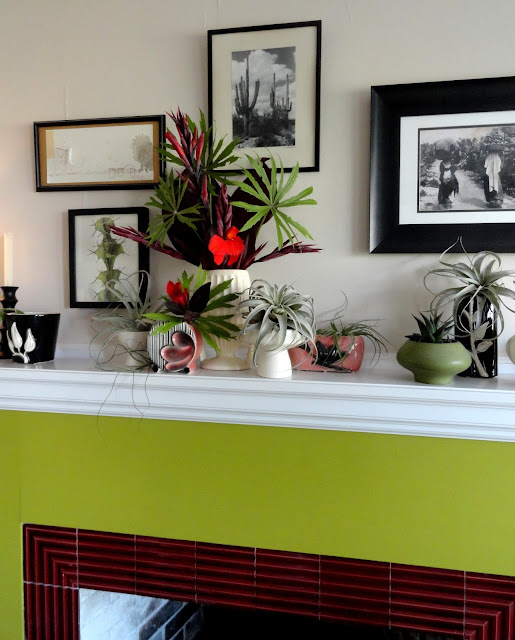 This one! I'd buy it now but Andrew is not a fan. 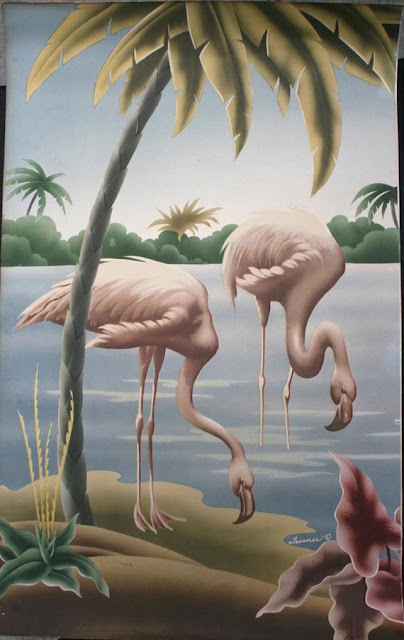 This is really is a silly arrangement to share here, as it's obviously just garden "scraps"...but hey, if it encourages someone else to plop something in a vase rather than toss in in the compost then great! 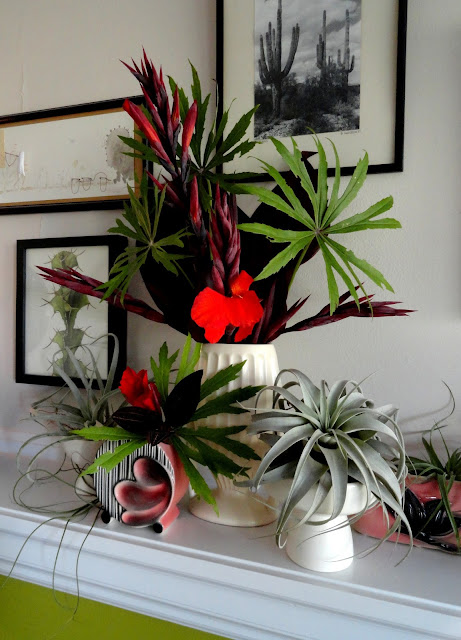 The flowers as they open are shockingly bright. 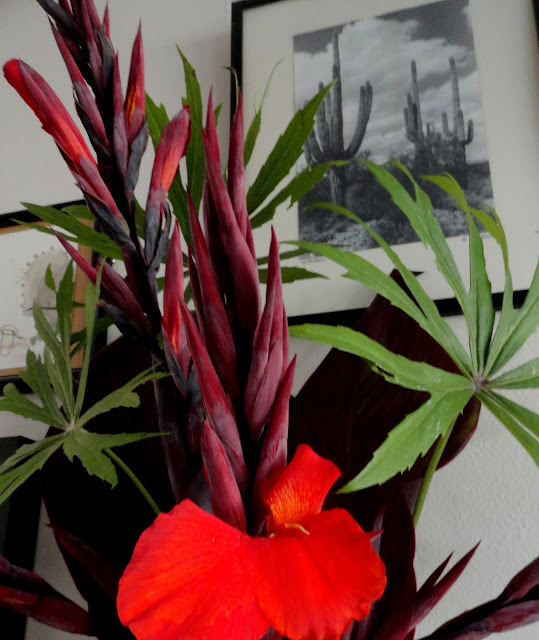 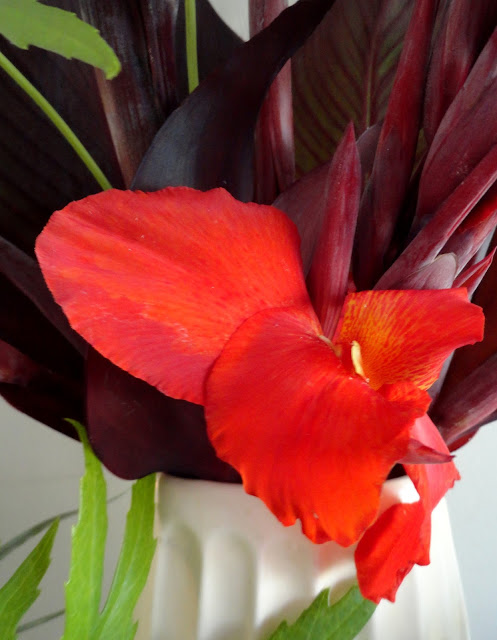 The small vase in front holds a stem from my Ludisia discolor, it's been rooting in water. I added a Syneilesis aconitifolia leaf, and then one of the Canna blooms just fell into place. How perfect is that? 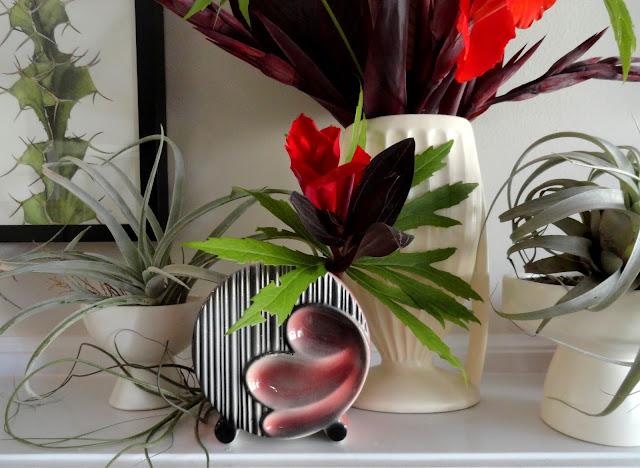 With these completely unplanned (and very odd) arrangements I'm joining up with Cathy at Rambling in the Garden where other, more prepared and talented, bloggers post photos of arrangements pulled from their garden. Check it out! 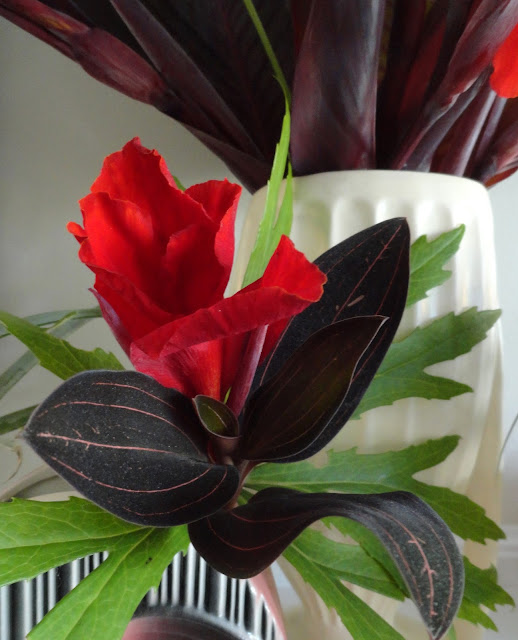 Labels: flowers, in a vase on Monday, inside the house, my garden