Foliage Follow-up in the veggie garden...

I love basil, love it! Can't grow enough of it. I've tried purple basil from seed before, with limited success. This year I spotted some tiny starts in the veggie section of the supermarket nursery. Score! 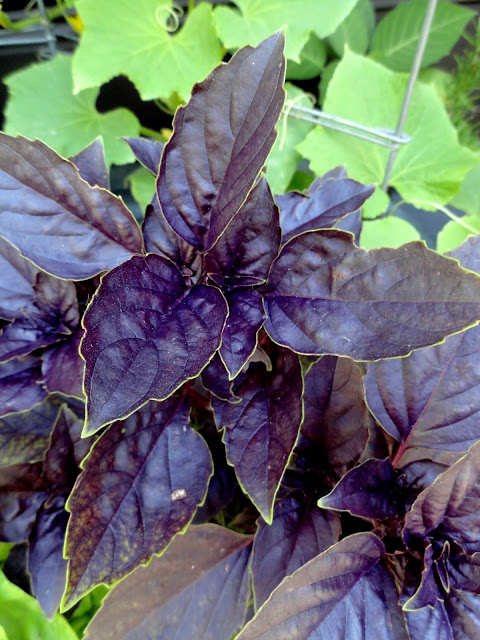 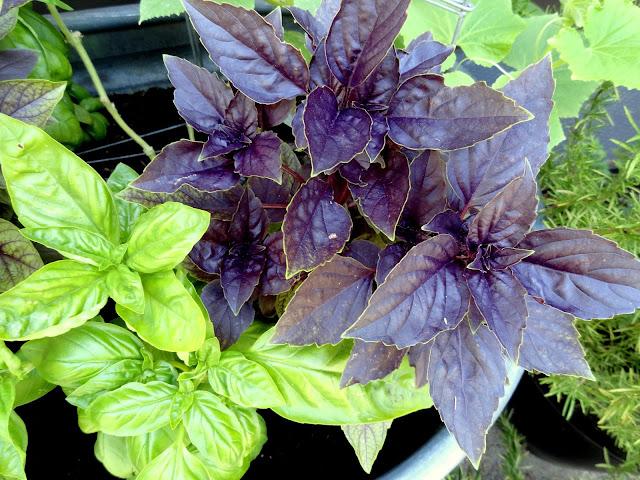 The tiny outline of green makes the plants almost too pretty to eat. Almost. 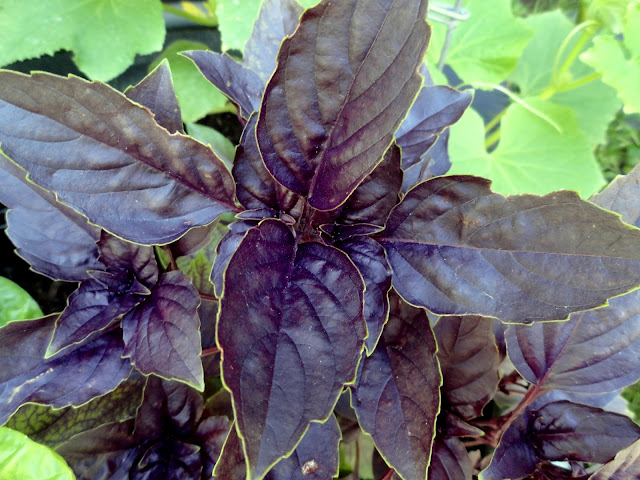 The basil is sharing space with cucumber vines, another veggie foliage fav. Up until the point they start to get all mildewy, which thankfully hasen't happened yet. 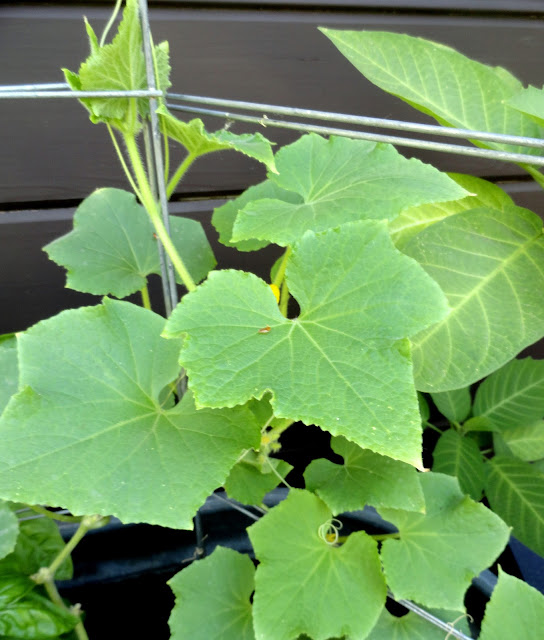 Raspberry foliage, from a dwarf BrazelBerries® Raspberry Shortcake™ plant that I was doubtful would be worth the price required by the ® and the ™ ... but it really is! It's stayed compact and been loaded with tasty berries for months. 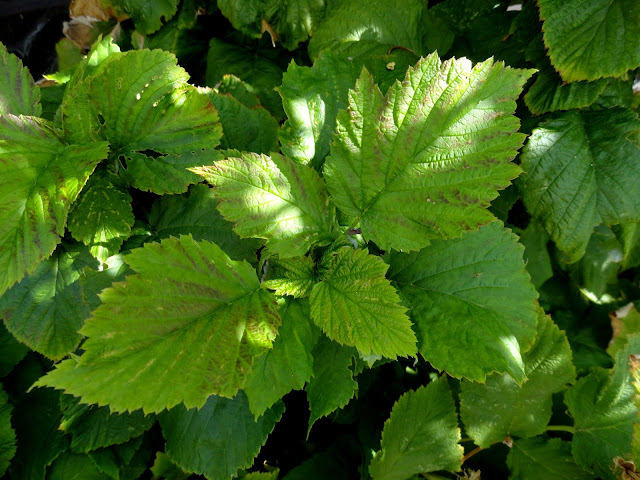 Ginger mint, growing up around an Agave. 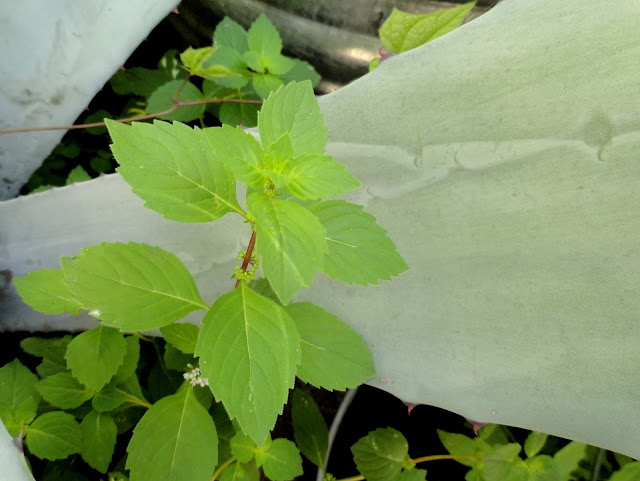 Its blooms have always been hugely attractive to the pollinators. So much so that I've never worried about having flowers near my tomatoes, the mint brings them in by the dozens. 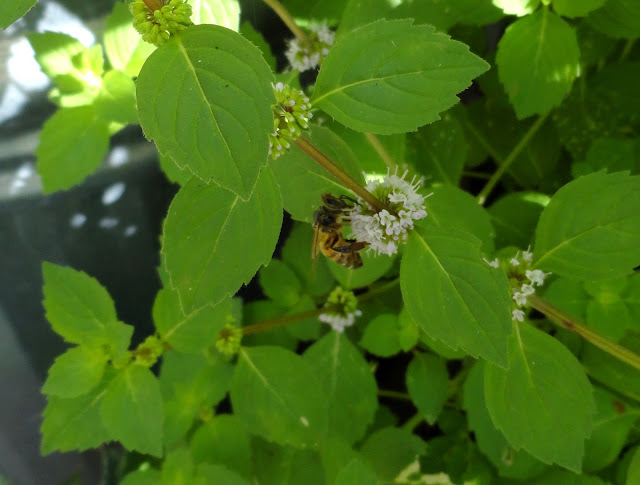 However this year something is different, my tomatoes are all foliage and flowers with very little fruit. Not knowing exactly what the problem is I decided to try the "more flowers" to attract more pollinators route. I bought a Mina lobata ("Exotic Love Vine") thinking it's cool flowers would look great growing up through the tomato plants. The joke is on me though because thus far it too is all foliage and no flowers. Is this some sort of cosmic justice to my placing so much importance on the foliage in my garden? 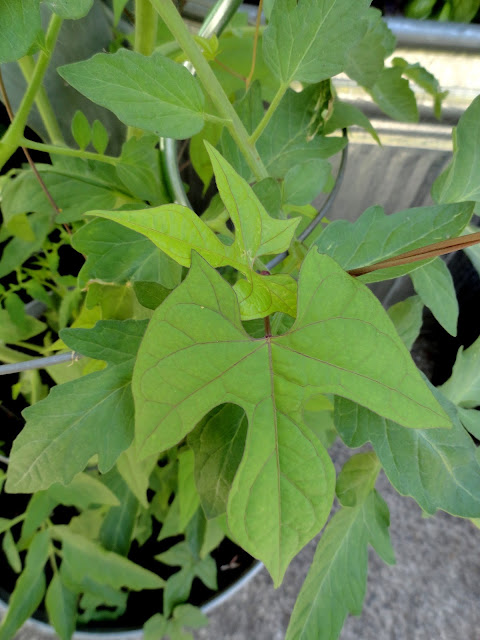 At least the foliage is fabulous, and it's making nice with the Agave. 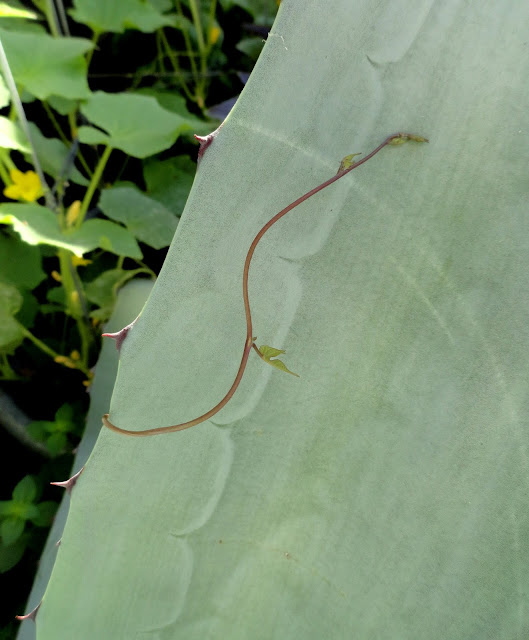 And the purple basil! Foliage Follow-up is hosted by Pam, at Digging. It's always the day after Bloomday. A moment to stop and savor the foliage, maybe even in the veggie garden! 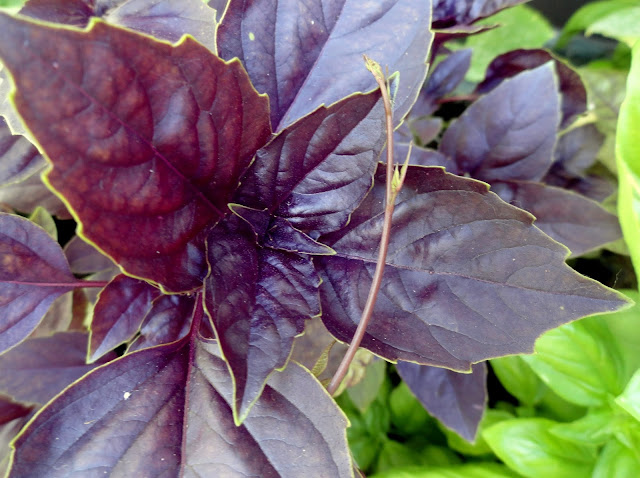