Hug me, a book review and garden mystery...

Some of you might remember a post I did back on June 11th, about a bookstore in Canada that Andrew had found online and we hoped to visit (if you didn't see that post click on that link, it's wonderful!). I never made it out to Type Books but Andrew did and he bought me this... 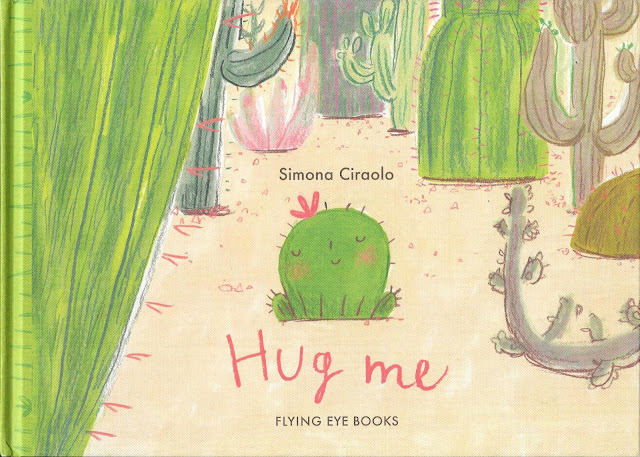 Which I intended to write about, but hadn't gotten around to. Then, while intensively watering the garden in preparation for our ongoing June heatwave, I saw this - my own, real-life, replication of the book cover! 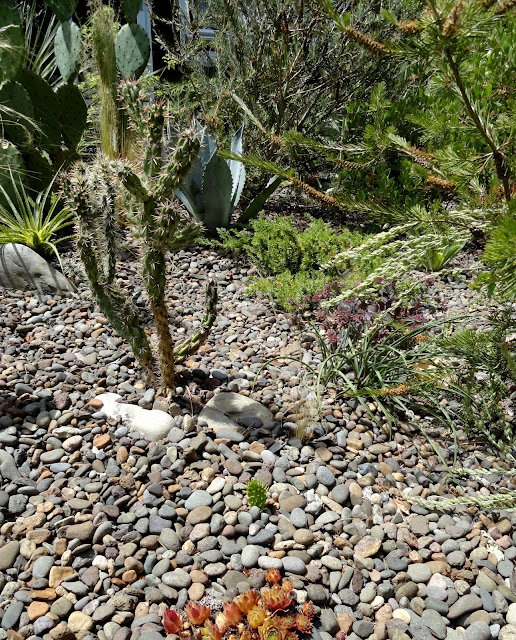 Who is that little guy and how did he get there? I might have grown an Opuntia there in the past, that died, but I don't think so. No seeds have been scattered, it's a mystery... 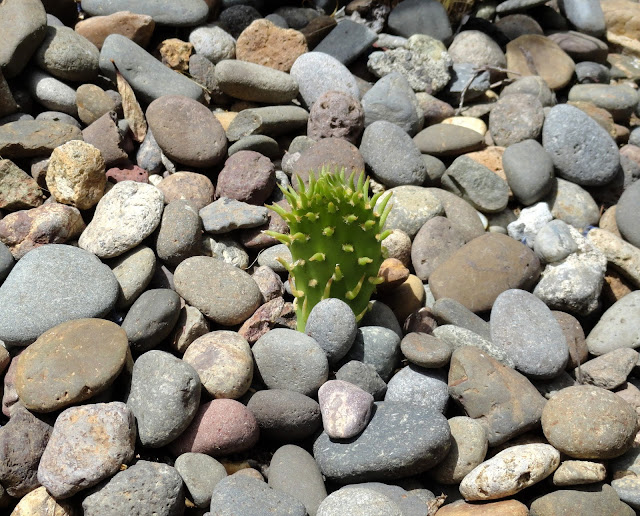 So the book, well it's a treasure. Here's one half of the front endpapers. It's a family tree on an Opuntia (!!!). There's Auntie Opuntiae and Unclelus Notocactus, and in the center Cacti Manor. It continues onto the other half, which I didn't scan. 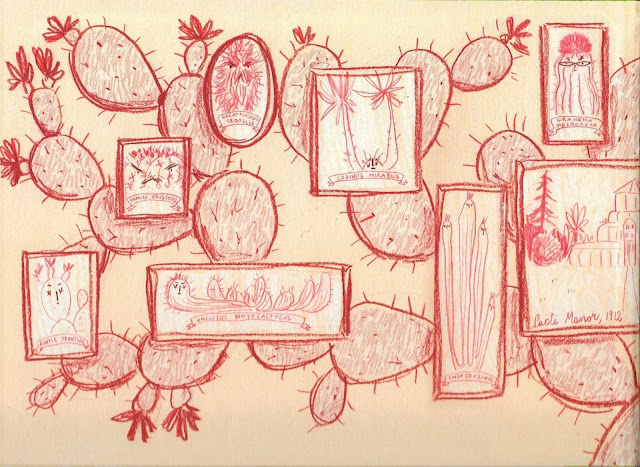 Felipe is the book's hero character, and the little cactus on the cover of the book (shown at the top). 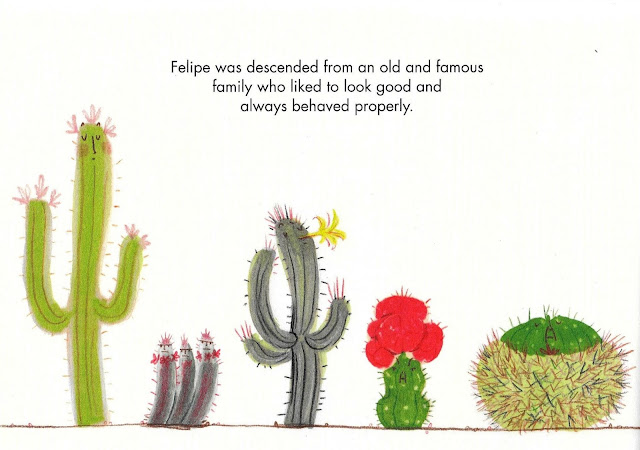 Here's Felipe in his own, private, home - after he was banned from Cacti Manor. Since he learned to enjoy his own company, and nobody else's, he wanted to make sure trespassers got the hint and stayed away, hence the threat to be "prickled." 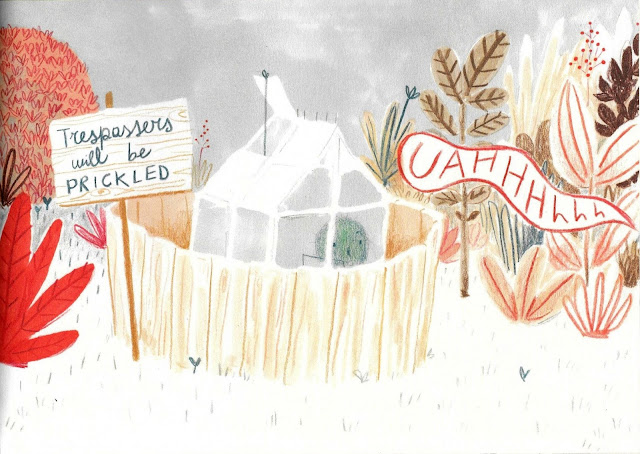 I'm purposely not giving much more away, Hug Me is a delightful book with gorgeous illustrations by Simona Ciraolo - check it out! And the next time we have a young visitor I can't wait to grab it and share it with them.

Oh, and now I've got my own cactus named Felipe... 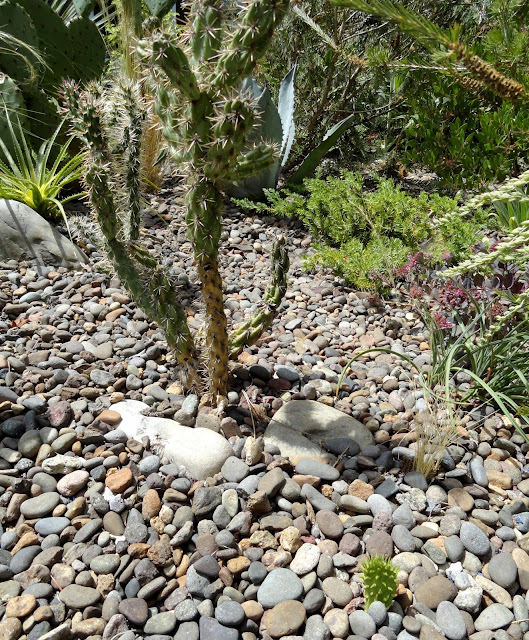 All material © 2009-2015 by Loree Bohl for danger garden. Scans of Simona Ciraolo's illustrations and text for Hug Me used my permission from Flying Eye Books. Unauthorized reproduction prohibited and just plain rude.