My favorite plants in the garden, for January 2015

It's that time again, the end of the month (January is over!!!) and a wrap-up post of my favorite plants in the garden... 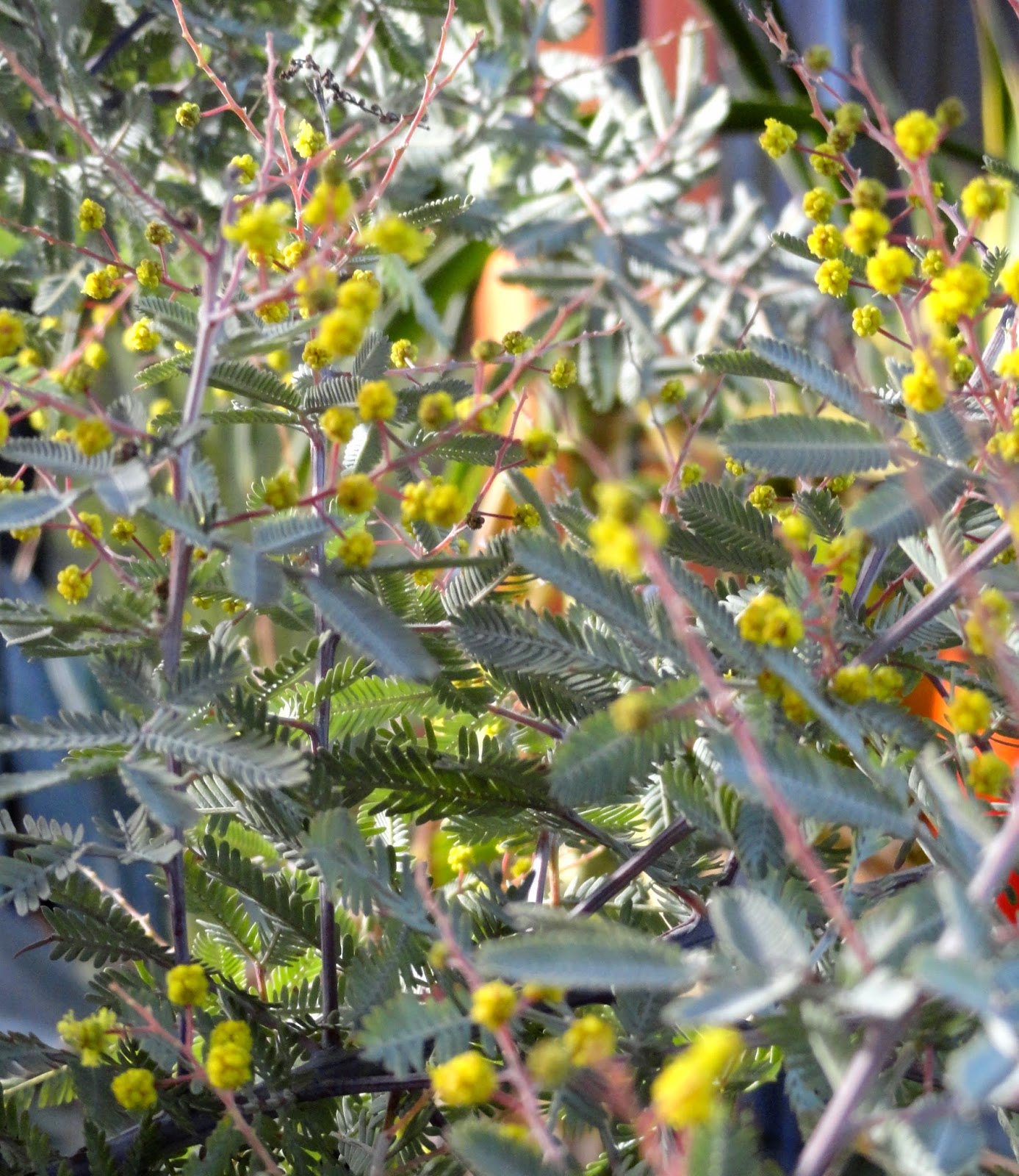 This beauty, Acacia baileyana 'Purpurea', took my breath away while I was working in the shade pavilion greenhouse (written about yesterday). Those leaves, those tiny yellow pom-pom blooms. 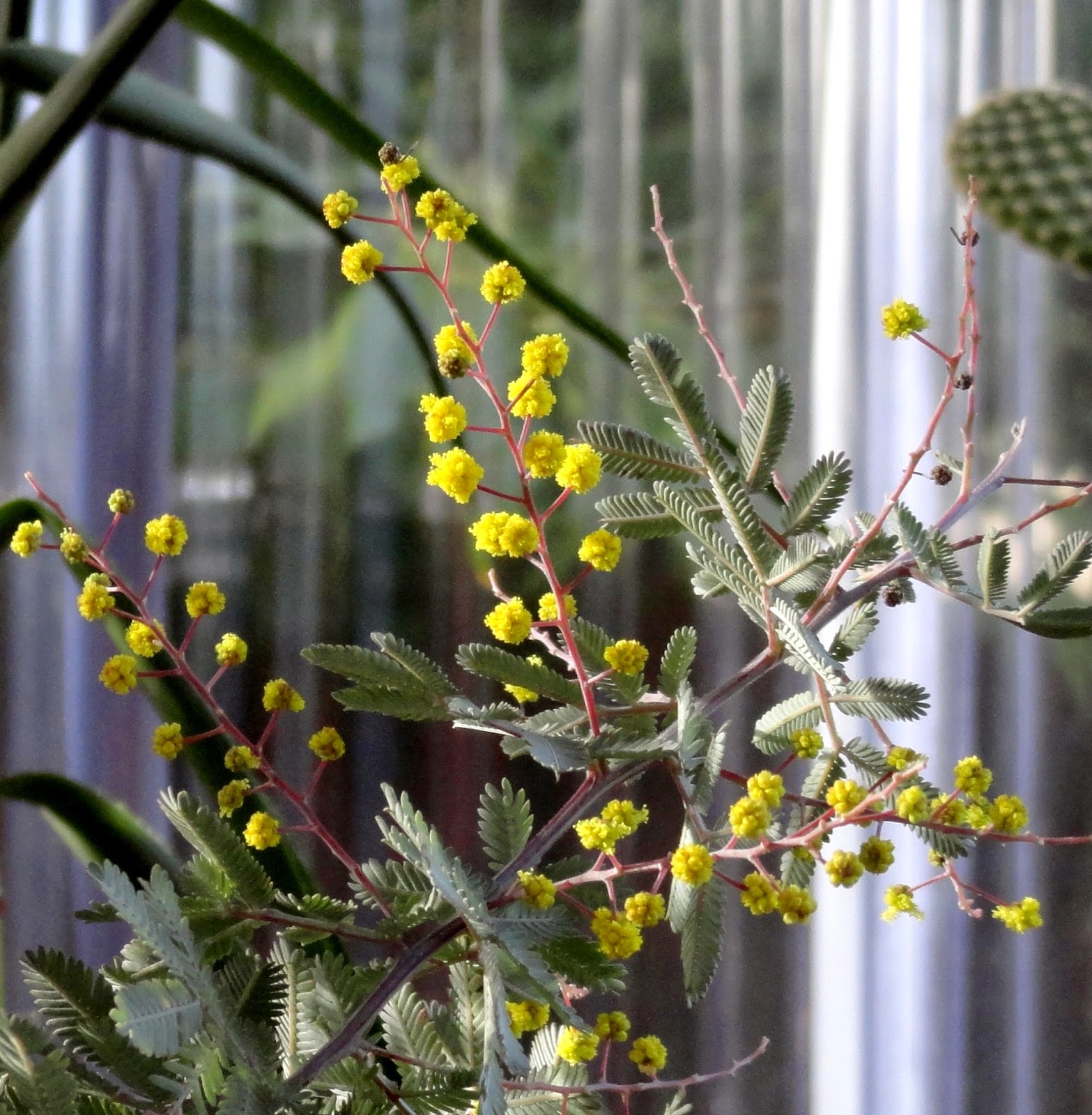 In fact the only thing I don't love about this plant is that it's not hardy in the ground here in Portland, so it has to live in a container. 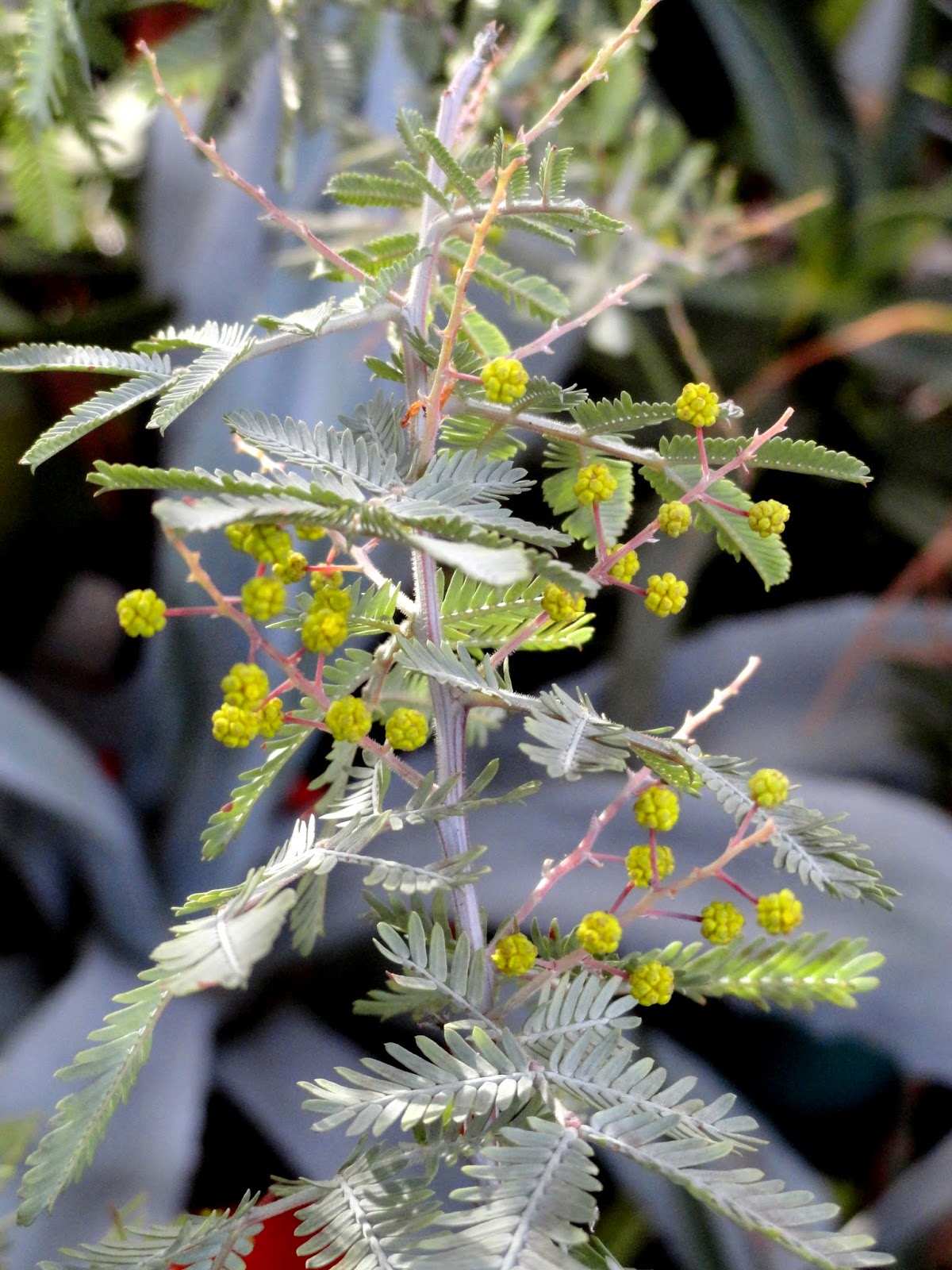 Native to Australia this small tree is rumored to be hardy to USDA Zone 7 but I'm not going to experiment, it's too hard to find. I think the 20-25F quoted by San Marcos Growers is a little more realistic, although in their written description they then say 15-20F (nurseries never can agree it seems!). New growth in the late spring/summer has a purple cast, hence the name. 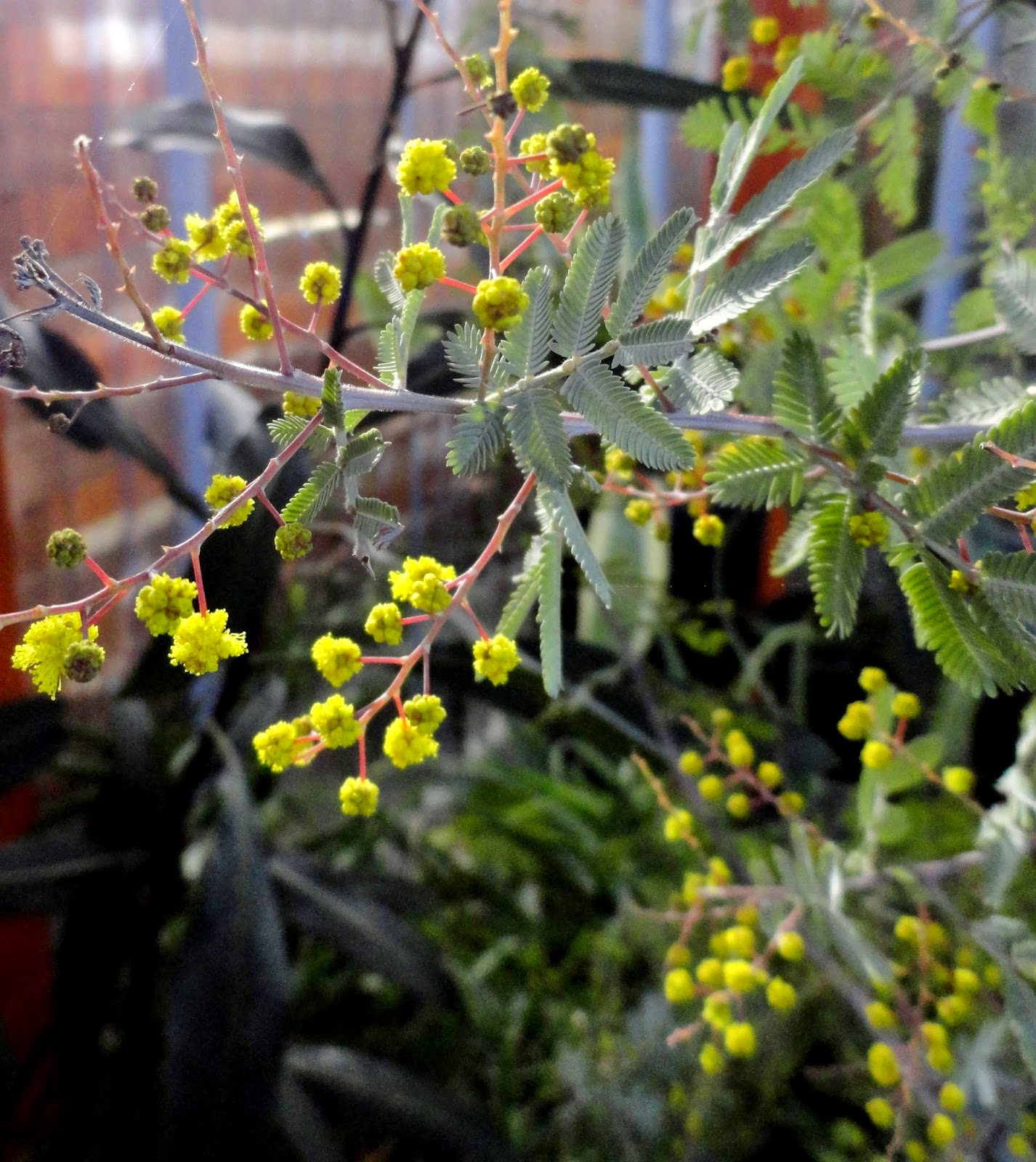 In the ground it will eventually reach 20-30 ft tall and wide, and of course likes full sun. 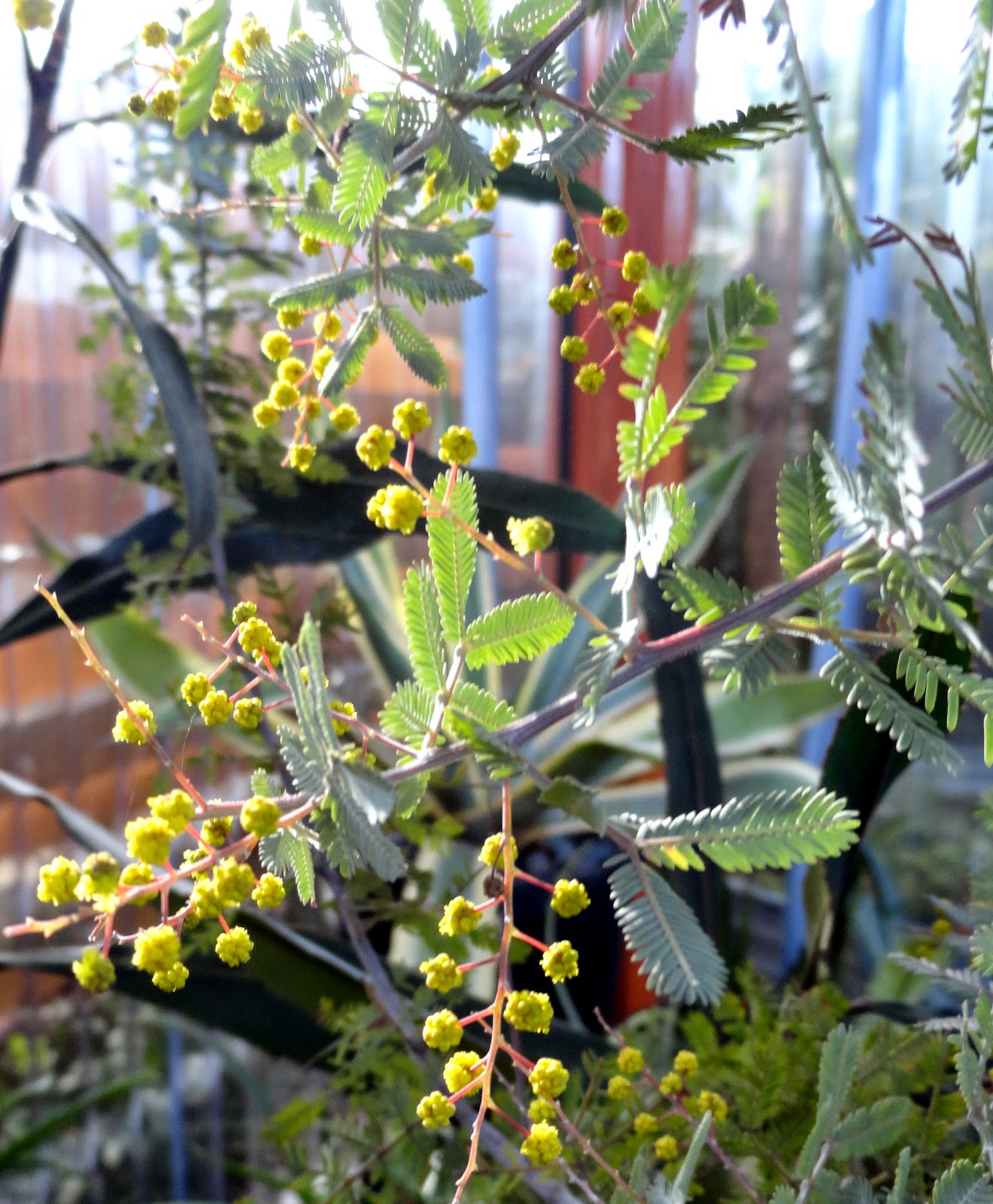 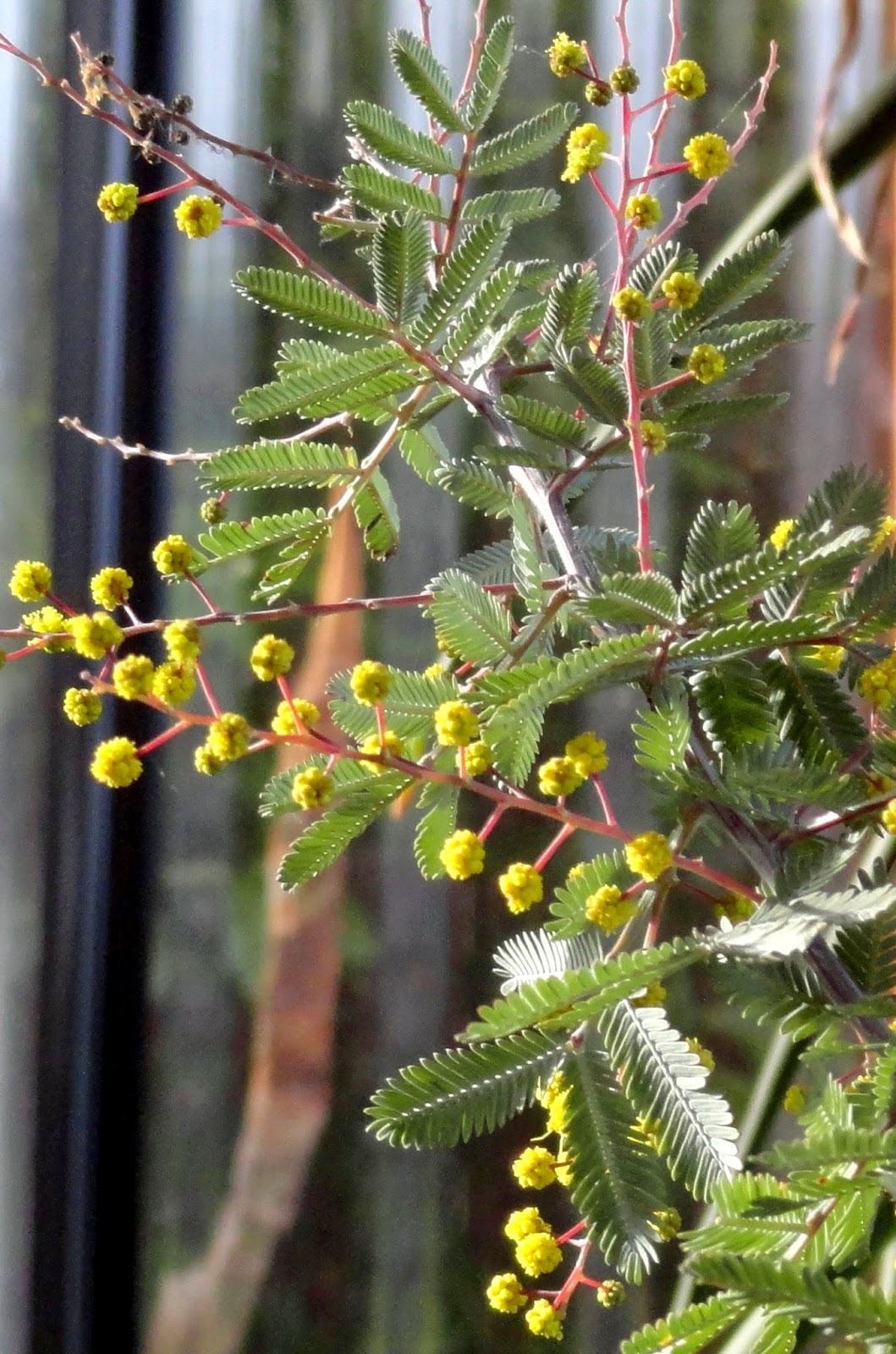 The week before this yucca caught my eye... 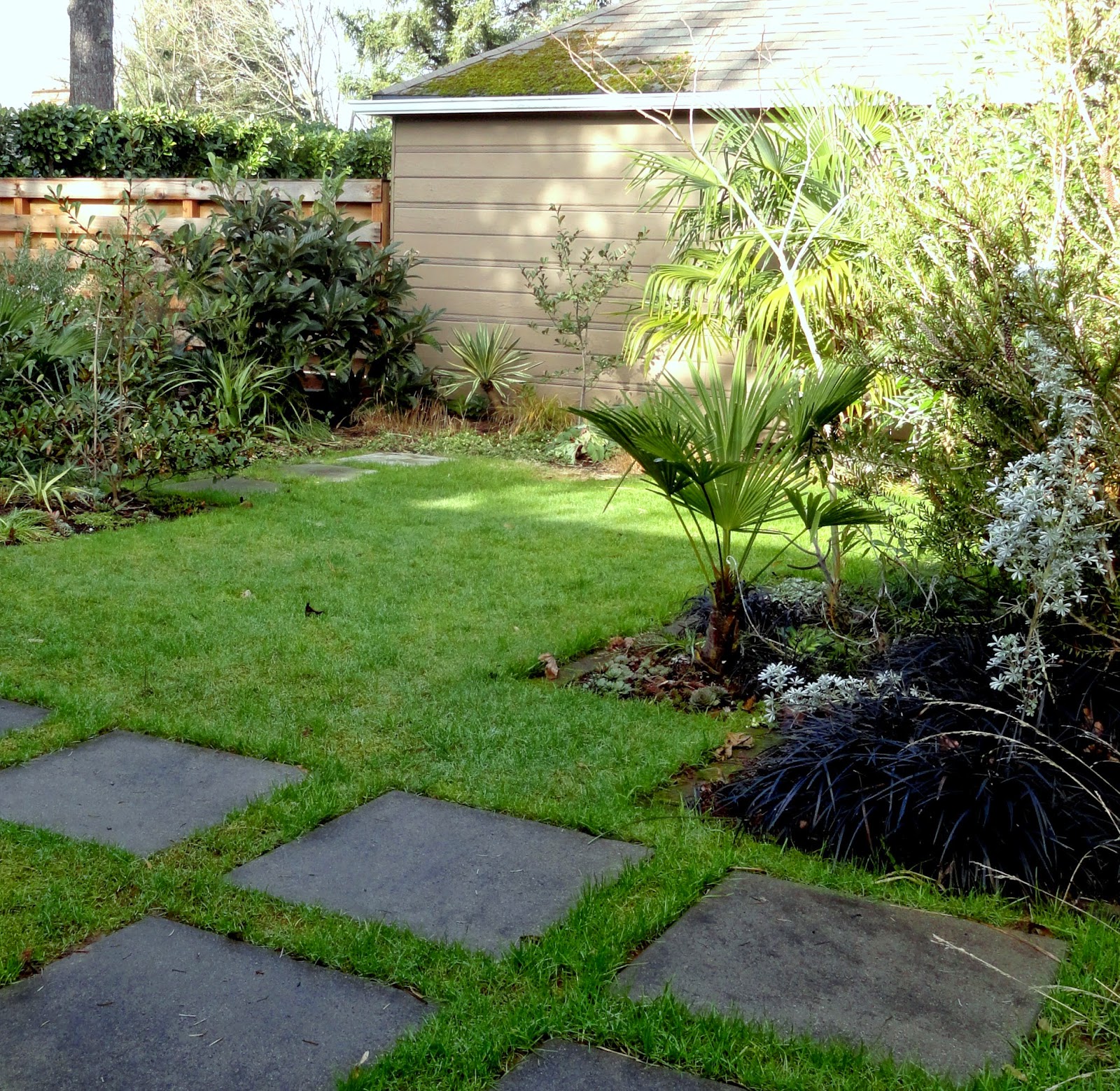 That one there, up against the neighbor's garage. 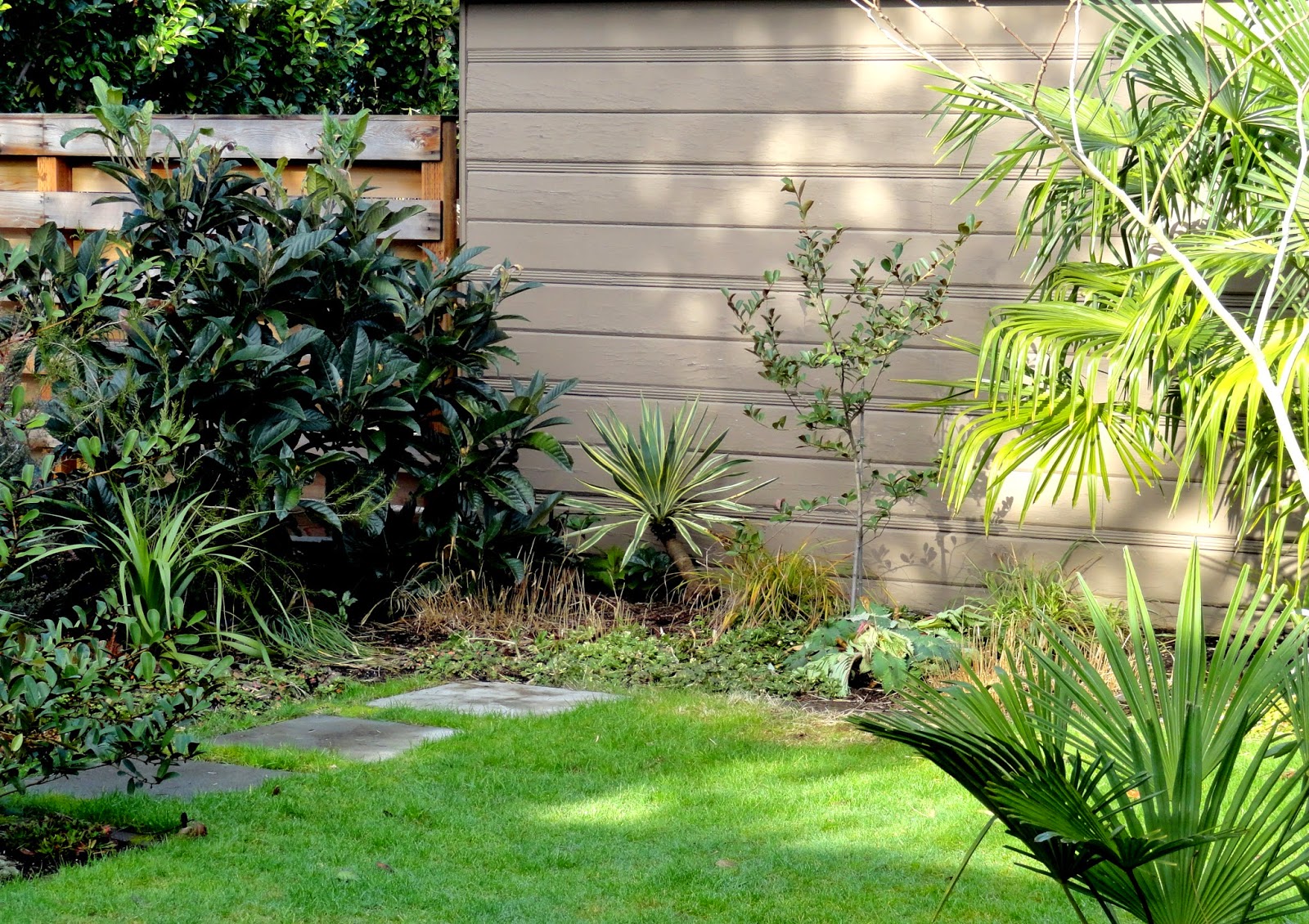 I got it from a friend, who (if I remember right) called it Yucca aloifolia 'Variegata'. I planted it where I did so that it would be a focal plant as you entered the back garden. Of course (once again) I failed to consider that it would be buried behind the Melianthus major 'Antonow's Blue' several months of the year (I just cut back the melianthus, which is why the yucca is now shining bright). 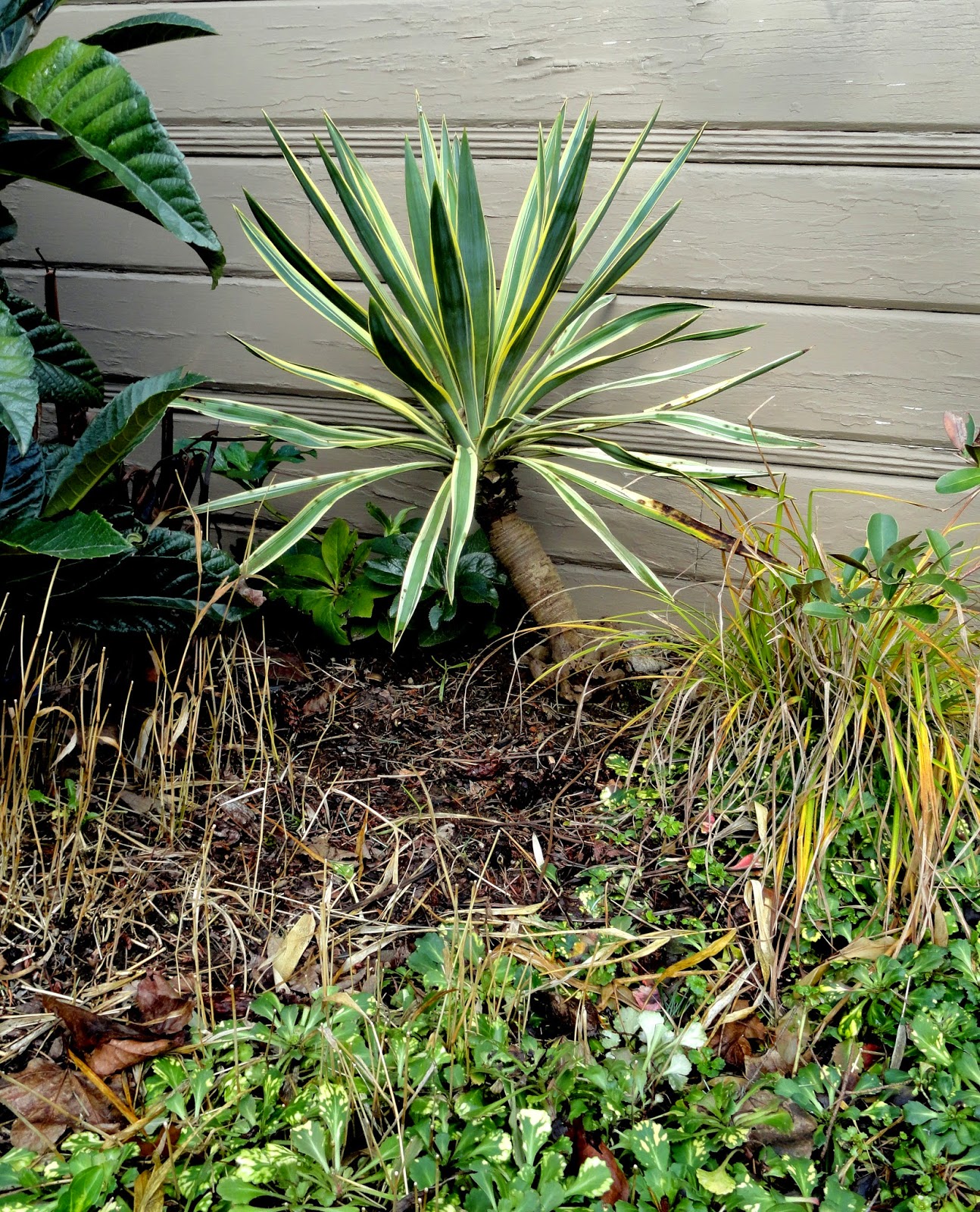 Hardy to USDA Zone 7a this yucca can eventually reach 7 ft tall and 3 ft wide. It likes the usual things, sun and well draining soil. It's a winner! 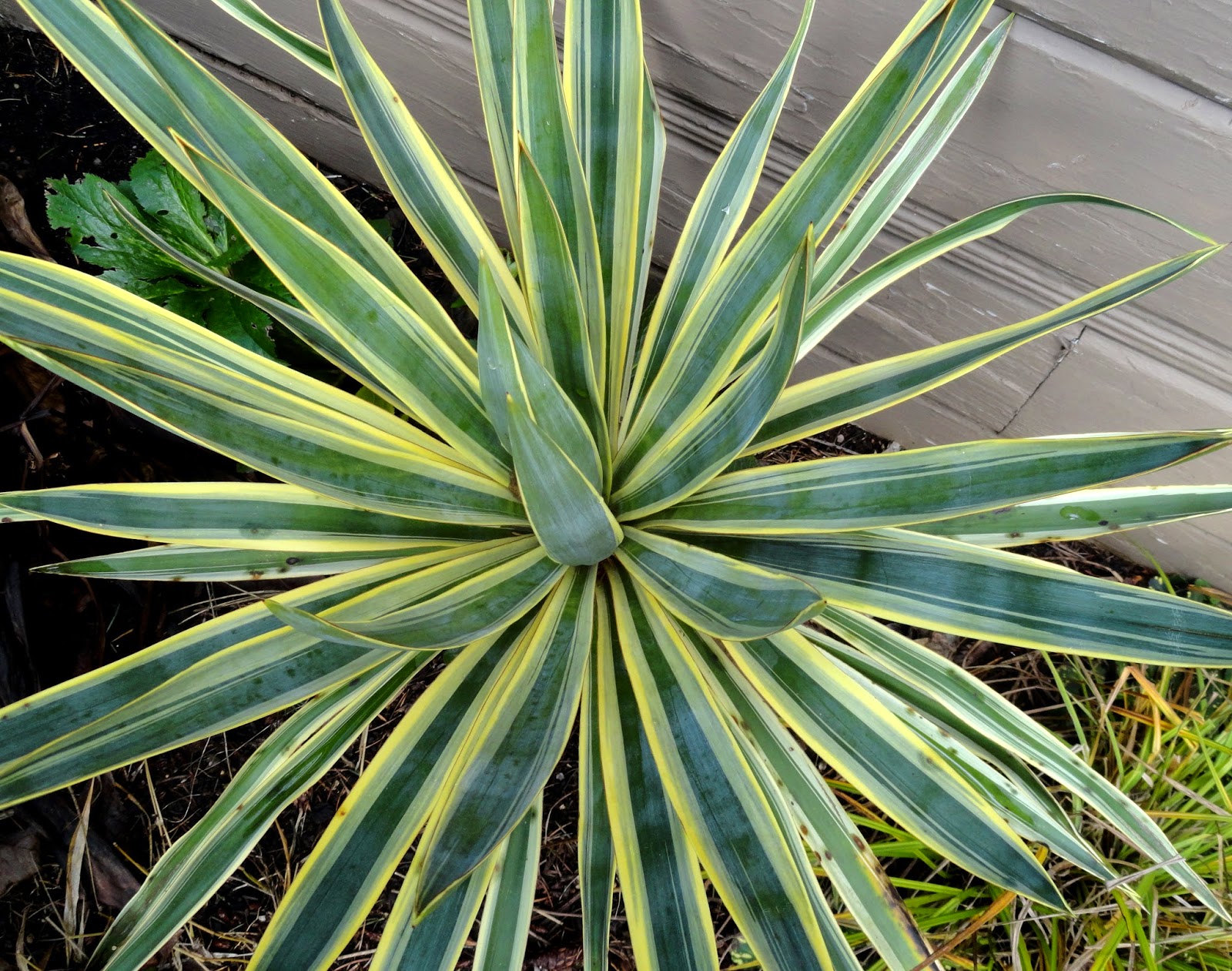 Unlike this wimp of a plant (Yucca 'Bright Star' aka Yucca gloriosa 'Walbristar') who I am officially done with. Who needs a plant that looks like this until July when it finally grows out of it? 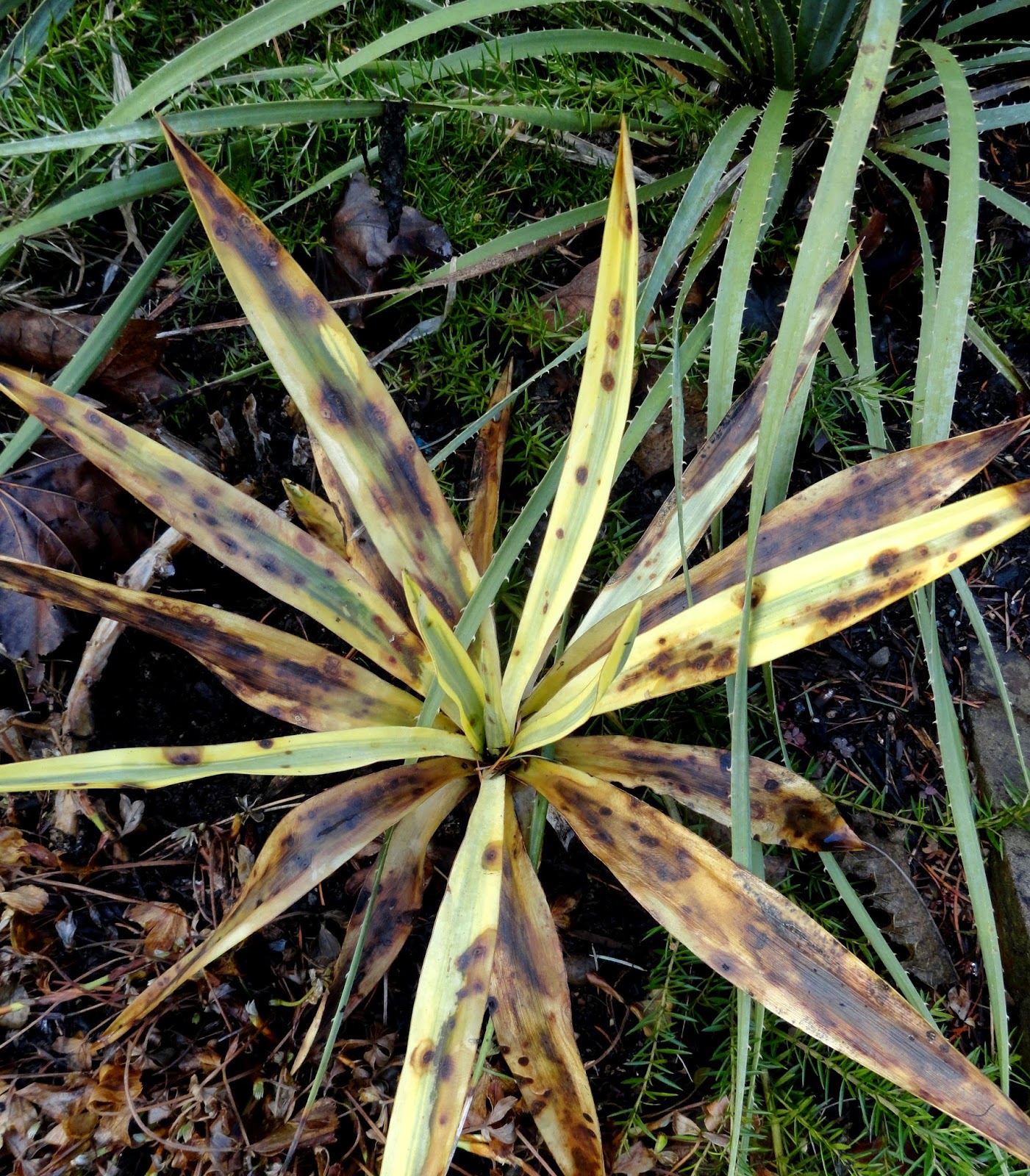 So those are my January favorites, along with the Mahonia gracilipes I wrote about back on January 16th. I know you must have a favorite or five in your garden, even in January! Please tell us about them... 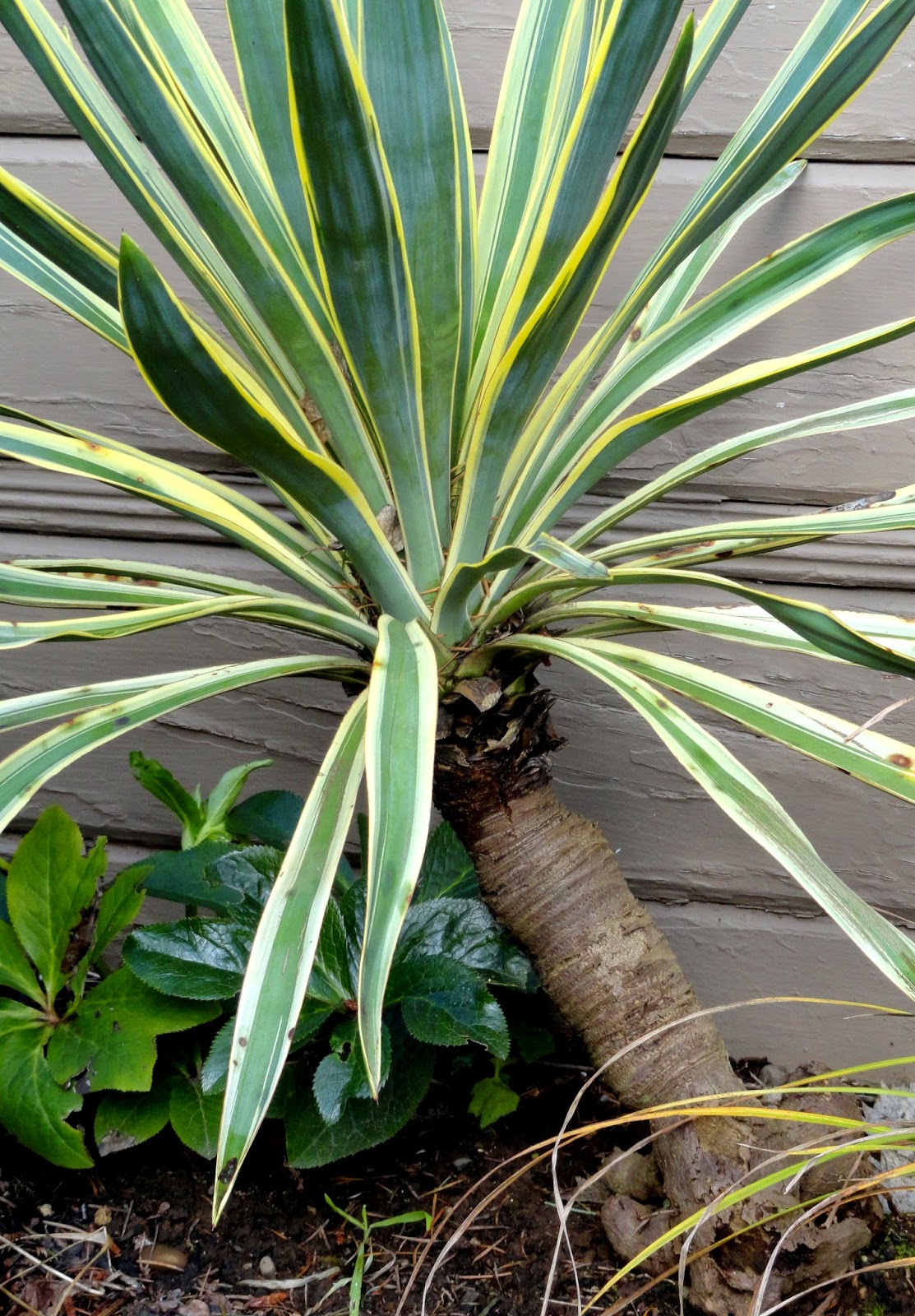