January, when spring begins in my fantasy world… 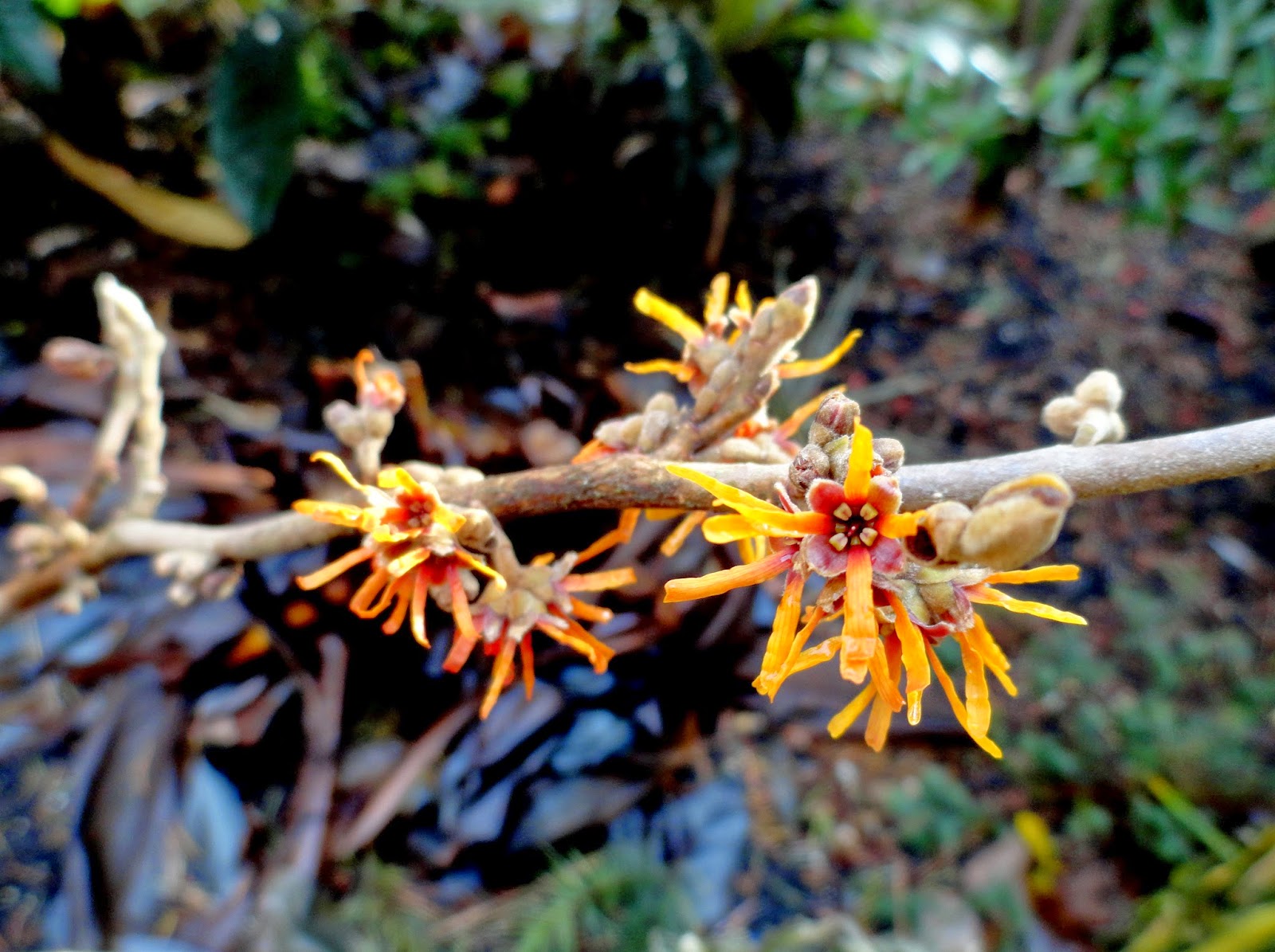 I think I finally understand why January can be so hard for me. As soon as the holidays wrap I mentally turn a corner. Something along the lines of: "Okay, winter's over, let's move on to spring!" 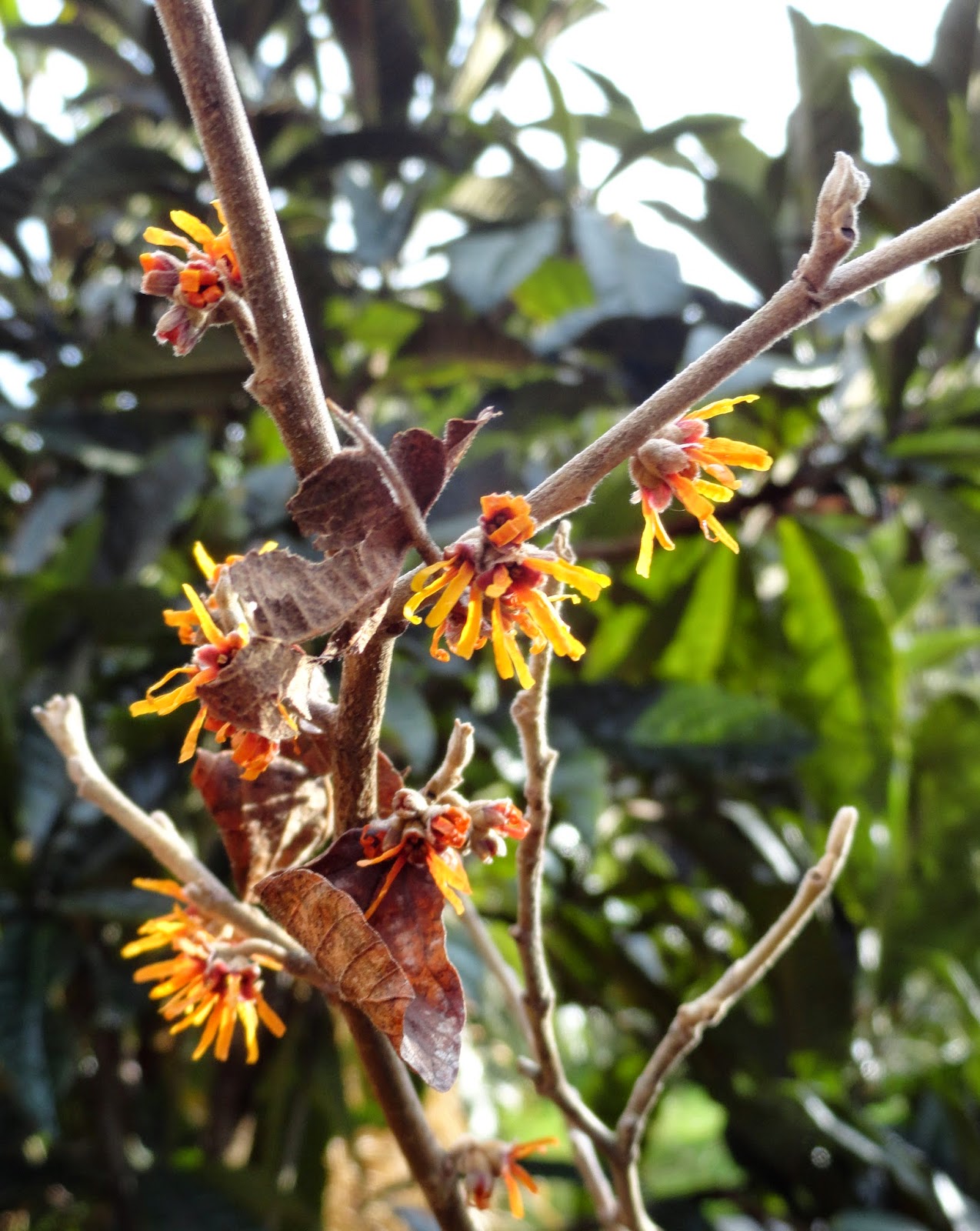 If only it happened that fast. Instead we've got a long haul until March 20th rolls around, although honestly towards the end of February it starts to feel like spring here in Portland, at least a little bit. 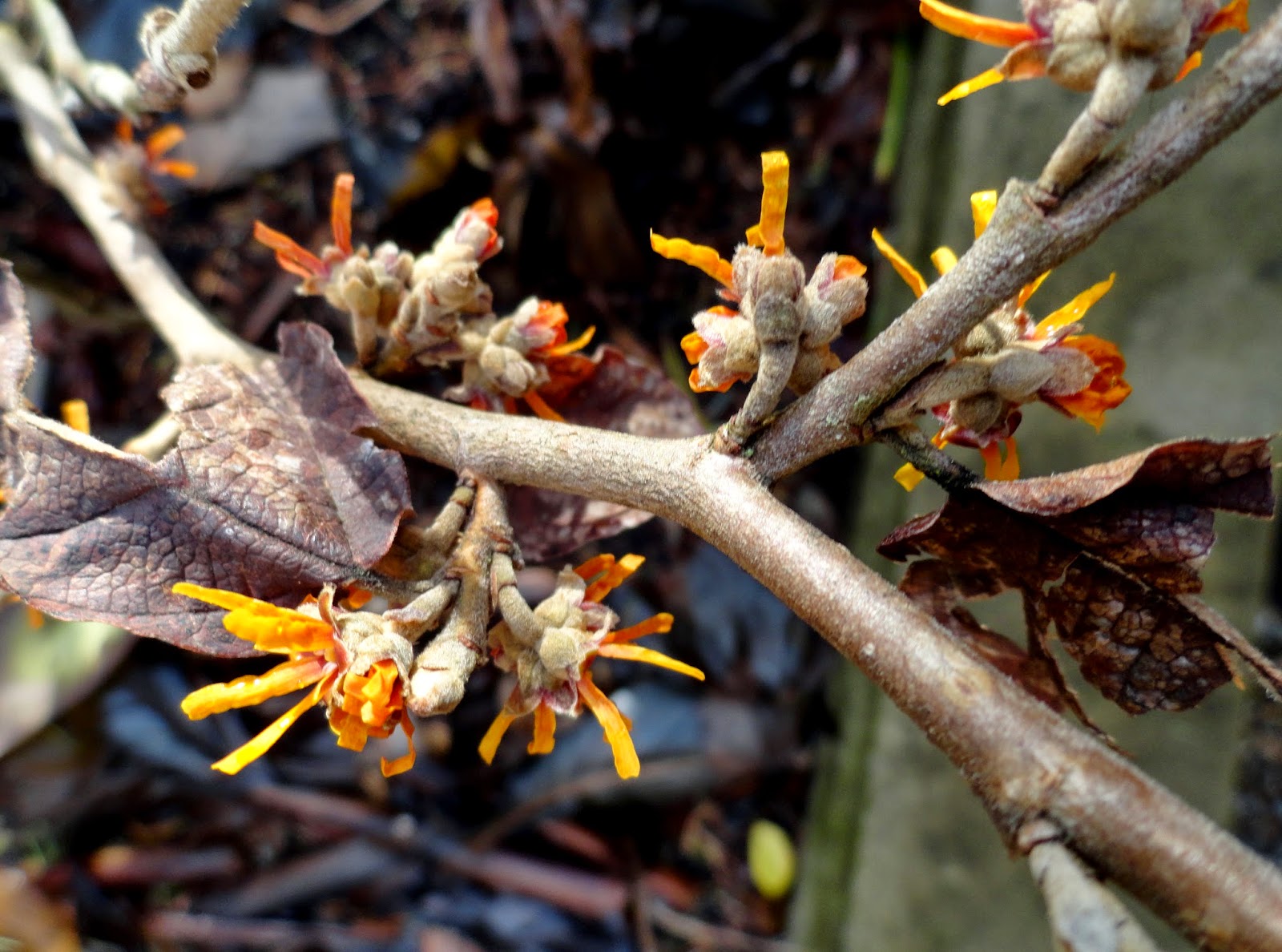 So knowing this about me you can imagine my excitement when I noticed the Hamamelis x intermedia 'Early Bright' I purchased last January is blooming. That early impulse purchase was one of the smartest things I did last year. I think I owe it to myself to head out to a nursery (or two, or three) soon, and see what else is blooming and figure out how to incorporate them into my garden. 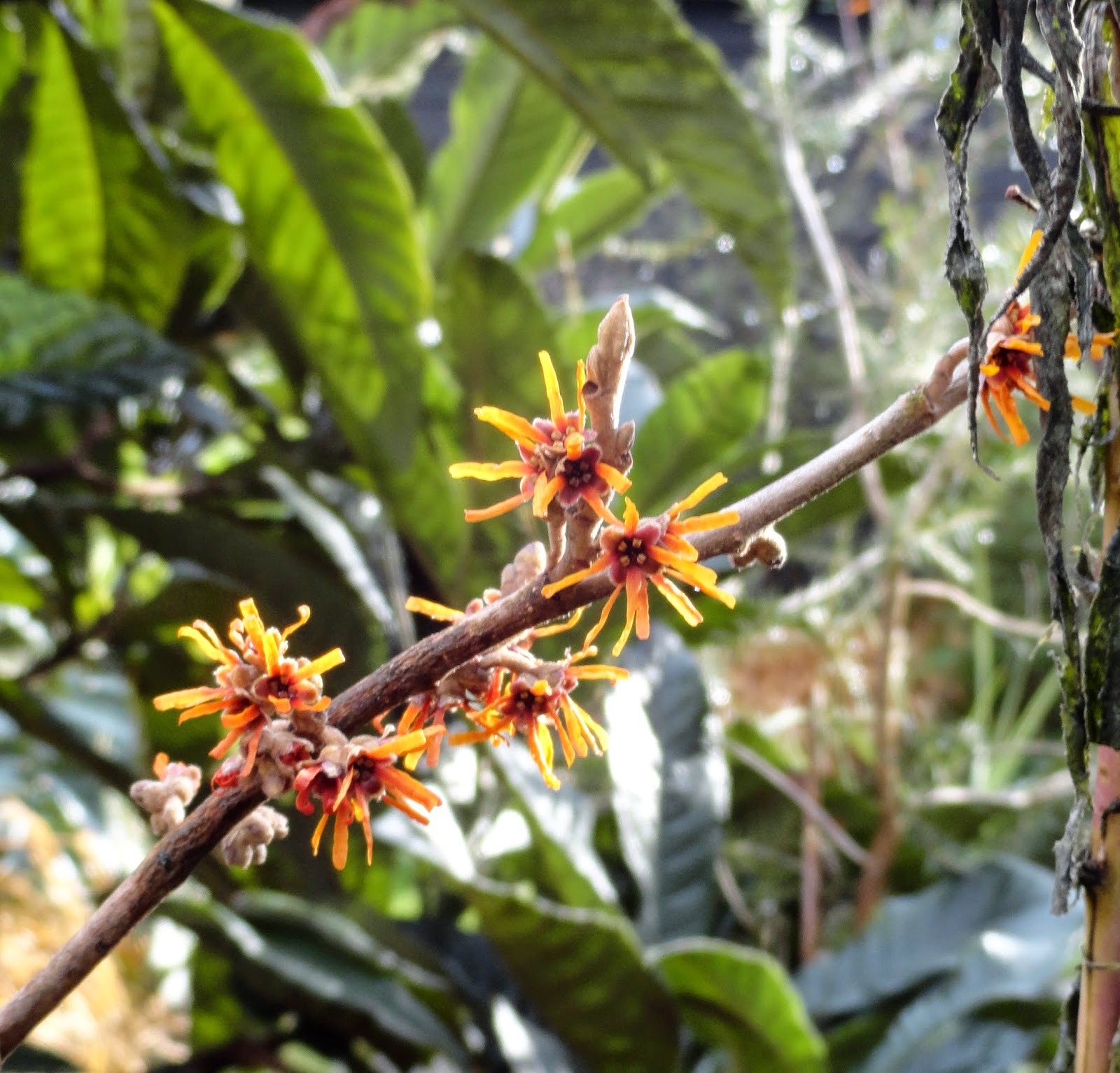 In other exciting spring-like news I'm celebrating a bit of success where previously there had been much failure. After multiple botched attempts at rooting cuttings of Passiflora ‘Sunburst’ my last hope was to dig up the plant itself before temperatures dropped enough to kill it... 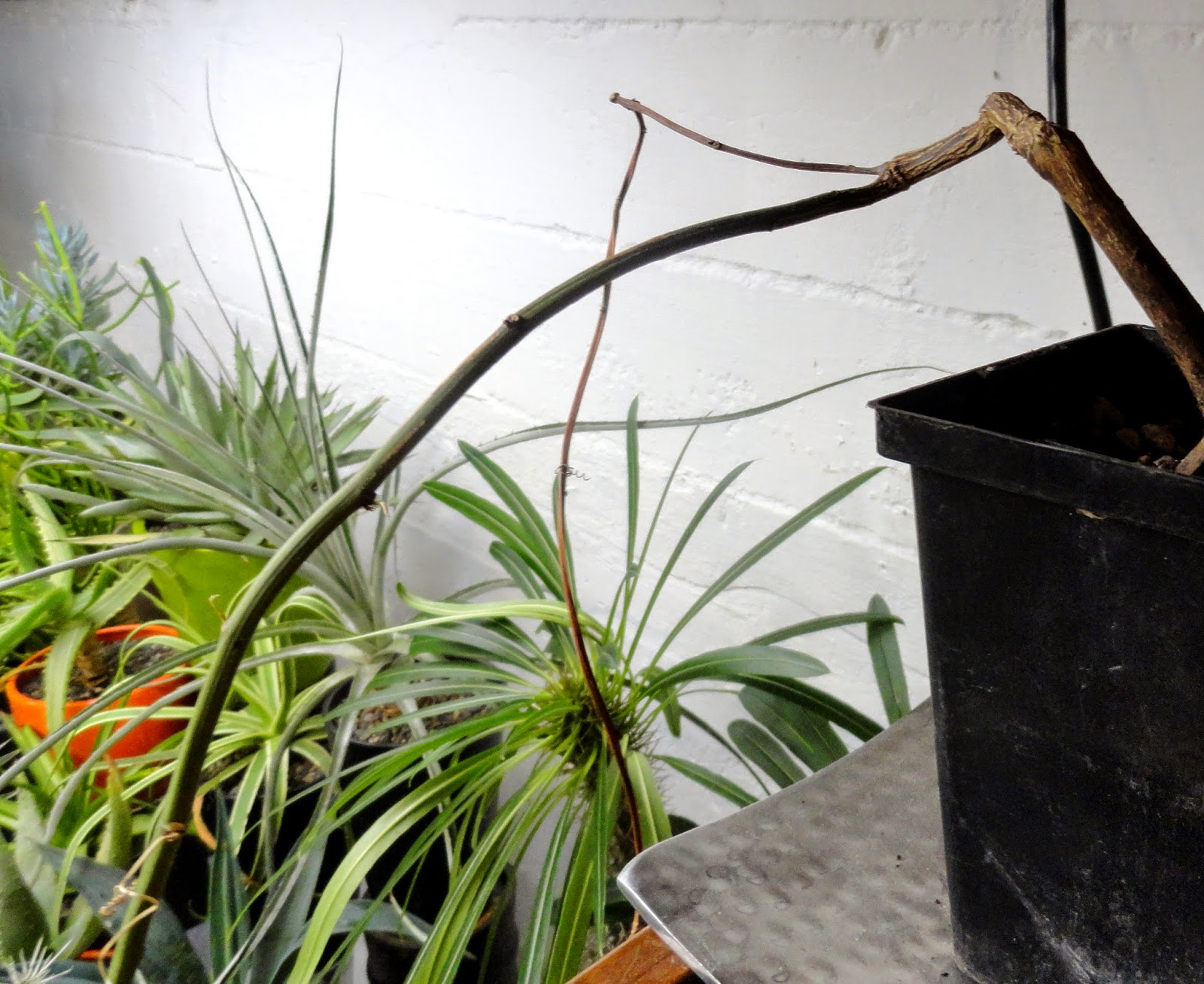 I did so mid-November and it thanked me by quickly dropping every single leaf and looking like death. Since I had nothing to lose I kept it, even watered it and what do you know!? I've been rewarded with new leaves! 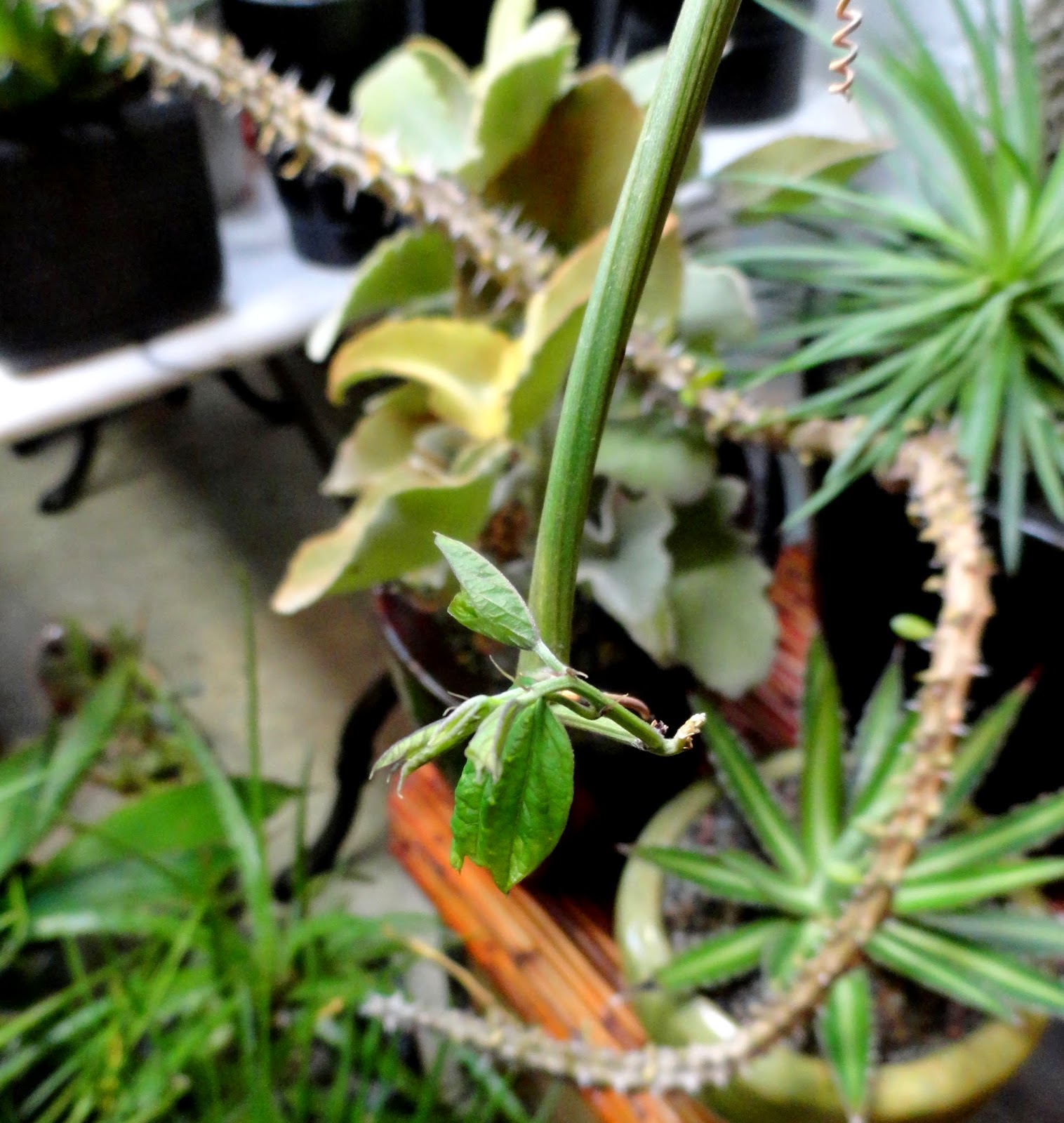 I am thrilled. Seriously thrilled. Let's see now if spring comes early I can get this planted out and we can get on with things... 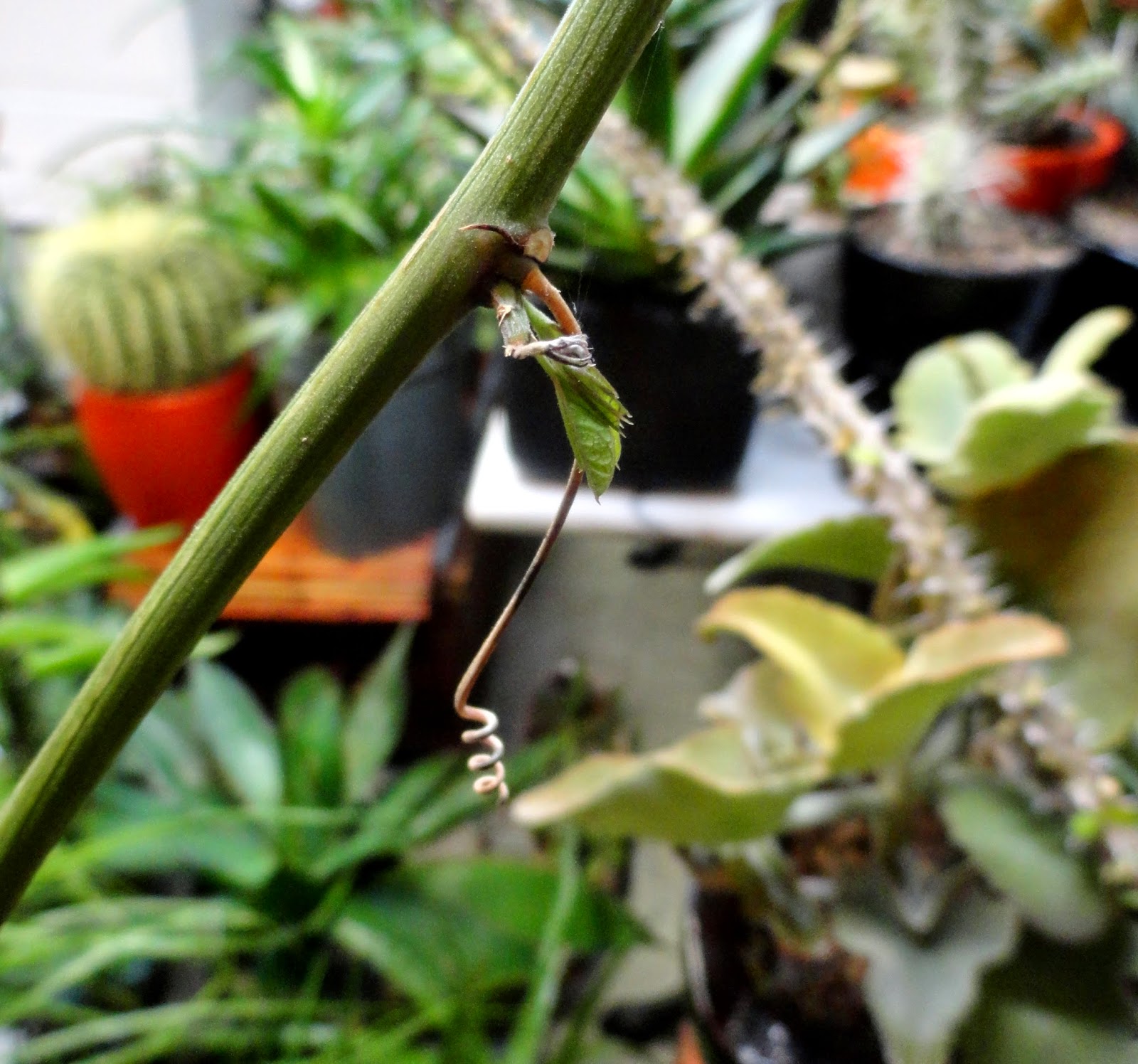