Mr. Big gets a new home…

Last winter I promised my oldest and largest (although it’s in danger of losing that part of its title unless it puts on some serious growth this summer) agave, Mr. Big, a new home come warmer weather. Exactly what that home would be was in question until I determined what his root system was like. He’s been in the same tall metal container since 2007, it was starting to rust out in places so I thought getting him out would be an easy matter. I was wrong. Out came the angry tools, a metal handled flat edge screw driver and a mini sledge hammer. This project became serious. 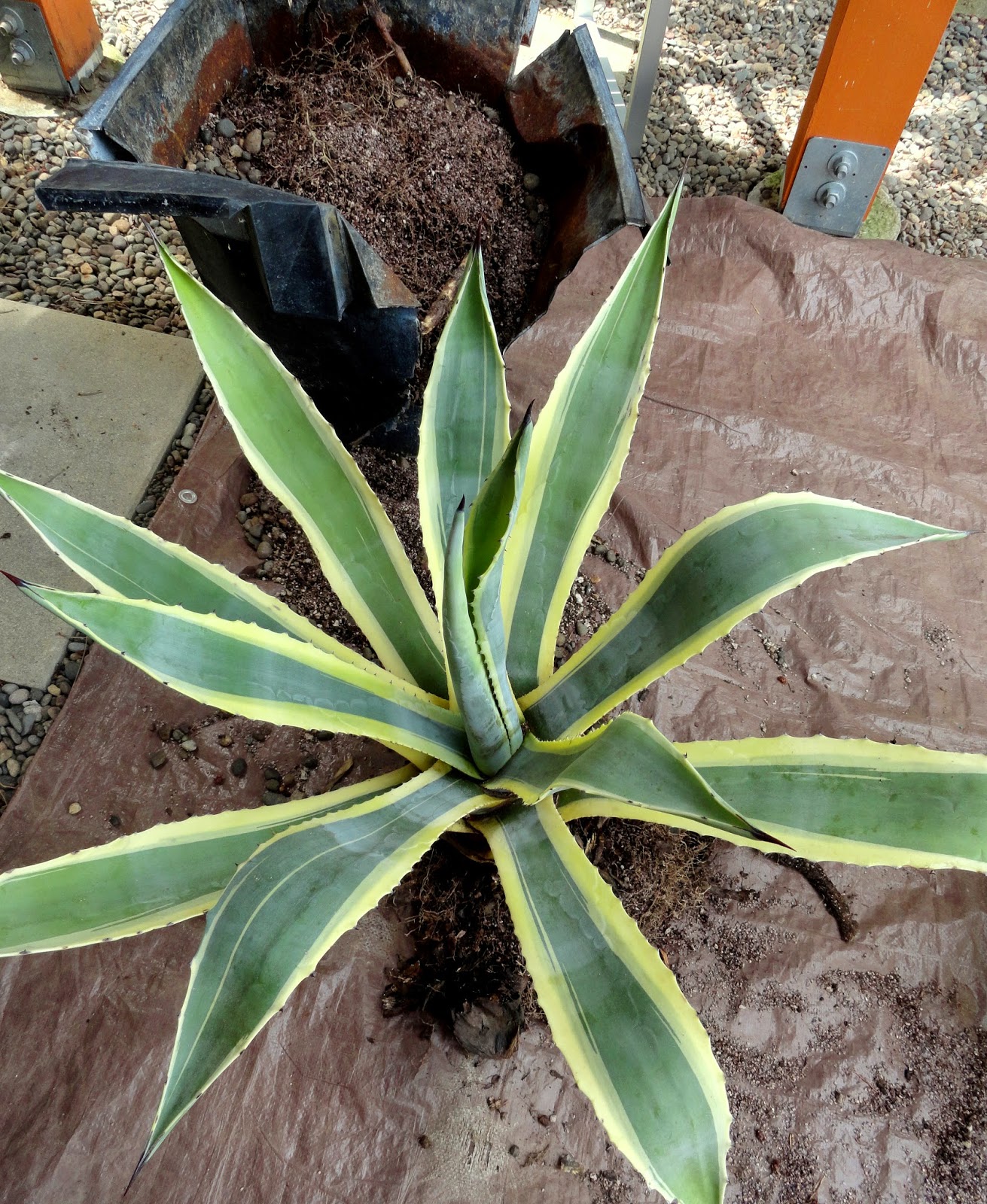 About 10 minutes into the job I heard a voice, the voice sounded a lot like Heather (the most safety conscious and prepared person I know) “I see you’re being very careful to avoid those agave spikes…” 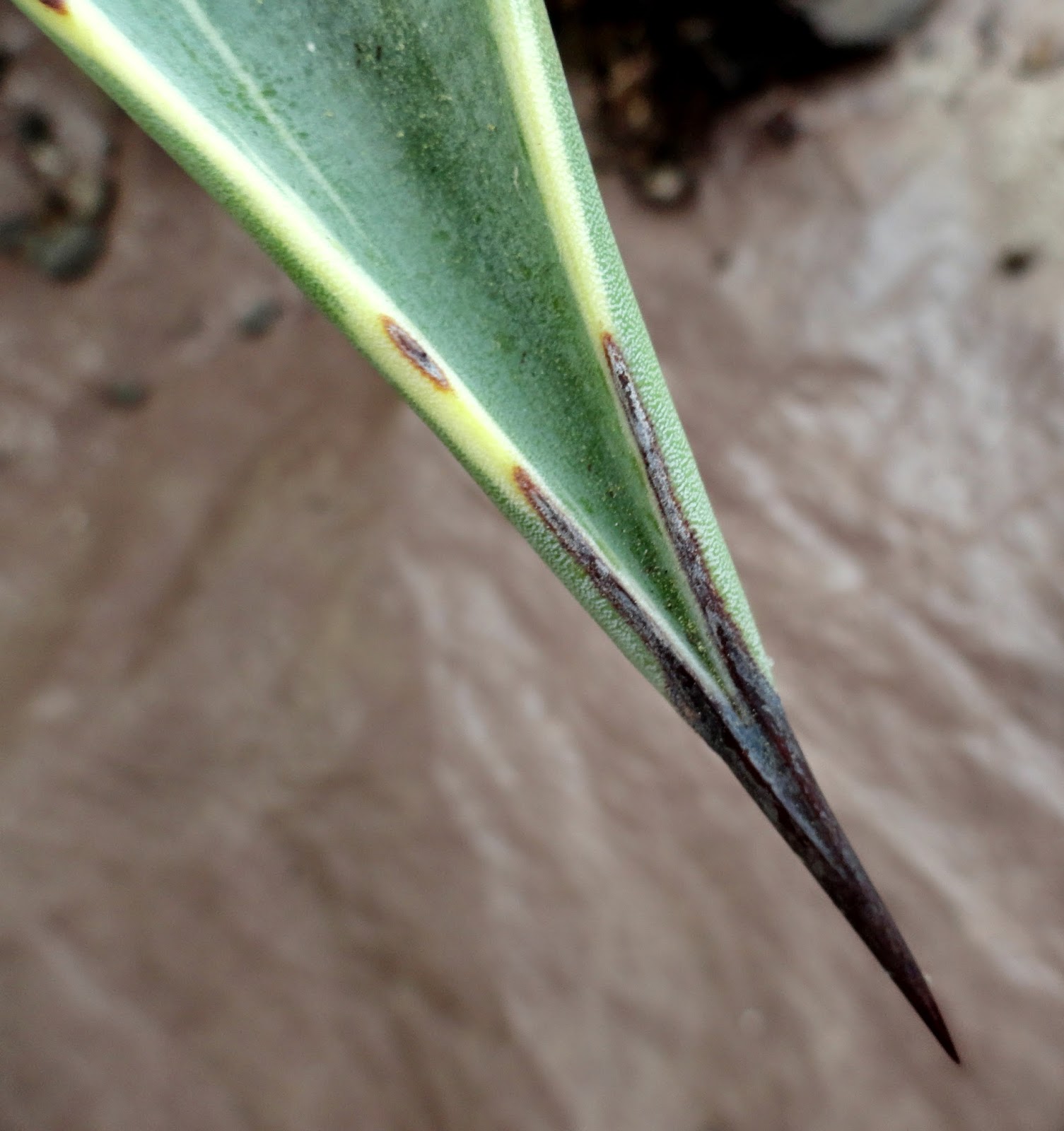 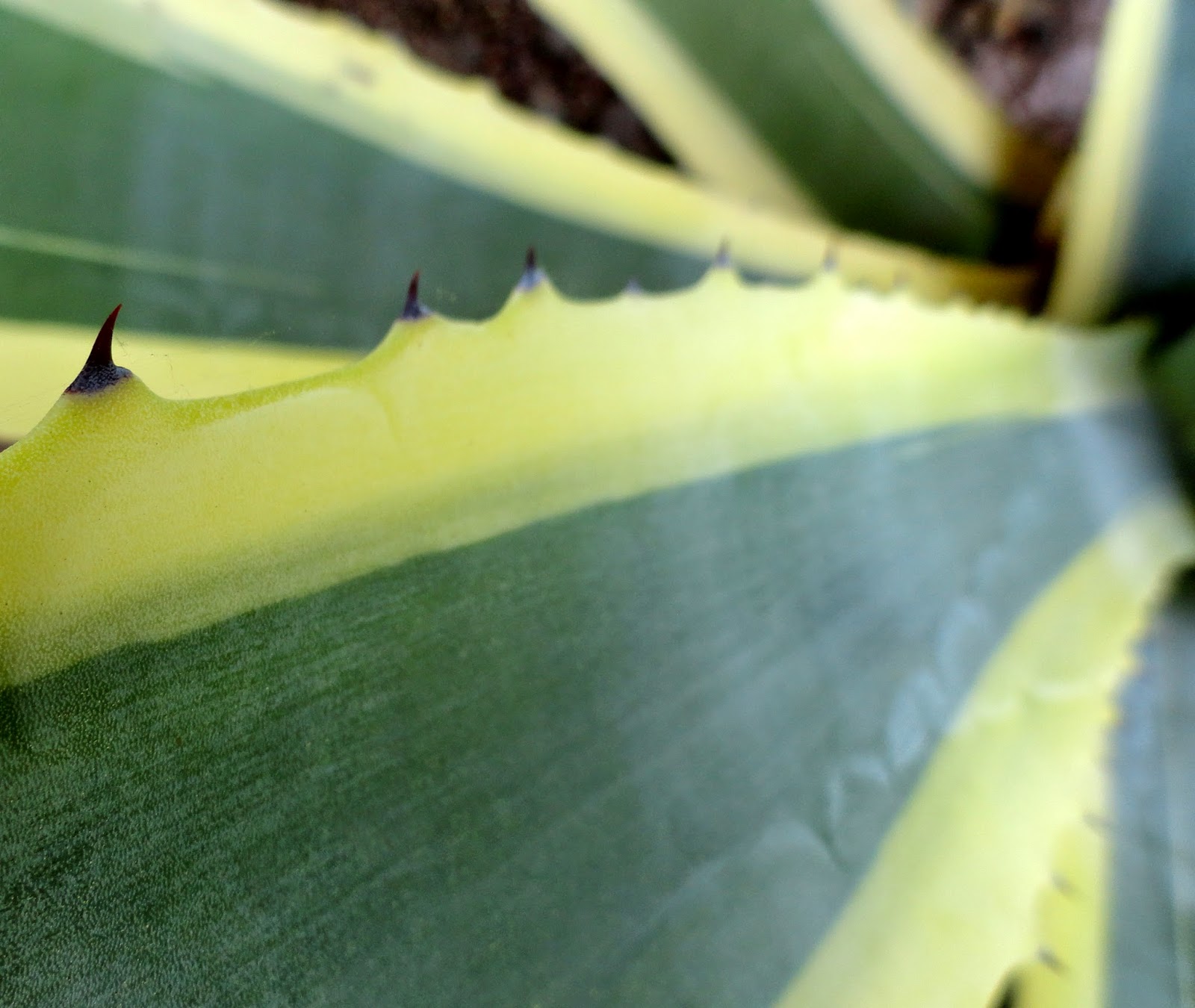 “…but have you even considered the rusty metal edges you could cut yourself on? And when exactly was your last tetanus shot?” Yikes! All of a sudden I felt like I was earning my blog name on this project alone... 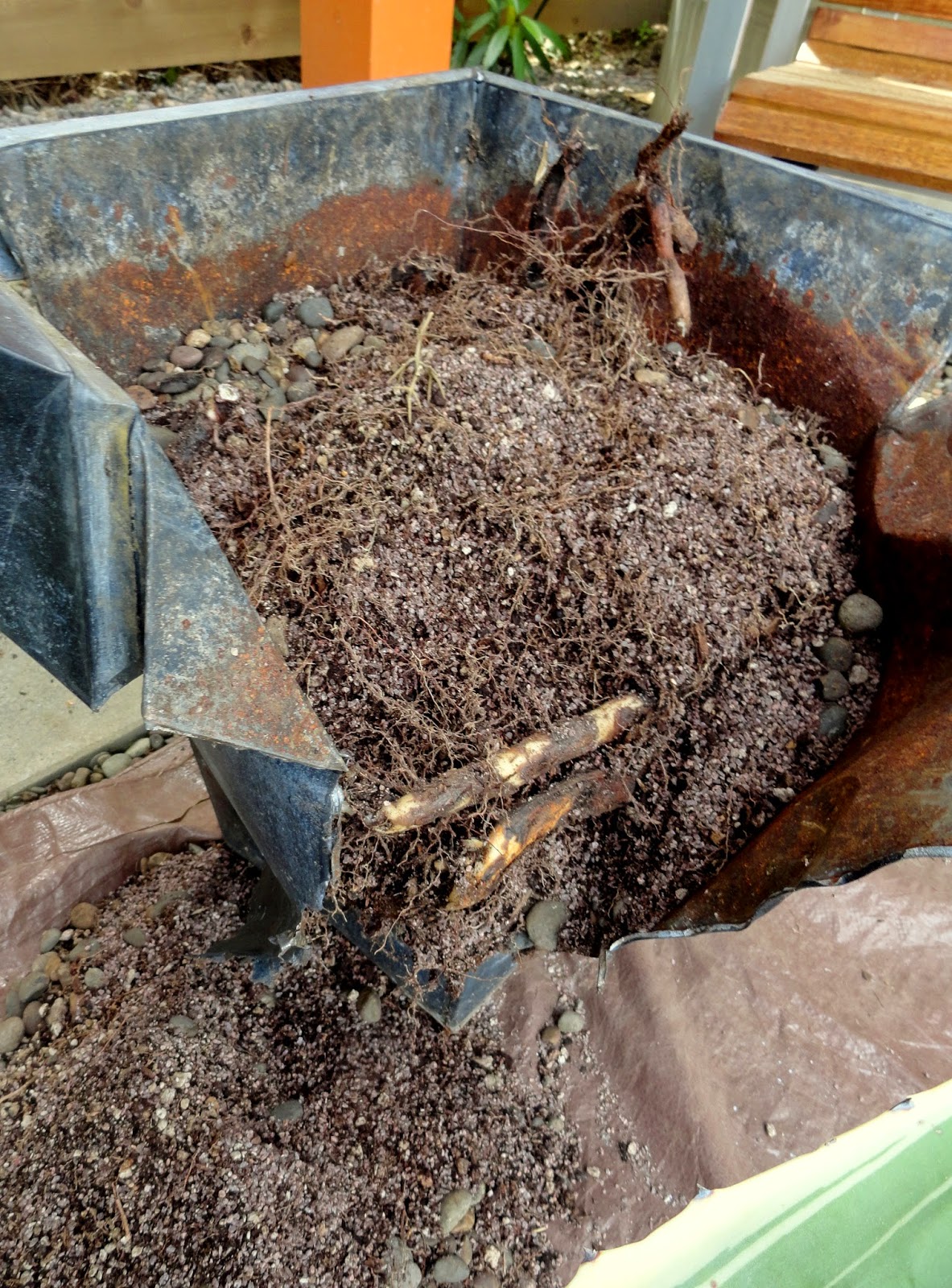 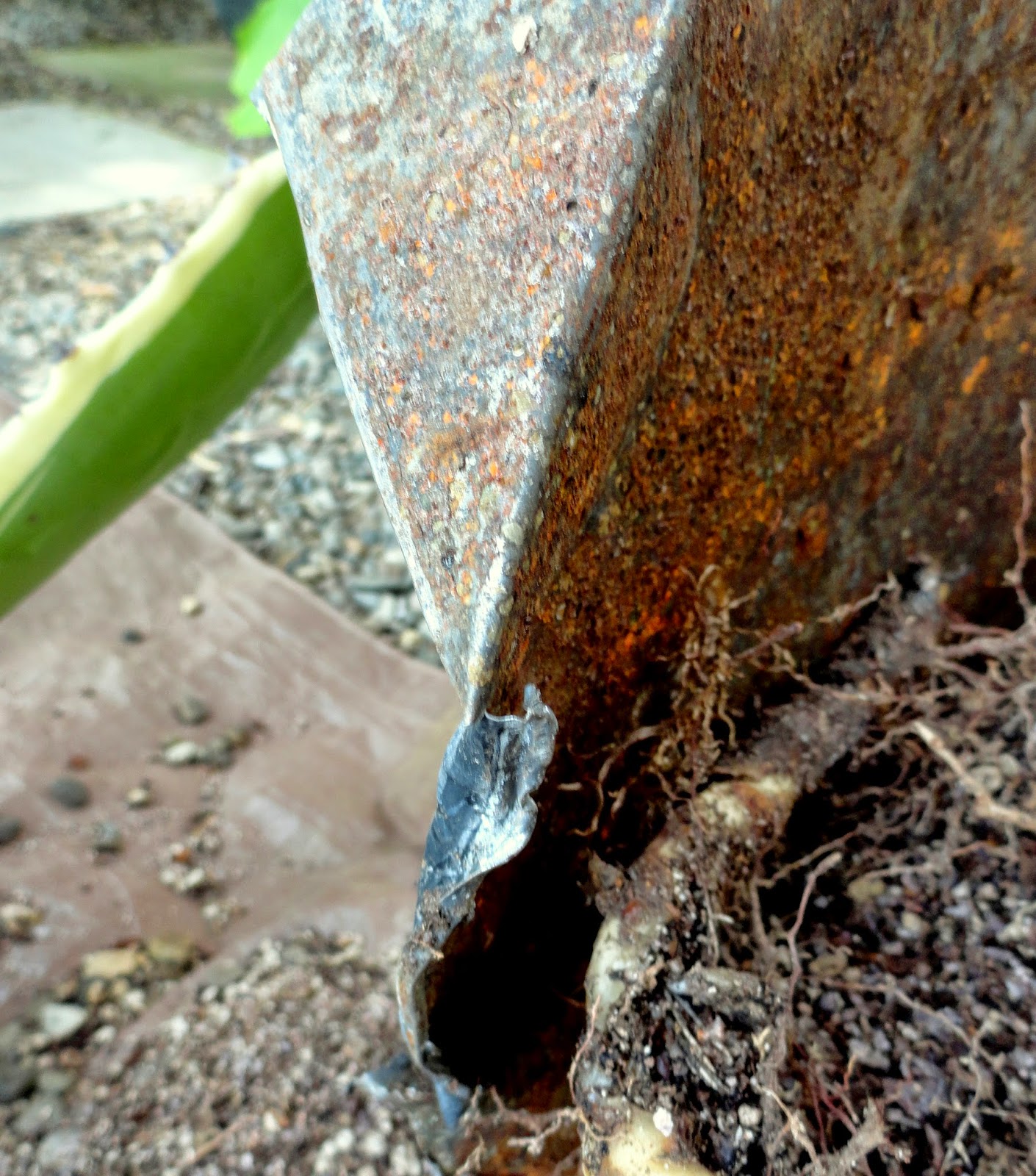 So let’s just thank Heather and say I was very careful. No blood was drawn and Mr Big (Agave americana 'Variegata') broke free. 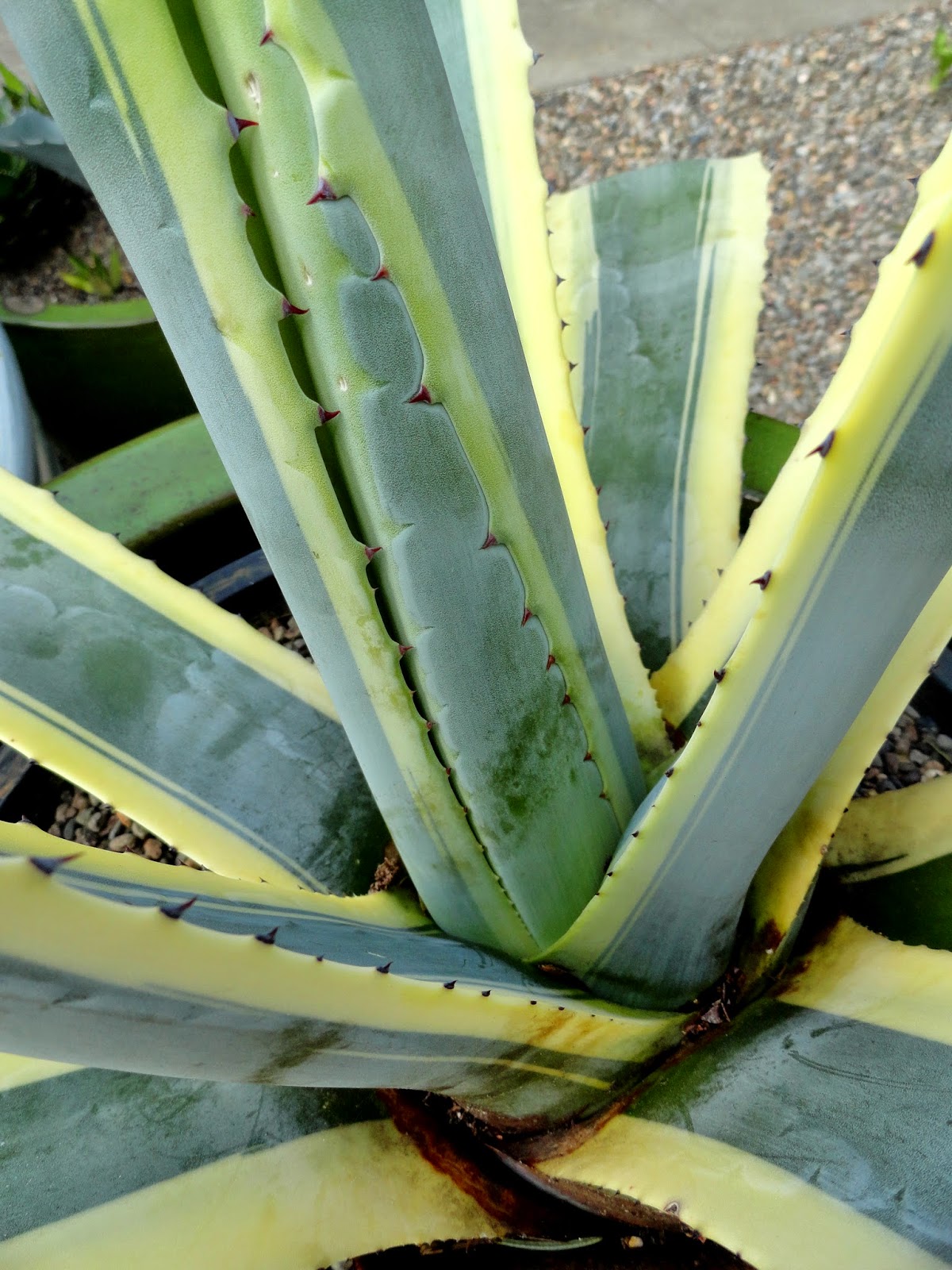 There were a few thick pup producing growths (see the fourth photo above) but all in all his roots were pretty minimal. I potted him up in a big black plastic nursery pot and placed him inside a tall green container I scored from my friend Bridget. 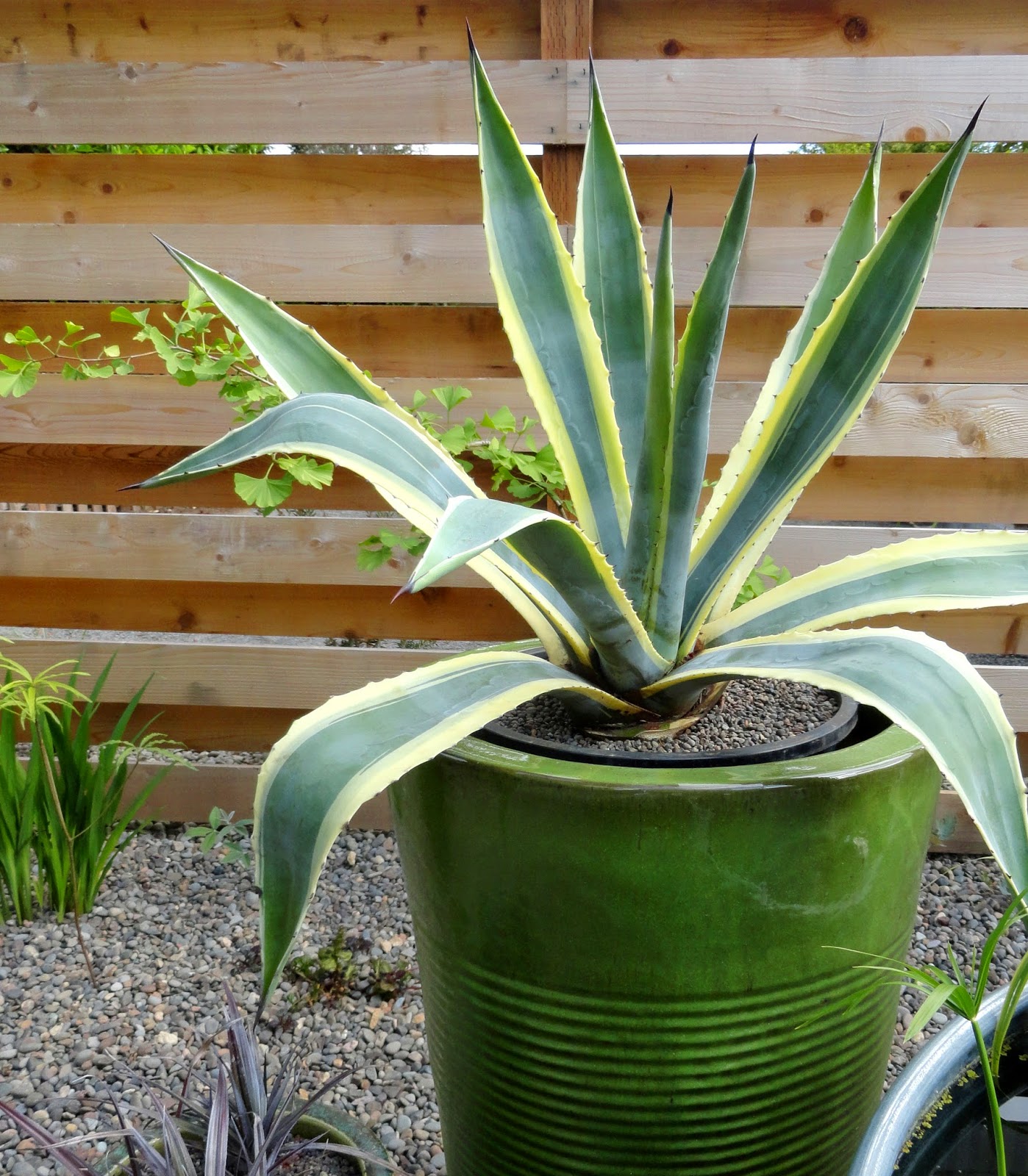 I’d planned to leave this container empty, you know, because empty containers make a statement. Evidently not in my garden. Empty just wasn’t possible. 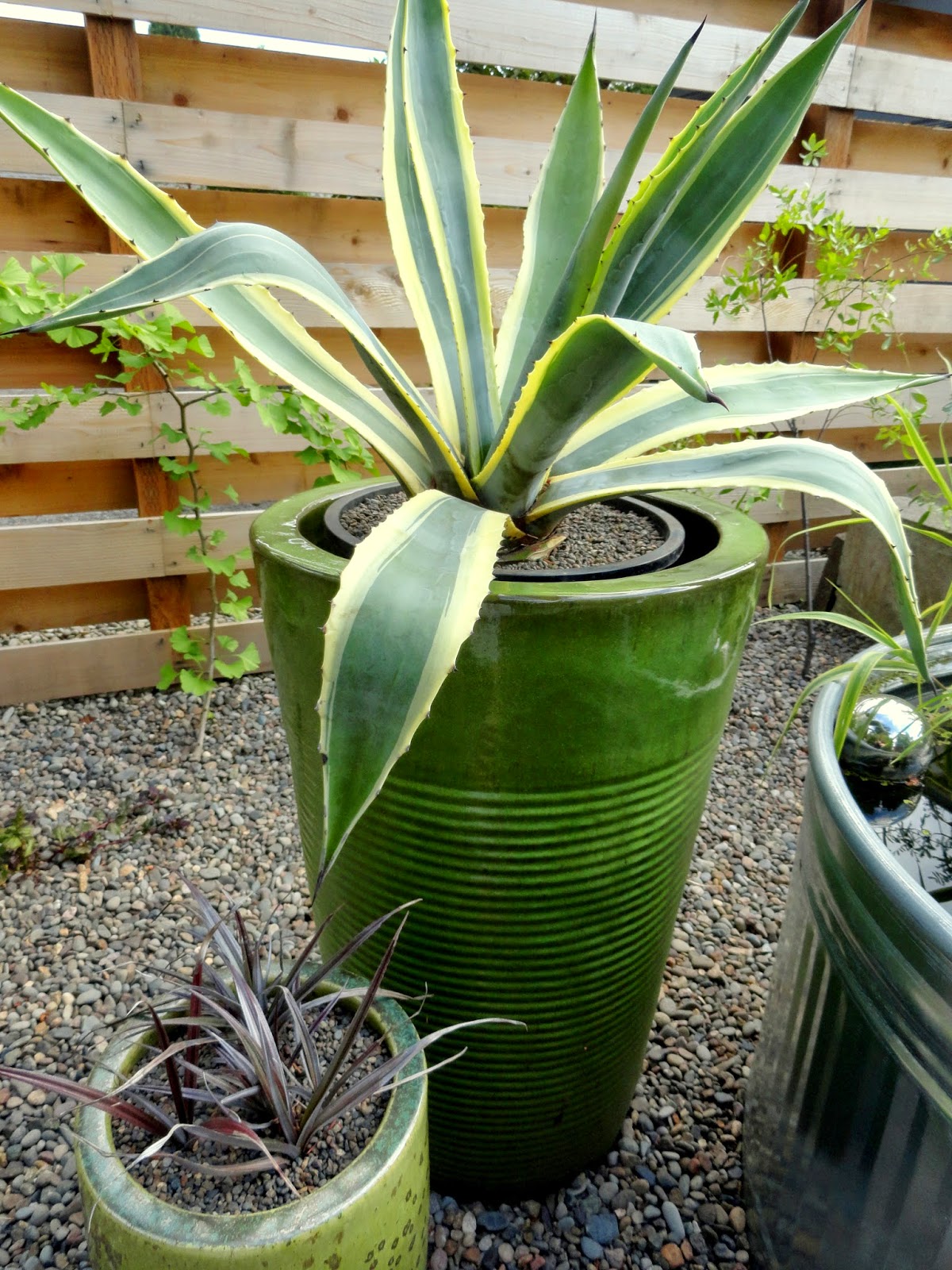 He didn't get planted directly in the container because I very much want to keep Mr. Big alive over the coming winters and the pot with in the pot will allow us to easily (relatively speaking) remove him and keep him under cover when the weather turns. Now I had to come up with a way to hide the rim of the black plastic pot…I won't be able to put up with seeing that for very long. 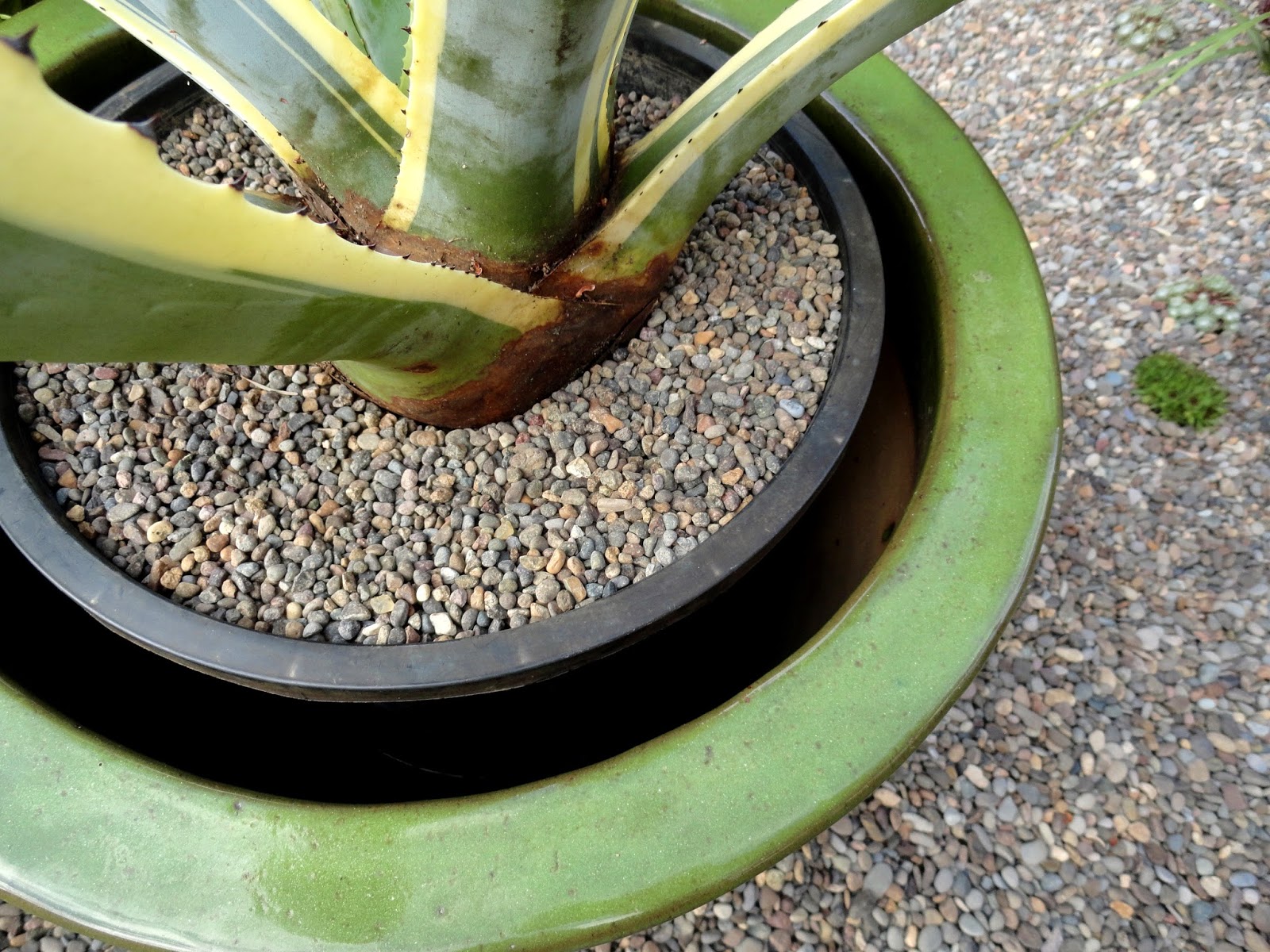 Andrew suggested burlap. I liked the naturalness of it, and the color goes well with the fence. Plus I have several weathered (mildewed) pieces from attempts at winter protection. I can’t say I love it, but it’s better than the black plastic and I've sense added a bit of Tillandsia usneoides too, which is odd but fun. Do you have any ideas? 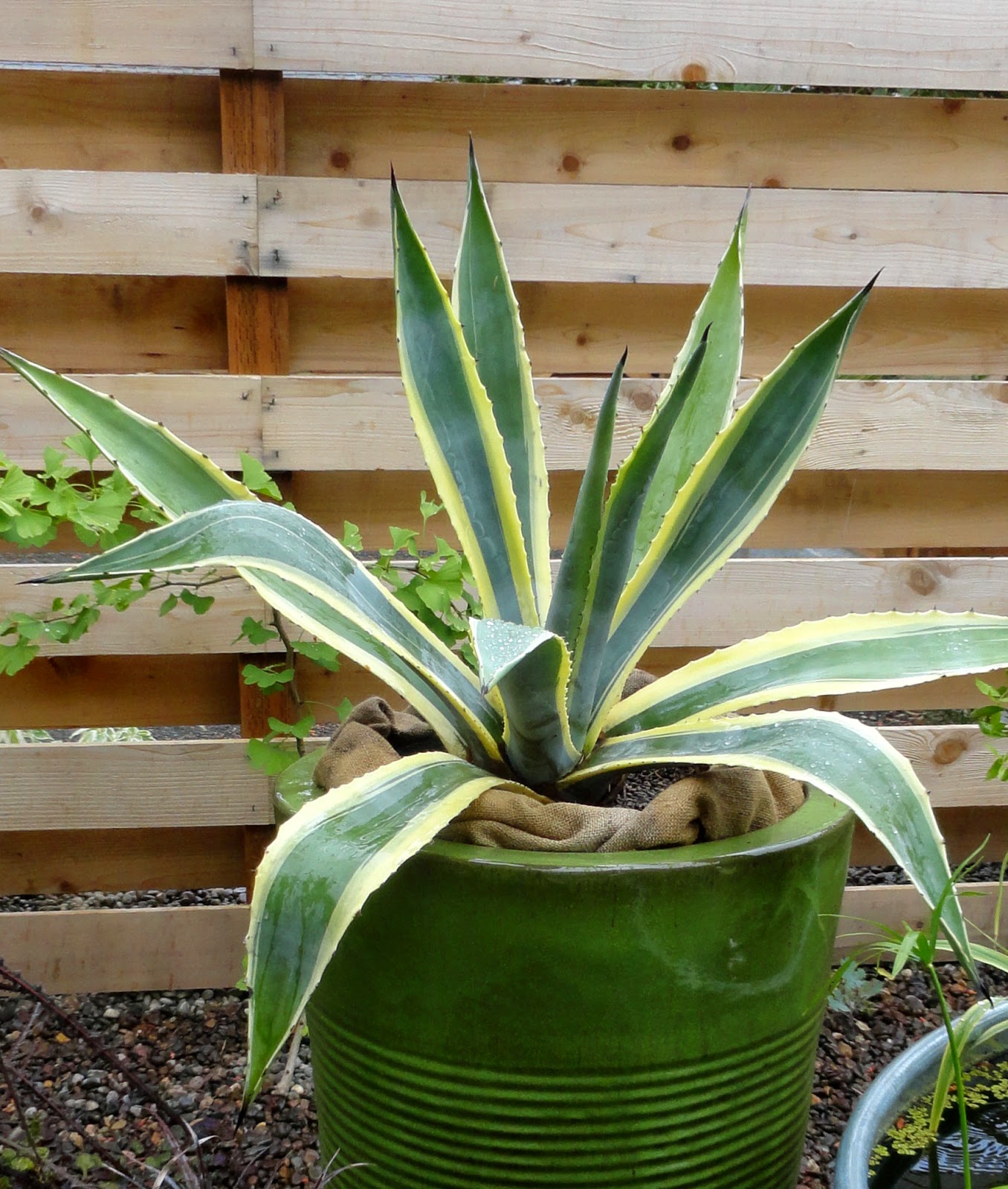