Banksia marginata is my favorite plant in the garden; this week.

I’ve never claimed this favorite plant thing was a scientific affair, and it’s not. I readily admit my favorite plant this week, Banksia marginata is heavily influenced by working on a post about my visit to The Desert Northwest. After all the mere thought that this plant… 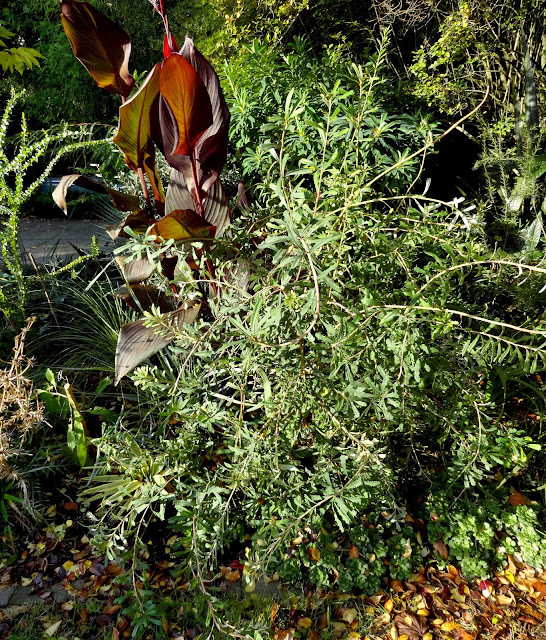 Could grow up to have blooms like this (image source)… 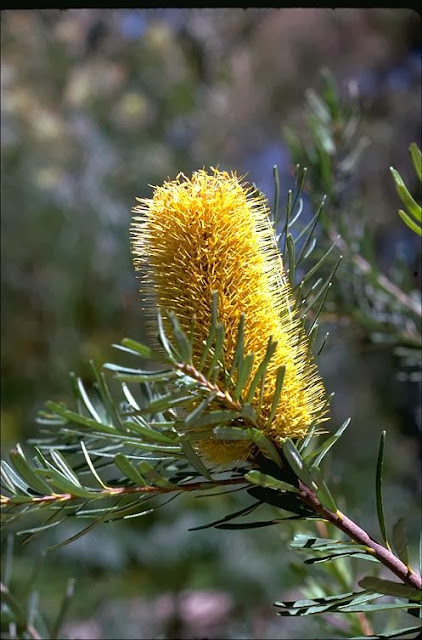 And it’s alive (currently at least) in my garden. Well, it’s enough to give a girl goosebumps. I purchased this plant from The Desert Northwest at the Northwest Flower & Garden Show in 2012, it was planted later that spring. 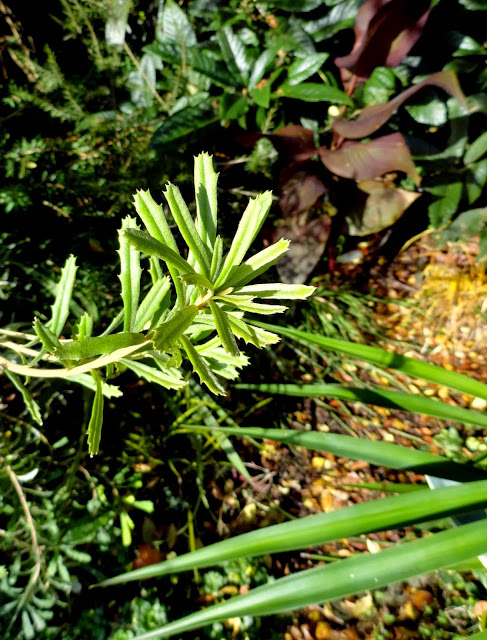 Here’s their description: “I guarantee this Banksia is made of pure silver! Well, not quite, but it's almost as good. This species is usually a shrub to about 5 - 8' tall, but it may attain the stature of a small tree. The green leaves are comparatively small (under 2”) with light serrations, and silvery underneath. Yellow flowers may appear on tall cylindrical “cones” in winter. Silver Banksia is very easy to grow. It will be happiest in full sun on sandy or silty soil, and does not like clay or very rich soils. It is quite drought tolerant but will also not object to moderate summer irrigation. It can also be grown in a large container for many years. This plant was shared with us by Brian Brown from his garden in Bremerton, Washington, where it has remained unscathed by the severe cold events of November 2006, December 2008 and December 2009 - it's now about 10' tall. We also know that this plant is originally of Tasmanian origin, suggesting it is well adapted to a cool climate. Hardiness once established is certainly somewhere below 20 °F; hopefully, further testing will enable us to figure out just how much lower.” And it looks like I might be helping figure out just how much lower, since our nighttime temps next week are predicted to be in the teens. 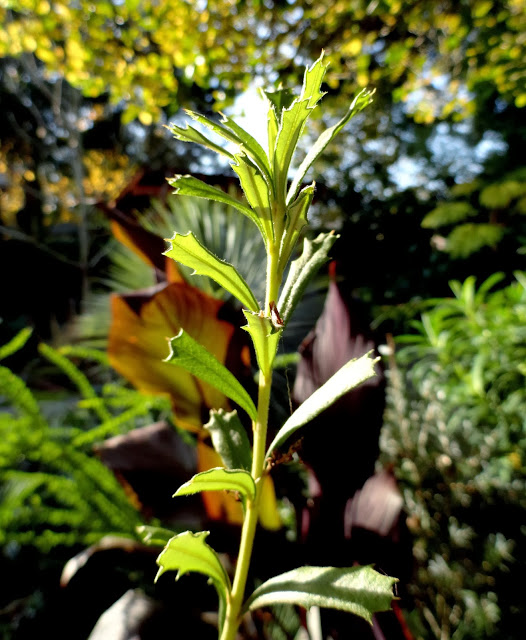 The silver undersides are one of my favorite things about this plant. 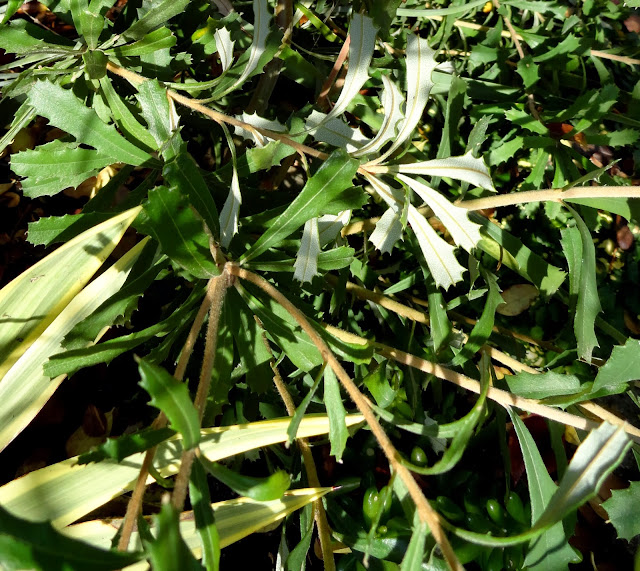 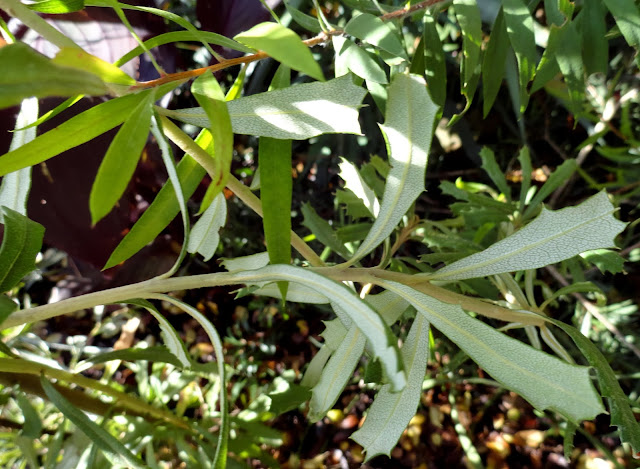 However I’m a little embarrassed that I’ve let the trunks grow so willy-nilly. I really should have been stricter. Here’s what they look like at the base, one goes straight up, three arch out to the side. 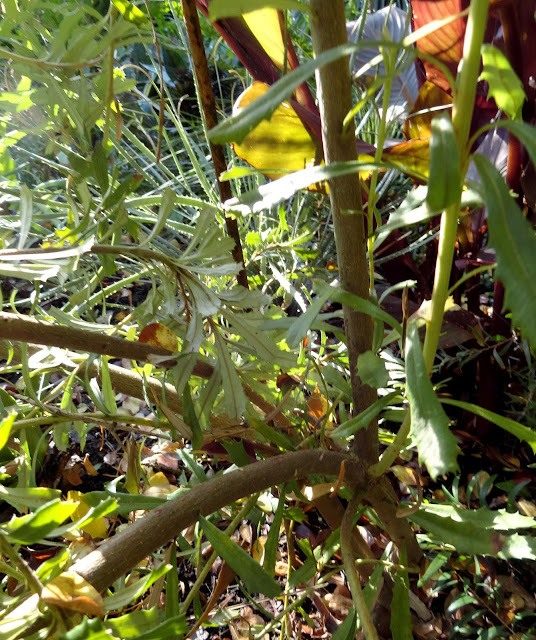 Last year the tender new growth resulted in some tip die-back come spring. I fear worse is bound to happen this year, I just hope the plant lives on. What are YOU appreciating in your garden this last week of November? 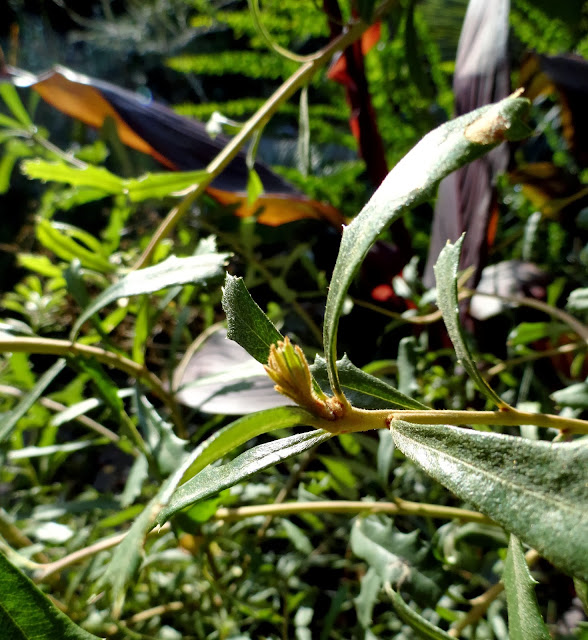