A year of favorites…

It’s been a year now, since I started posting a weekly “favorite plant in my garden.” I was pretty sure I’d have no problem coming up with a favorite each week, and I haven’t. In fact most weeks I didn’t set out to find the “fav” but rather just found myself admiring something and realized it was the one. 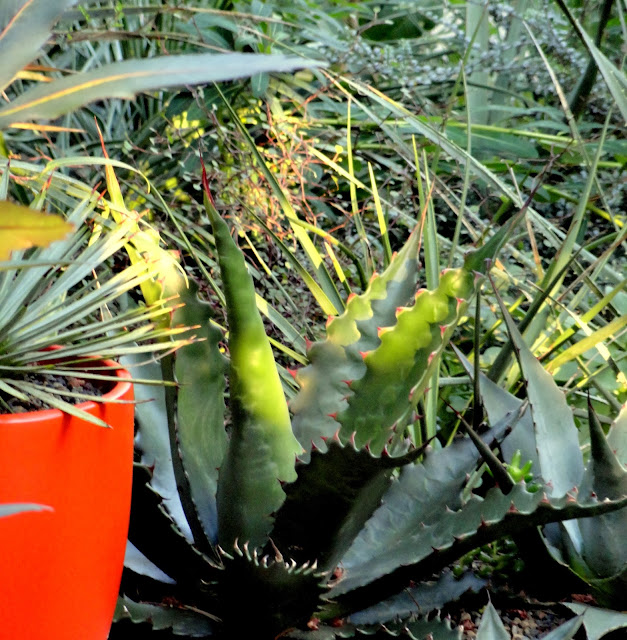 This week’s fav, Agave gentryi 'Jaws,' got shoved aside a few weeks ago. After I’d taken these photos the Echium candicans 'Star of Madeira' stole my heart, then Halloween week called for its own speical feature. However I’m taking blogger license (that’s a variation on artistic license) and featuring it now. Why? Mainly because it’s gorgeous and deserves a little recognition, but secondly, the sun… 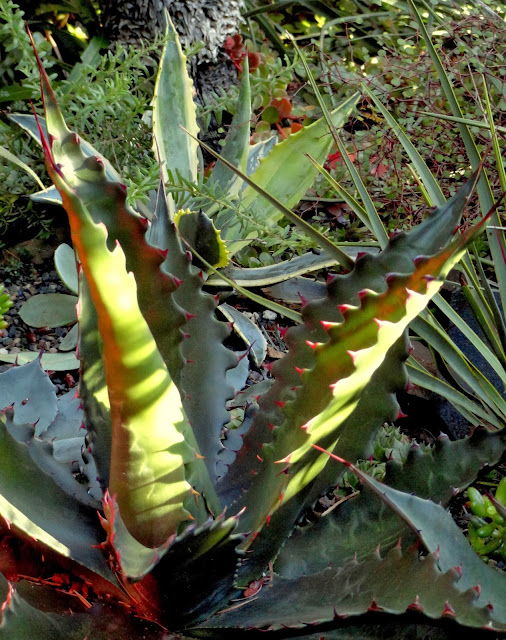 This was one of the final warm sunny afternoons I spent writing on the patio, I took plenty of breaks to stop and look around. Soak it all up so I could bring back the memory when faced with the long grey days of winter ahead. The lower sun angle fell across ‘Jaws’ in a way it hadn’t before, illuminating its blood-red tipped teeth. 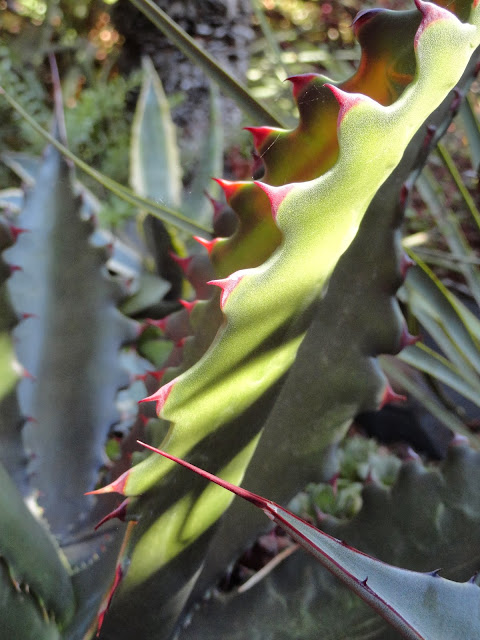 Agave gentryi 'Jaws' is an introduction from YuccaDo Nursery. About the name they say: “this selection was made because of the size and arrangement of the teeth which with time, as the leaves fold and die, resemble the death grip of a shark.” 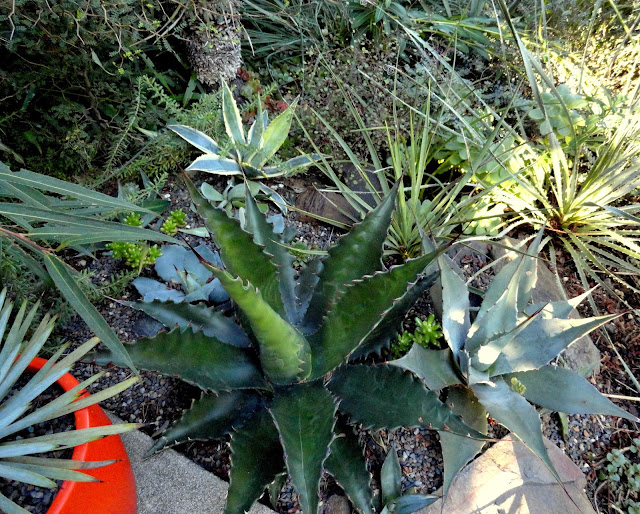 Funny they don't mention the blood. I’m amazed at the growth ‘Jaws’ has put on this year, he enjoyed the summer heat. 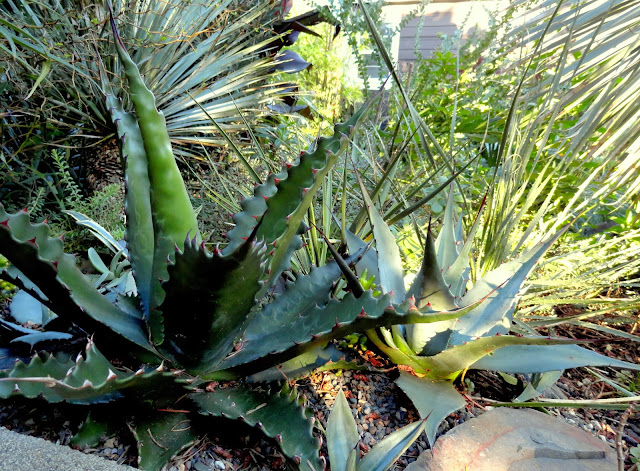 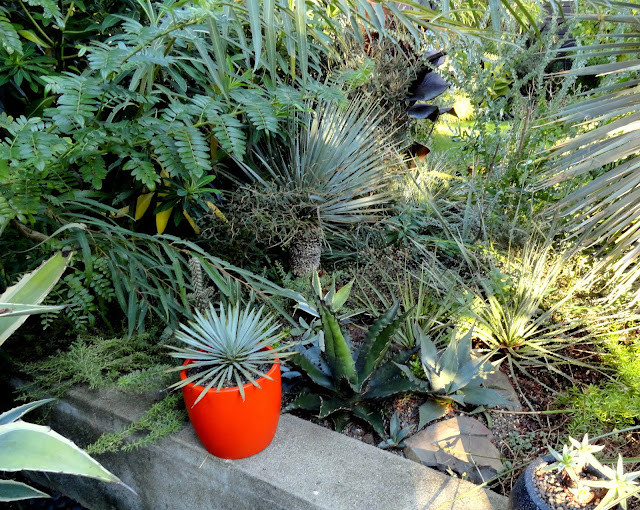 I’ve got another ‘Jaws’ in a container, an insurance plant of sorts. He seems pretty happy there, although he’s staying smaller. The fine folks at Arrowhead Alpines must also keep ‘Jaws’ contained because they have this to say: “A dark green agave so thick and rubbery that it almost looks fake, with dramatic teeth on the leaf margins that give it its name. Spectacular when combined with ominous music and sprinkled half-hidden in the garden where it can consume unsuspecting visitors. Not even close to hardy for us, but like all agaves, incredibly easy to overwinter. Just bring it inside, give it a little light, and stop watering until spring. You get a wonderful, sculptural houseplant for the winter, and your kids will finally learn to stop rough housing when they get accidentally impaled on one of the spikes.” 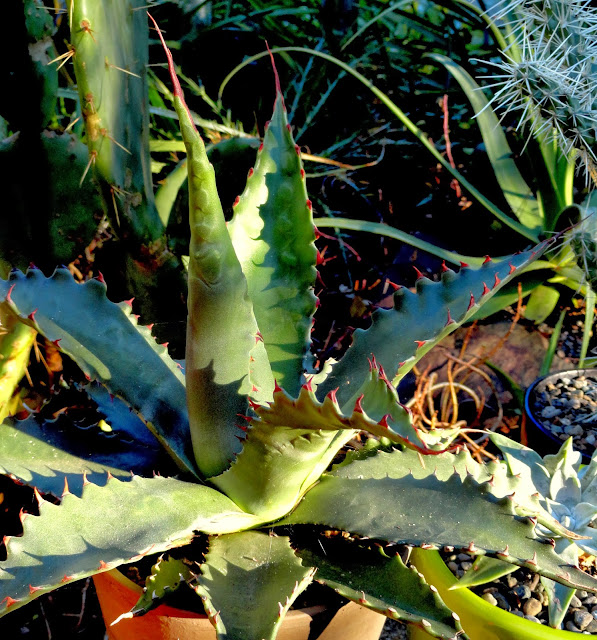 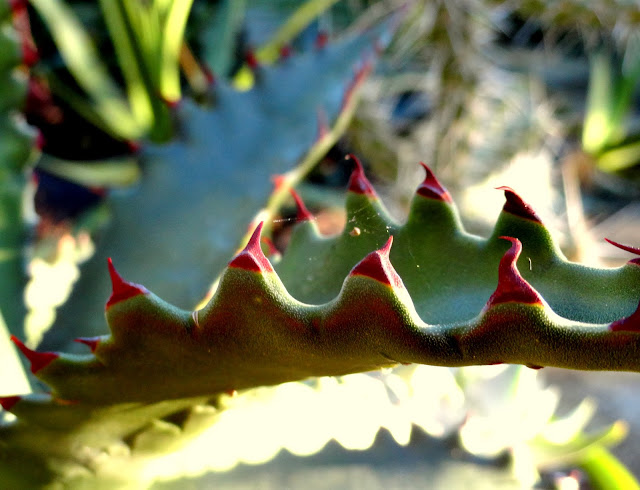 One of the unexpected benefits of my weekly plant posts is that many of you have joined in with your own favorites. It’s a great way to be introduced to new plants and learn what makes them a star in the garden, so thank you for jumping on board, here’s to another year of favorites! 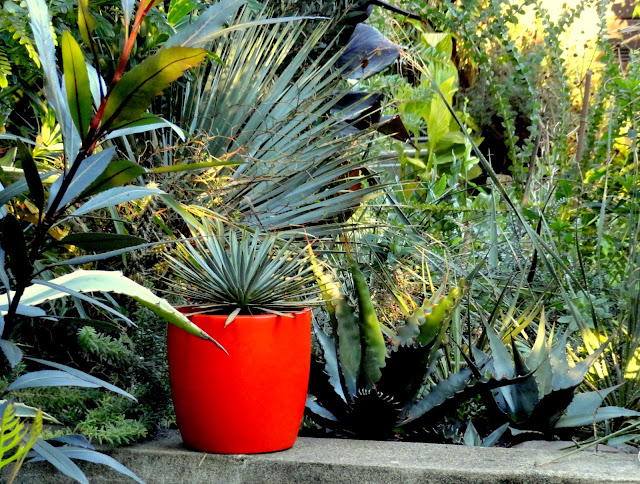