Eryngium maritimum, my favorite plant in the garden this week... 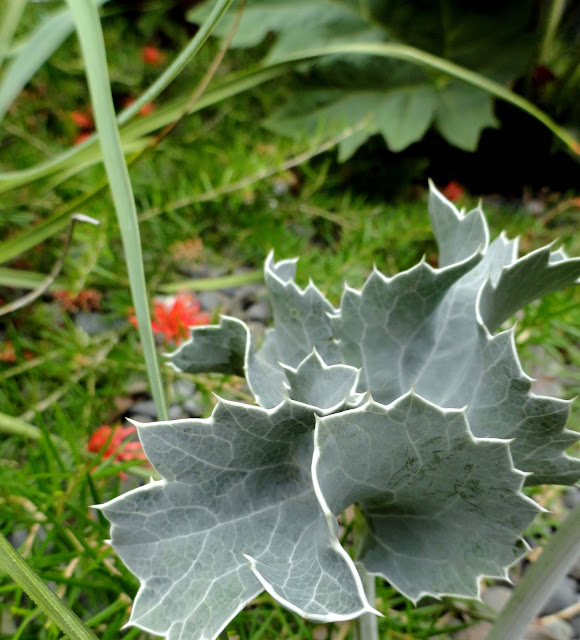 It’s not a big “stop you in your tracks” stunner… 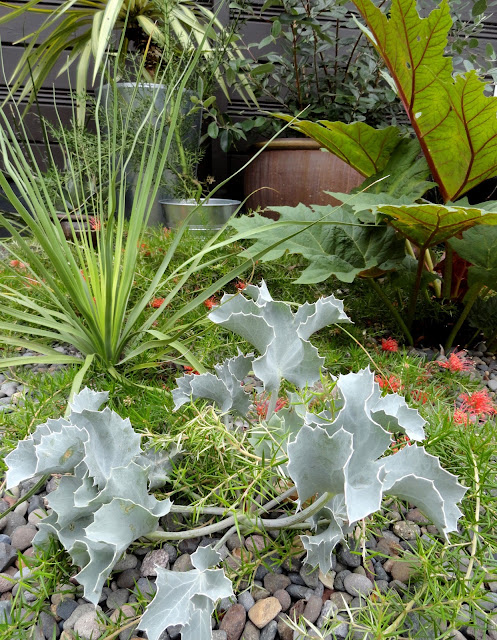 But those twisted, spiky, ghostly leaves… 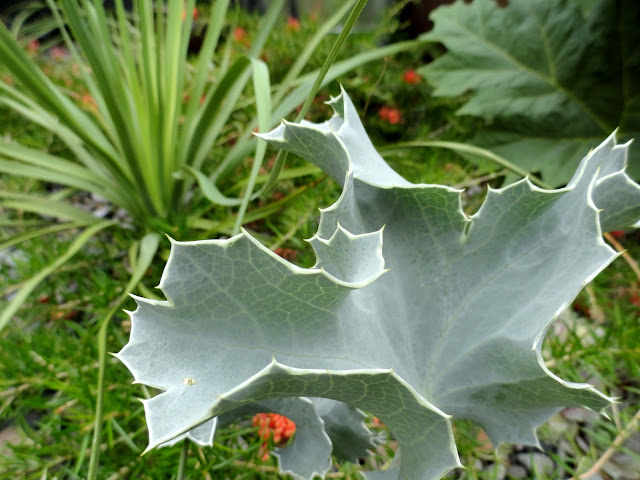 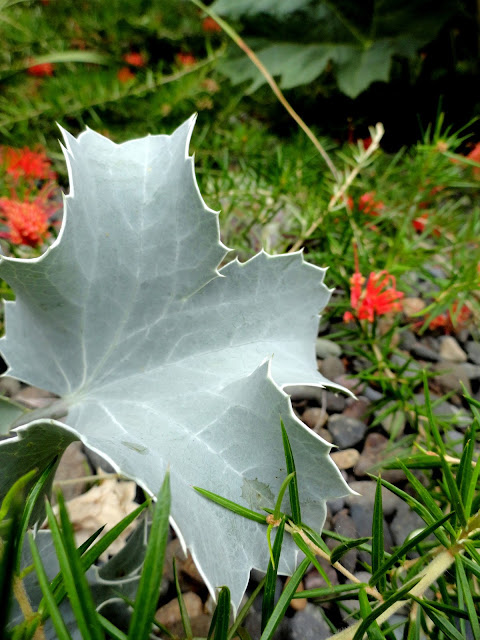 I bought my Eryngium maritimum on a visit to Dancing Oaks Nursery last August. Not exactly prime time to plant something in the garden but I did it anyway. Of course it pouted and did a disappearing act. One or two leaves appeared once the rains returned in the fall but it never did look like it was going to make it. Now I finally think it’s decided to live. 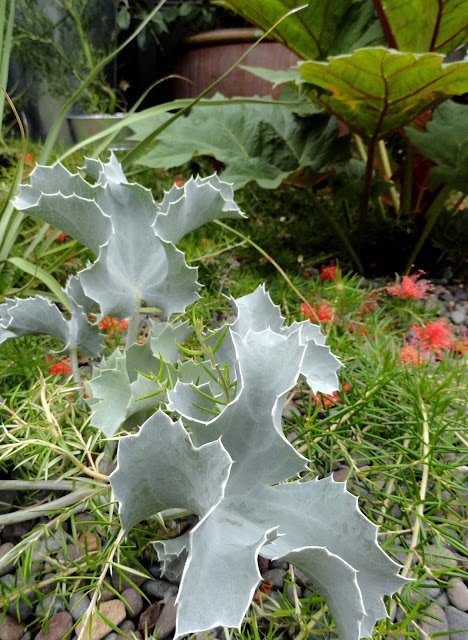 I thought maybe it would send up a bloom but it just keeps putting out new leaves instead, which is just fine. 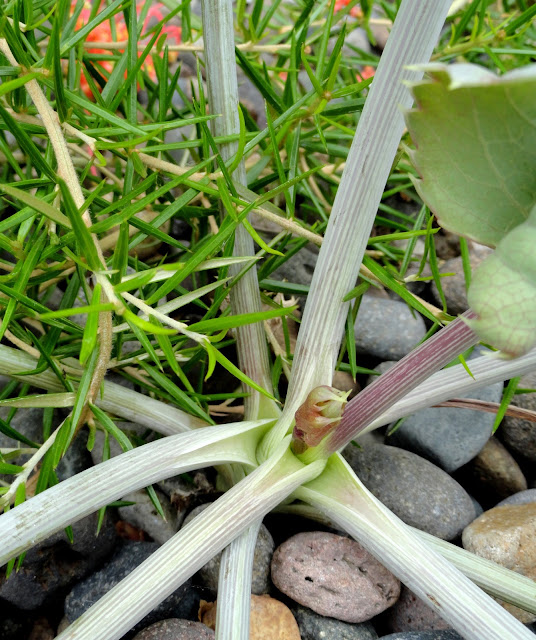 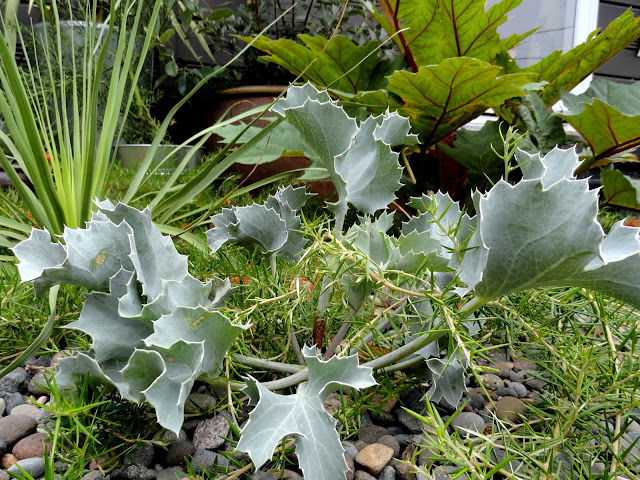 Growing right next to the Eryngium is a seedling from an earlier featured fav Euphorbia rigida. 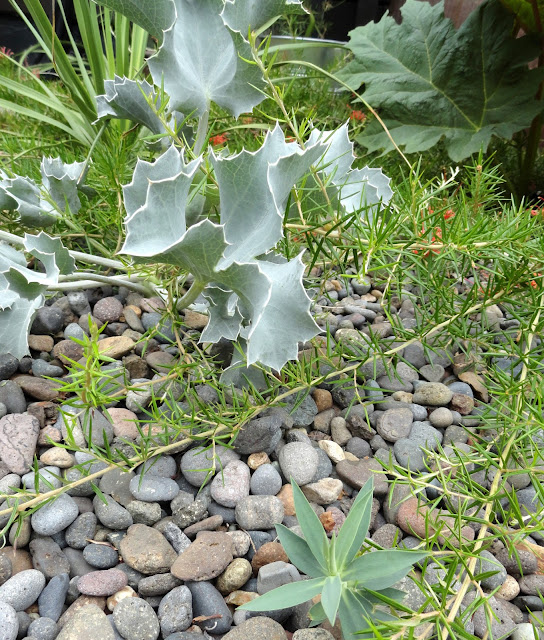 The mother plant had to come out during the Rhody removal but thankfully I’ve got a few seedlings appearing around the garden. Free plants, that’s another favorite thing. If you've got a current favorite in your garden and have done a blog post about it please share a link in the comments, we'd love to learn about it! 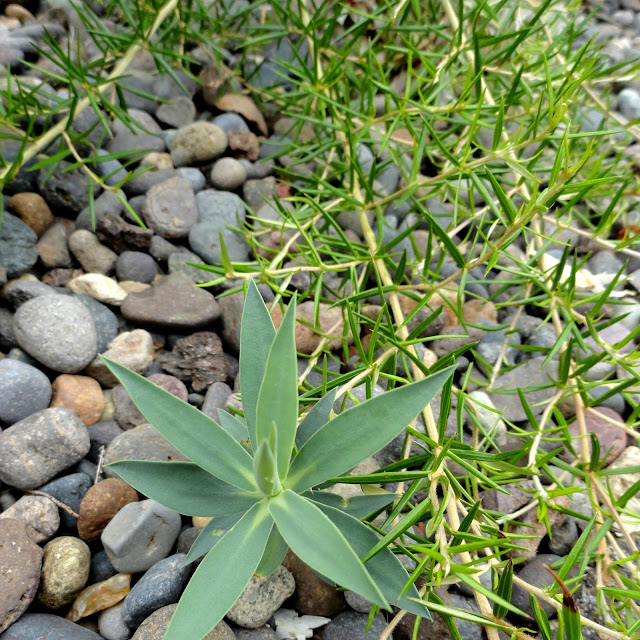 Labels: Eryngium, my fav plant in the garden this week