Alstroemeria isabellana, my favorite plant in the garden this week...

I purchased (those who were there might say “pounced on”) this Alstroemeria isabellana last summer at Joy Creek Nursery. I’d gone to hear a talk by Kelly and Sue of Far Reaches Farm, who’d brought some plants with them to sell. When I saw this plant I had to have it! 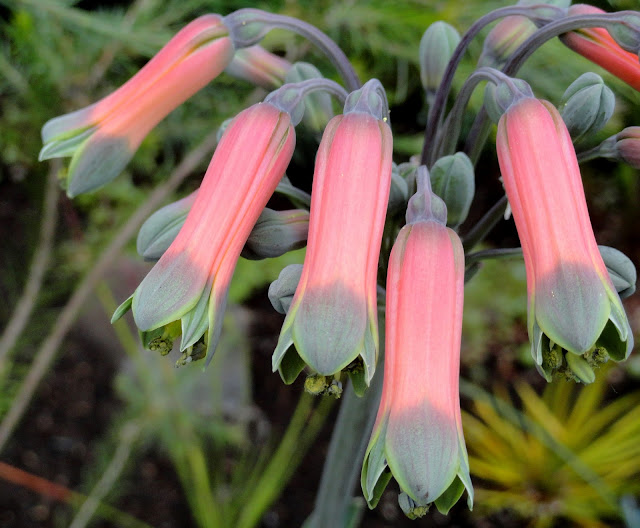 Far Reaches currently identifies it as Alstroemeria isabellana but it’s also been known as Alstroemeria x bomarea 'Fred Meyer'…no matter the name it’s a fabulous plant. Because I bought it so late in the season (August if memory serves) I wasn’t sure where to plant it and fell to my default…it went in a container, which is also where it overwintered. Here’s a collage from last September’s Bloomday post (2012) where you can see the cool seed pods that form after the blooms… 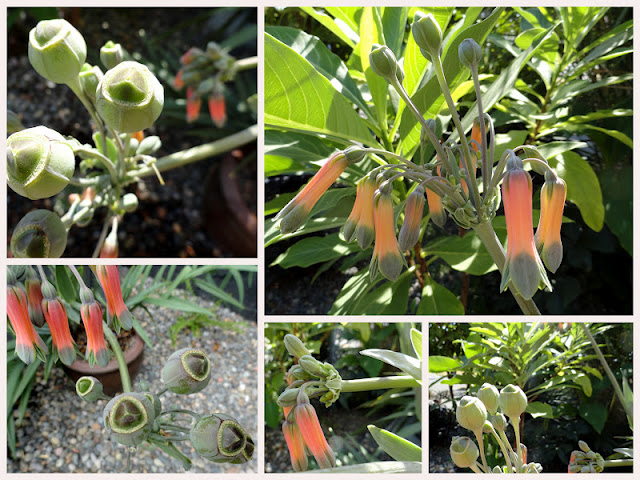 Concerned the container treatment wasn’t ideal I feared it wouldn't return this spring, but thankfully it did. As soon as possible I planted it in the new area created by clearing out some lawn. 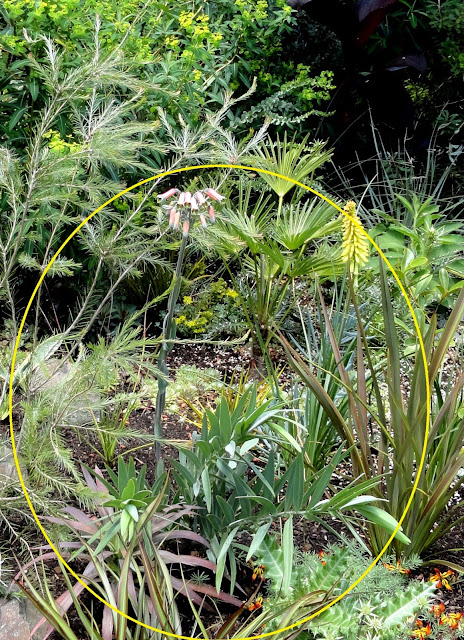 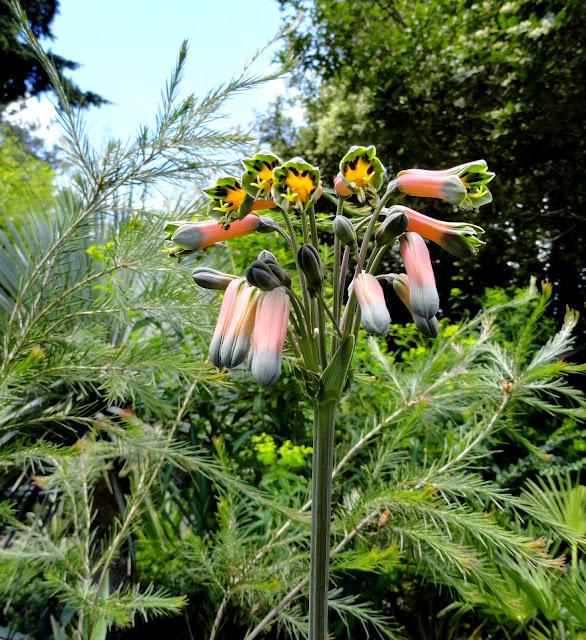 And two more on the way. 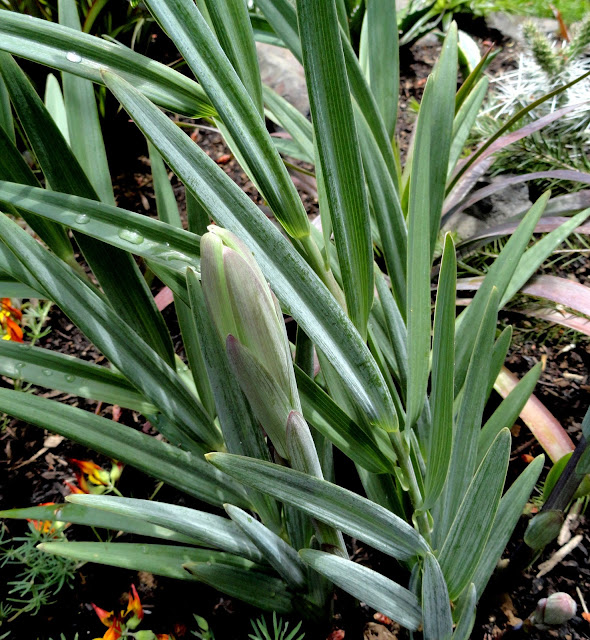 It is the flowers which drew me to this plant but the foliage is also pretty sweet. Thick, heavy grey/green succulent leaves and a lot of them… 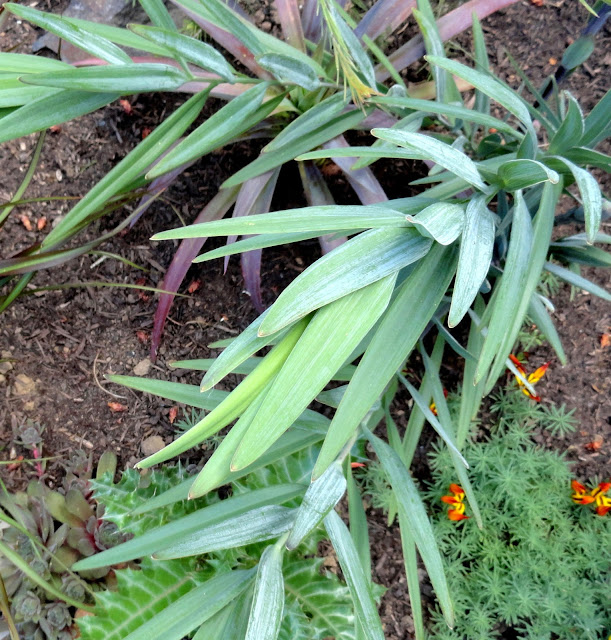 Want one? Both Dancing Oaks Nursery and Far Reaches have it available via mail order. 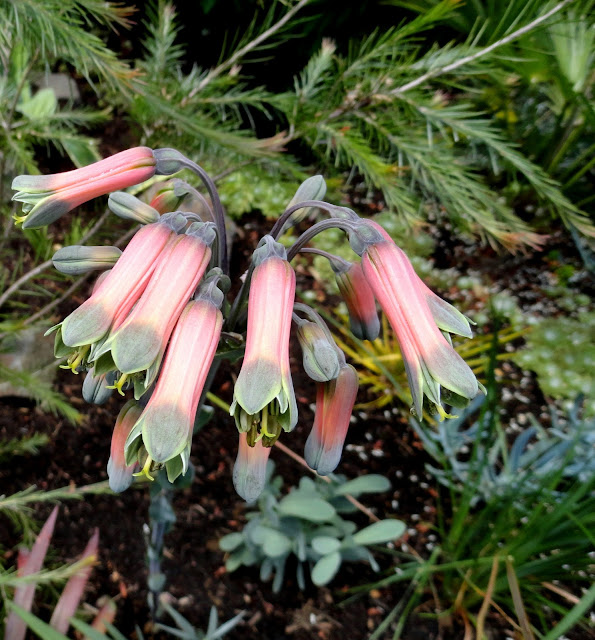 Do you have a favorite plant feature to share? Leave a comment below with a link, I'd love to hear about what's looking really good in your garden this week!