Remember all those rescue agaves I brought home last November? Well I’d been saving a little corner of the “new” planting area with them in mind, and once the monster Echium x ‘Rocket’ came out and the galvanized dish planters were in place it was finally time to plant them! 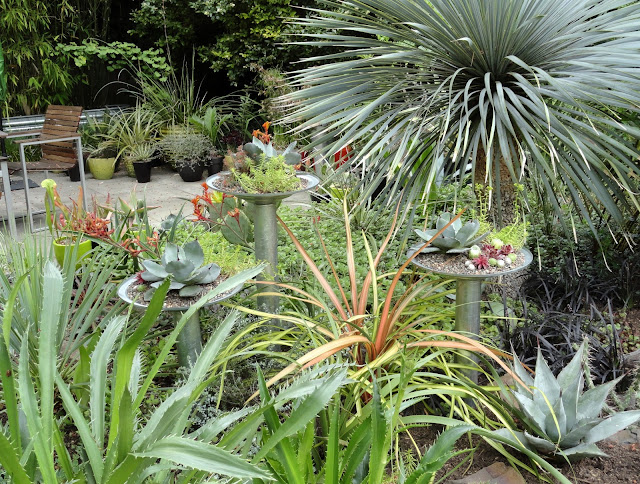 Since this had been my plan for awhile I’d been saving every rock I dug up around the garden, as well as used gravel from container topdressing (which is nearly impossible to salvage when repotting) to help with drainage. I also wanted some basalt chunks, since they are so similar in color to the soil and don’t scream “decorative rocks here!” and brought back a couple dozen when I visited my parents last April (Spokane, WA, is basalt central).

I thought long and hard about creating a crevice garden here and almost did it, however I slowly came to the conclusion my garden is too small to have pulled that one off. It would have looked out of place and like I was just trying to check another thing off the list of garden features. 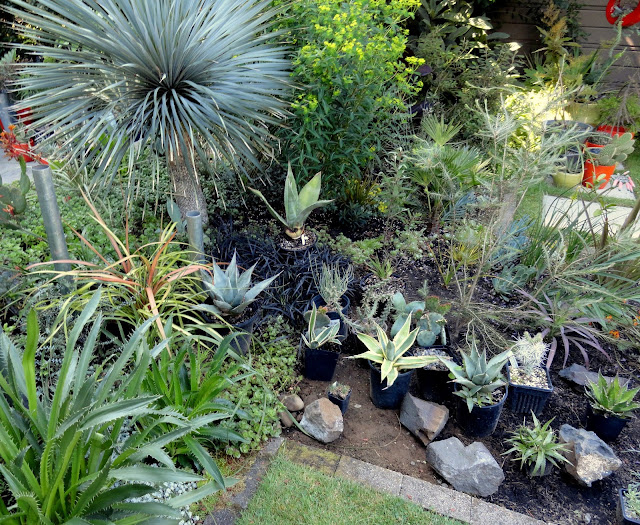 Not taking a single photo during the process! I was in a bit of a funk that day and just forged on. So I give you the finished product… 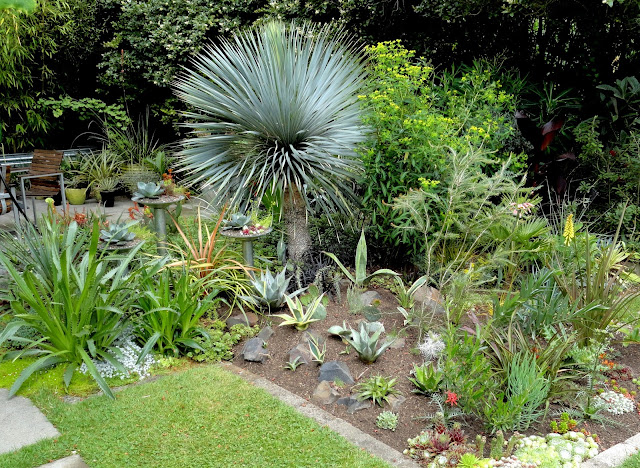 In addition to the rescue agaves I also planted a few other agave pups, a couple of aloes, several opuntia pads, a few cylindropuntia, a dyckia and a couple of other things I’d bought or salvaged. It's impossible to tell from this photo by the area is built up a but from the surrounding ground level... 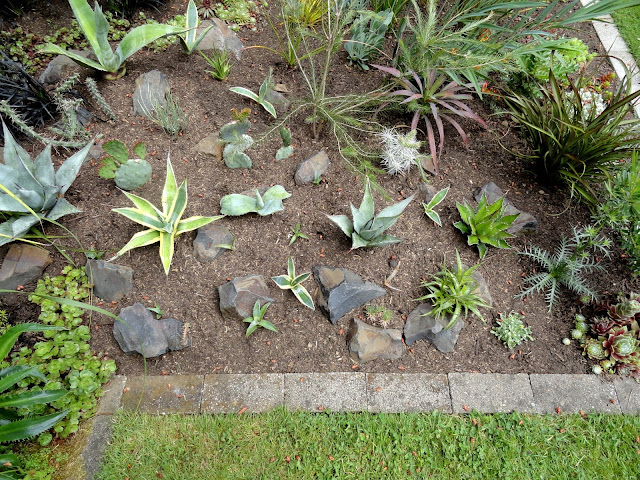 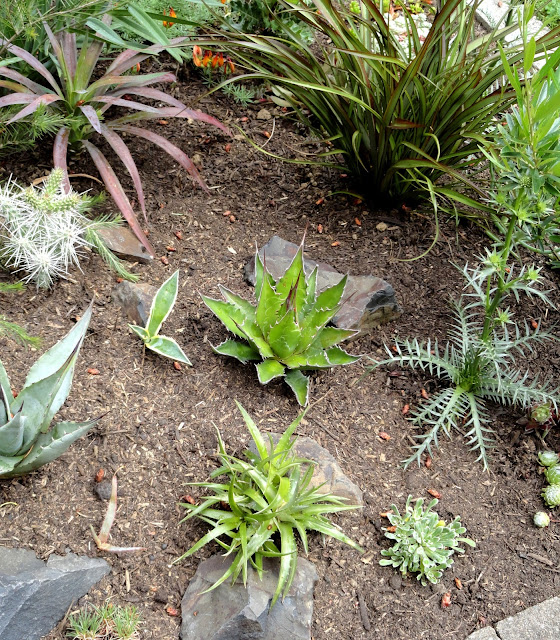 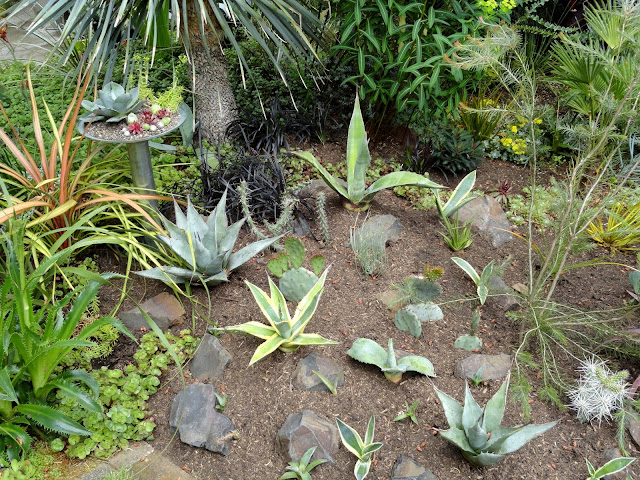 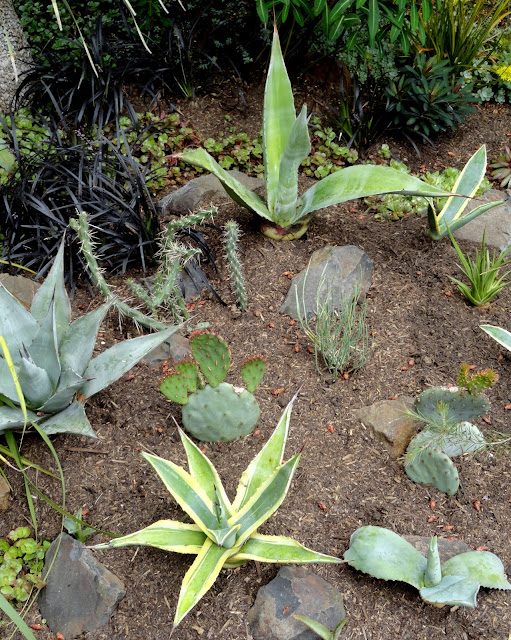 There is also a Callistemon pityoides 'Excellent’ bordering the area between the other plants and the spiky group.. 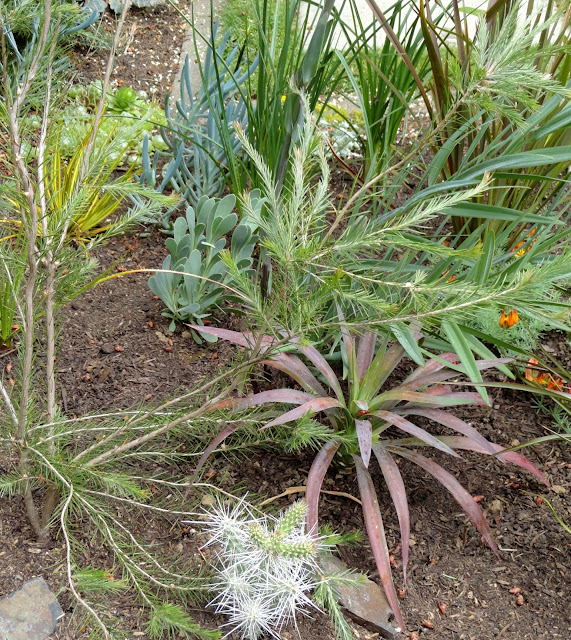 It seemed the perfect transition plant with its tiny needle-like foliage. 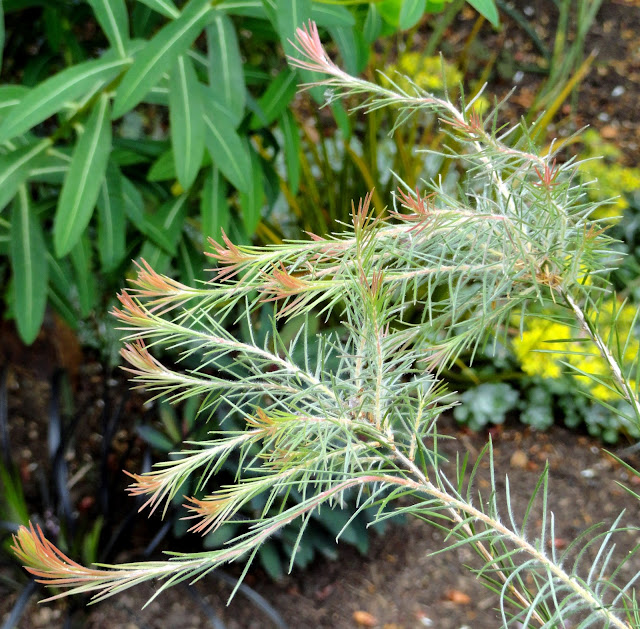 Theoretically most of these should be hardy here in my zone 8 climate, as long as I provided adequate drainage. Only time will tell! Meanwhile I’m questioning my decision to only use mulch here rather than pea gravel as I have on the other backyard agave plantings. Decisions, decisions…. 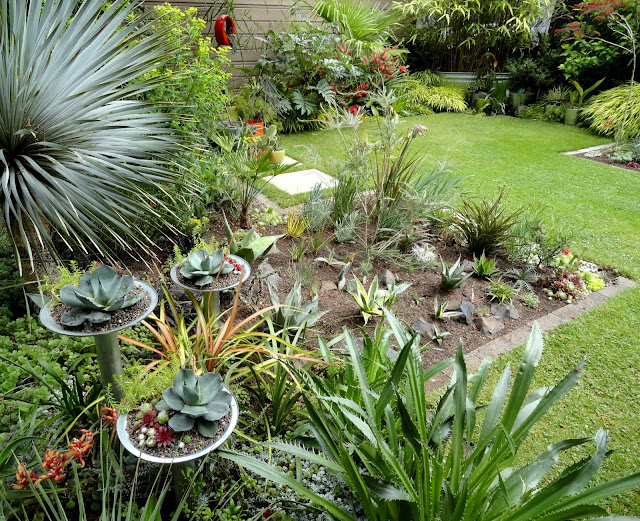