Eriobotrya japonica; my favorite plant in the garden this week… 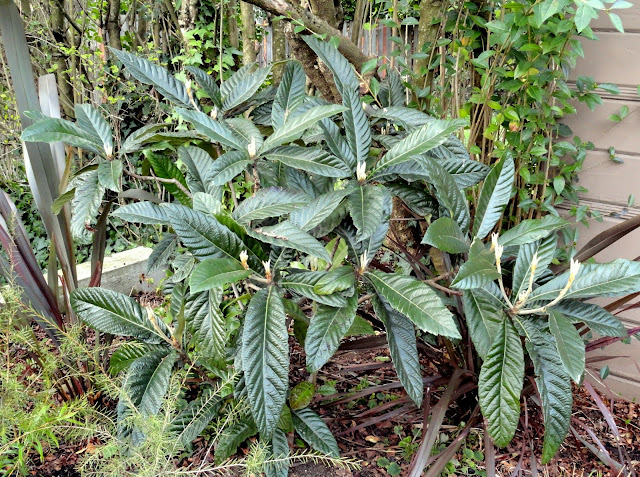 I feel a special sort of attachment to this loquat (Eriobotrya japonica). I watched it at a nursery for over a year before I finally bought it. During that year I purchased another loquat (less expensive, more the shape I needed for the available spot) but I never stopped thinking about this one. Here is a photo I took at the nursery in May of 2011. 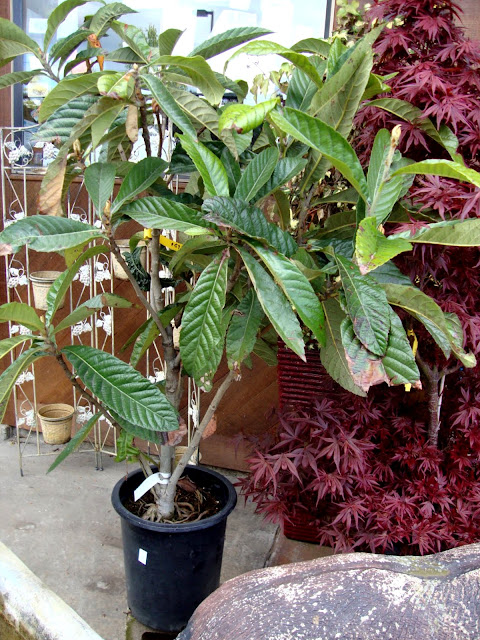 It seemed so unloved, kicked around from corner to corner of the nursery…clearly outgrowing its container and getting its leaves tattered. It was an orphan who just needed a good home to put down some roots and realize its full potential. When the rhododendron came out last spring and I was scheming on a planting plan I realized I finally had a place for it! Of course the fact that it barely fit into my car (a VW Beetle) wasn’t about to stop me, where there is a will there is a way. 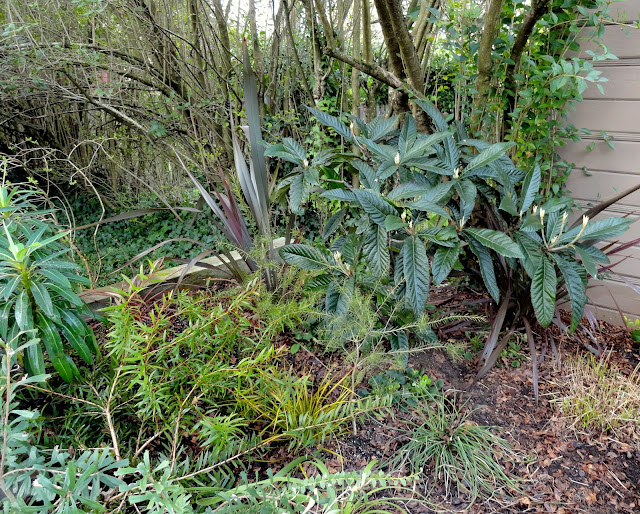 It’s been in the ground here about 10 months and has produced lots of new growth; I think it feels the love. I know I do...just look at those fabulous glossy leaves with the deep ridges. They look almost quilted. 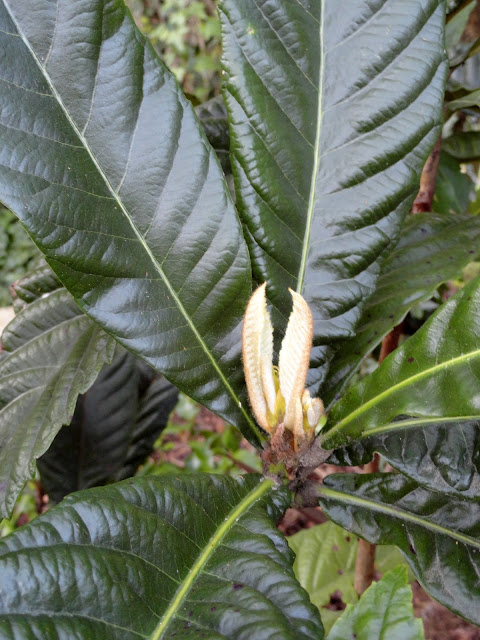 Last weekend we removed several of those privet branches you see arching above, eventually they'll all come out allowing for the loquat to achieve that full potential, I can’t wait! (and yes you are correct, there are two Dusty Miller plants in the foreground. On sale for $1.99 I picked up three to see if I really could go there, I haven’t planted them because I can't quite decided if they are a go)… 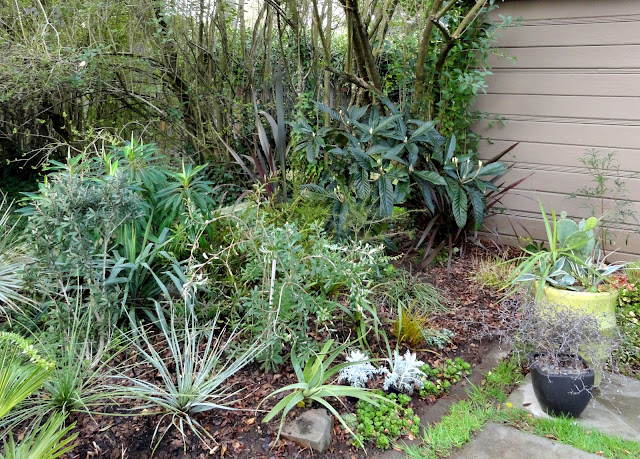 In the interest of full disclosure however all isn’t agreeable in loquat-land…the other one I’d purchased earlier, well for the second year in a row it’s developed a bad case of the chickenpox over the winter. 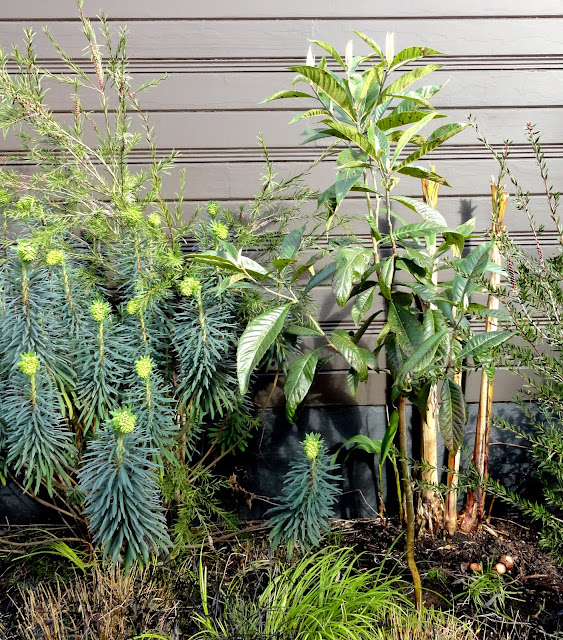 Last year the new growth emerged spotless and by midsummer I’d forgotten all about the pox, but obviously the problem is still very much there. I’d love to hear any ideas you have for remedying this situation. 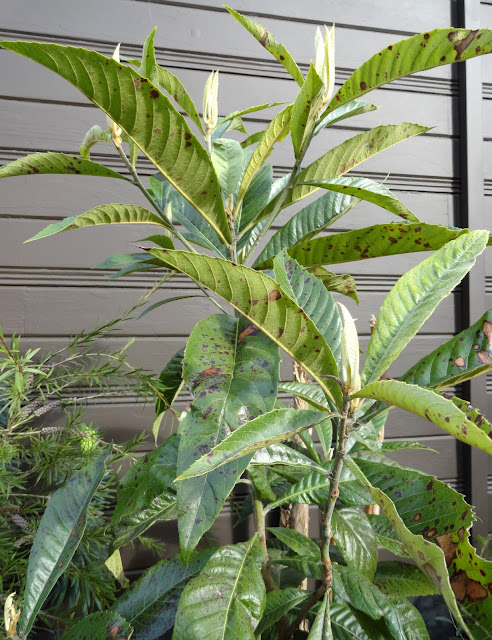 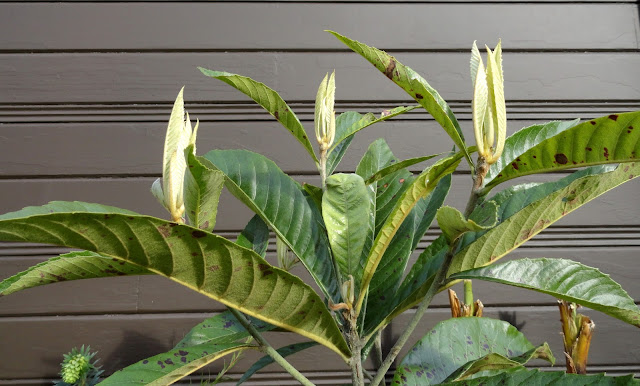 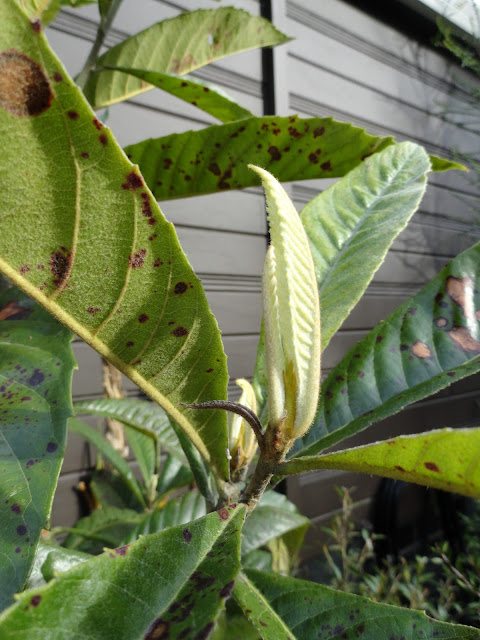 Lest you think this one is simply suffering from lack of love (after all I did call its sibling my “fav”) that’s simply not the case. This was my first and I still adore it. It’s perfect here growing tall and strong from a single trunk, if only its leaves looked healthy. 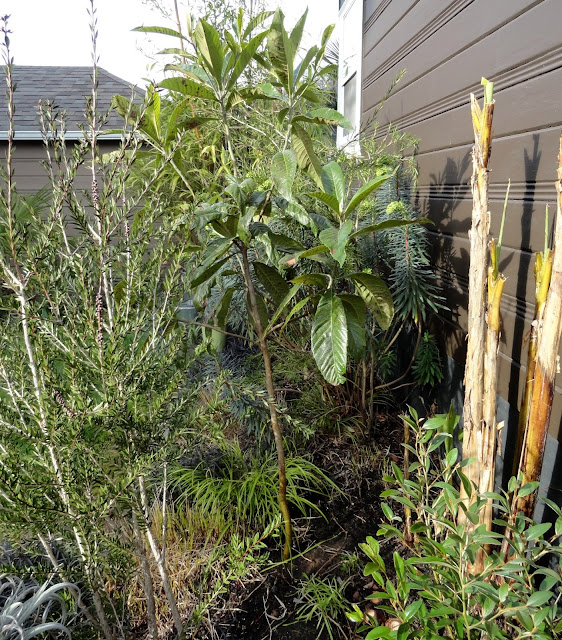 The low-down on the loquat…

Labels: Loquat, my fav plant in the garden this week