Dasylirion wheeleri; my favorite plant in the garden this week… 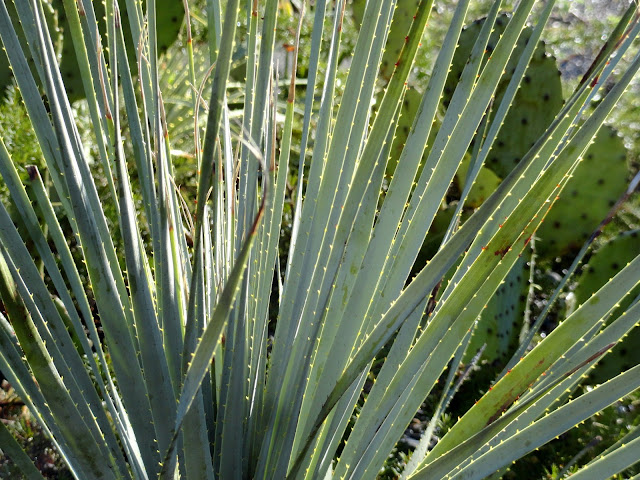 One sunny morning last week I opened the front door and was shocked by the sight of shining teeth on this Dasylirion wheeleri. They were glowing, lit by the sun. Unfortunately the camera wasn't able to capture exactly what my eyes saw, but this will hopefully give you an idea. 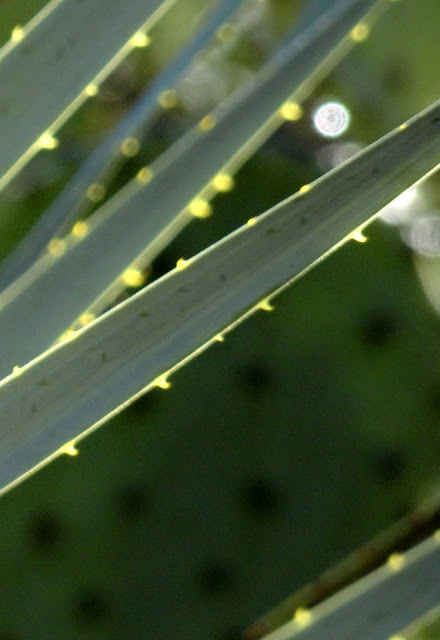 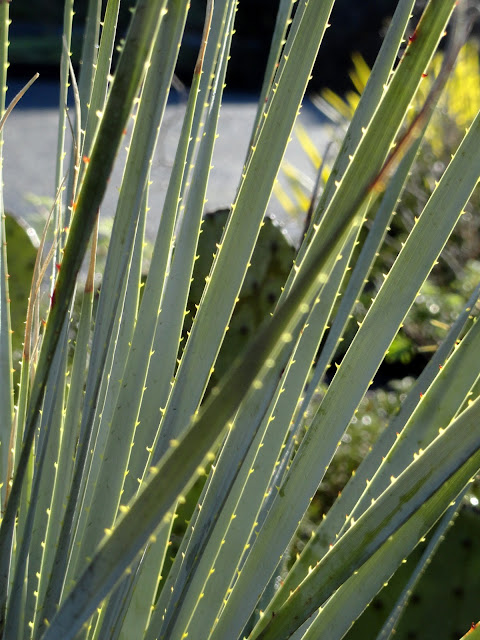 I've had this particular Dasylirion since 2006, it was a tiny thing when I got it, and as you can see it hasn't grown as large as you might expect in 7 years. Ah well, at least it’s still alive! 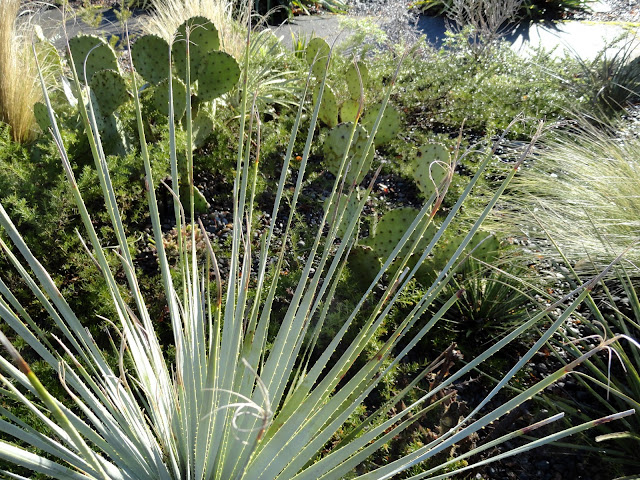 Actually I should confess I have 5 of them. Three are on the greener side (like this one) and the two I bought at Cactus Jungle last year at about this time are much bluer. 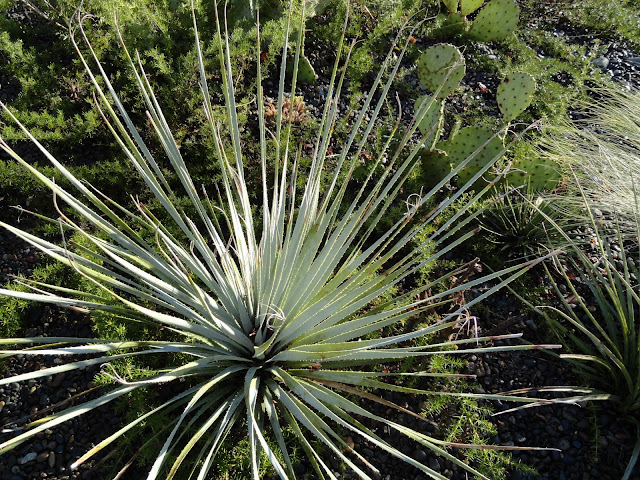 Another favorite feature, the frayed tips of the leaves, Plant Delights Nursery calls them a "cowlick curl...like Elvis used to have." 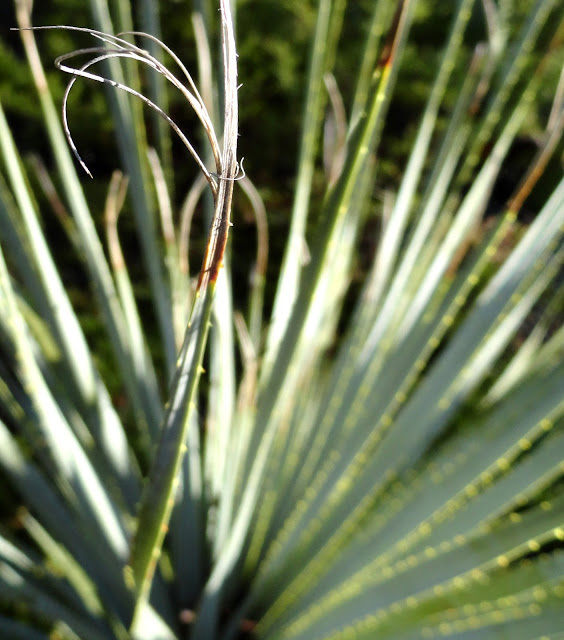 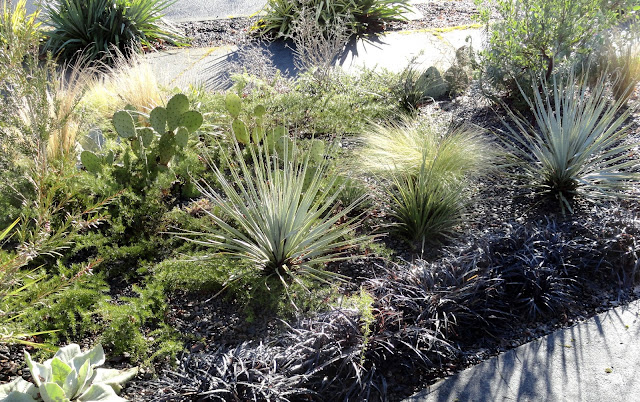 I love this plant! 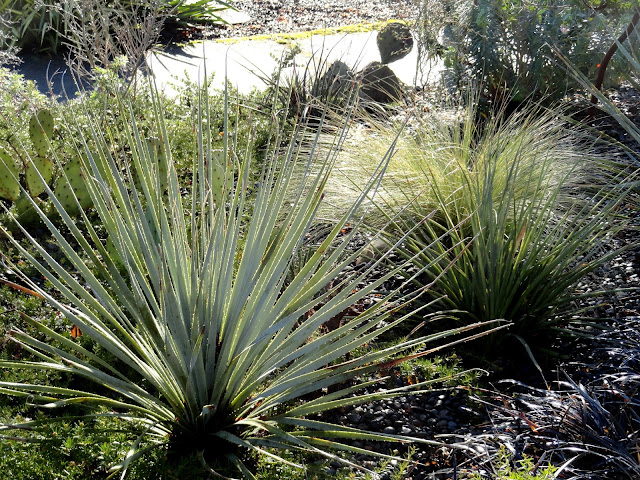 Labels: Dasylirion, my fav plant in the garden this week