During our recent venture north to Seattle (for the garden show) we stayed at a new-to-us hotel, one that was part of the show sponsored hotel pricing specials (a great deal that I recommend checking out if you go next year). This shallow planted bowl caught my eye as we pulled into the parking lot. 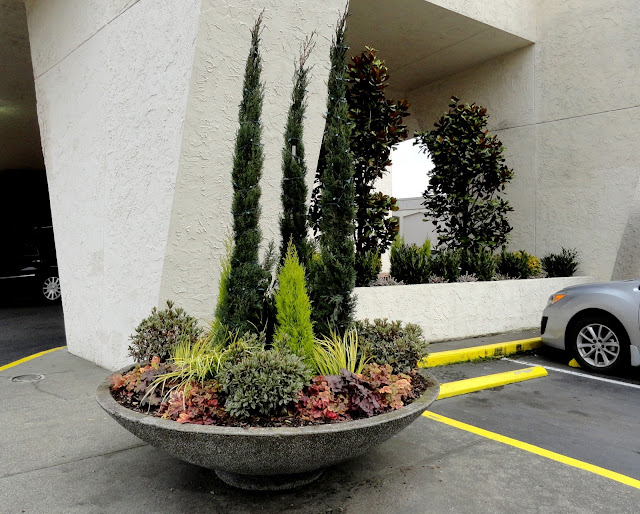 The plantings are fine, nothing to rave or rant about but that planter itself…oh how I would love LOVE to have a trio of those in my front garden. Yes indeed.

Later we parked in the underground garage, just outside the elevator vestibule I spied the saddest little Cast Iron plant ever… 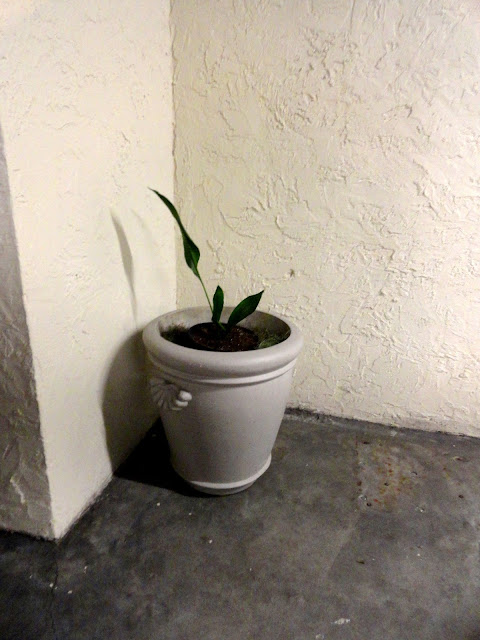 The leaf and two halves looked healthy enough but just a little overwhelmed by the container. Maybe they could've at least planted the poor thing? Or just made it look like they did? 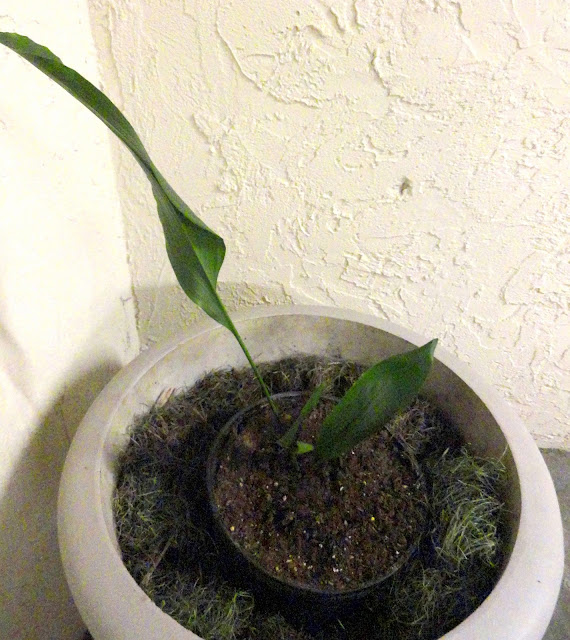 Later that evening as we were leaving we noticed a fellow Oregonian…have you ever seen an Astroturf covered vehicle? 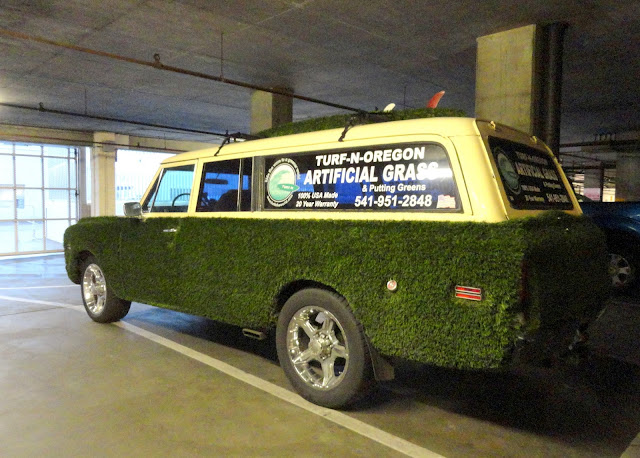 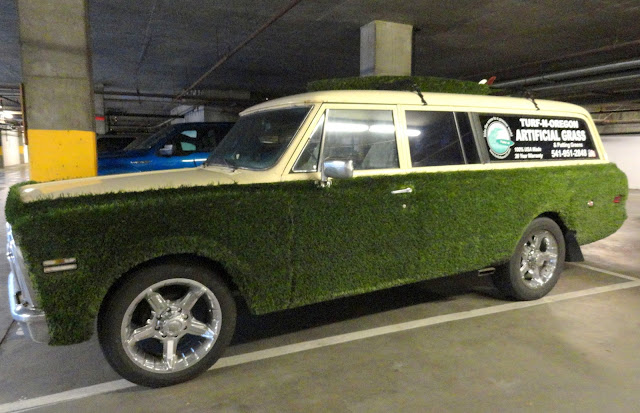 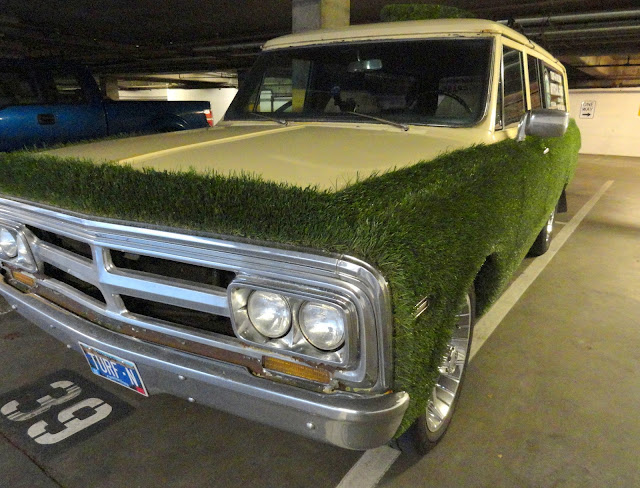 Did you notice the name of their company? Turf-n-Oregon. Turf-n…that must explain the surf board on the top? 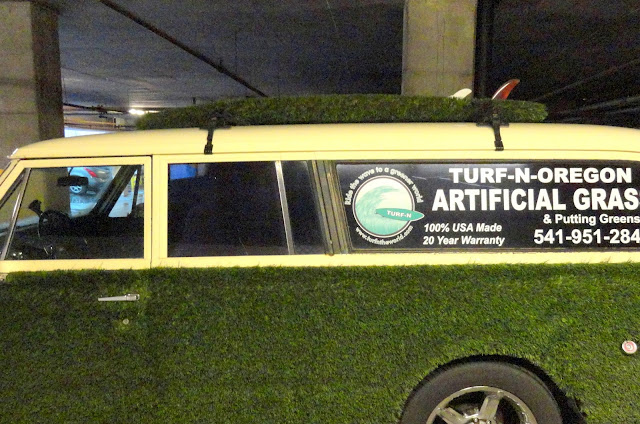 Finally there were these clipped shrubs in front of the hotel. 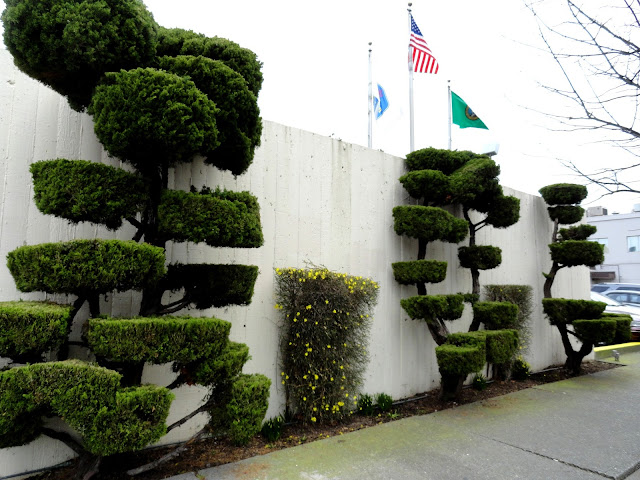 I suspect many gardeners would recoil in terror when they see shrubs trimmed up like this, but I rather like them. It’s an art form. 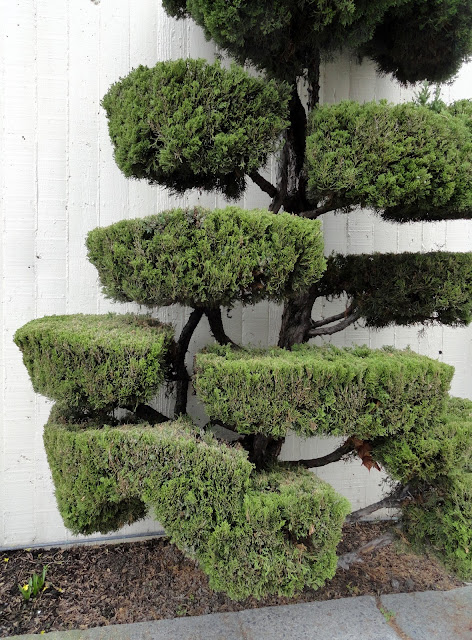 Although I do think the Winter Jasmine (Jasminum nudiflorum) is an odd choice for this treatment (there was a trellis behind it, keeping it upright). 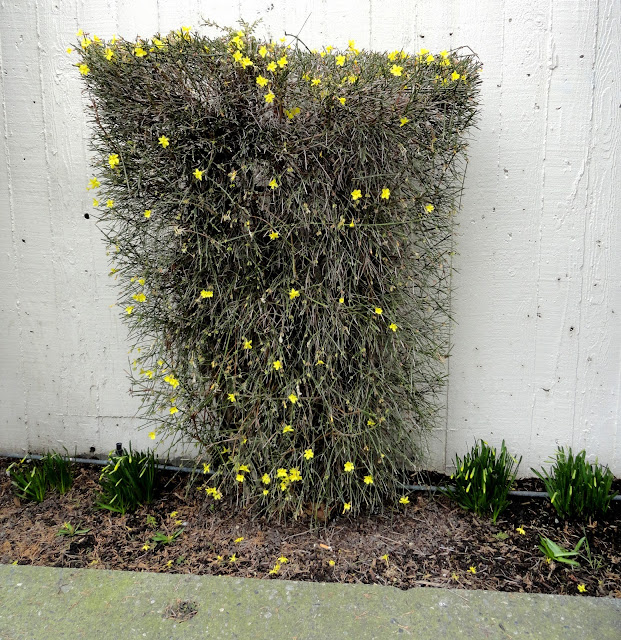 What do you think…love cloud pruning (maybe cake pruning in this case), or hate it? And what about that Astroturf covered rig? 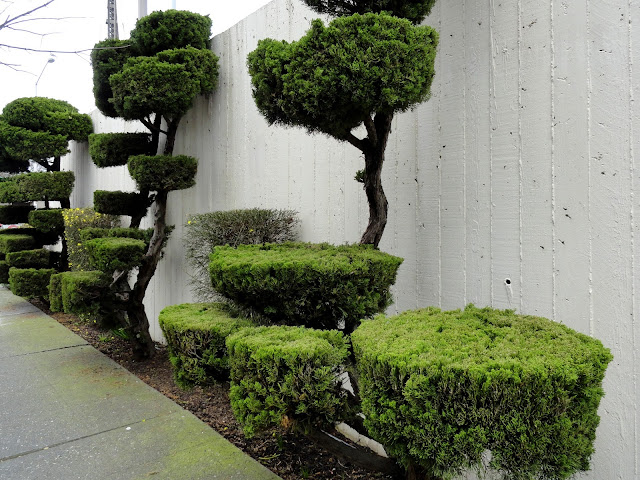