I feel a change a comin…

I have a reputation for having strong opinions, and I suppose it’s somewhat warranted. However I also have been known to do a complete 180 and reverse my direction. Take Mexican Feather Grass (Nassella teniussma); I hated that plant for years. Never could understand what people liked about it. Then one day I had to have it…had to! My current flip flop plant…Dusty Miller (Senecio cineraria or Centaurea cineraria)… 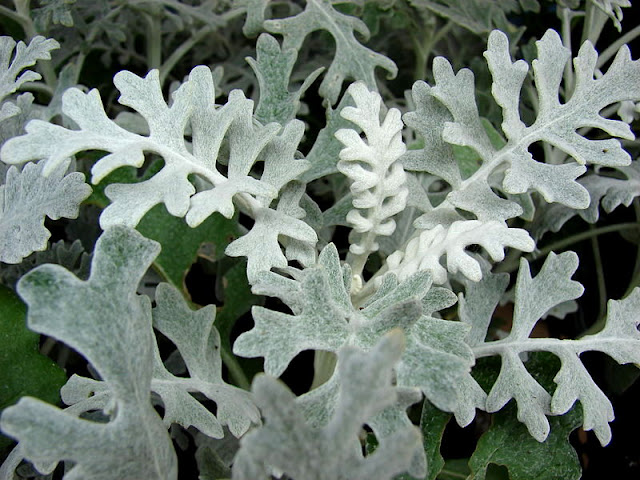 My mom grew this plant in the late 70's/early 80’s; as I recall it always looked on the verge of death. Its bottom leaves crispy, overall too tall and gangly, a slightly better version of this… 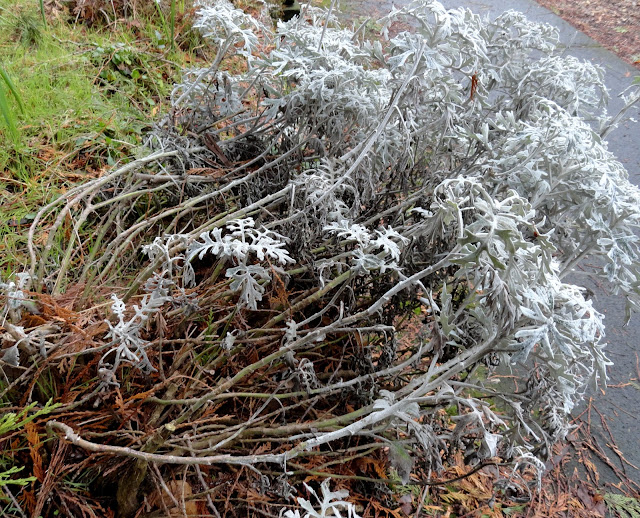 Not the best of plant memories. Many years later the first thing I did when I moved into my house (mine all mine! I finally owned a house!) in Spokane was to pull out the sad little dots of Dusty Miller. They couldn't go away fast enough, I hated Dusty Miller!

Then on a rainy day back in November of 2009, I was stopped at a traffic light here in Portland and I spotted these sweet white clouds… 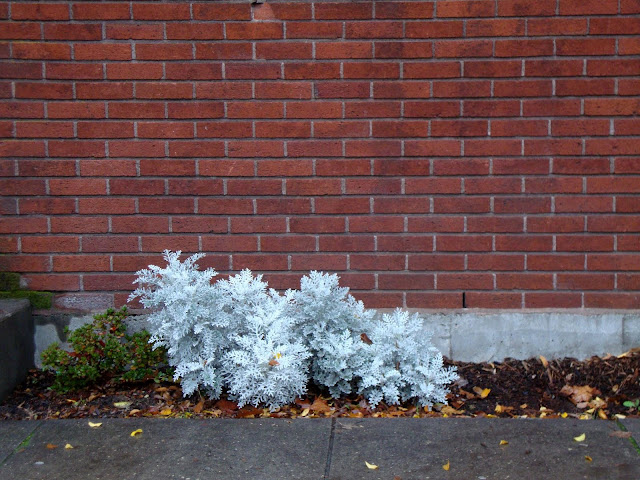 Dusty Miller!...and I liked it…oh the horror! But as luck would have it that was just a short burst of affection and I quickly went back to Dusty Miller hating. 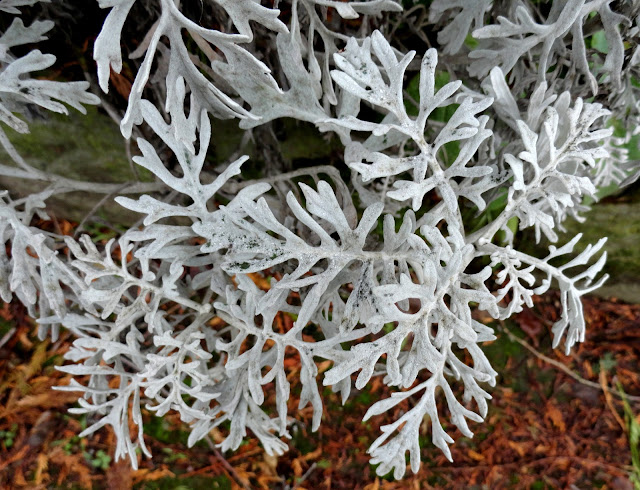 Until now. Now I’m totally fixated on planting it this spring. Must have it! Can’t you just see it brightening up the garden, adding a little light and texture with lots of green leaves around it? I can, and I’m very excited about it. I think part of what I’ve always hated (besides the leggy woody stems) is the way it’s used as an island in the landscape, plants plopped down all by themselves (and often surrounded by bark mulch). 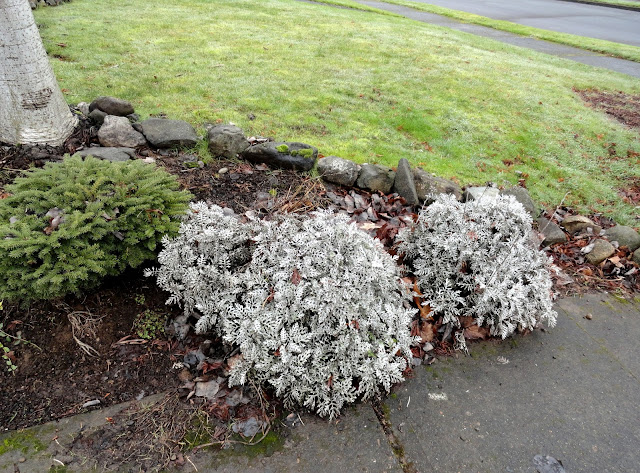 Since I garden by the cram-it method (you know, cram as many plants in the garden as possible) I hopefully won’t have that problem. Although I am afraid it can go south pretty fast and end up looking like “trailer park landscaping” (a favorite quote from a comment my “But I hate Dusty Miller” post in 2009). I’ll have to keep an eye on it and be ruthless if it gets leggy, oh and no ugly yellow flowers allowed (off with their heads)! 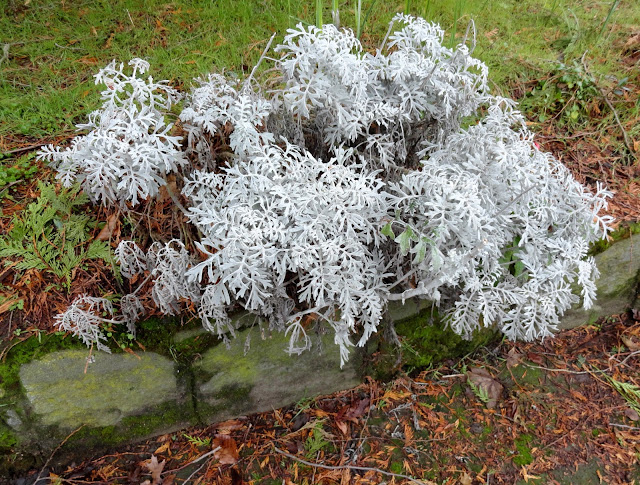 To be continued… (do you think I’m crazy?)