After 2 years and 9 months I thought my work was finally done. But then I spotted this… 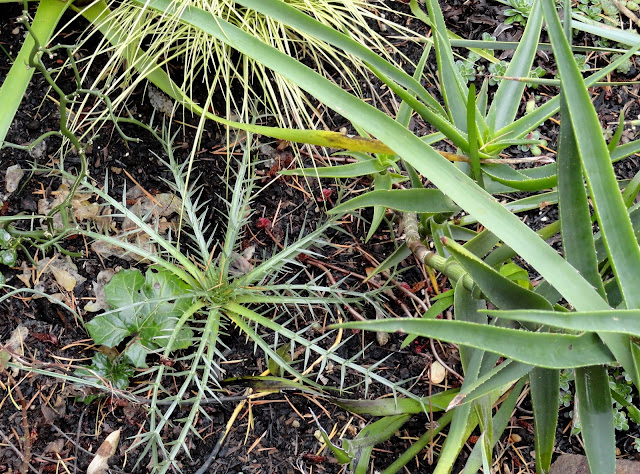 See those big glossy leaves (2) under the Eryngium venustum? That’s Acanthus mollis. I moved the Acanthus from here in late March of 2010, and then I moved it, and moved it, and moved it. In other words it just kept coming back. And I kept removing it, leaf by damn leaf, wiggling my finger down into the soil and pulling as much root as I could. Last summer I saw only a couple of leaves, early in the season too. I thought I was finally done. Nope, I think it was just waiting for the rain to return and wake it up, TWO YEARS AND NINE MONTHS LATER... 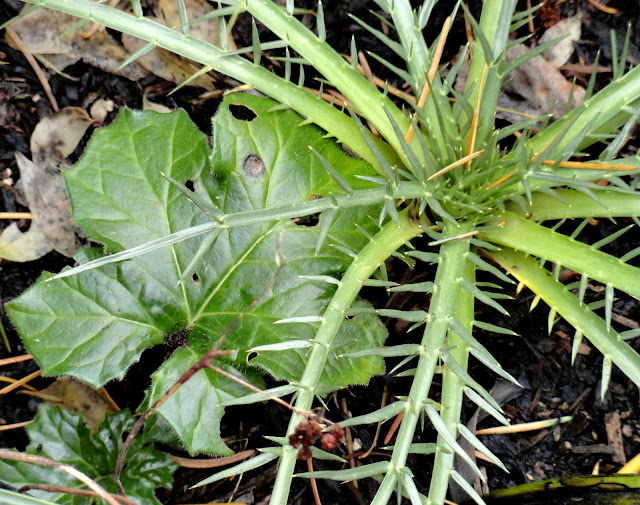 Word to the wise...when planting an Acanthus be sure that’s where you want it to be, because it might just be there forever.

Labels: learn from my mistakes, my garden