Why Grow That, When You Can Grow This?

Let’s face it, Andrew Key’s new book Why Grow That, When You Can Grow This? 255 Extraordinary Alternatives to Everyday Problem Plants was not written for me. He begins by acknowledging that as gardeners the grass is always greener “in the other garden” you know...we want what we cannot grow. Sure, I hear that, Lord knows I hear that. But then he lost me. 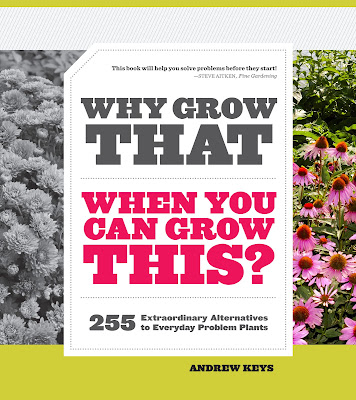 Get this, he suggests that by matching the plants we choose to our climate, soil and sunlight conditions they’ll thrive and we’ll be happier gardeners. What? I've been going about this all wrong. I thought you were supposed to choose the plants you love and then move heaven and earth to make them happy! (you know like the work involved in growing desert plants in rainy Oregon)

Okay, I kid. As much as I love pushing what will grow in my garden there are times you just have to accept the plant you are drawn to is just not the right plant for you. Andrew helps readers through this realization by identifying plants that replicate at least three or more traits of the “problem plant,” things such as hardiness, shape, color, texture, light, and size. And as a bonus this also means if you adore a particular plant in your garden the alternatives provide ideas of how to include more of what you love. For instance as an alternative for Yucca filamentosa (evidently some people see this perfectly lovely creature as a “gas station plant” and thus an unsavory character, whatever!) he offers Dasylirion wheeleri, which I believe is a wonderful, yet  underutilized, plant. 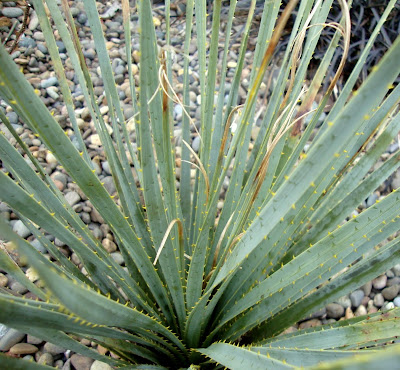 This brings me to another point about the book; it was an education to read what some of the problem plants were and why they were seen as such. For instance everyone’s favorite hardy palm (at least here in the Pacific Northwest) Trachycarpus fortunei was said to look best “in the neighbors garden” because up close they are all trunk, oh my! 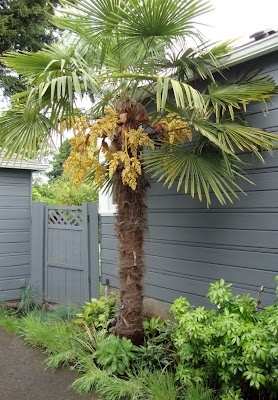 That particular Trachy (above) is in my neighbors garden, but what I wouldn't give to have a few of those trunks in my garden! (then again I have a friend who is a little repelled by the hairy trunks so I guess to each her own) 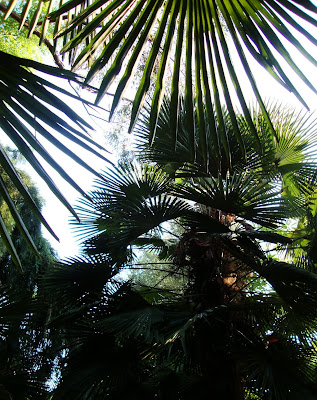 I asked Andrew about how he went about compiling the list of problem plants he addresses in the book. Here’s what he had to say…

“You might have noticed a few categories, in no particular order:

Thank god he see's beyond the Yucca's "gas station" reputation! I do love the problem/alternative section, there is so much information packed onto each page, and pictures too. The one puzzling thing is that Andrew gently urges his readers to get comfortable using a plants botanical name (and rightfully so), pointing out the confusion that can arise from the use of common names. But then the layout of the problem/alternative section puts the common name at the top of the page (prominent placement) with the botanical name appearing underneath in very small print, very small. Odd.

So did I find an alternative for a problem plant in my garden? No not right away, mainly because I don’t really have any problem plants I want to replace, after-all I collect problem plants! I was however thinking about the book the day after I took cuttings of my Blue Senecio. I walked into the back garden and instead of seeing the lovely chalky blue on the left echoing the blue of my Melianthus on the right (and in the foreground, also on the right, the Echium wildpretii)… 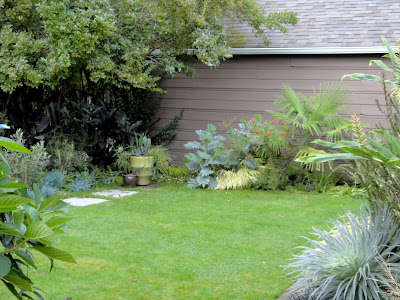 I saw just this, a green hole… 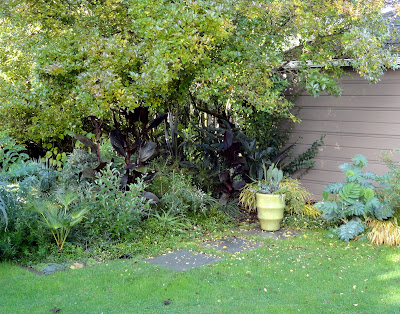 I started thinking about what I could plant there that would give me the same look year round. I wanted something that popped with color and had a similar shape to the chalk sticks (which are not hardy here in Zone 8). That’s when it hit me. What plant have I recently been pining over that has nearly that same powder blue, and also includes the golden tones of the Hakonechloa under the Melianthus? Yep, I bought another Yucca ‘Bright Star.' 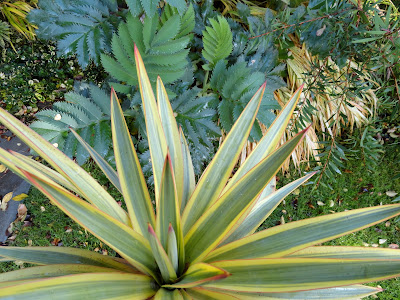 How about another one? (this is fun!) Asparagus densiflorus (Asparagus fern) is enjoying resurgence in popularity, yet it’s not hardy to temperatures much below 25F. What plant could replicate the soft, fluffy fox-tail like spears of the Asparagus fern? How about a Grevillea that’s hardy to 15F? When posting photos of my Grevillea juniperina 'Molonglo' last week I noticed it had a definite resemblance … 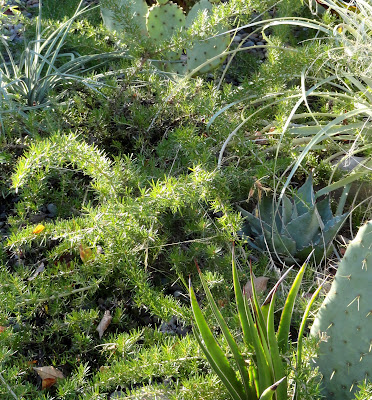 So for me the best part of this book might not be the actual substitutes presented within, but the way it gets me thinking about my plant choices. And that’s a very good thing!

Want more? If you’re planning to attend the Northwest Flower and Garden Show in Seattle this February Andrew is speaking on Thursday afternoon and Friday morning. No doubt he’ll be pulling case studies from the book, and something tells me he’s got a pretty wicked sense of humor too, I plan to catch at least one of his talks. Oh yes, and time for the disclaimer…Timber Press sent me a review copy of this book (yes free), but I was under no obligation to say nice things. If I didn't like it I wouldn't have written a review...