The lowly Cast Iron Plant, my favorite plant in the garden, this week… 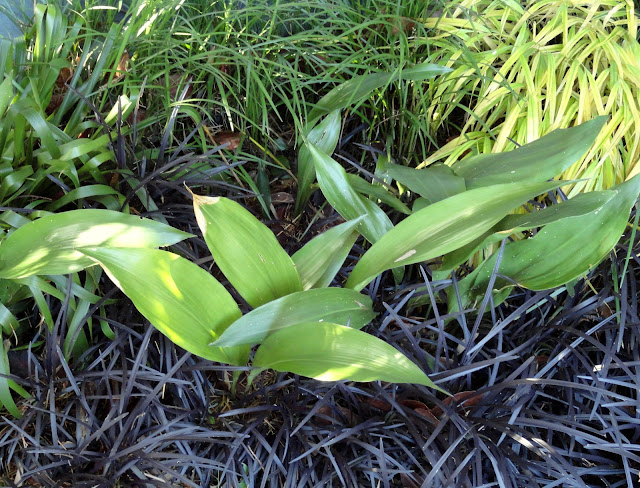 “Cast iron plant. A standard house plant for eons -- in dark British apartment buildings from Victorian times -- and often used for a tropical touch in southern and western gardens especially in areas seemingly too shady or too dark for anything but slime molds.” – Cistus Nursery

“Cast Iron Plant, famous for adaptation to nearly pitch black shade…Best in dry shade with occasional water, under stairwells, dark dry planters. Small flowers appear at the ground and look like individual slices of pepperoni. Seriously. Protect from bright sun. NOT just a houseplant-easy to grow outside.” – Xera Plants

“This is an old, reliable, tough plant for pots or beds in shady areas, or indoors” – Almost Eden

…and that’s a shame! But then again here I am finally noticing it in December. The rest of the year it was overlooked in favor of, well, just about everything else! Actually the day I paused to look at the empty patio and take this shot was when I realized just how good it was looking. 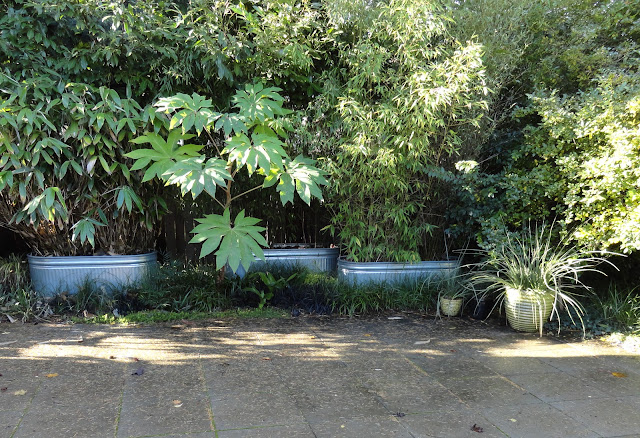 Who knows, it may have looked this good all the rest of the year too, but I had so many containers in front of it I couldn't see it… 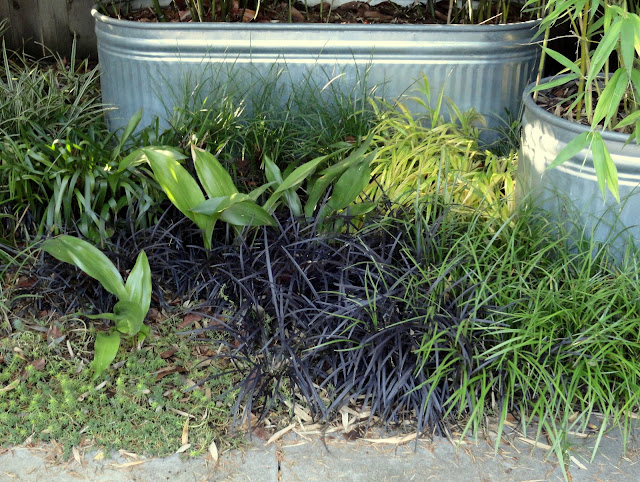 These plants all came from our Portland Garden Bloggers exchange last spring (I believe from Ann). The Black Mondo (Ophiopogon planiscapus 'Nigrescens') and Liriope are divisions from my plants in the front garden. 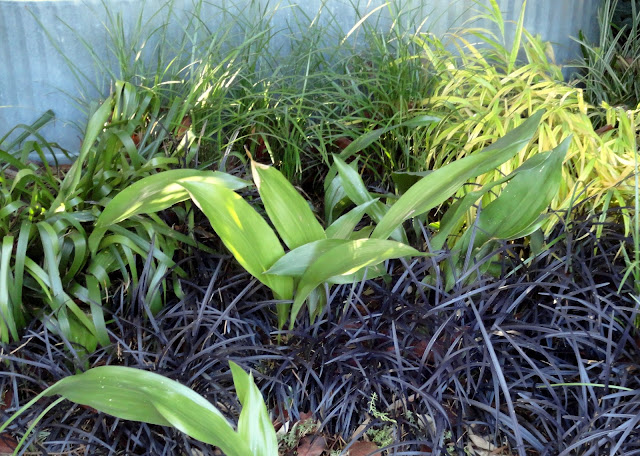 (I don’t remember if I've ever mentioned it but the Liriope is my oldest plant here in the Portland garden. I bought it when I lived in Seattle in the 90’s and it was a houseplant in a terra cotta urn for years. When we moved here and I wanted to release it I had to break the container to get it out. Such a silly plant to have an emotional attachment to...)

I do have another small patch of Aspidistra elatior, it’s been in the ground since summer of 2009 and has grown from 7 leaves to 18…not exactly a fast grower! Although in fairness I have probably cut off at least a dozen leaves. I’m not one to put up with a ragged looking leaf. 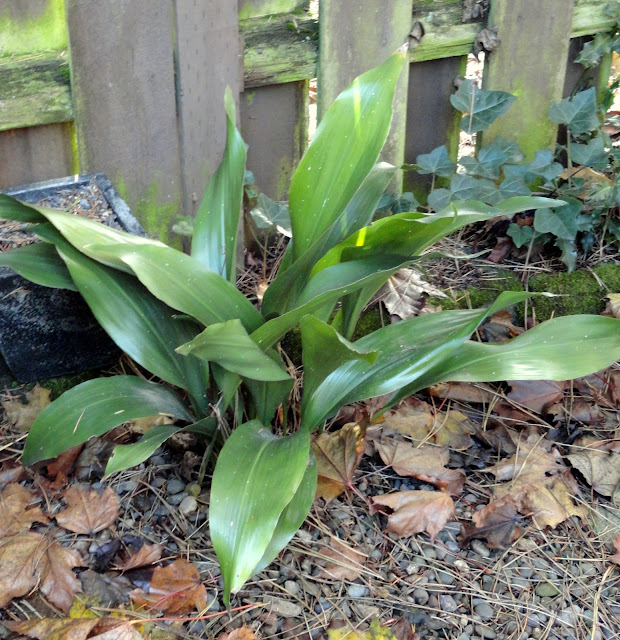 So while I may not have sung it’s praises before, I do love this plant. It requires nothing from me and looks good doing it...I probably need more.