Any guesses as to where this landscape is? 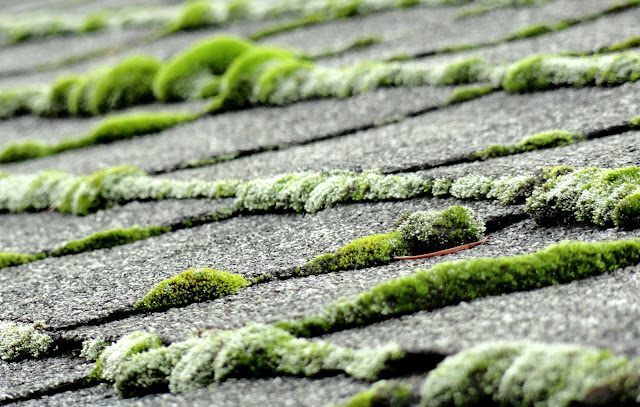 Maybe this view will help? 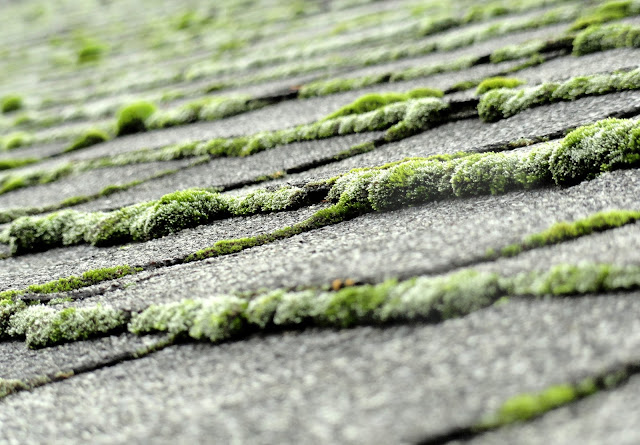 Yes that’s the impressive crop of moss growing on our roof!

Inspired by Alan at It’s Not Work Its Gardening, who took advantage of gutter cleaning day to snap some photos of his garden from above, I handed the camera to Andrew when he was up on the ladder taking care of our gutters. This was actually the first photo he snapped, of the sedum growing on our fireplace. I still wish I knew how it got there. 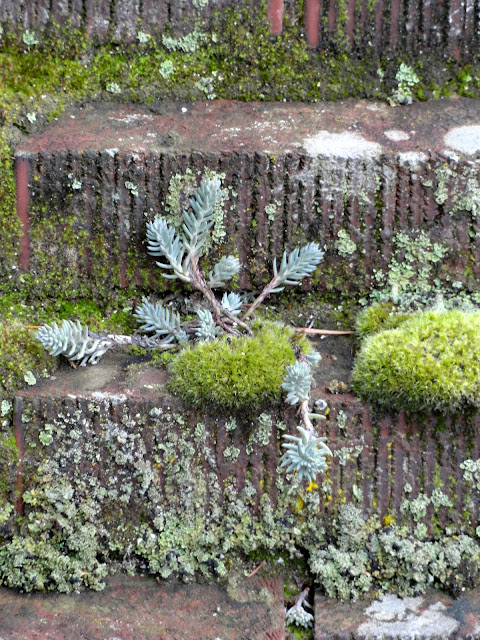 Here he’s captured the front garden, all but the large planting area against the house where the Bishop’s Weed used to be (on the right side of the sidewalk where you can't see). The space is actually a little bit larger than it looks, since the slope down to the street is all but lost from this angle. 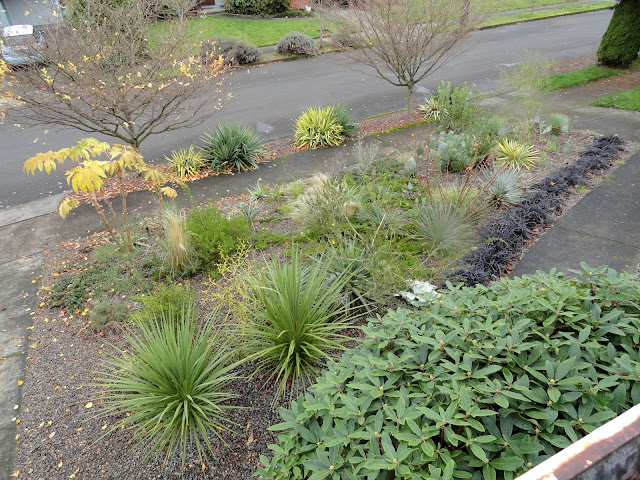 Next he turned the camera on the back garden… 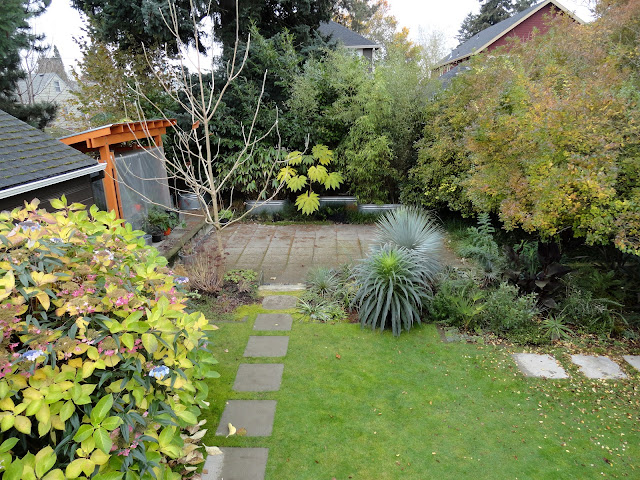 Looking at this photo a couple of things caught my eye, first how shapely Clifford (the leafless Magnolia tree on the left) is. And secondly just how big those houses behind us are. When you're on the patio they disappear behind the bamboo and laurel, thank god! In case you're surprised  how small it looks our lot measures 45.38 ft by 111.2 ft, just a slight variation from the Portland standard 50 x 100 lot. 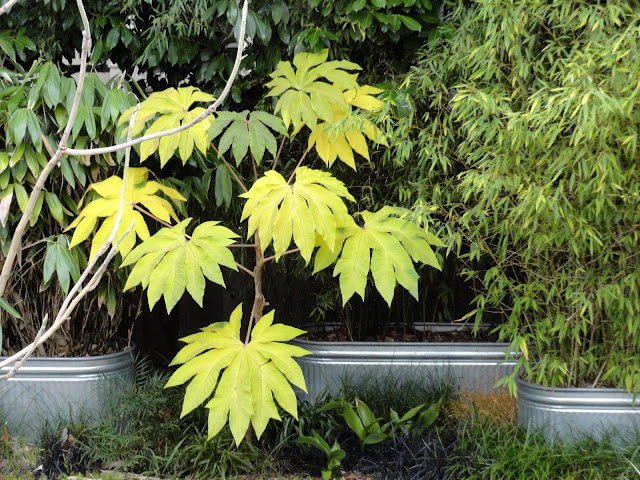 He was quite taken with the different colors on the Hydrangea... 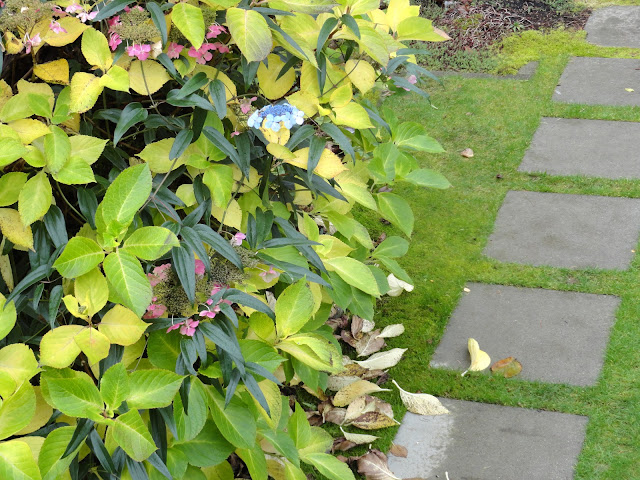 From the "spring-green" leaves back near the garage to the yellowing leaves toward the front, the rose colored blooms, forest-green of the clematis leaves and the sprinkling of blue blossoms... 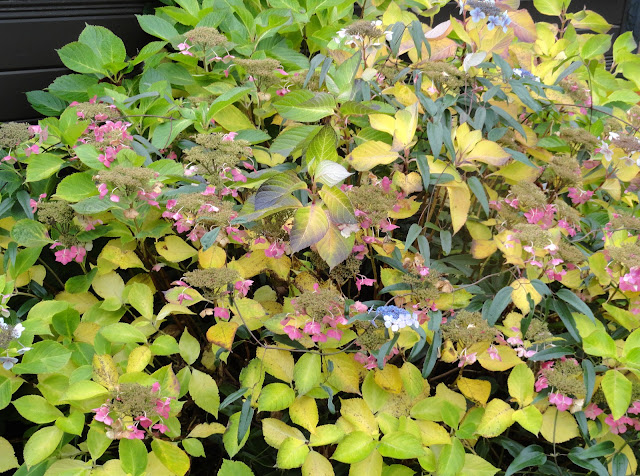 Looking to the north. This is a shot that would have been great for my "backyard project" post. 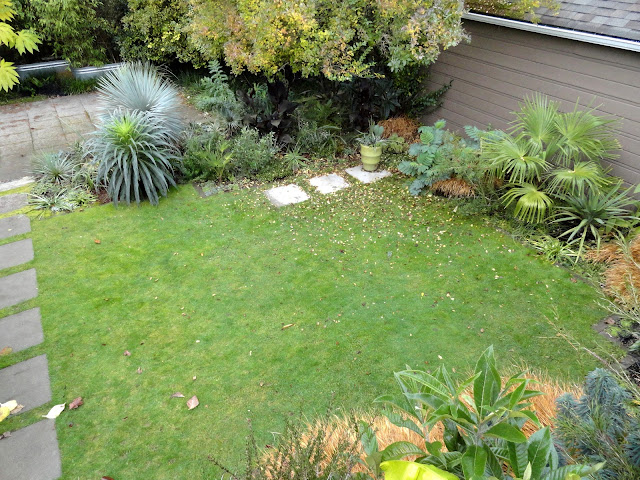 These do make a nice pair... 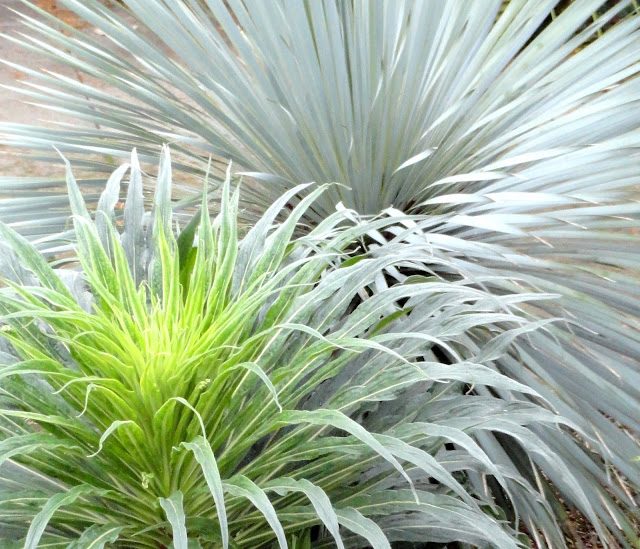 And the different textures in this photo are lovely. Heck happy banana leaves the 3rd week of December! Who'da thought? 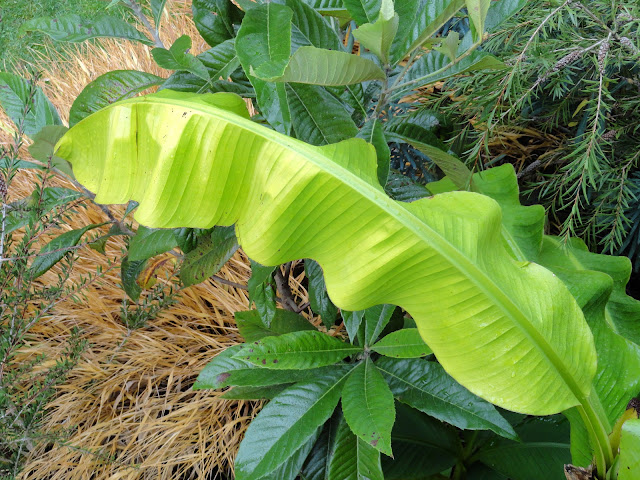 Inspired by those banana leaves I did a little research on frost dates here in Portland and discovered my memory isn't as good as I thought it was! Here are the dates of our first frosts at the Airport (4.9 miles from my house) and Downtown Portland (5.5 miles away) starting in 2004, the year we moved to Portland...