The last yellow flower on my three tall Verbascum olympicum dried up sometime around the beginning of August. Contrary to my reputation as a “neat freak” I was enjoying their brown candelabras and not yet ready to cut them down, even though the foliage was starting to die too. 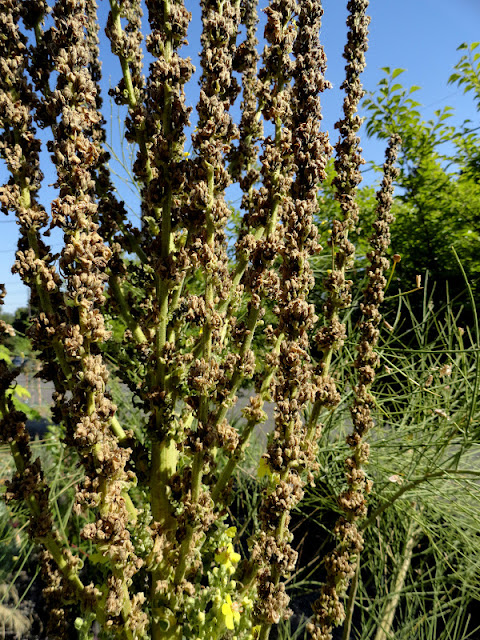 Turns out there are rewards for procrastinating, as they’re blooming all over again! 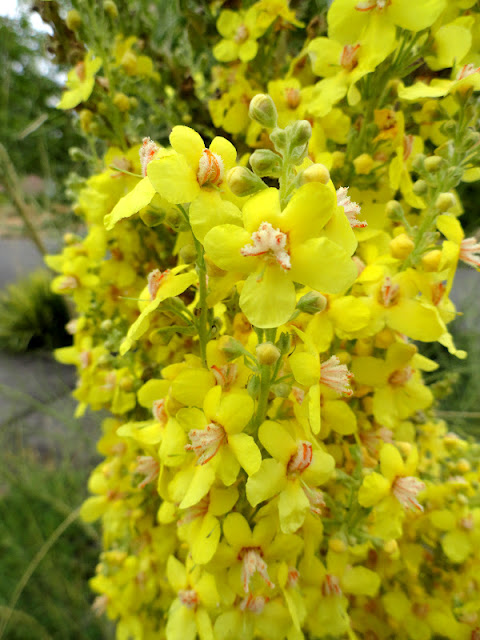 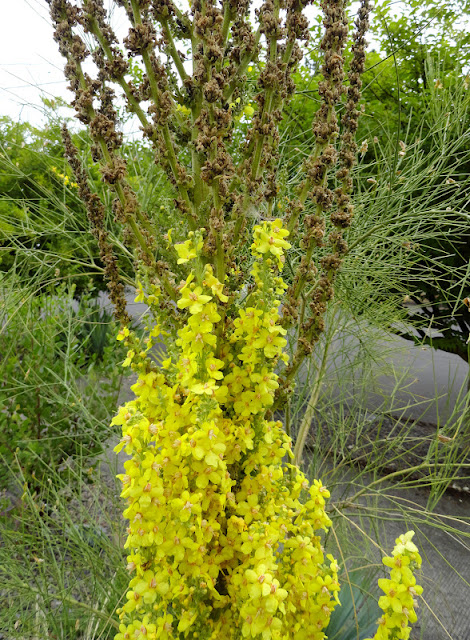 I know many plants will reward those who cut them back with new growth and continued blooms, but there was no cutting back here. 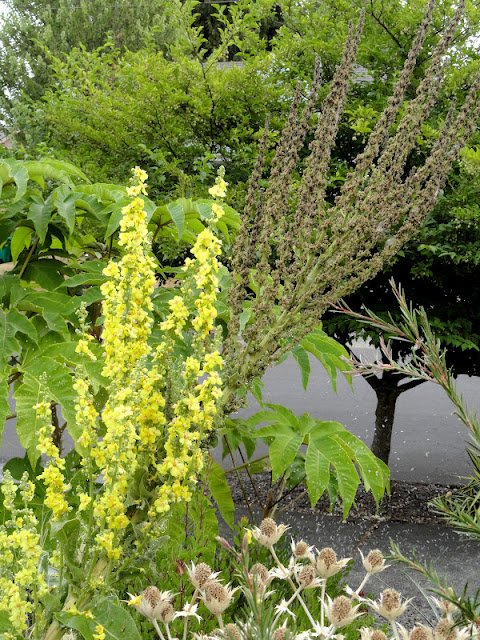 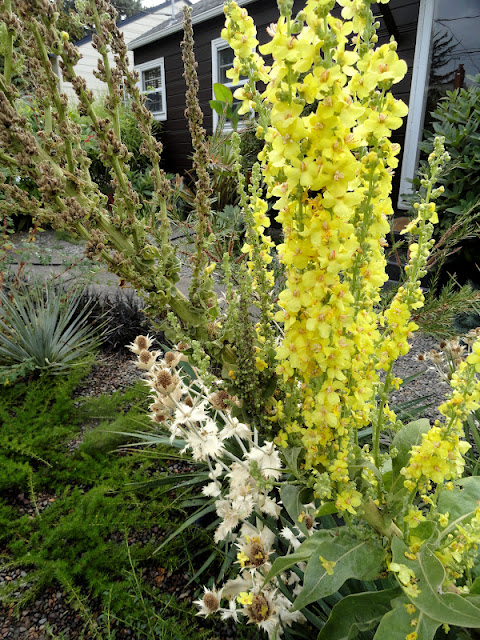 Some of my Echium russicum are doing the same thing, flowers emerging from the bloom spikes I left in place. 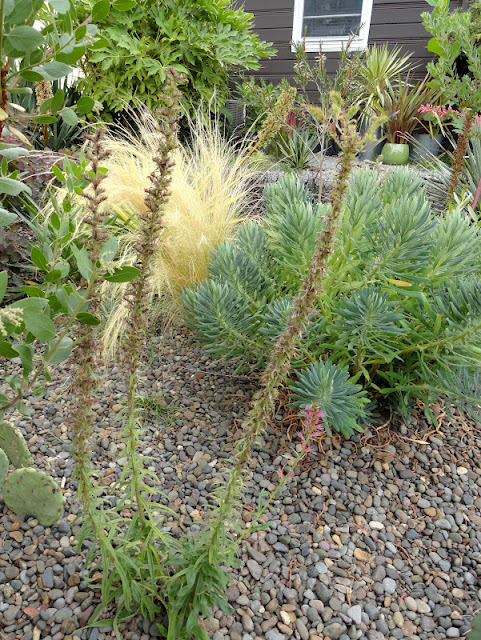 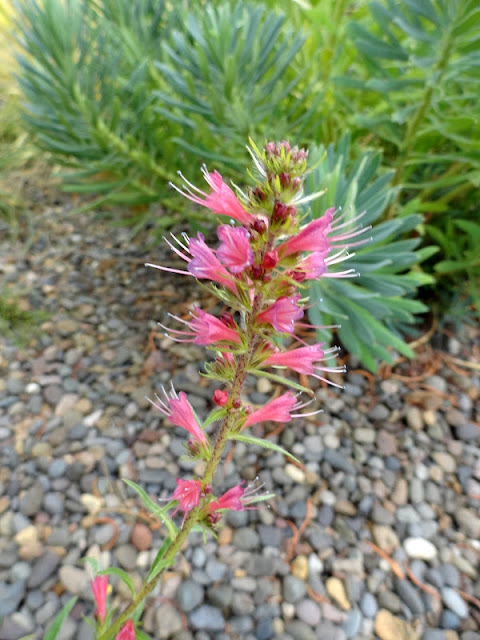 Somewhat along the same lines (but not really) there is plenty of new foliage on the Sonchus canariensis which was completely defoliated in early August. 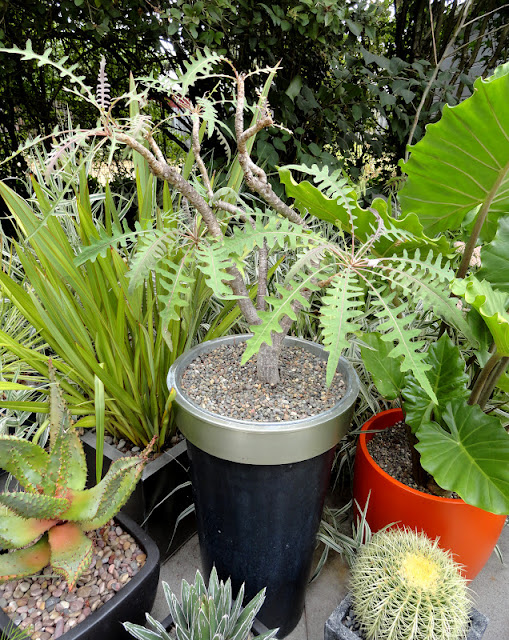 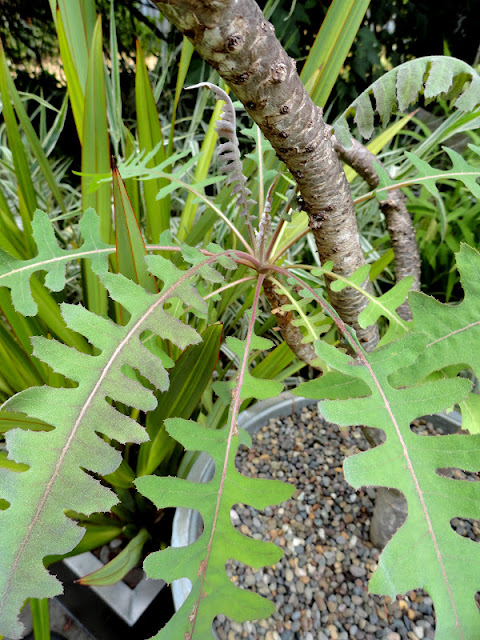