Agaves getting the protection they deserve…

Zipping along an unfamiliar street the other day something caught my eye. First I noted the Echium… 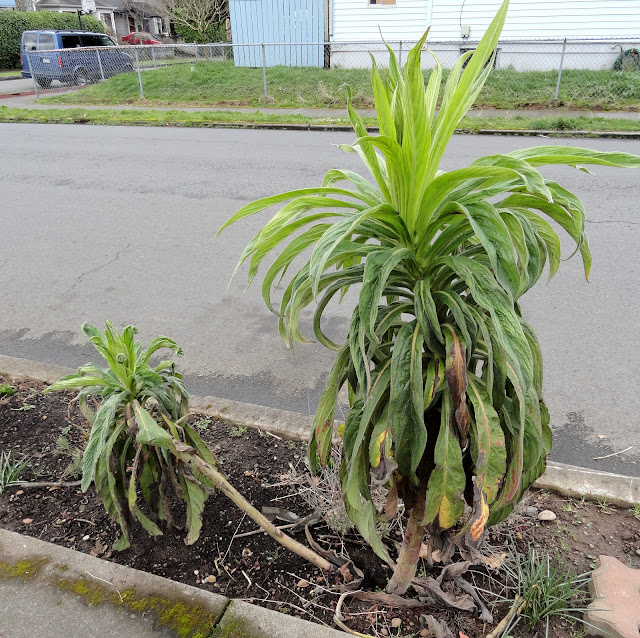 Then the odd window structures, I probably needed to stop and take a closer look right? 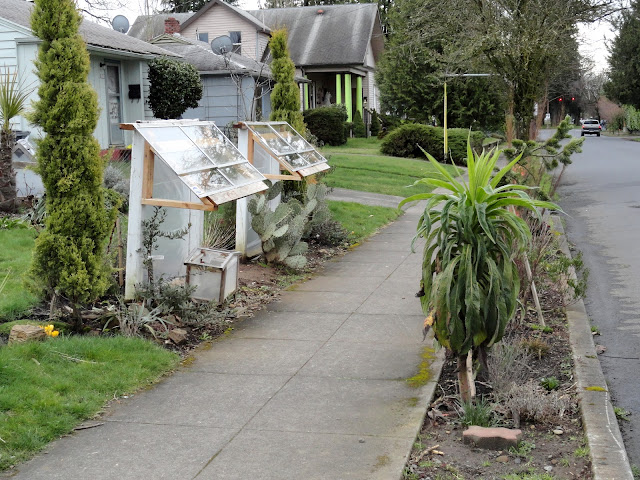 Uhmmm…wonder what’s in the little house? 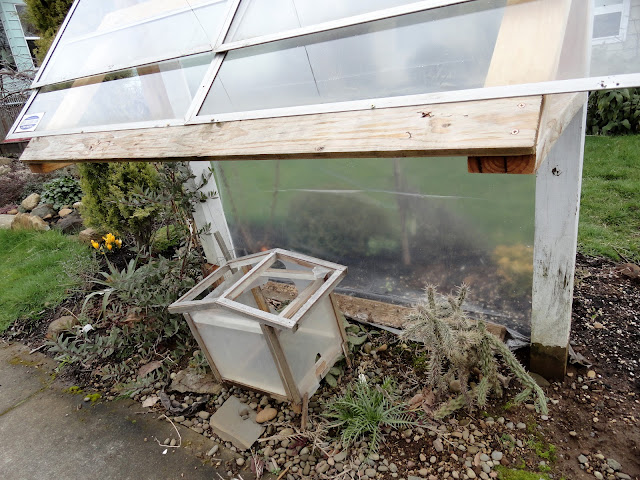 An Agave! Looks to be an A. parryi… 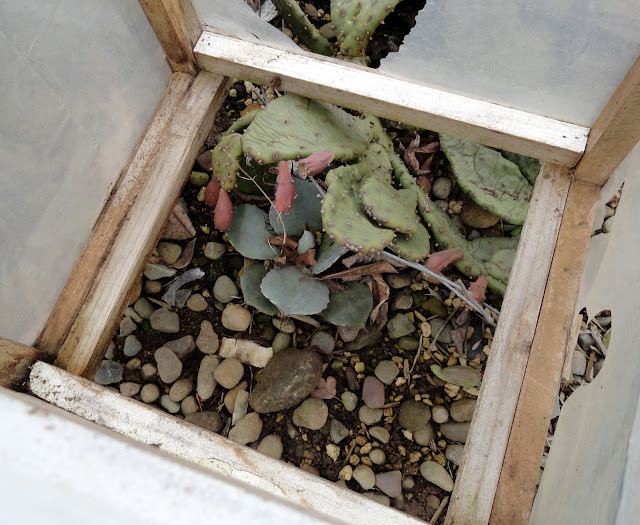 With a Cylindropuntia and Eryngium venustum sharing space under the structure. 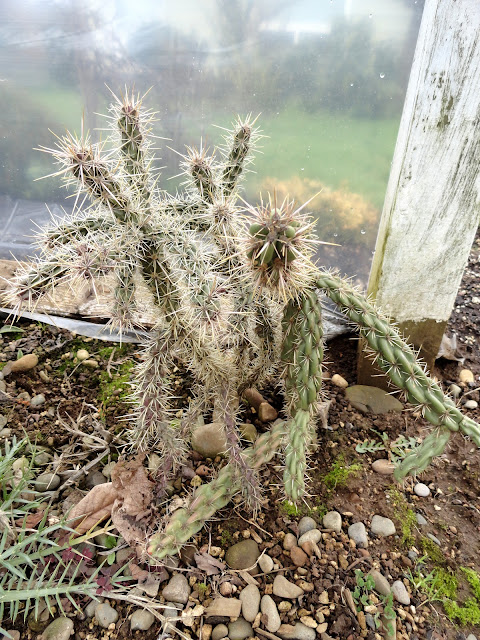 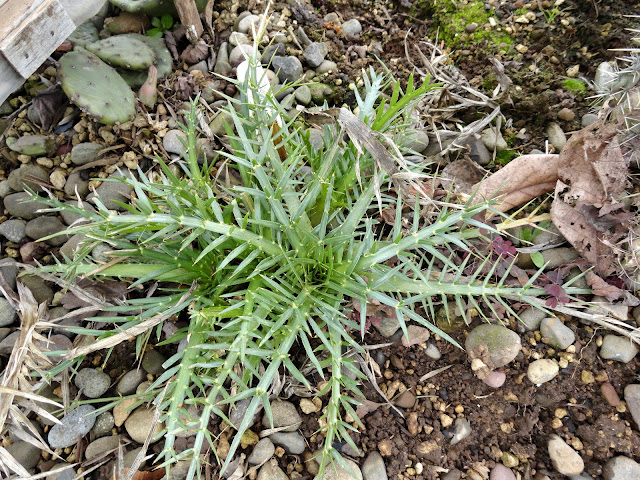 Next door, under the second structure… 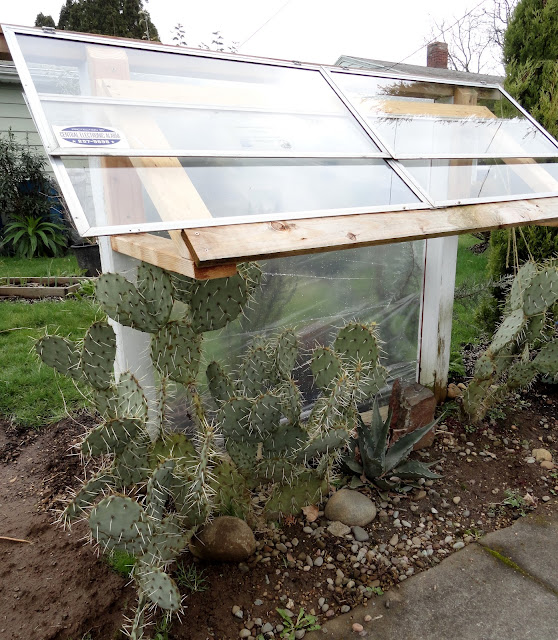 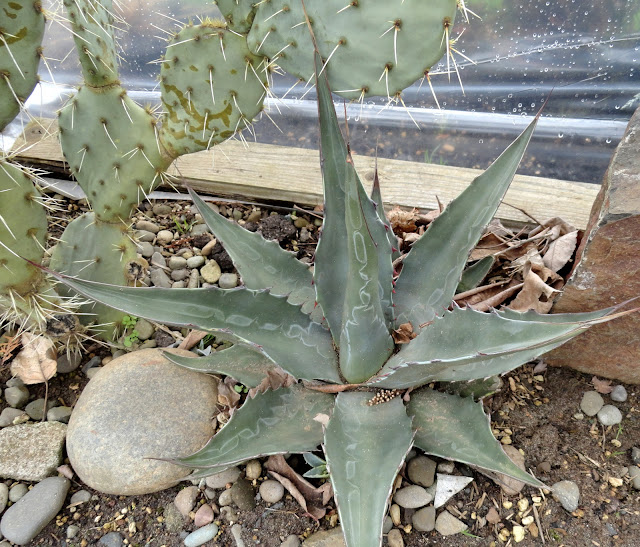 I’m not going to hazard a guess at its name, or the name of the very spiky Opuntia by its side. 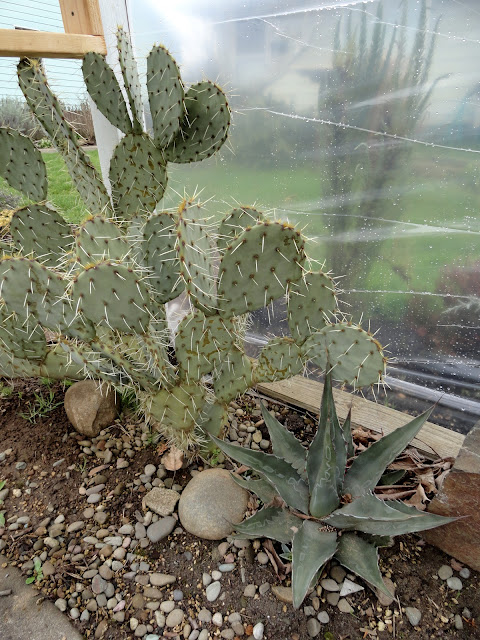 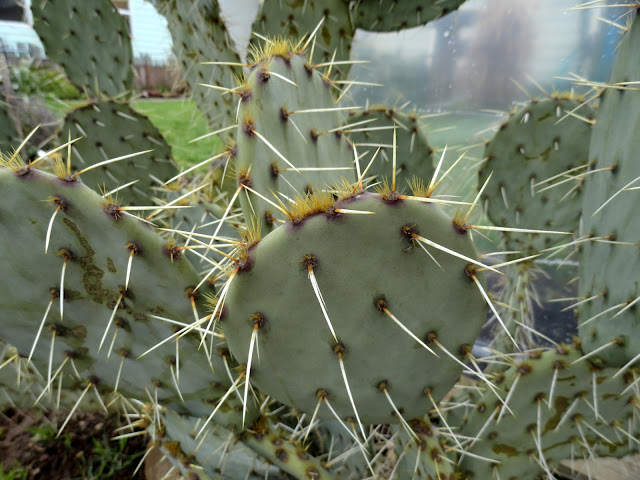 Closer to the house was another protective structure (you know I was dying to find out what was inside!) and several more Echium. 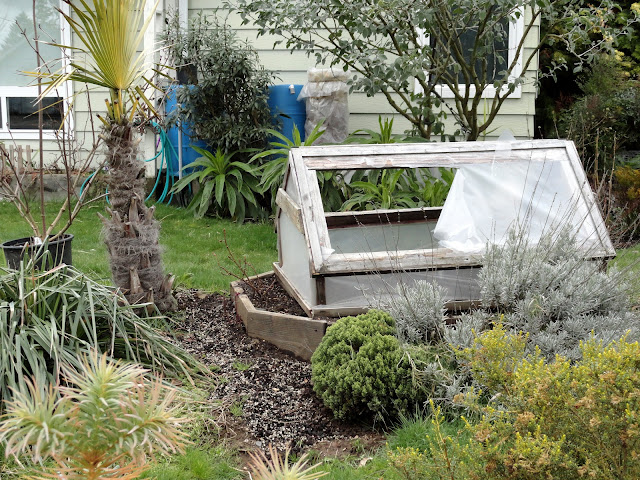 Along the street I recognize the Euphorbia, Callistemon, Eryngium agavifolium but not the tall (maybe dead?) plant on the left. 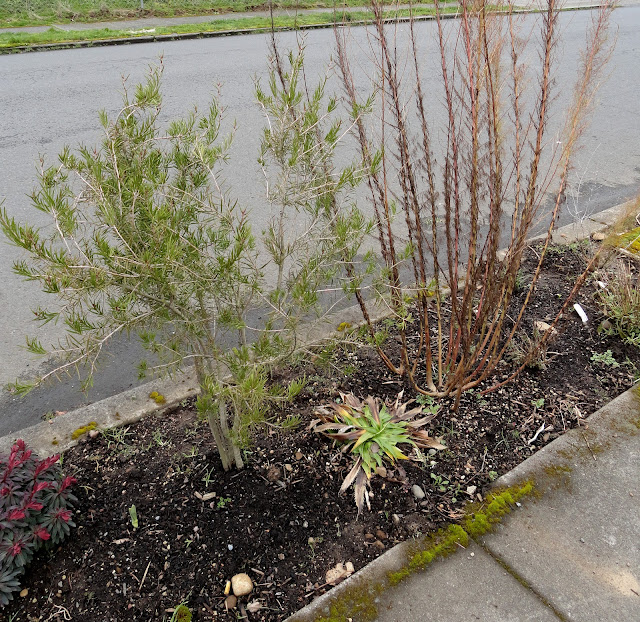 I left this chance garden sighting feeling a sort of strange sense of déjà vu at seeing so much of my plant palette in the garden of someone I don’t know!