Have you ever had a plant disappear, only to reappear three years later? In three different containers?

This photo is from 2007, a Sauromatum venosum, or Voodoo Lily, is growing in a container in our back garden before we put in the patio, hence the container is setting on grass. And here is the same Voodoo Lily during the summer of 2008, the last year it made an appearance. I grew Sauromatum venosum for its big beautiful leaves and mottled stems. 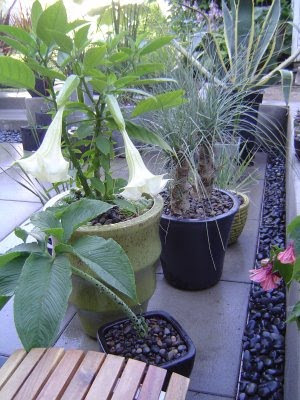 The winter after the above photo was taken (2008/09) was the big bad one, the Phormium killing winter, the one that changed how we garden in Portland, Oregon. The Voodoo Lily never reappeared and so I planted something else in the container.

Fast forward to 2011 (3 years later...) and I’m using that same container for another plant, this striking Agave victoriae reginae (isn’t she a beauty? Thanks JJ for bringing this one back from California for me!)… 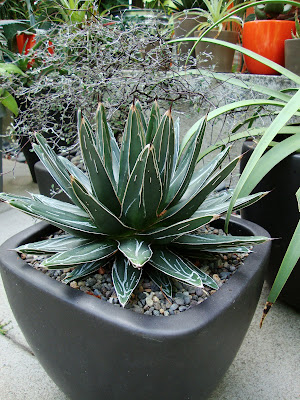 One day I notice a leaf growing up next to the Agave, acting quickly, before taking the time to think, I reach down and pull it out (assuming it was a weed), then I actually stopped and looked at it and realized what it was…my long lost Voodoo Lily! Here are a couple of pictures I look later that day, before replanting it in the garden. 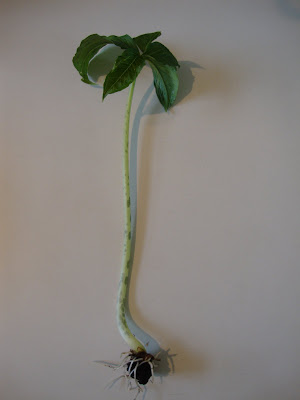 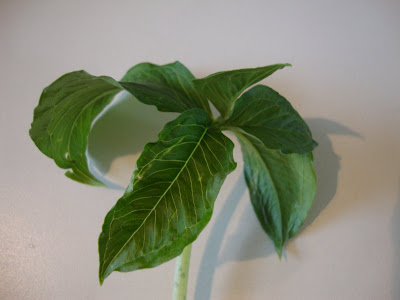 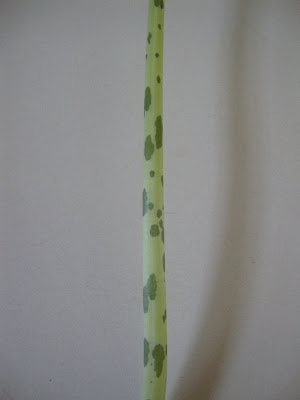 Then 11 days later I see this! Another Sauromatum venosum! 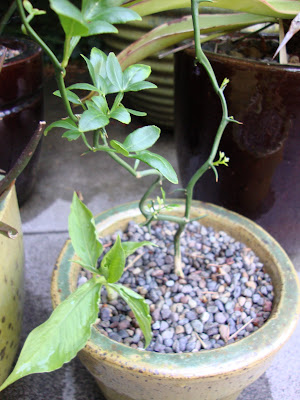 This time growing next to my Poncirus trifoliata (Flying Dragon) also newly planted this spring. Unfortunately this time when I tried to carefully remove it from the soil I broke the stem leaving the roots behind (to regrow next year?). 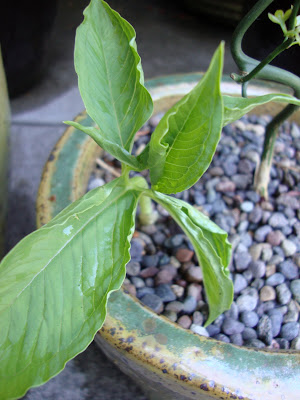 So after that second discovery I never dreamt I would find yet another Voodoo Lily, but I did. Last Friday while tidying up for Saturday’s workshop in my garden I noticed this. 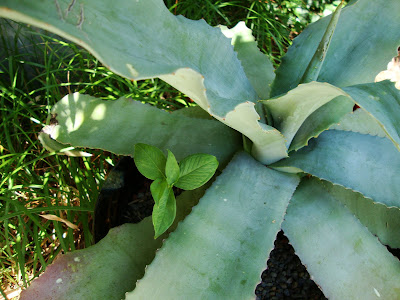 I haven’t yet tried to remove it. 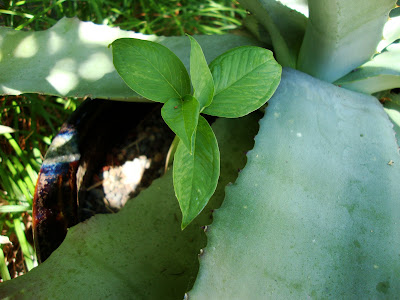 So what’s going on? Two of these containers weren’t even in my garden the last time this plant was around, and I don’t think I ever got a bloom from it. I do regularly perform the ultimate garden no no, reusing soil. Maybe I the bulb was still in the soil and I managed to hack it into pieces when reusing the soil? Maybe tiny little bulbils were forming and are just now mature enough to produce a plant? That’s all I can think of. It’s been fun to discover long lost plant friends…I wonder if there are more waiting to surprise me?