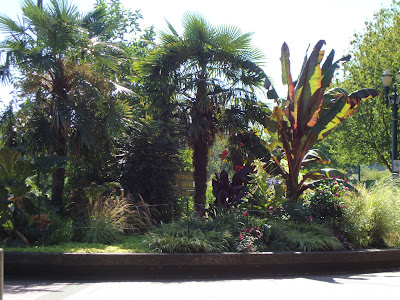 What a beautiful weekend we had in Portland. Warm temperatures and the bluest of blue skies, colored with a little melancholy though as I couldn’t help but think this might be the last one like it for the year. Cooler temps and rain are forecast for the coming week. To enjoy it we went for a long walk along the waterfront and had lunch outside at a favorite Mexican restaurant. 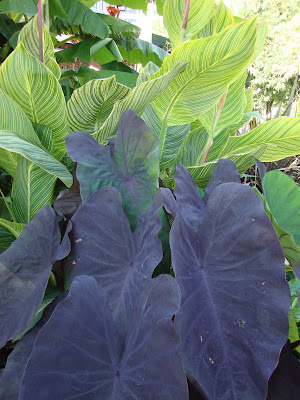 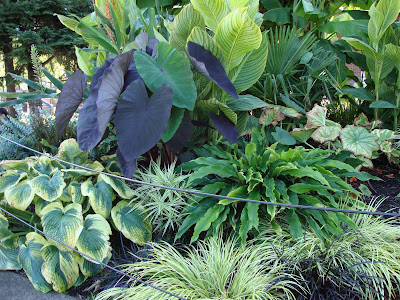 I thought I would share some pictures of the “tropical planting circles” at Tom McCall Waterfront Park located along the Willamette River in Downtown Portland. I discovered these raised planting areas shortly after moving to Portland and immediately wanted to go buy every plant they were using (since we were renting I had to put it off a year or so). 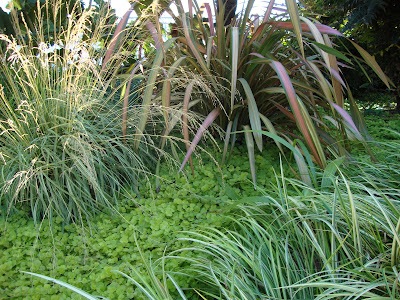 Each year I plan to do a drive-by when the weather starts to turn, in the late fall/early winter, to see how they are protecting the plants. I can’t seem to remember to do it; I did drive by early last spring to see how they fared over the winter and most were gone. Not sure if they had pulled them out to protect them when things got really nasty, or if they had died. It seems a little less dramatic this year, so maybe the latter. Or maybe I’m getting jaded as I acquire more “exotic” plants. Either way I really love that the City has such a superb display on the waterfront to greet visitors. 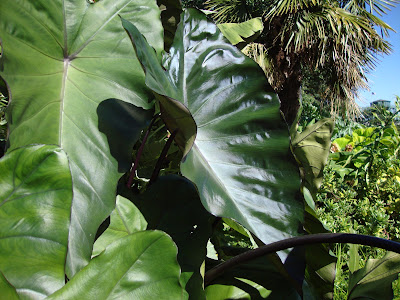 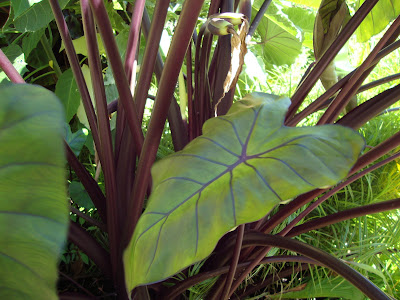 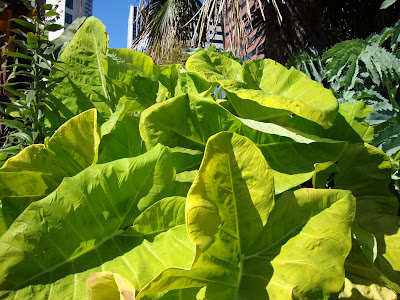 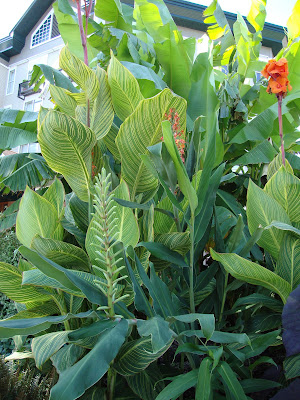 The Nicotiana was huge! I must admit I love the way this plant smells. 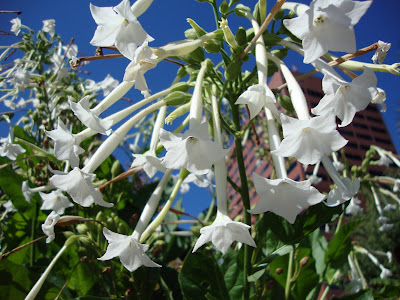 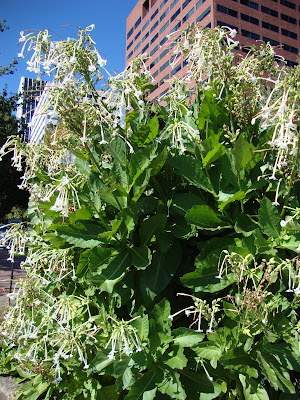 This petite Eucomis is new to me; I need to find out what it is. It looks like it's ready for summer to be over and take a winters rest. 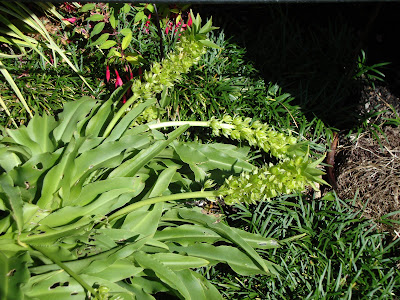 Their Eucomis Oakhurst was flopped over and done for the season (it's kind of hard to tell what you are seeig in this photo). Mine are getting close to this. I’ve already cut a few bloom spikes that have fallen over and they’re happy in a vase, in the house. 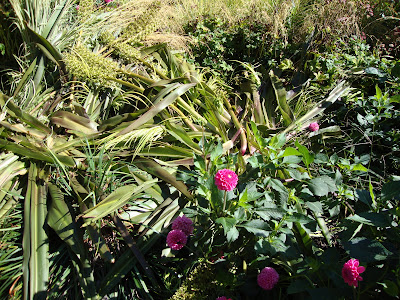 As I was taking pictures of this Melianthus major a couple setting nearby were watching, the fellow warned me that he had just seen another person eaten by this very plant. They asked me the name and luckily I remembered it, usually in those circumstances I draw a complete blank. I love that visitors are being exposed to this kind of planting in a city park, instead of a bed of petunias and marigolds. 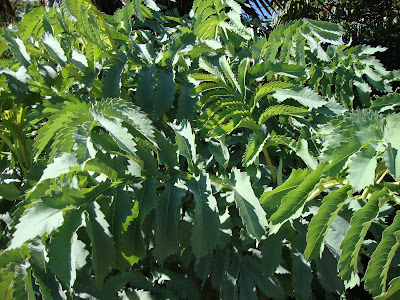 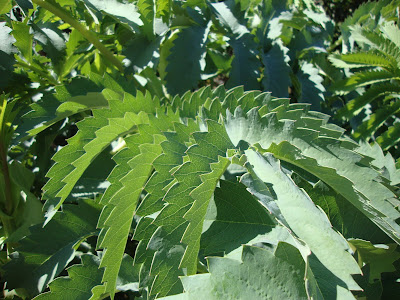 I remember seeing this speckled plant at Cistus, but I don’t remember its name. It's a little hard to see but there are speckles all over the trunk and branches. This one is huge! The City must winter some of these over elsewhere. This year I vow to return in the winter and have a look. 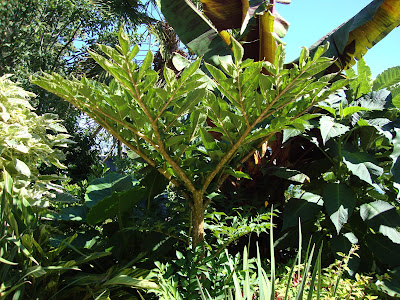 Like this banana (Ensete) the trunk is chunky, that's not just a years growth is it? 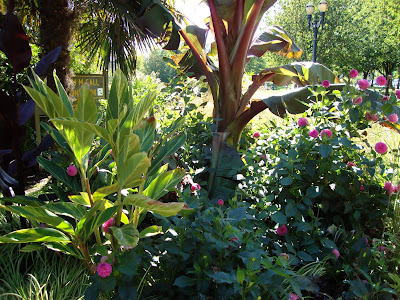 Don’t you love that blue sky?