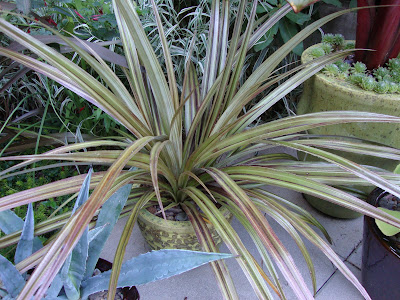 Even though my Astelias are among my favorite plants, I realized I’ve never photographed or talked about them here, and why not? I love the slightly iridescent or shimmery look to their leaves. If you look closely you see fuzz on the leaves is what gives this appearance. 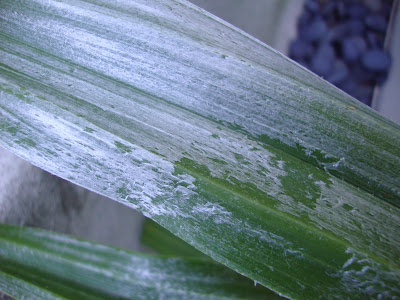 A little like a cross between a yucca and flax they have an elegant form and growth habit along with arching, deeply folded leaves. 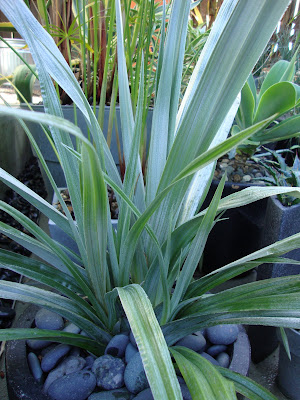 Astelia are part of the lily family, there are 25 species, 13 endemic to New Zealand. The first one I discovered, an Astelia chathamica ‘Silver Spear,’ was at Garden Fever, here in Portland. I didn’t purchase it because the tag stated it was hardy to 20-25 F, which can be on the edge here in Zone 8, and I didn’t want to risk it. See…occasionally even I can be cautious!

Of course I quickly regretted it, went back and it was gone. Problem solved when I found a nice specimen a few months later at my first Hardy Plant Society of Oregon spring sale, it was large, healthy and grew to be even larger and healthier. Unfortunately winter 2008 proved that my earlier caution was not misplaced, winter wiped out the Silver Spear.

In the mean time I acquired an Astelia nervosa, at the 2008 Rare Plant Research open house. I had seen this variety a few times, but it was always too expensive for the size. Finally at RPR the price, and size, was right. I love its burgundy/chocolate tones. Since I planted this one in a container I was able to bring it inside when the temperature dropped, so it made it through the winter without loosing a single leaf. 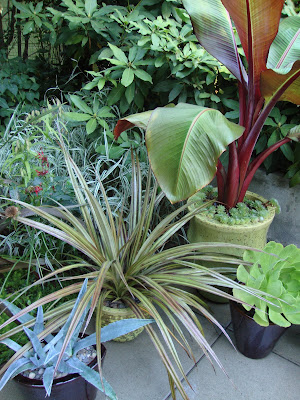 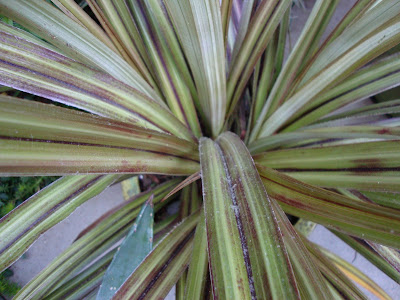 Then last spring Garden Fever had small 4” pots of ‘Silver Spear,’ tempting me to take the plunge once again. They were a mere shadow of my former plant, but the price was right so I bought two. One went in the ground… 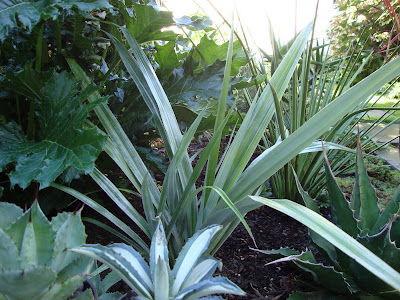 And the other in a pot (insurance for this winter), both have put on significant new growth over the summer. 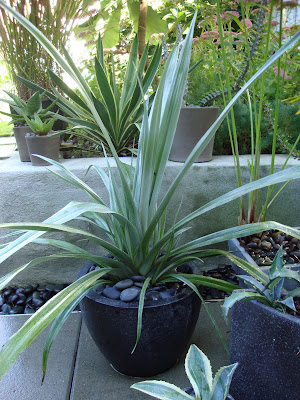 And the “dead” one? Removed and put in an out of the way area to convalesce. Looks like it’s going to make it after all! 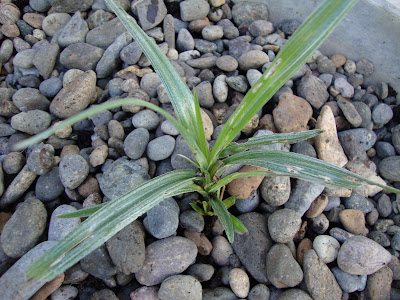 I think I’ll be adding to my Astelia collection…