Here's a vertical gardening project that I completed sometime in August, but never got around to sharing here on the blog. 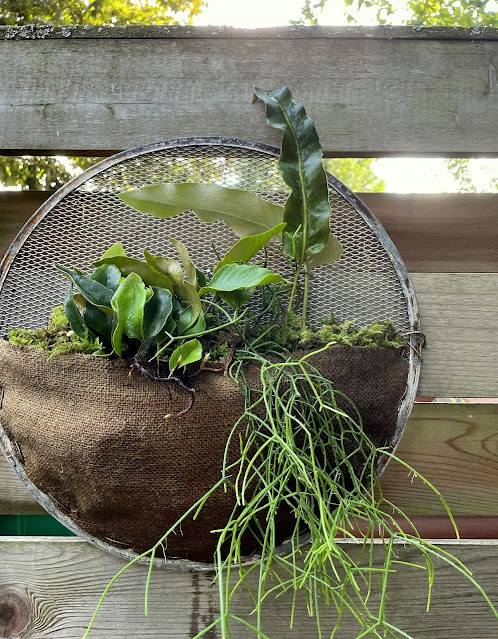 Pyrrosia lingua and Pyrrosia sheareri, with a little moss and a few pieces of rhipsalis. 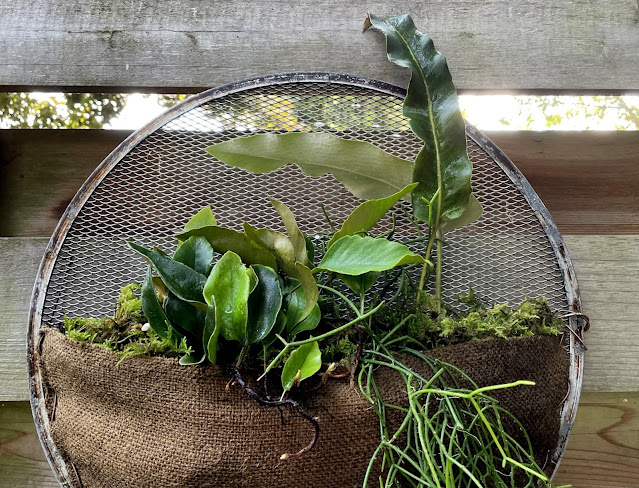 It really was a glorious summer in all the ways. I had vowed to myself that I'd make up for the lost garden time from the previous summer—thanks to the ankle break, surgery, and recovery time—and I can say I did that, in spades. I so enjoyed building and caring for all the vertical gardening creations that lived on our fence. (photo from August) 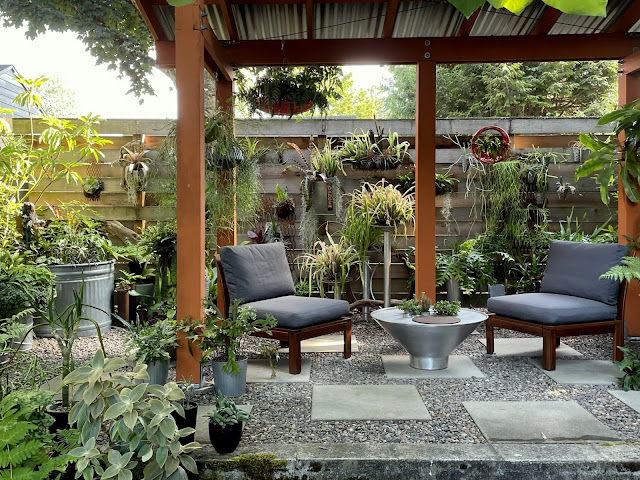 Sitting on the patio as much as I did, it became quite obvious that I needed something on the fence beyond the west end of the shade pavilion, it went a bit boring over there. That's when the pyrrosia circle was made. 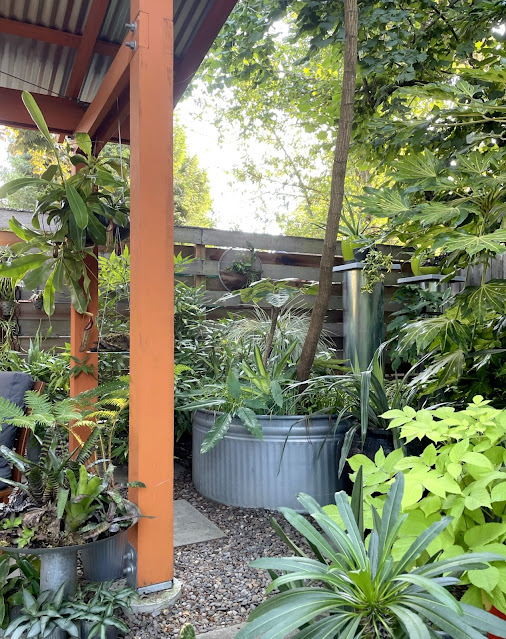 I had two circular screens and only one was in use, for the staghorn. 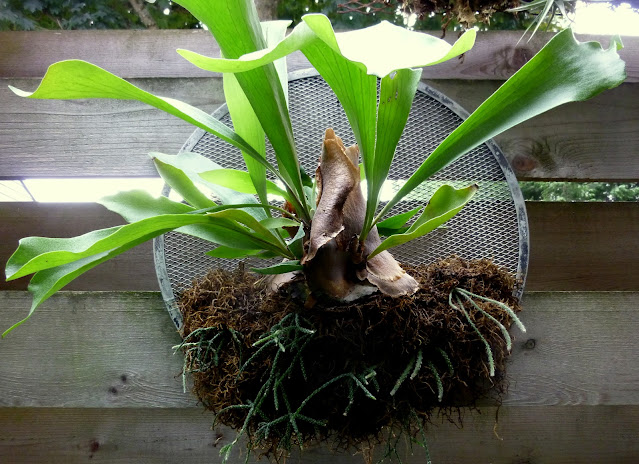 It kind of thrills me to look at that empty space around the pyrrosia circle and know that next summer I can create even more things to fill it! 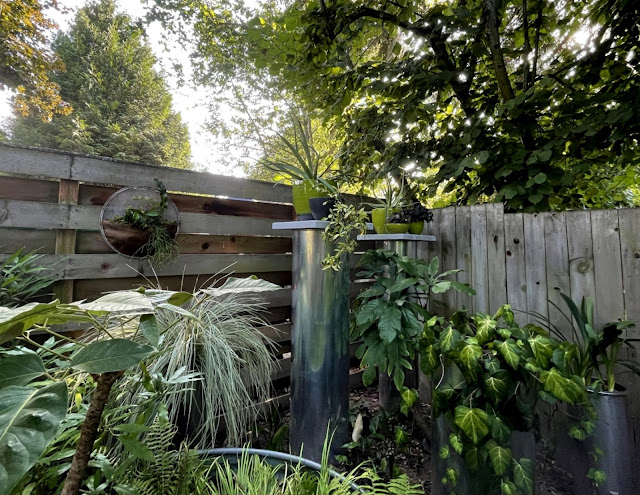 Since planting, the pyrrosia really have settled in and are doing great in this set up. 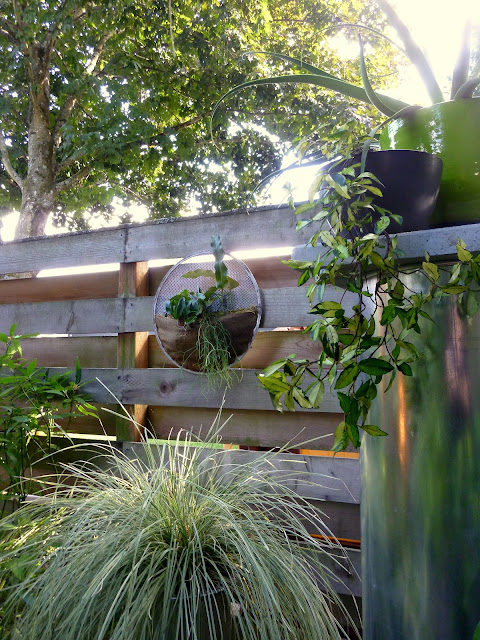 There's a piece of small mesh at the back, against the screen—in front of that I added some sphagnum moss, soil, the plants and then more moss, before fronting it all with burlap. I "sewed" along the bottom edge of the burlap with a thick copper wire I picked up years ago, because I knew I'd someday need it for a project. 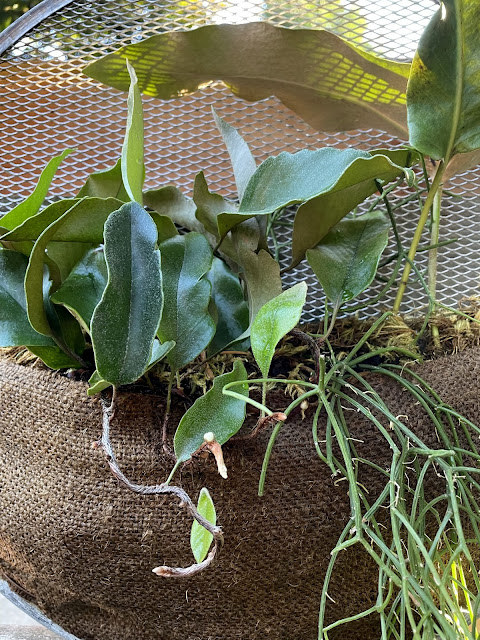 You can see the wire in this image. 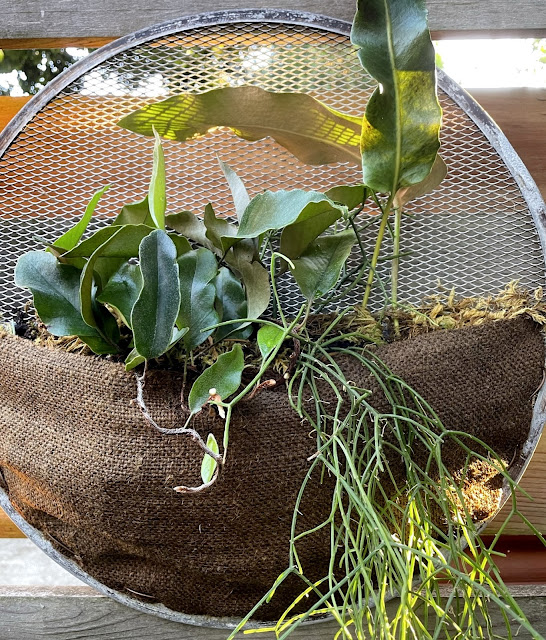 Some of you might remember this pyrrosia planting I shared last summer, it too has been doing well. 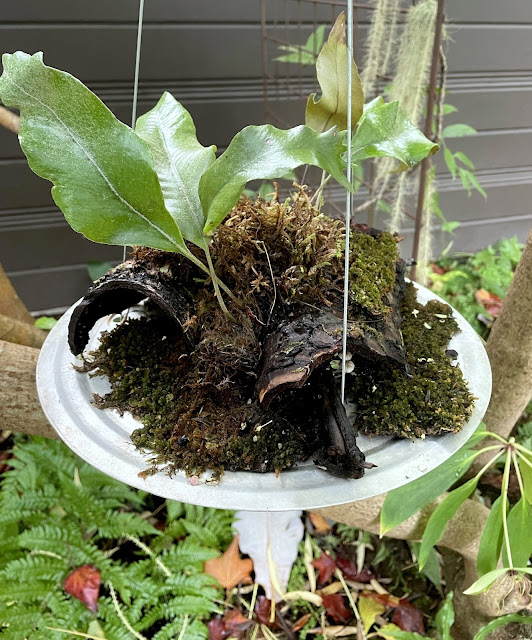 And it has a new addition... 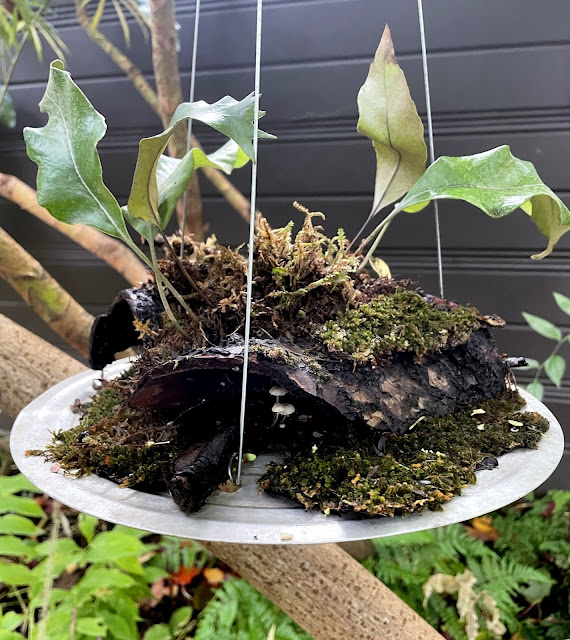 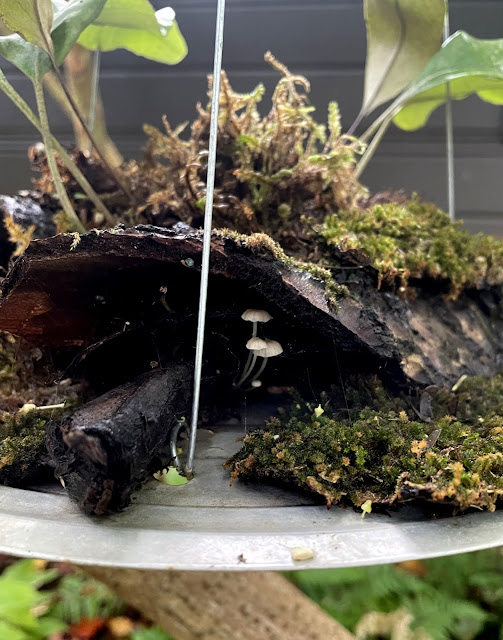 And speaking of, mushrooms, fungi... I found this large hollowed-out shelf fungus one day when we were out exploring. 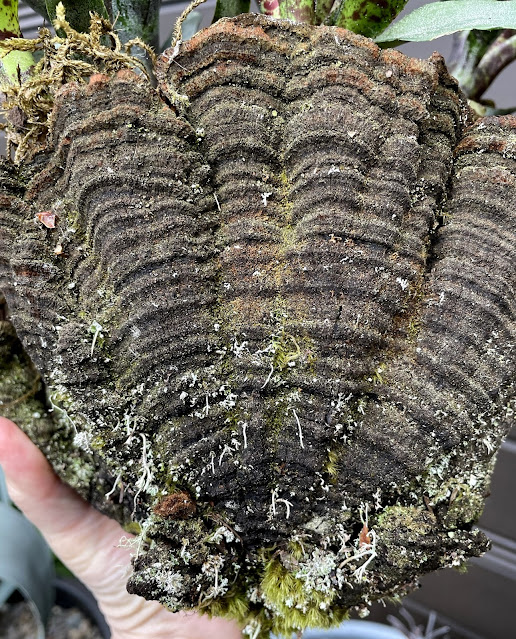 There was another nearby that still had it's backing in-tact, but this one had been mysteriously cleaned out. 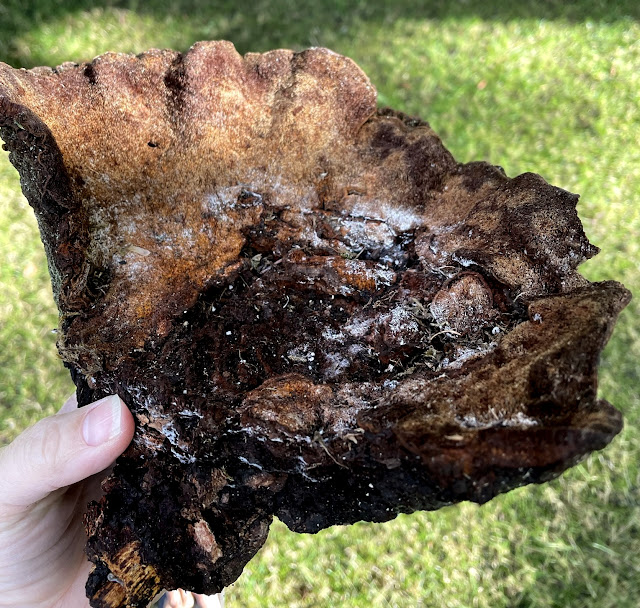 I couldn't help but see it as a planting opportunity. 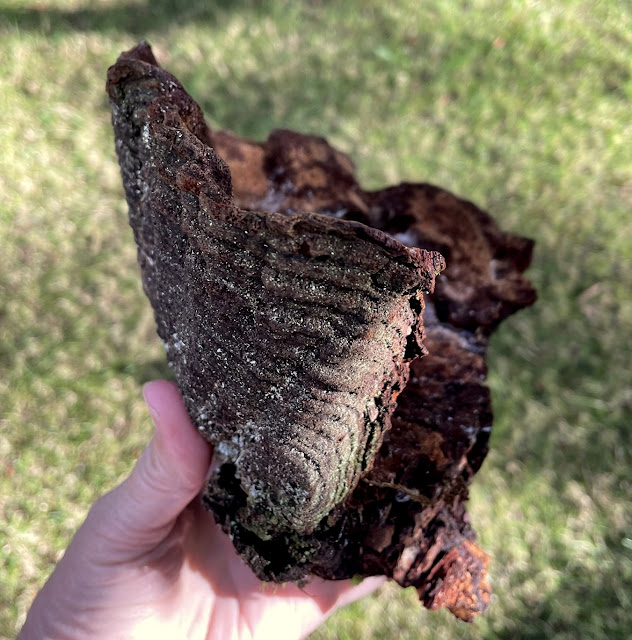 With bromeliads of course. 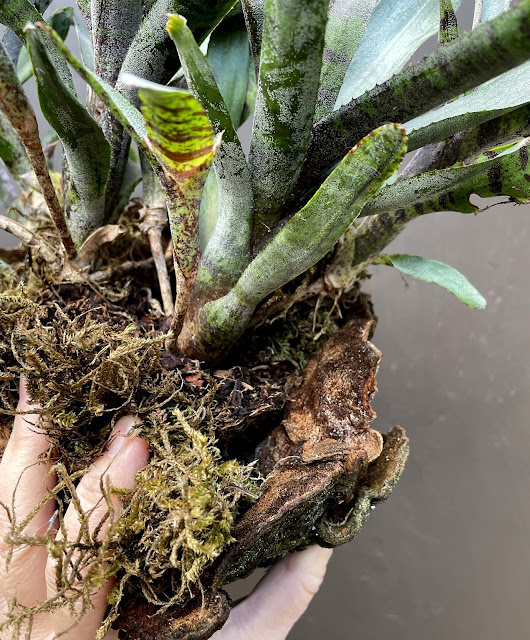 First it was tucked into a palm trunk, then later into the Metapanax delavayi (where I would see it and not forget it when it got cold) and now—since it is cold—in the basement. 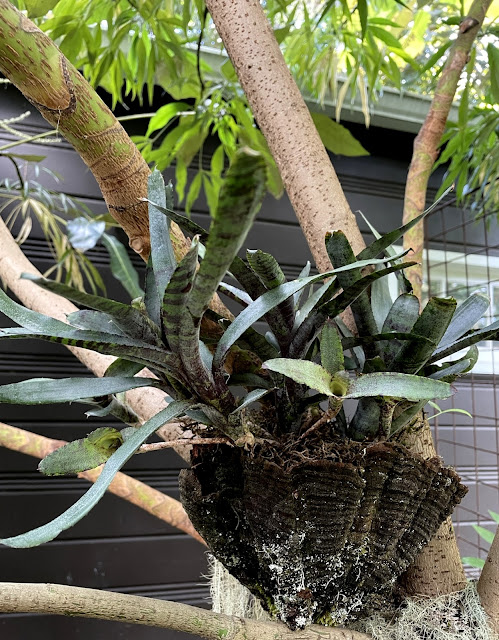