I have one more post from the NYC Flower District shops.
My first night in the city (Andrew arrived a few days earlier) we set off to find a dinner spot. Passing this storefront something felt familiar. I assumed it was probably a houseplant shop I'd seen online, some Instagram "hotspot". 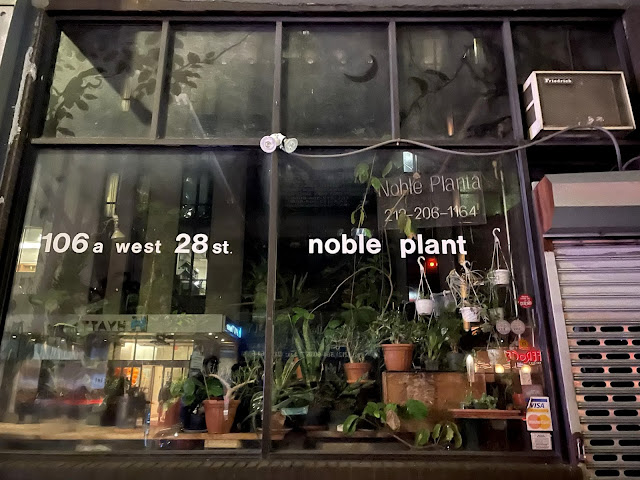 We passed them again the next morning. Andrew paused. It's one thing for me to feel a sense of plant-shop déjà vu, something entirely different for Andrew to feel it too. He stood staring at the name for a minute and then turned to me saying "that video"... As we both turned and saw Ched watering plants and it all came rushing back. 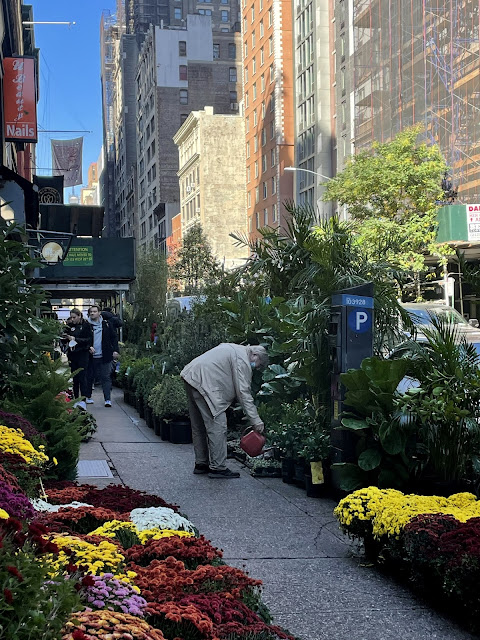 Ched and Maria Markovic, and their shop Noble Plant, were the subjects of a New Yorker article and short film back in 2021. I posted it in March of that year, here. 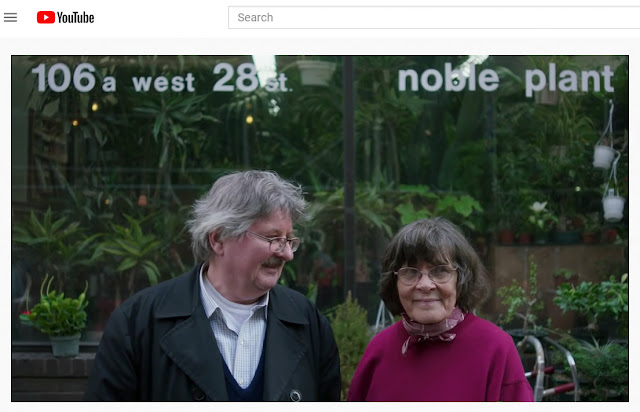 As the film ends we're not sure if Maria is gone for good, or just for the day. Well I am able to report I saw her there at the shop almost every day we walked by, and she seemed to be enjoying herself.
Watching the video I remember being shocked at how they managed to water so many plants with just a small plastic watering can. Well there are actually similar cans placed throughout the shop, dozens! 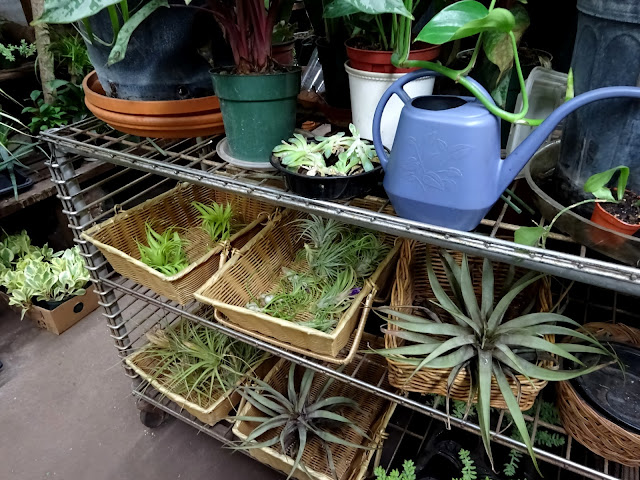 This was also the only shop in the whole district that had signs of plant propagation and people simply living with, and loving, the plants they were selling. 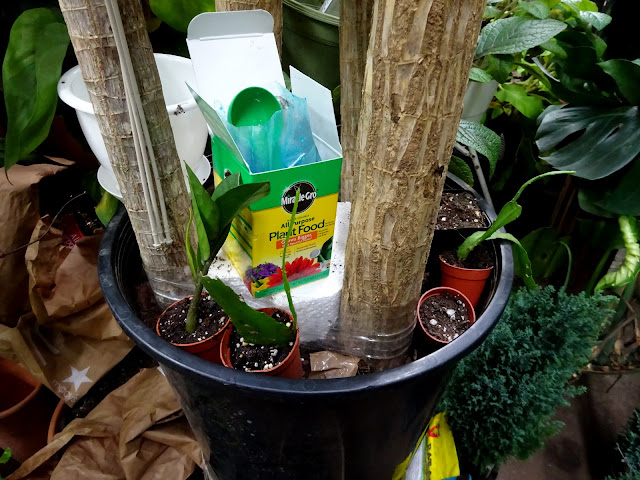 This is not a high-volume "move them fast" kind of shop. 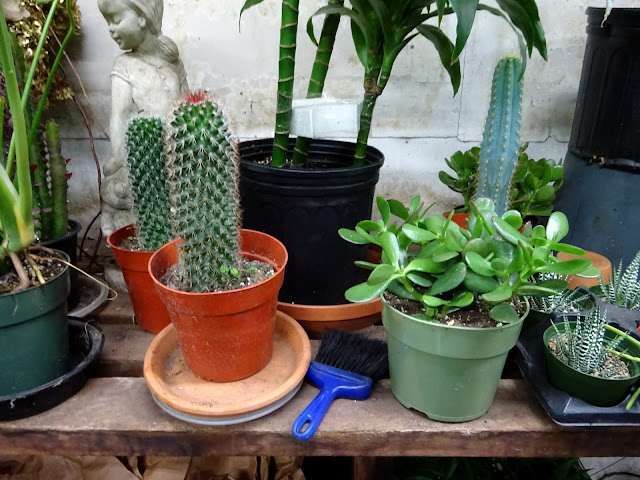 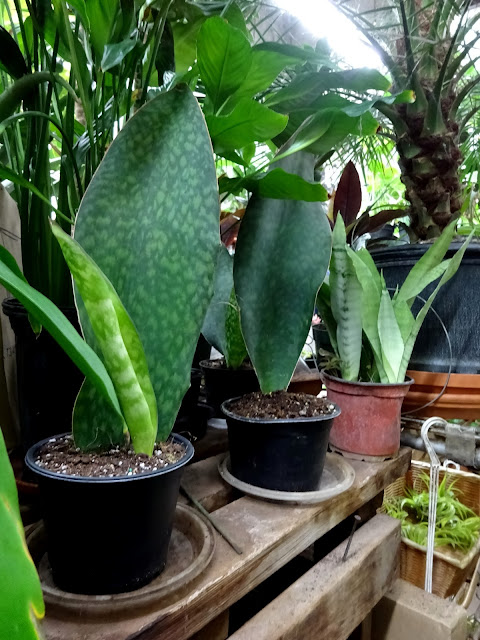 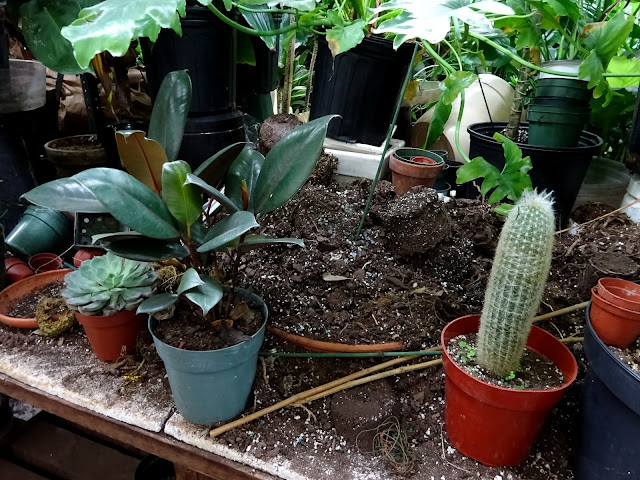 I was thrilled to walk around, eavesdropping on Ched and Maria as they talked with other customers and hunting for a plant to bring home. Coming back from this trip without a plant from this shop would have been wrong! Forget about how overstuffed my carry-on suitcase was.
See that blue cactus on the far left, just one over from the owl? I stared at it forever trying to imagine stuffing it into my bag. 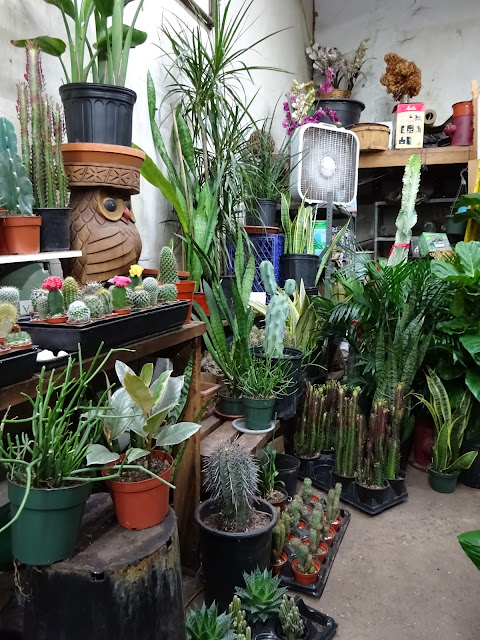 This one would have been simple, but I already have one like it. 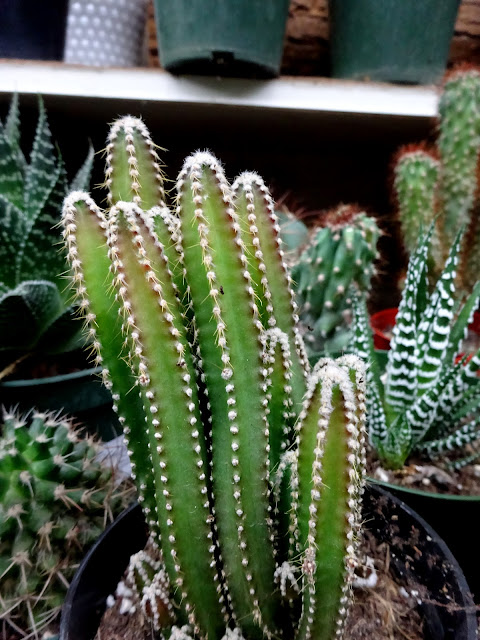 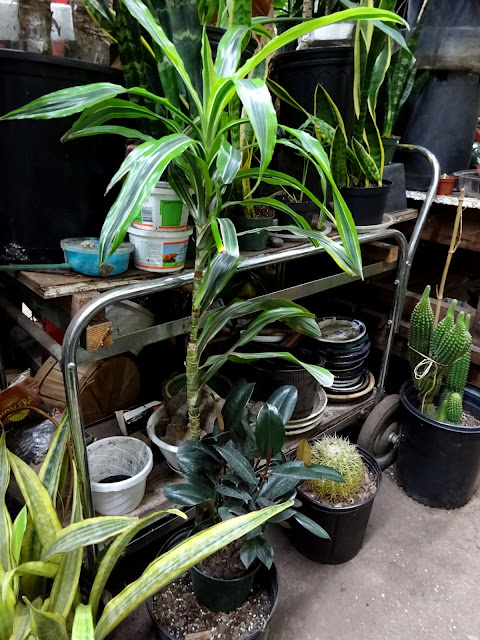 It's not your imagination. That ladder heads straight up into a hole in the ceiling. These buildings were ancient and there were questionable things happening in almost all of them (frayed wires and power strips plugged into power strips and then extension cords seemed to be the norm). 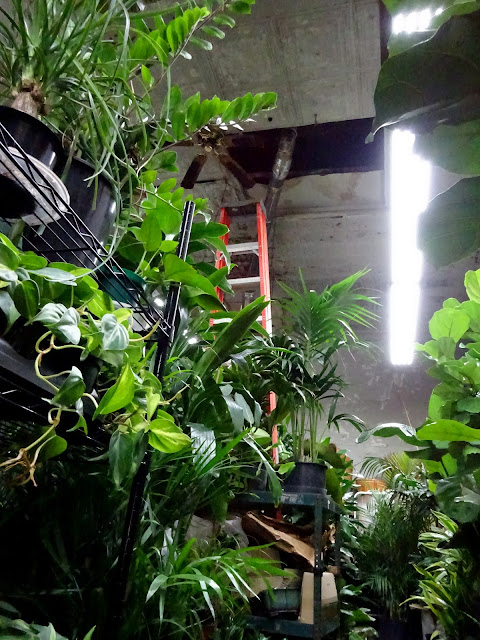 I made a plant selection and Ched packaged it up (stapling the pot in place in the bag) while giving me advice on how to care for it and making sure I knew that even though I'd bought a cactus I would still need to water it. 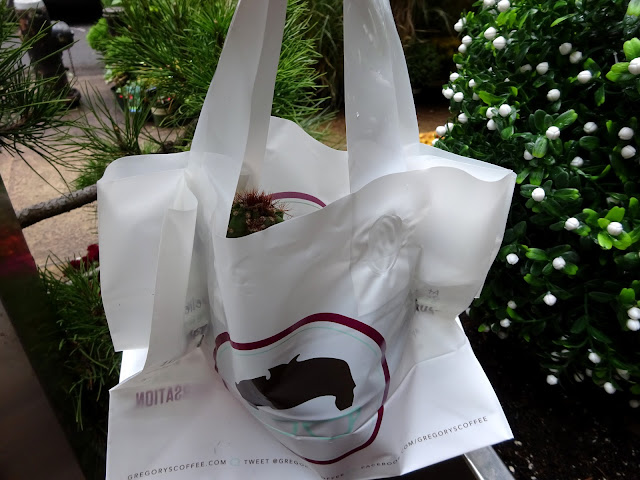 All the while I was having an inner debate on whether or not to say something about the film. Finally I just blurted it out: "I watched the New Yorker film years ago, it's so good to see you both in person, here together." Or something like that. They were both warm, gracious, I wanted to take their photo but just then another customer came in and started asking about the plants.
As it should be... 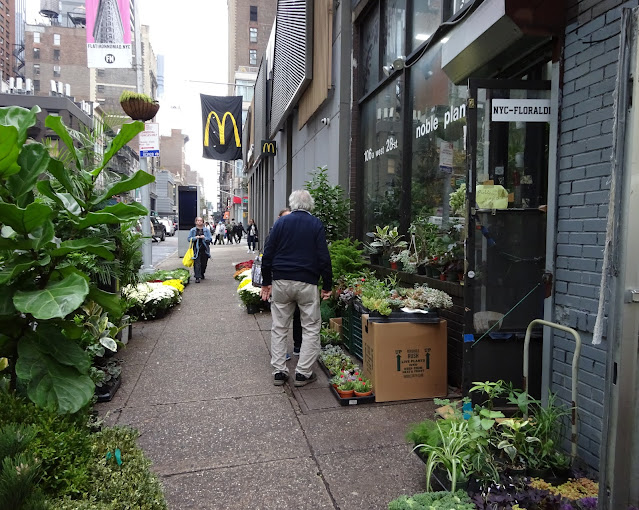 It wasn't until later when I was across the street that I noticed the shadowy images in the glass on the storefront. 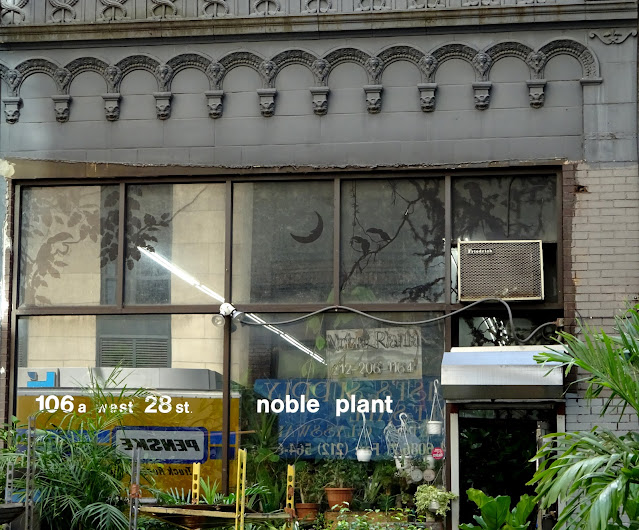 So what did I buy? Well, when I spotted this pair of cactus growing together in a 4" pot, I knew I had to have them. I mean there they are, Ched and Maria in cactus form! I bare-rooted it to bring it home, so this photo was taken after I potted them up and gave it pride of place in the basement for the winter. What an unexpected bonus to the trip. 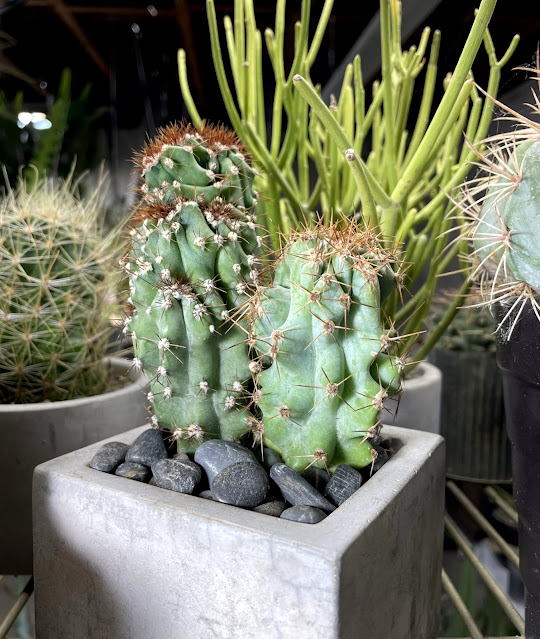