I saved this project for last (my last big project of the spring, which didn't actually happen until mid-July), because I wanted to use up all the things (moss, tillandsia, bromeliads) that hadn't already found a home. This was my inspiration image, which I saved from this post by Linda Brazill of Each Little World, it was taken at Olbrich Botanical Gardens in Madison, Wisconsin. 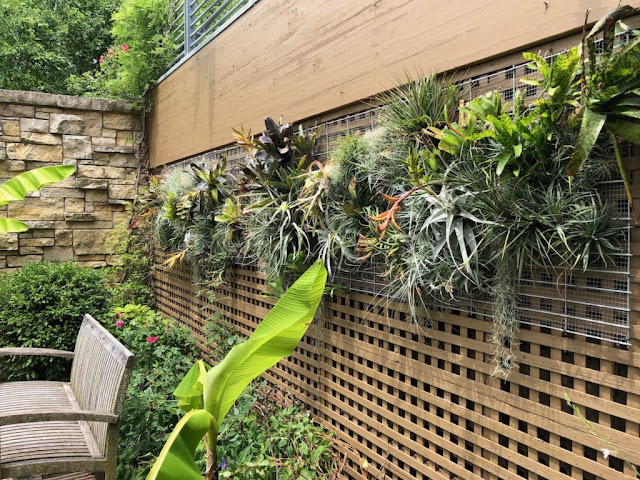 I have always wanted to do a dense hanging planting like this, but had been frustrated because whatever I did would have to come down and go indoors for the winter. That image captured my imagination because everything was on a moveable panel (or two, or three). Why hadn't I thought of that before!?
I happened to have three pieces of rusted expanded metal and a roll of screen-door screen on hand. 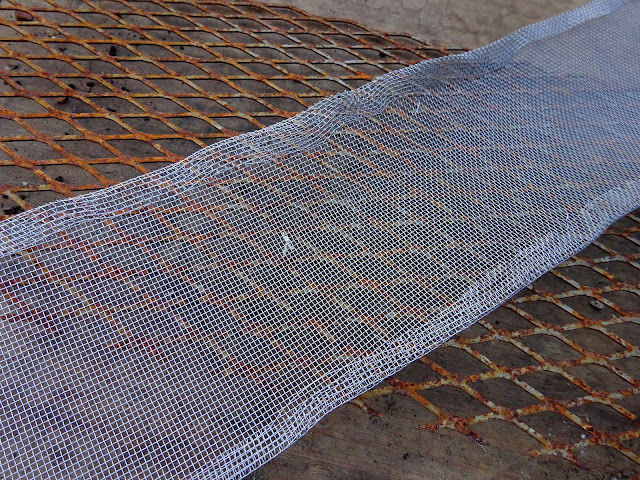 I made three of these panels—each one different—but using the same formula. You can see the rusty metal, over that I laid a long piece of screen (smaller holes, to help contain the material around the roots of the plant), and on that I laid moist sphagnum moss, and then plants with their roots and a little soil. I tied everything in place with twine. Over time the twine will probably rot, but it was super easy to work with for this first layer. 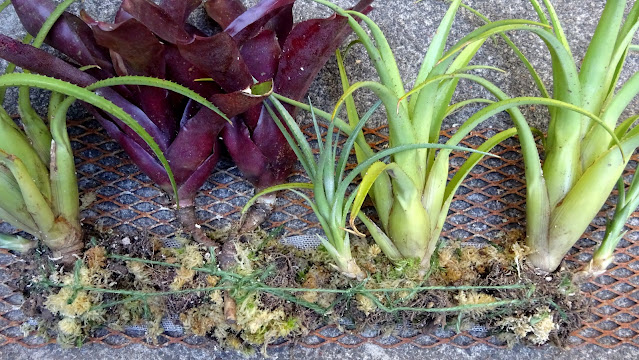 I neglected to take more photos, but over the layer you see above I laid more sphagnum moss and then some green forest moss I had collected on my travels. Everything was then wired in place, given a good soak, and then hung on the fence. Part way into this project I realized I needed a couple more plants, and that's when the blooming bromeliads (purchased unlabeled) were added to the mix. 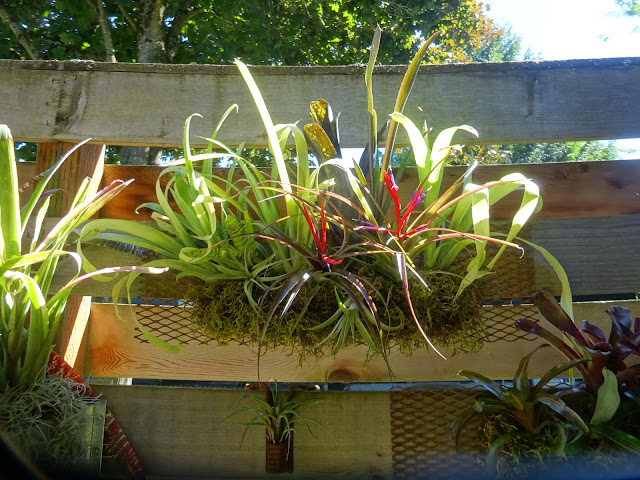 I love the way the red blooms pick up the sun. Oh and in case you're wondering why our fence has a curve to it? Well that would be a camera malfunction! I'm getting a flashing error code and something is wrong with the lens. Fun times! 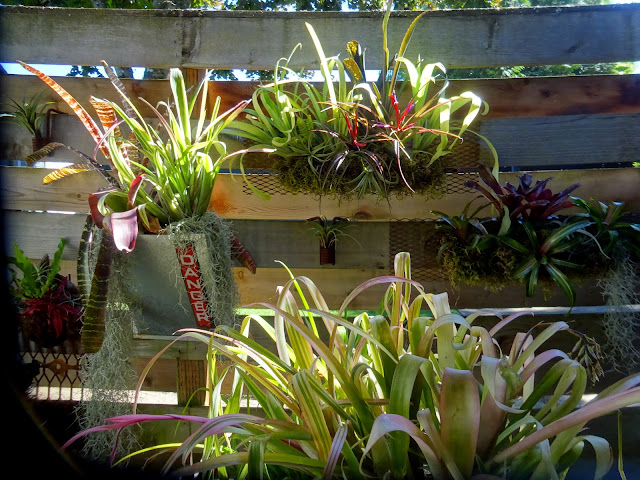 But let's not concentrate on that... there are bromeliad panels to appreciate! 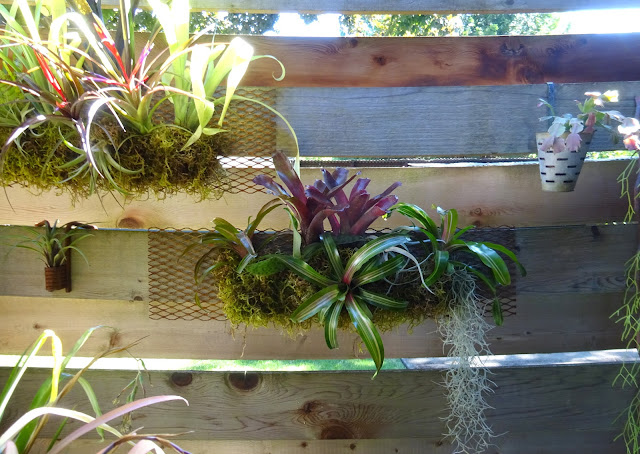 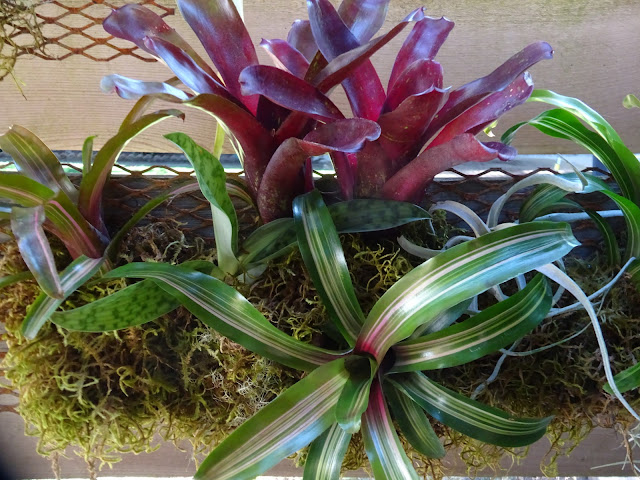 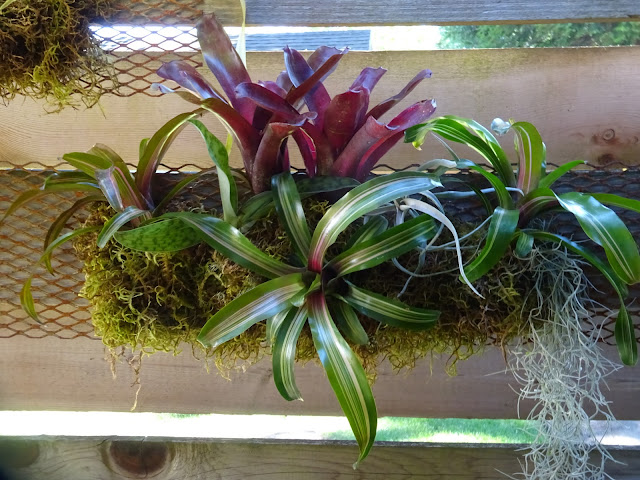 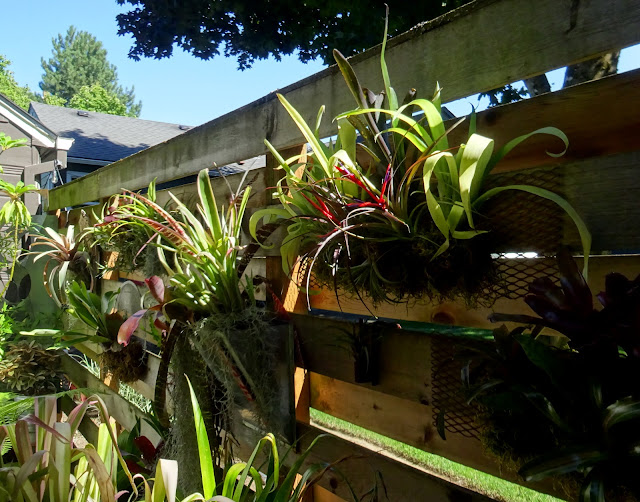 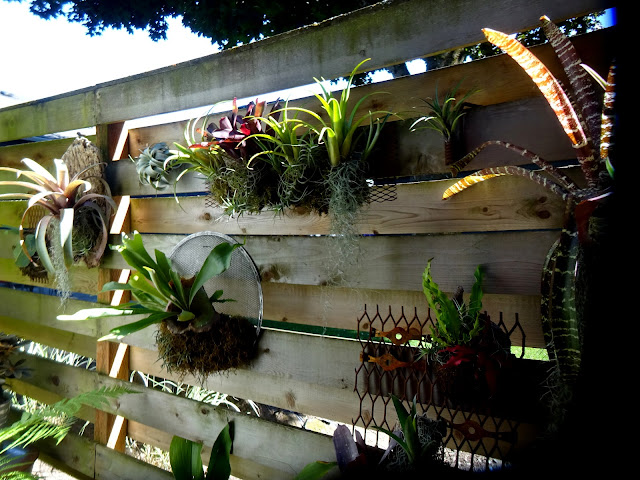 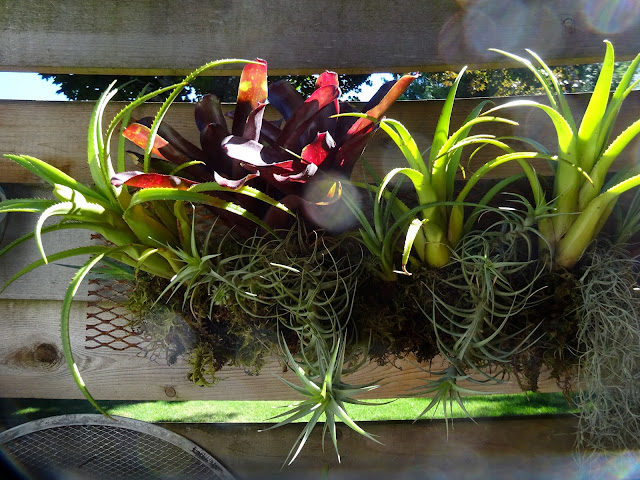 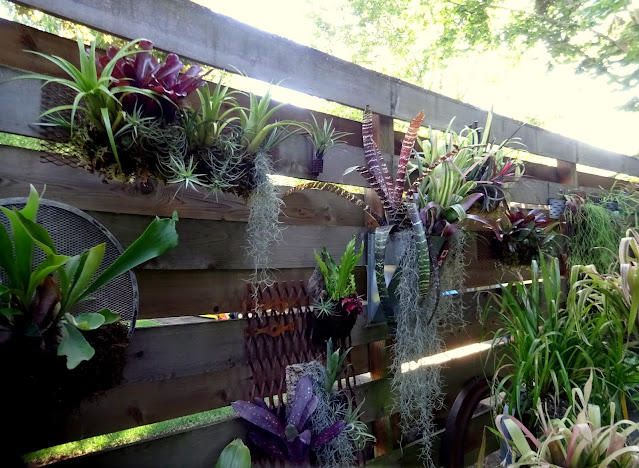 Yes, I had a lot of fun putting these together. The circular mounted bromeliad containers I experimented with back in 2019 were great for awhile, but they had run their course. This last one was retired as I hung these new creations up. 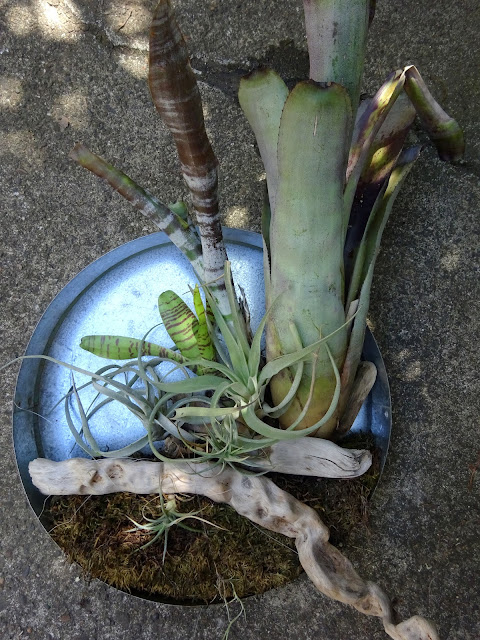 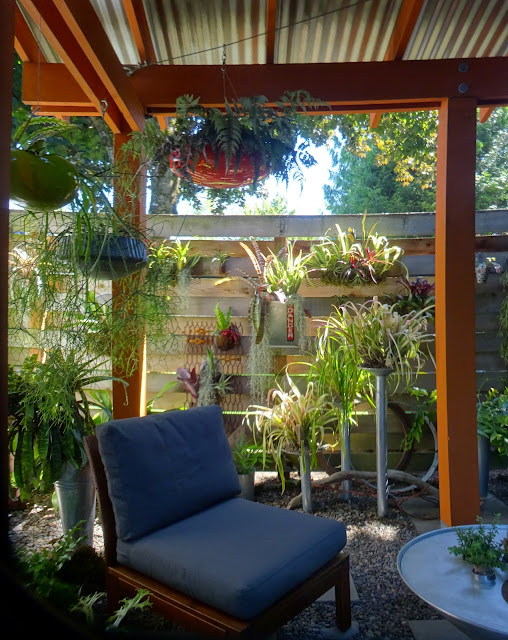