A dish planter takes to the sky...

I brought this Senecio radicans (Curio radicans) back from SoCal last November. 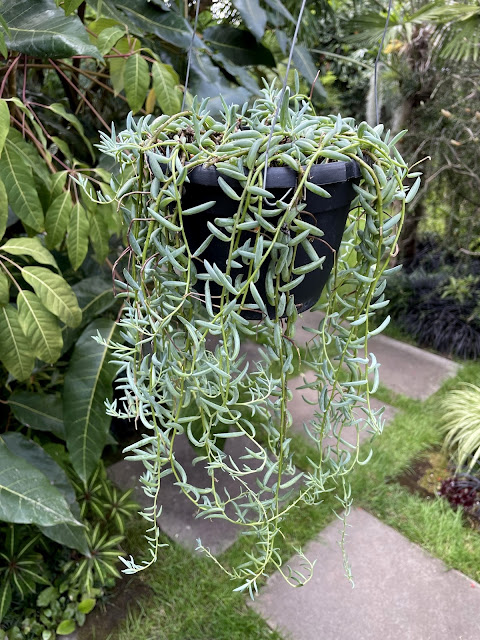 Why did I bother with such a common plant? Because this one seemed different. Its stems were a bright apple green, while the fleshy bits were a powder blue. Sadly those colors have faded since the poor plant was pulled out of the SoCal sun, even more so since we're enduring what feels like an almost sunless spring/early summer here in Portland. Still, I love it and the memory of finding it. 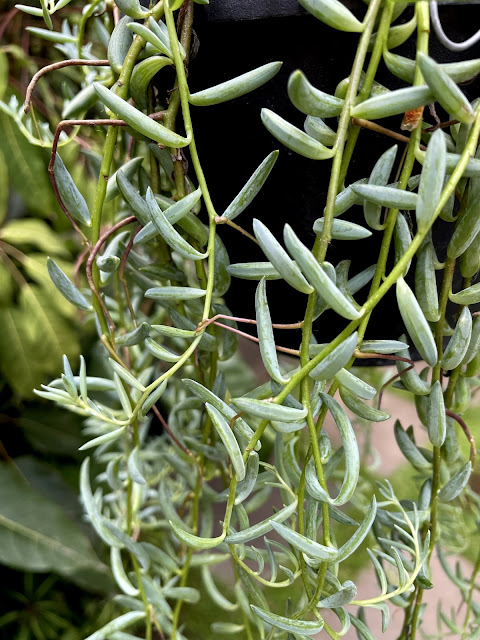 Of course I bought the plant not having a clue where in the garden it would live, and all of my hanging containers filled up fast this spring with other plants. So rather than buy another container, I decided to make one using the base from one my dish planters (which is actually the top to a chicken feeder) and a 3-wire hanger I had on hand.
Not feeling up to figuring out the mathematical equation involved in placing the holes, I laid string around the edge of the metal dish and then folded and cut it into three equal pieces. Using a piece of that string I then marked each spot and pounded a hole with a small nail. 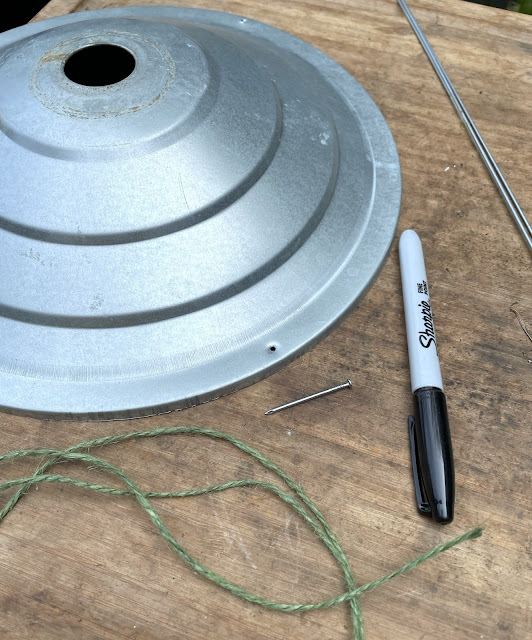 It wasn't elegant, but it worked—the dish hung level. 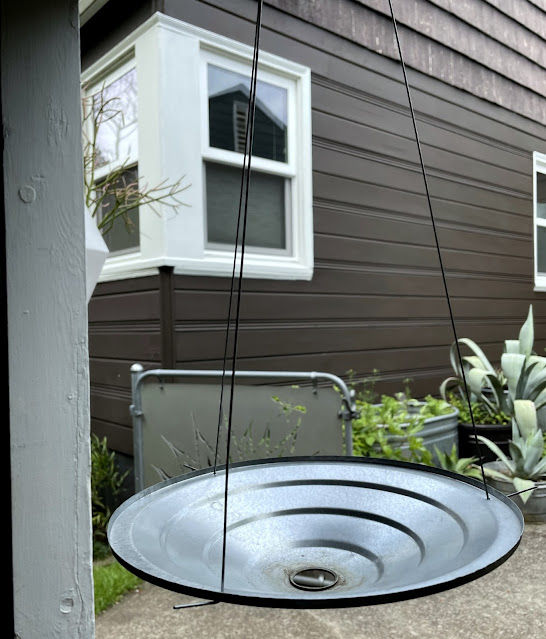 I covered the "drainage hole" with a piece of window screen. 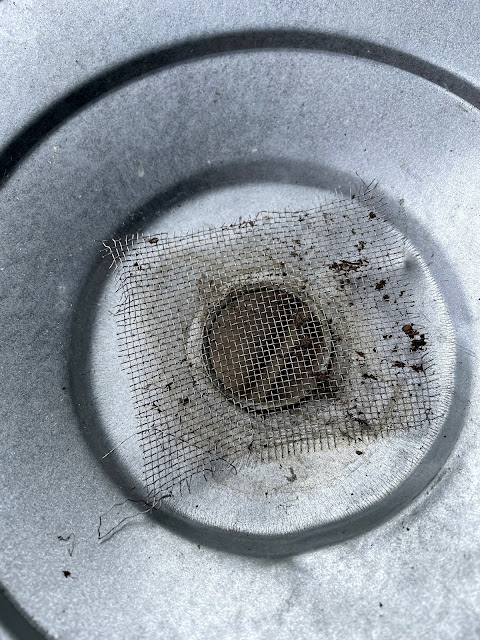 And it was time to plant, teasing away the soil and fanning out the roots. 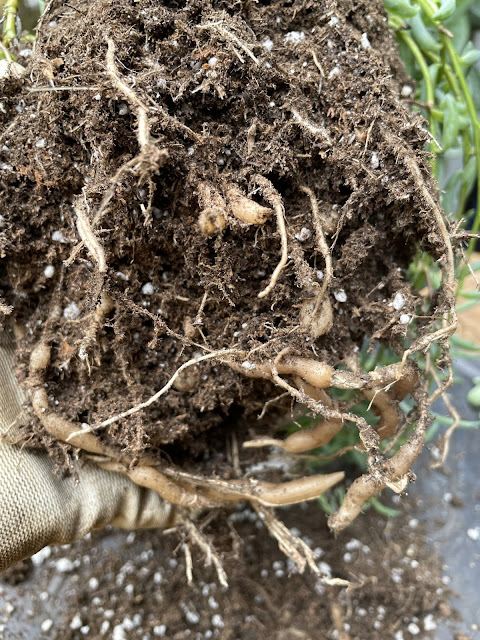 I decided to hang it from the Fatsia polycarpa 'Needham's Lace' at the north end of the patio. Can you see it tucked in there? 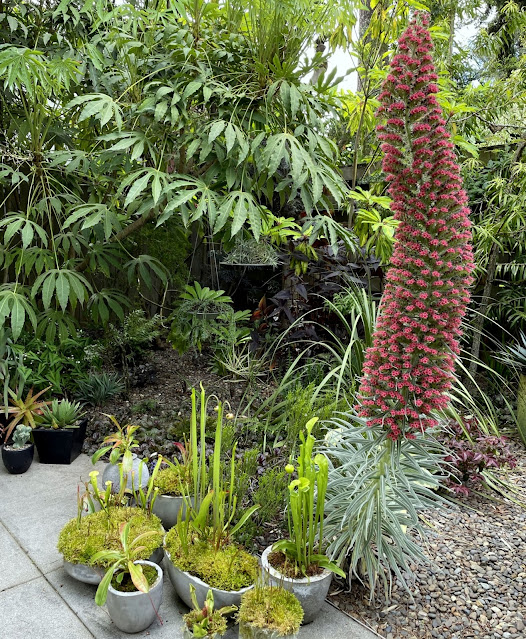 Once in place, I realized just how much the new fatsia foliage shades this spot, much more than when I first thought it was a good location. Oh well, I'm considering cutting a branch and that that would mean more sun for this planter, the flat hanging shelf I also made, and the plants in the ground. 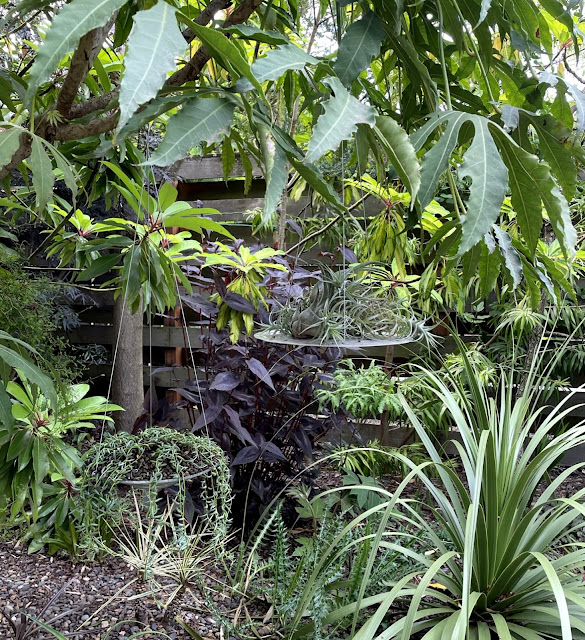 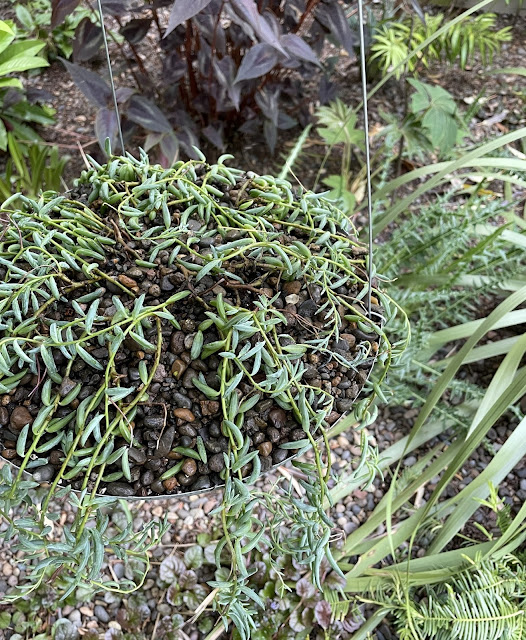 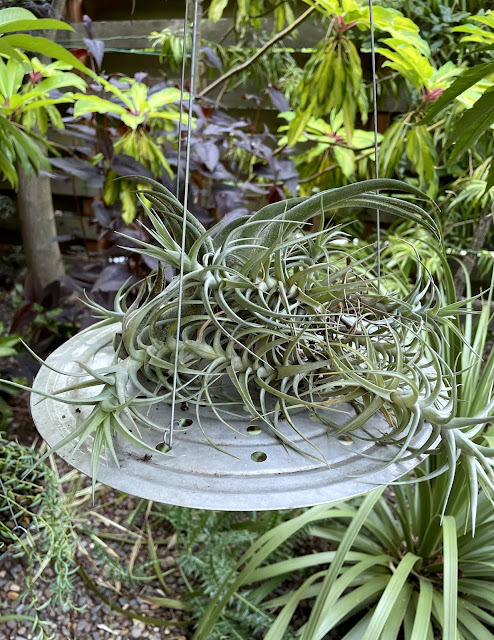 I picked up the shelf piece at a metal salvage spot and used the same 3-wire hanger on it. Eventually I plan to find some other epiphytes for the shelf, but right now I've dumped a few tillandsia there. 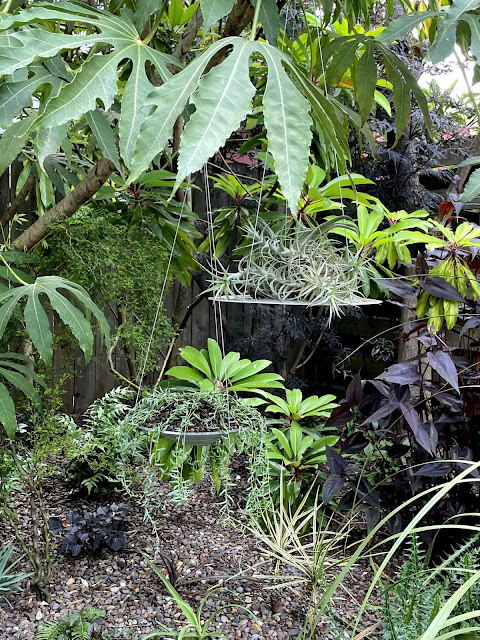