Seen from the street... (street scenes?)

Today's post consists of photos from our SoCal trip that were taken because I saw something interesting from the street—sometimes on foot, sometimes from the car. Oh, and guess what? Blogger did it again, these photos uploaded backwards from what I intended, from what I actually experienced. Augh.
So we start this little photo collection late in the vacation, as I was on my way to The Taft Garden in Ojai. Zooming along at a good clip I suddenly saw agaves! This scene was remarkable because everything else along Highway 33 was basically brown fields and trees. Suddenly there was a random garden... 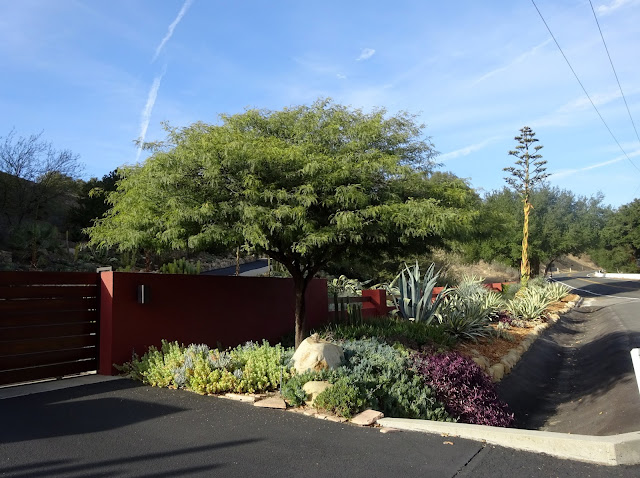 What caught my eye were the plants on the outside of the gate, but of course once I was standing in front of the gate I had to try and see what was on the other side. Camera lifted up, up...(wow!). 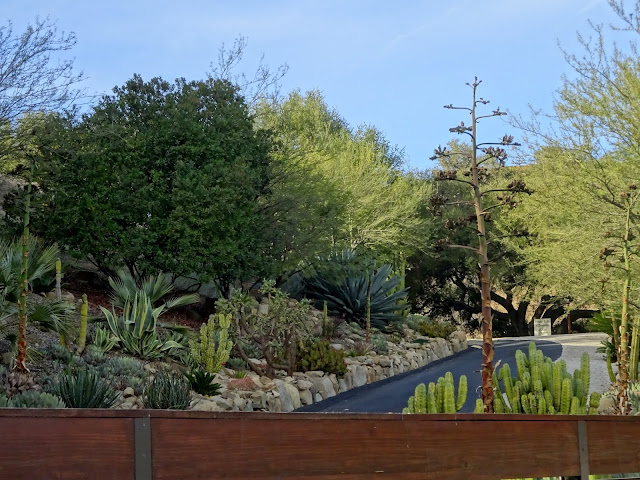 That sign, at the bend in the road, says "Private Drive, No Trespassing, SAS Alarm Service," thankfully the alarm service was not called because of my photo taking.
Outside the gate, on the left side. Agave parryi pups to the left of the rock... 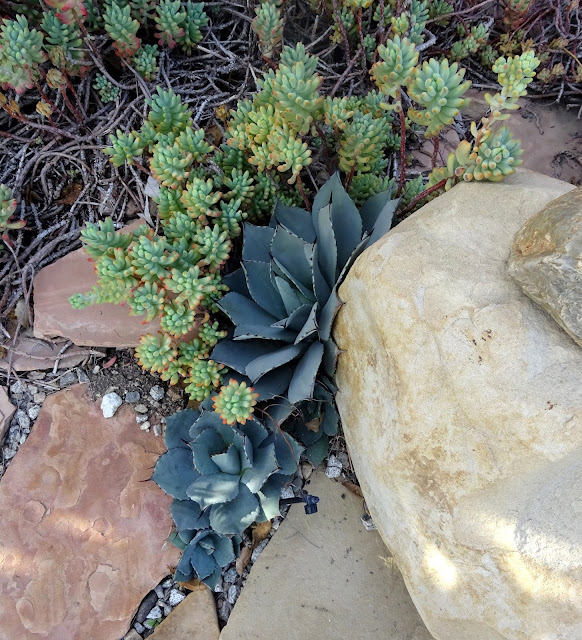 Pups to the right of the rock... 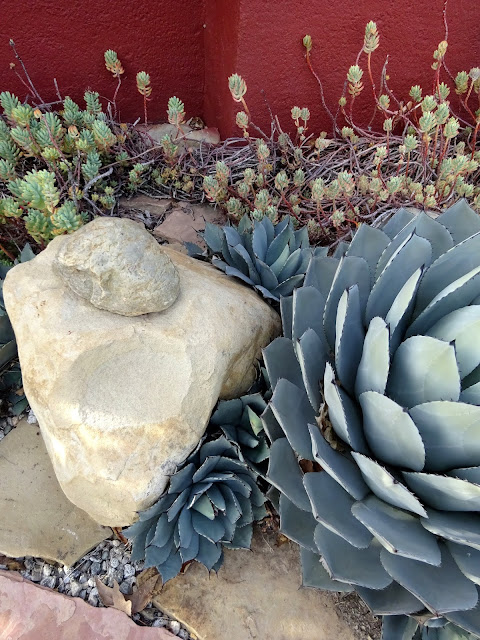 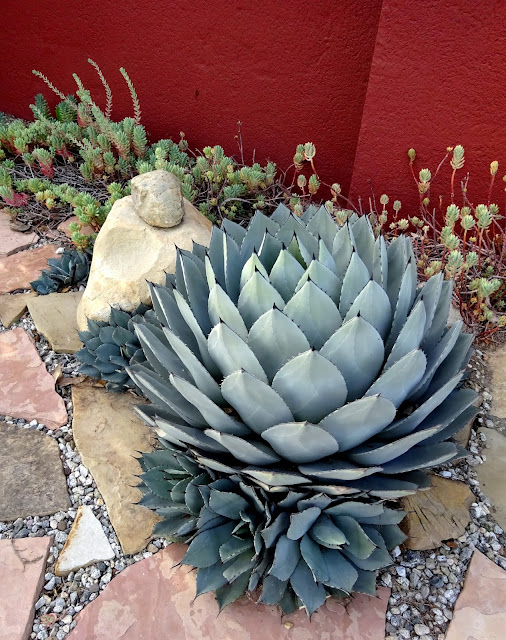 I didn't really appreciate the detail where the rock (is that rock?) and cement meet until looking at this photo. In person I was staring at the plants. 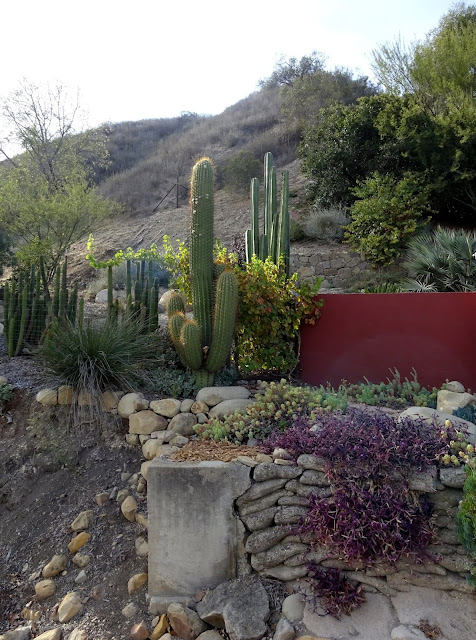 Looking to the right of the gate now. 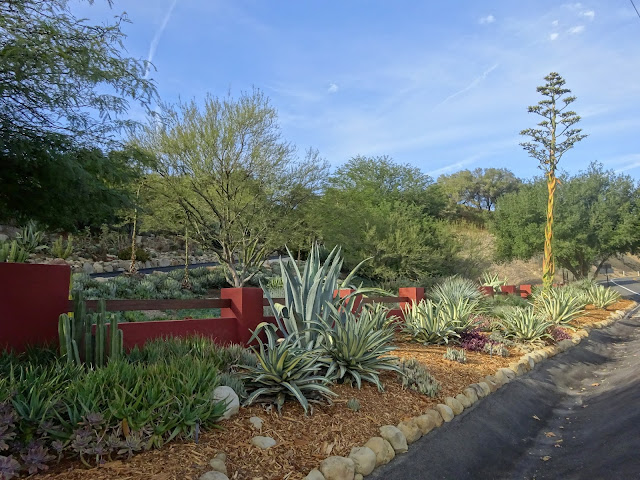 I do love it when an expired agave bloom is allowed to stand tall, even after the leaves have faded (I assume that's why they'd been removed). 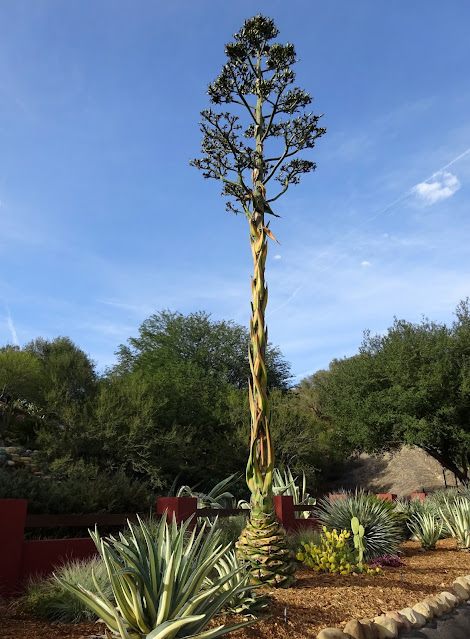 See what I mean about agaves being the reason I stopped to photograph? 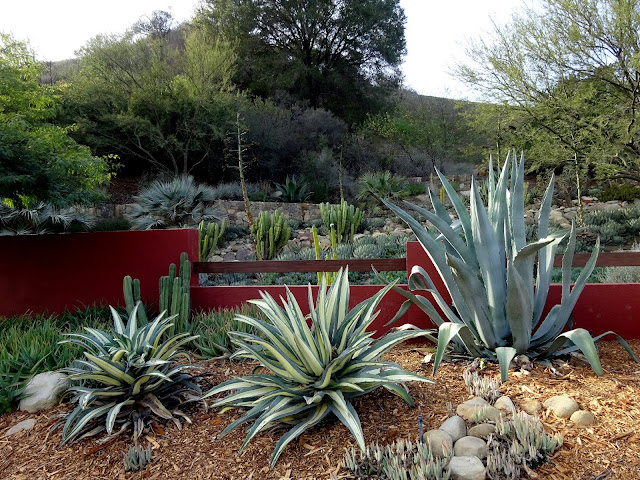 There were so many! 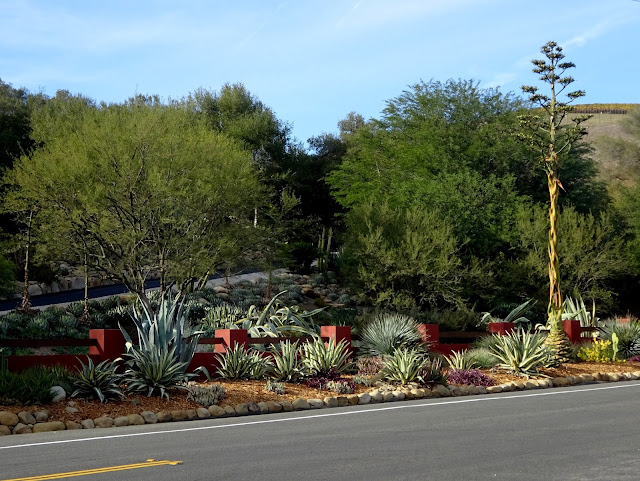 Back down in LA now, somewhere in the Los Feliz neighborhood. I didn't grab my camera when I saw this amazing opuntia, instead just using my phone. The orange flowers and sheer size of this plant are what made me stop. I don't remember the pads being this shiny in real life. 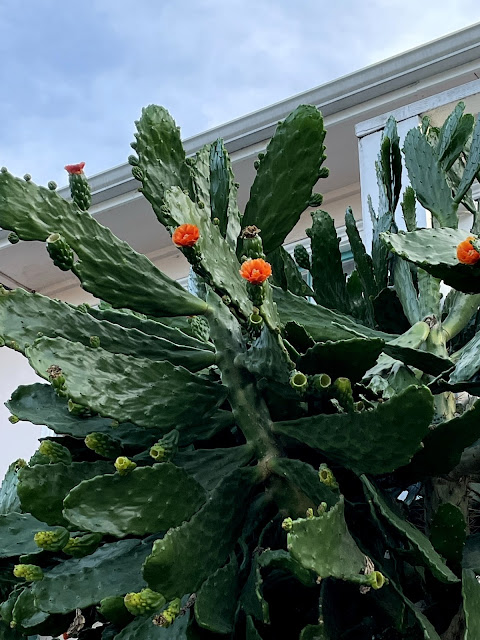 See what I mean about the size? 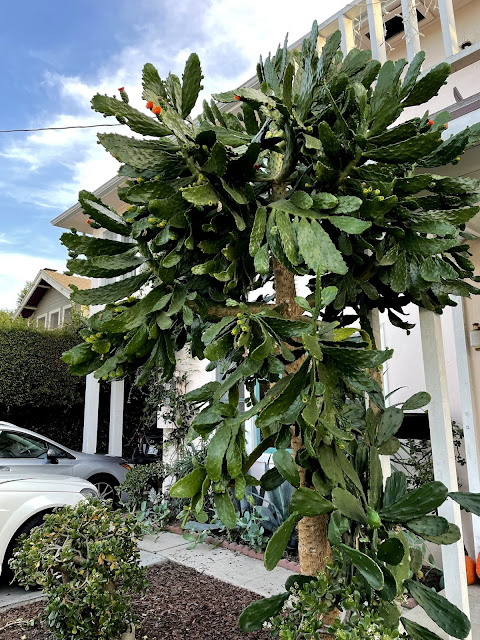 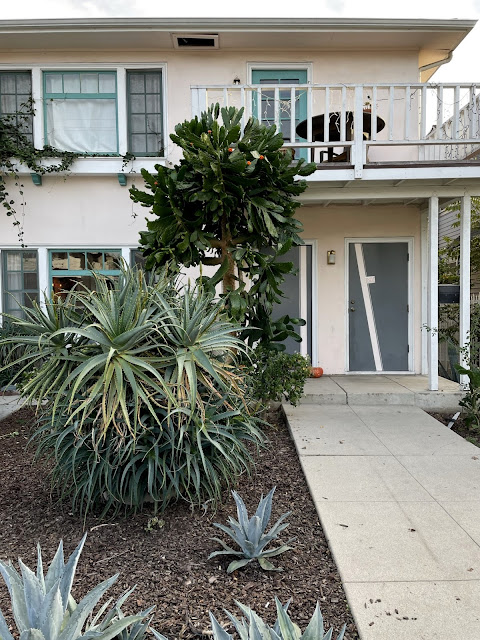 When I posted this electrical-taped vase with marigolds on Instagram, someone wondered if it was left over from Día de los Muertos (Day of the Dead). 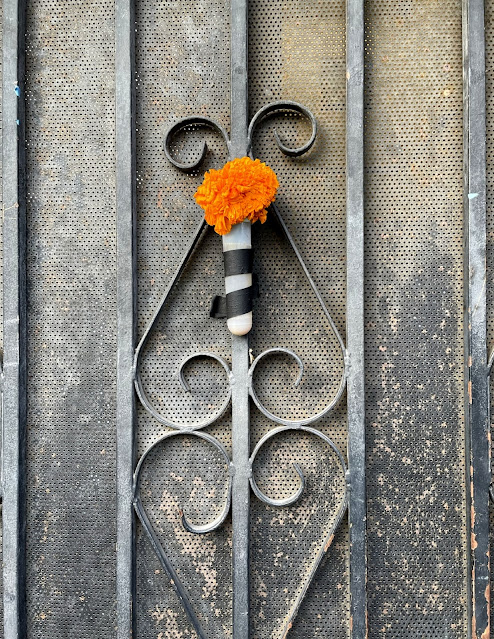 Perhaps, but since I took these images on November 16th, and Día de los Muertos was November 1-2 that means they've been there awhile. 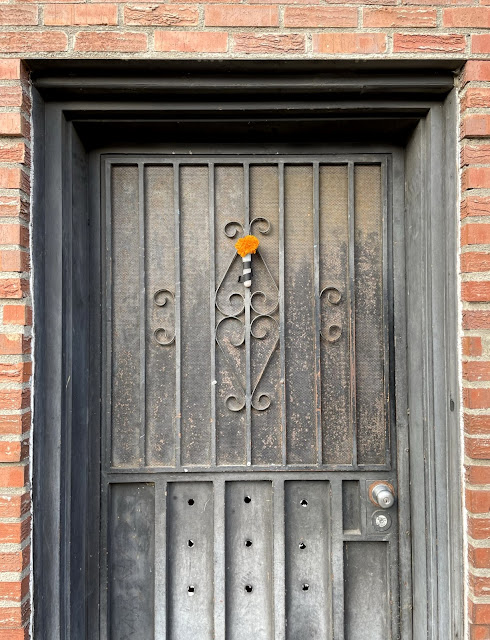 This! We all know tree roots raise sidewalks, but how often do we get a cutaway view? 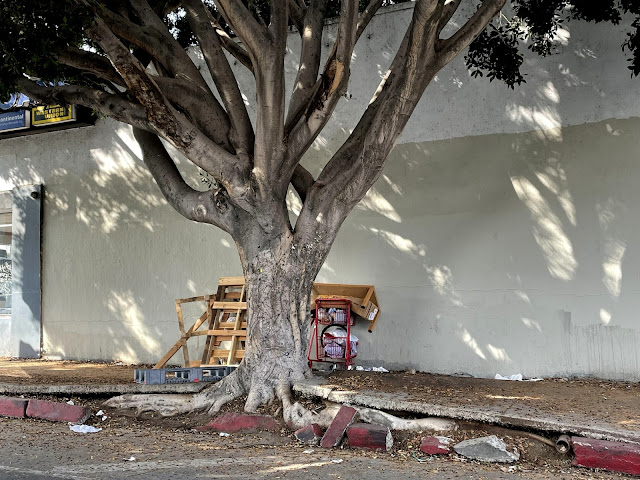 Finally a house either under remodel or construction, I couldn't tell which. But it has grasses on the roof! 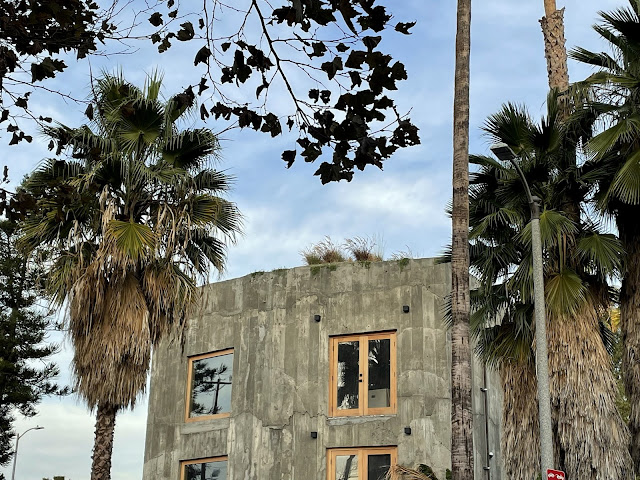