I've previously enjoyed two waterlilies in my stock-tank pond, both have bloomed yellow. When Matthew, aka The Lents Farmer, offered up a division of his Nymphaea 'Almost Black', well I jumped! But months went by and I never made it over to his place to pick it up. I suggested he bring it to a few of our bloggers meet-ups, but he kept insisting it was too big to easily transport. Oh My God. He was right. One day late this spring he and the Mardi Gras Gardener (two rather strong guys) brought it by. It took both of them to haul it in and drop it in the water. The impact it made was immediate. the leaves were so large! Finally, it started blooming on July 3rd... 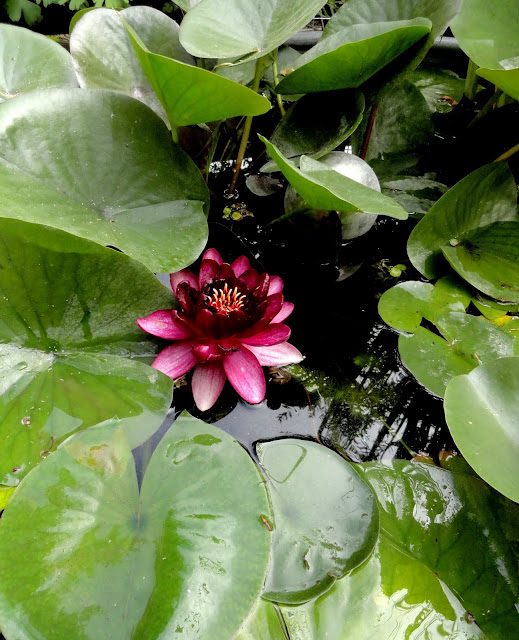 This is actually the third flower, a fourth (and fifth) are on the way. 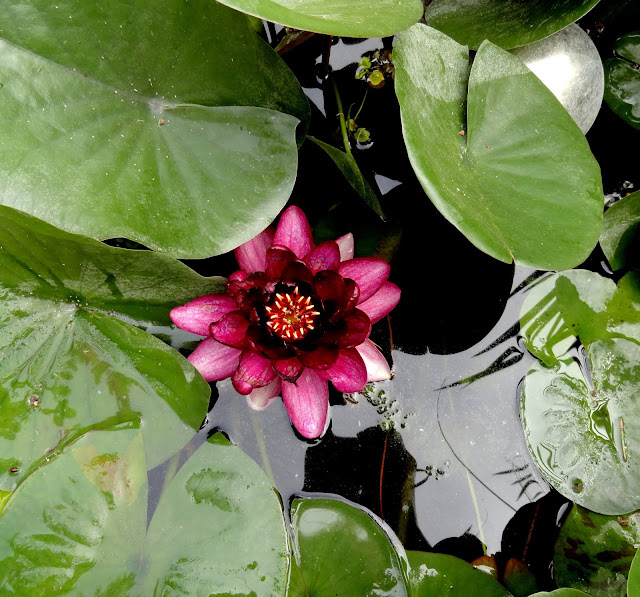 I recently found a listing of "birth flowers my month" (yes this is a florist created list) and was surprised to see each month now has two flowers, I remember there only being one. Anyway... my birthday is at the end of this week and I grew up knowing Larkspur as my "birth flower"... well now they list waterlily too! I like this development. 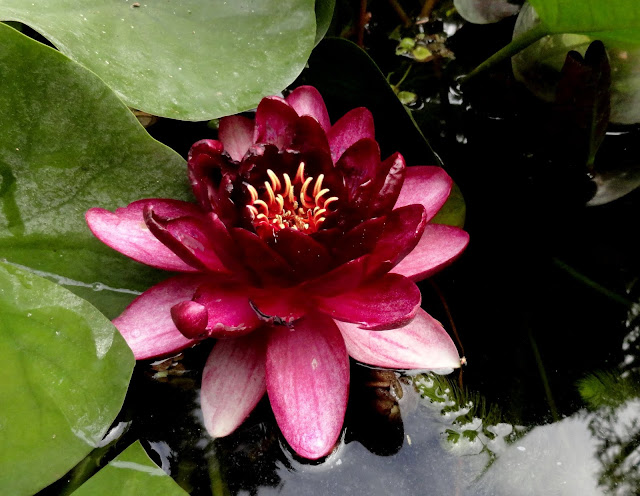 Larkspur though, I'll admit I've never really know what a Larkspur is, how is it different from a Delphinium? Maybe a little smaller, less robust, but that's it. So I went looking to find out and some pages say they're actually different names for the same thing. Others say Larkspur is an annual while Delphinium is a perennial. Then I found this page Flower.Style and they set me straight.