It was a cloudy morning as I headed out to run some errands. My route took me past this house, and garden, as it does several times each week. This time though, I stopped... 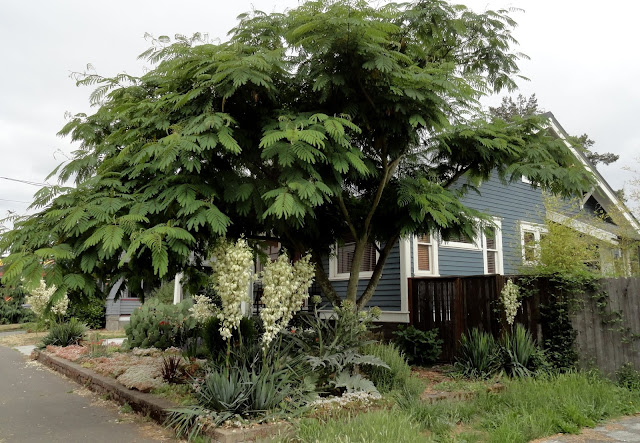 The combination of blooming Yucca and artichoke foliage is a good one, and those artichokes themselves look pretty fabulous... 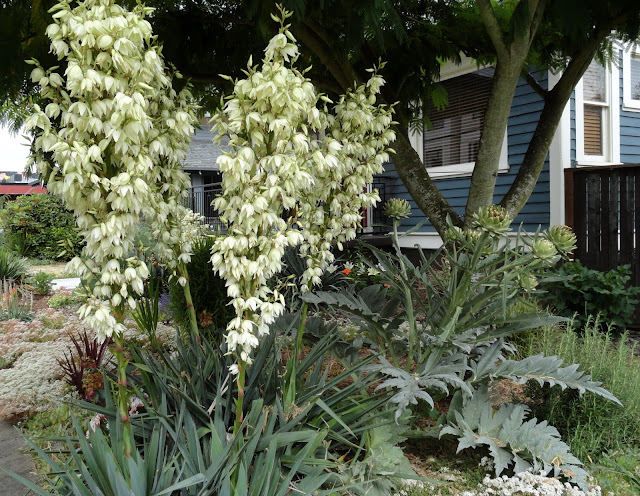 My common Yuccas are blooming too. Perhaps I need to put them in a vase? (I've really been neglecting the In a Vase on Monday meme) 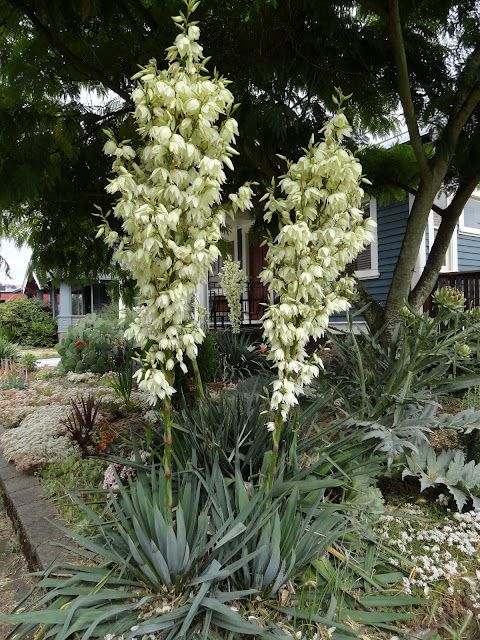 I would love a few of these to put in a vase! 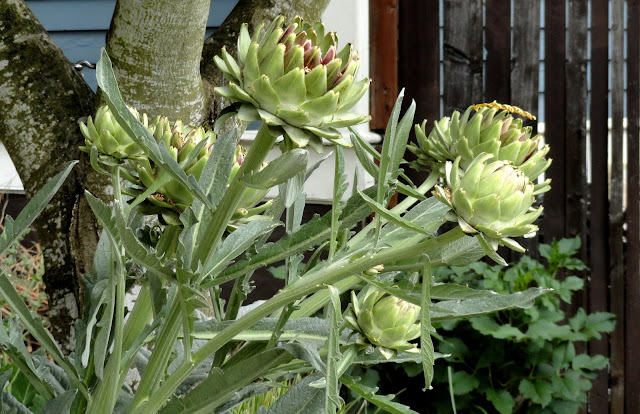 I've never noticed the Alstroemeria, it pays to view a garden from the sidewalk rather than behind a steering wheel. 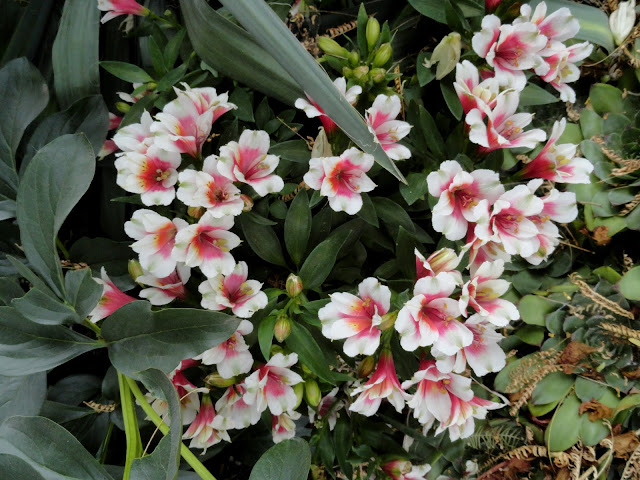 Ah the joys of gardening under an Albizia julibrissin! Poor Sempervivum... 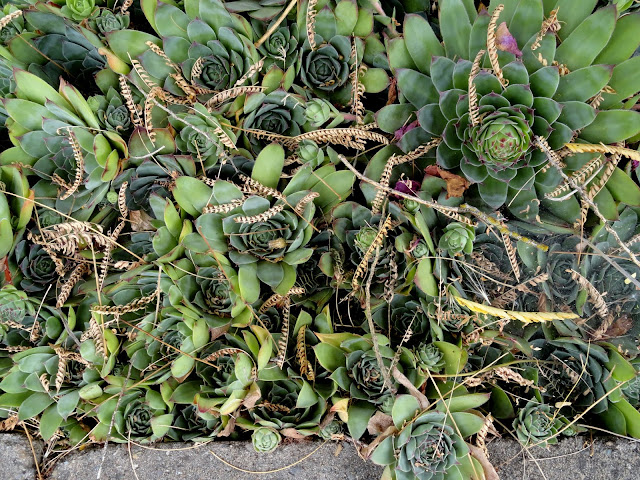 I've also never spotted the Peony. That makes this another garden for my "Peonies and Optunia" collection. My friend Andrew Keys mentioned Opuntia flowers as a substitute when you can't grow Peonies, in his book "Why Grow that When You Can Grow This?" I remember the gasp the audience let out when he referenced the pair at the NWFG Show years ago. I've always loved the comparison, especially since more than one visitor to my garden has expressed disdain that I have them growing less than two feet away from each other "those don't belong in the same garden!"... what can I say... 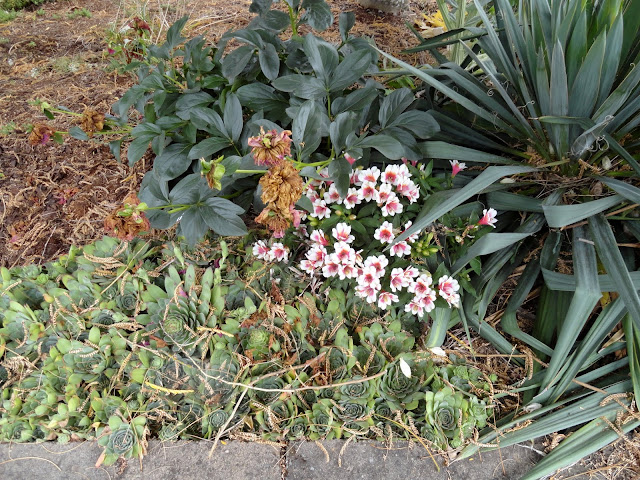 So this is why it's been dubbed "the Opuntia house"... 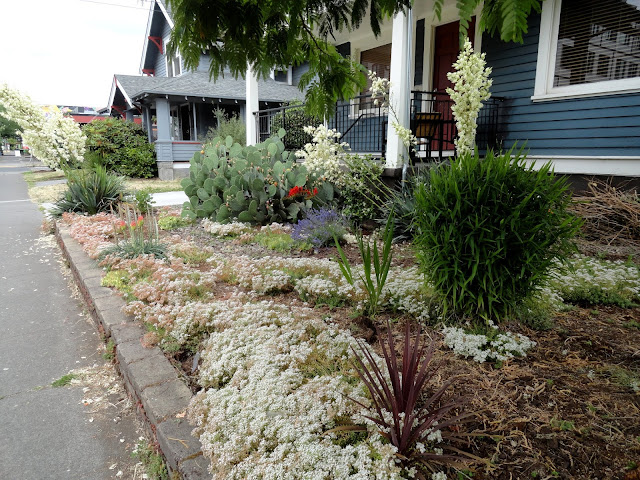 Isn't that an absolutely flawless clump of Opuntia? Some flowering, some already forming fruit. Andrew (my Andrew, not Keys) feels this is the "ultimate" in Portland Opuntia growing, his commute used to take him by here and if traffic was backed up, he might end up staring at it for several minutes. 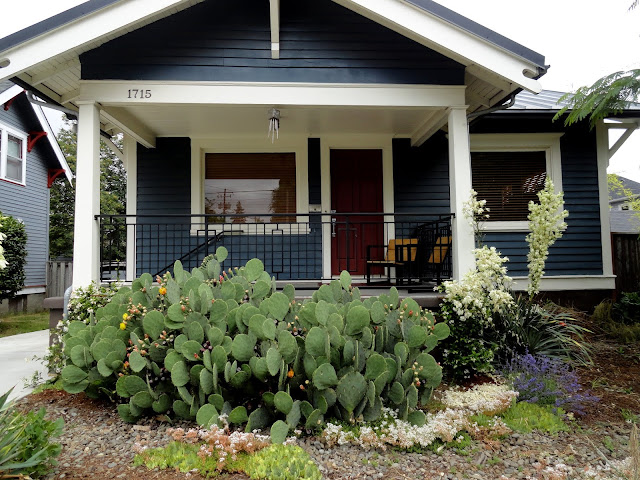 I would love to see what it looks like from the front porch. I wonder if the mailman has ever dropped a piece of mail in there? 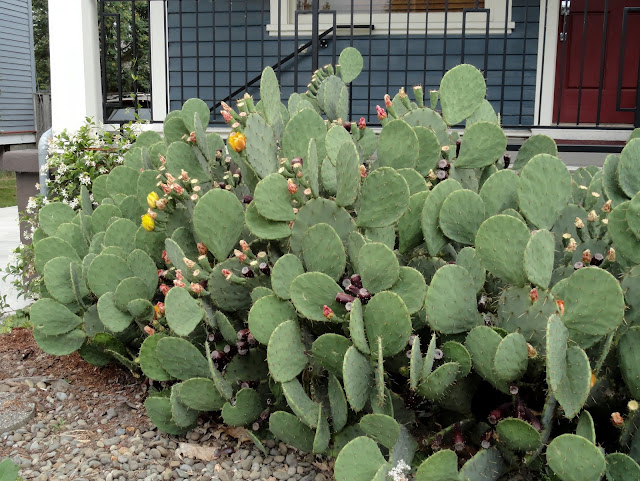 More Yucca, leaning. I had to tie one of mine up yesterday, it had made the sidewalk impassable. 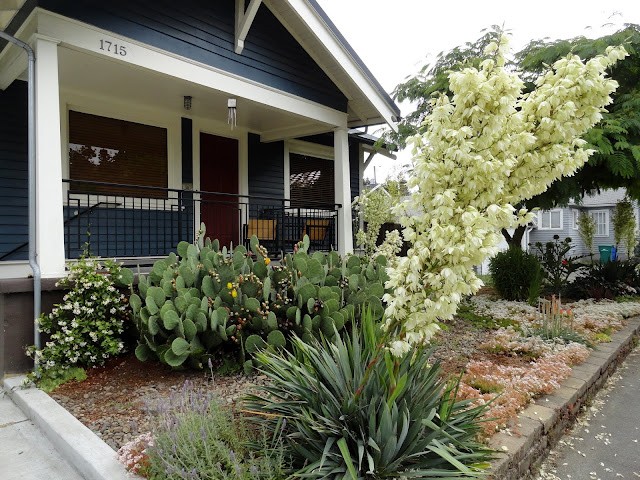 They're such beautiful flowers. 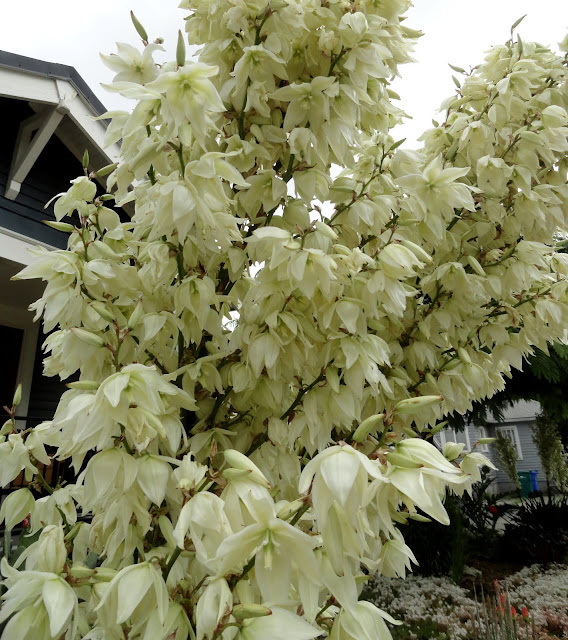 One last look at the Opuntia. 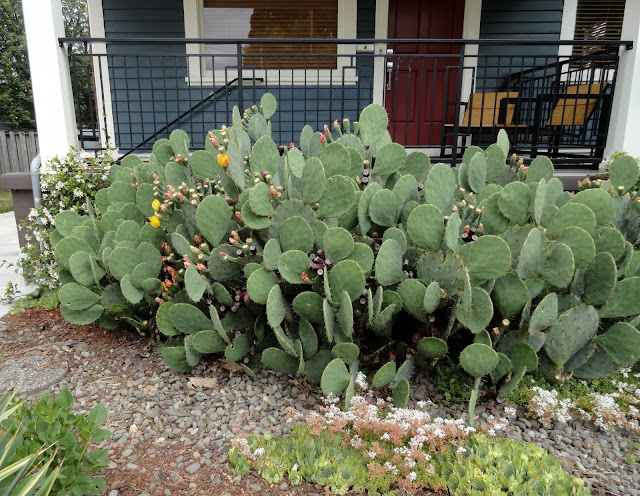 Before I take my leave. Oh! I should point out the blooming Sedum too, it's the white "snow" on the ground. 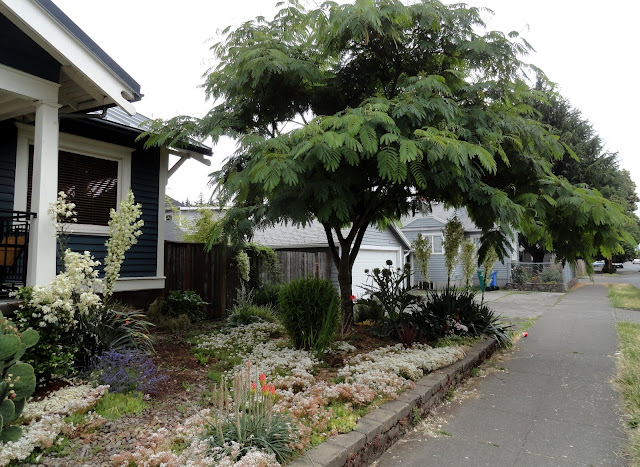 Soon to be replaced by pink snow, when those Albizia buds open and their pink-puffballs have a moment in the sun, before falling to the ground. 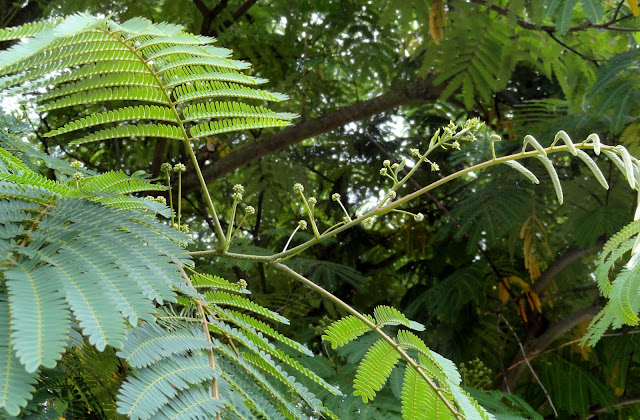 Labels: on the sidewalk, Opuntia