In a Vase on Monday, Kitchen Brights

Just a pair of small arrangements this week, for Cathy's "In a Vase" meme... 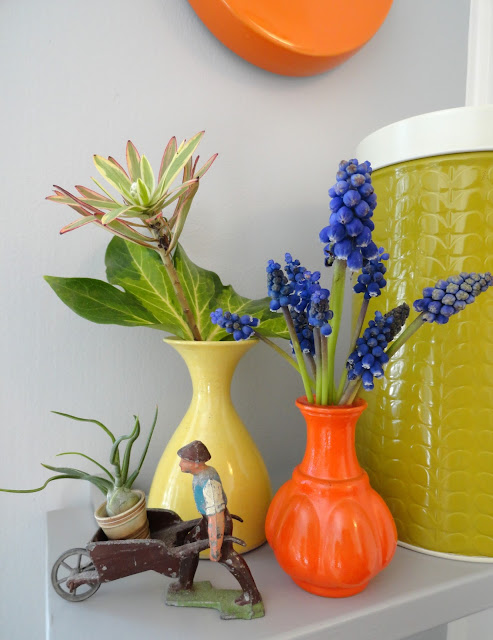 They're on a shelf in the kitchen. 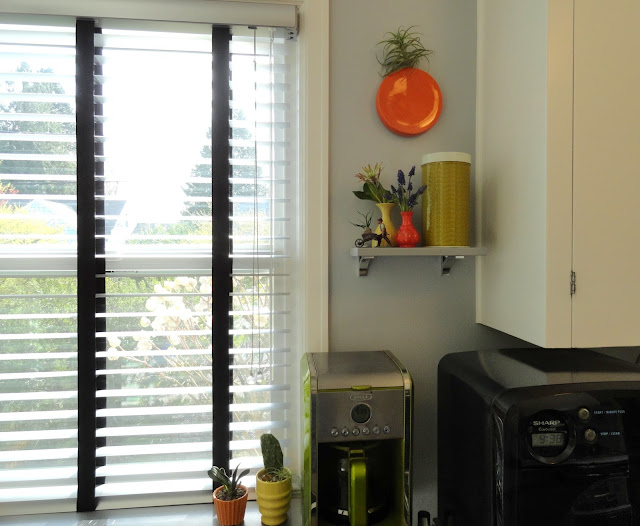 Under the orange candy wall pocket (there is a candy shaped just like that, but I can't think of it's name) with the Tillandsia. 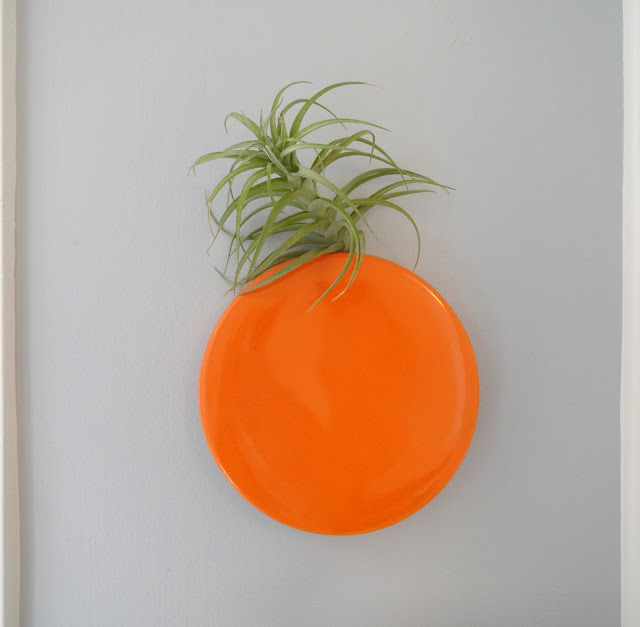 And next to the Orla Kiely canister. 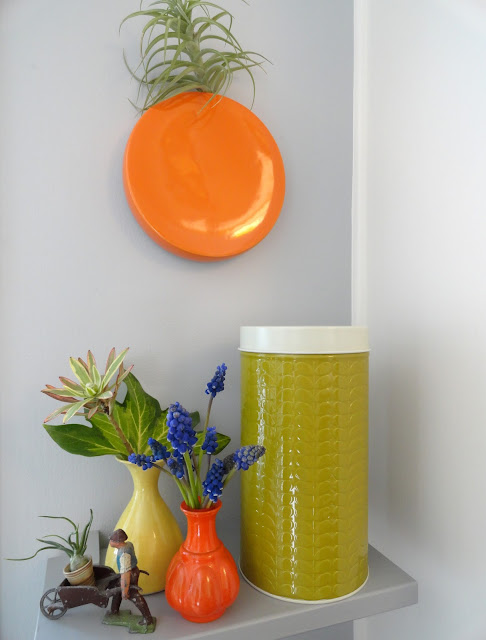 This is the last of my Leucadendron 'Jester', it didn't like our winter, even though I tried to baby it. That's a χ Fatshedera lizei ‘Annemieke’ leaf tucked in behind it. Wish I would have spotted the Fir needle curled in there and removed it, before taking the picture. Oh well, keeping it real. 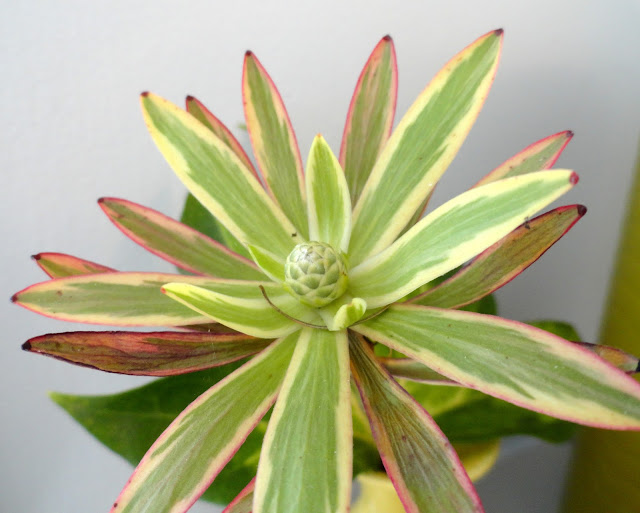 The Muscari were gathered from my hellstrip (a volunteer I pick every year, and it reliably returns the next) and next to our driveway, technically the neighbor's property but I doubt they even know it's there. 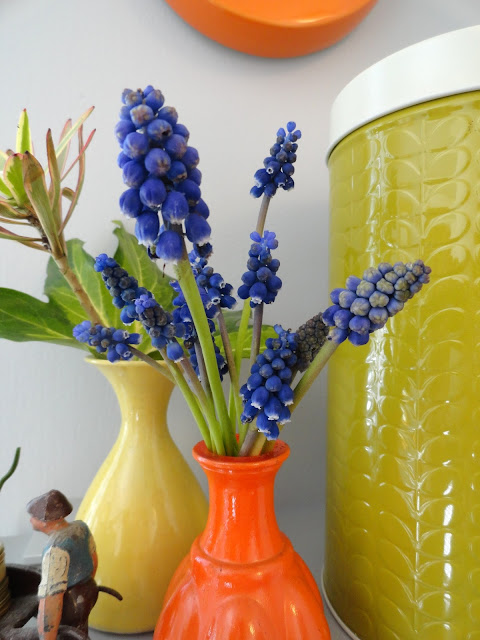 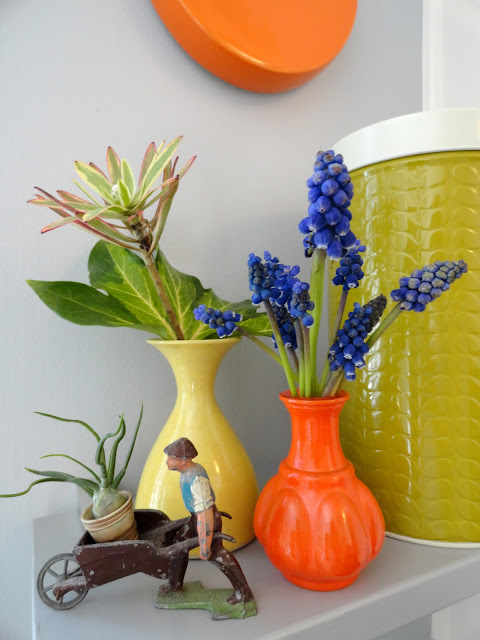