Fool me once, shame on you…

Last weekend was the big (and I do mean B.I.G.) Hardy Plant Society of Oregon Plant Sale (aka Hortlandia). I decided to treat myself to a day of just soaking up the plants and the people. No photos. Really! No photos, at least not at the sale. Once I was home the camera came out and I had to photograph my “haul”…it’s a tradition. We’ll see the haul in its entirety tomorrow, today I want to focus on a little moment that was too good to be true.

I would like to think I'm a touch more plant savvy than the average bear, but even those of us that have been around the block a time or two can be hugely naive. Especially when an elusive genus is mentioned, for me it was Acacia. I get week in the knees at their mention, and they’re not really hardy here. So when I saw this… 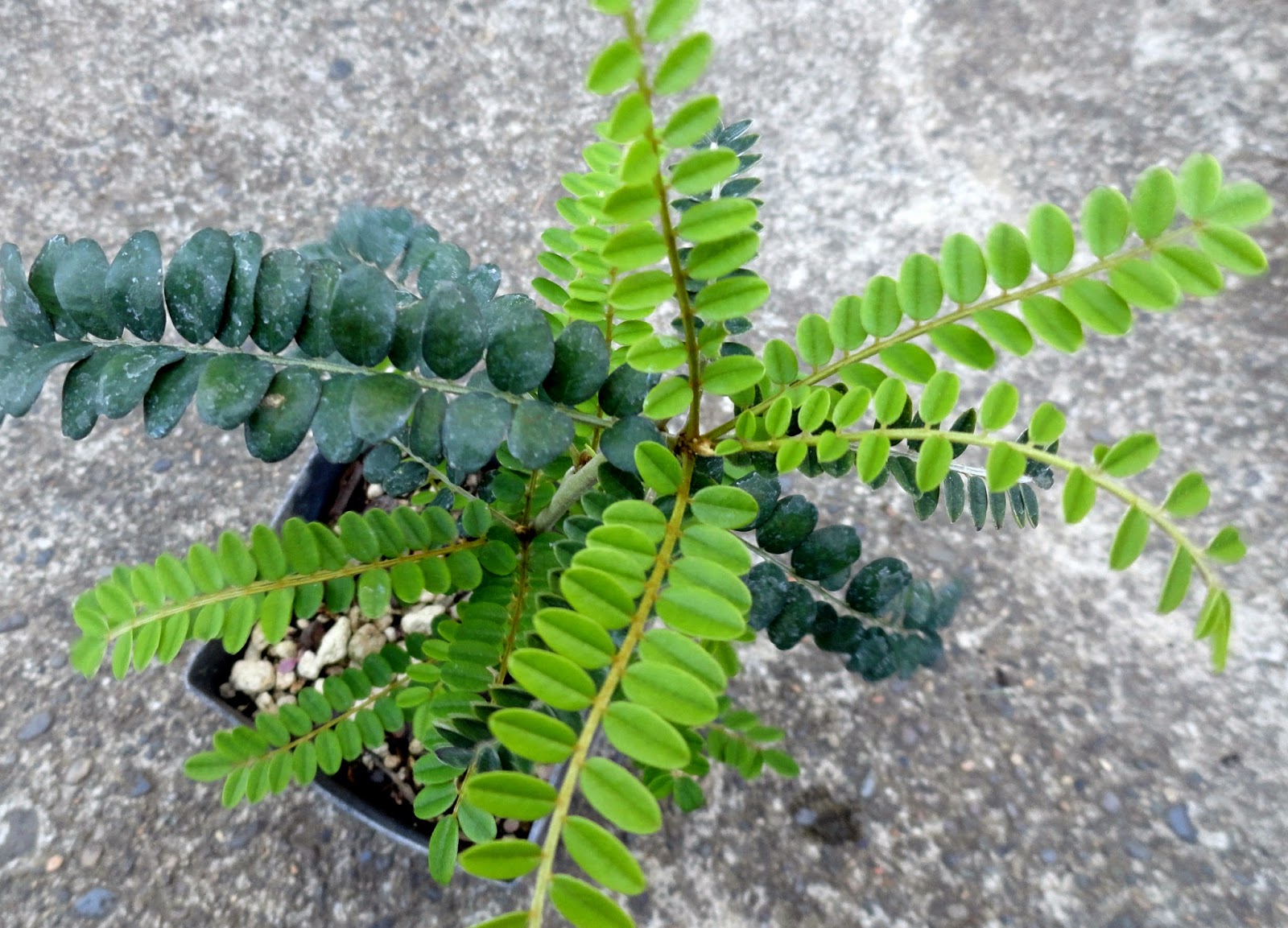 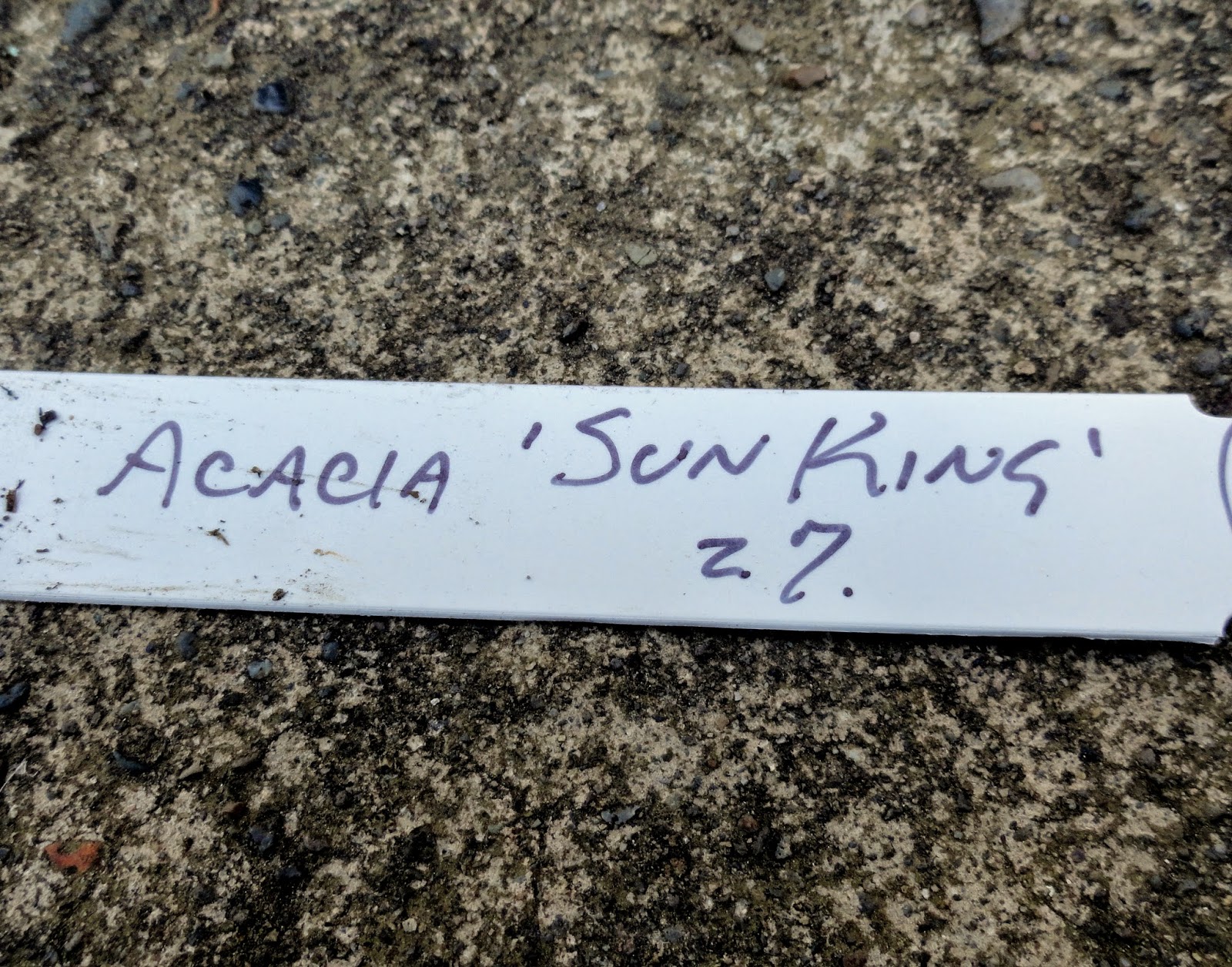 For under $10 and the guy in charge at the nursery booth told me he’d at it re-sprout after zero degrees Fahrenheit well I couldn’t grab it fast enough, never mind that the name was entirely new to me, what do I know about acacias?! 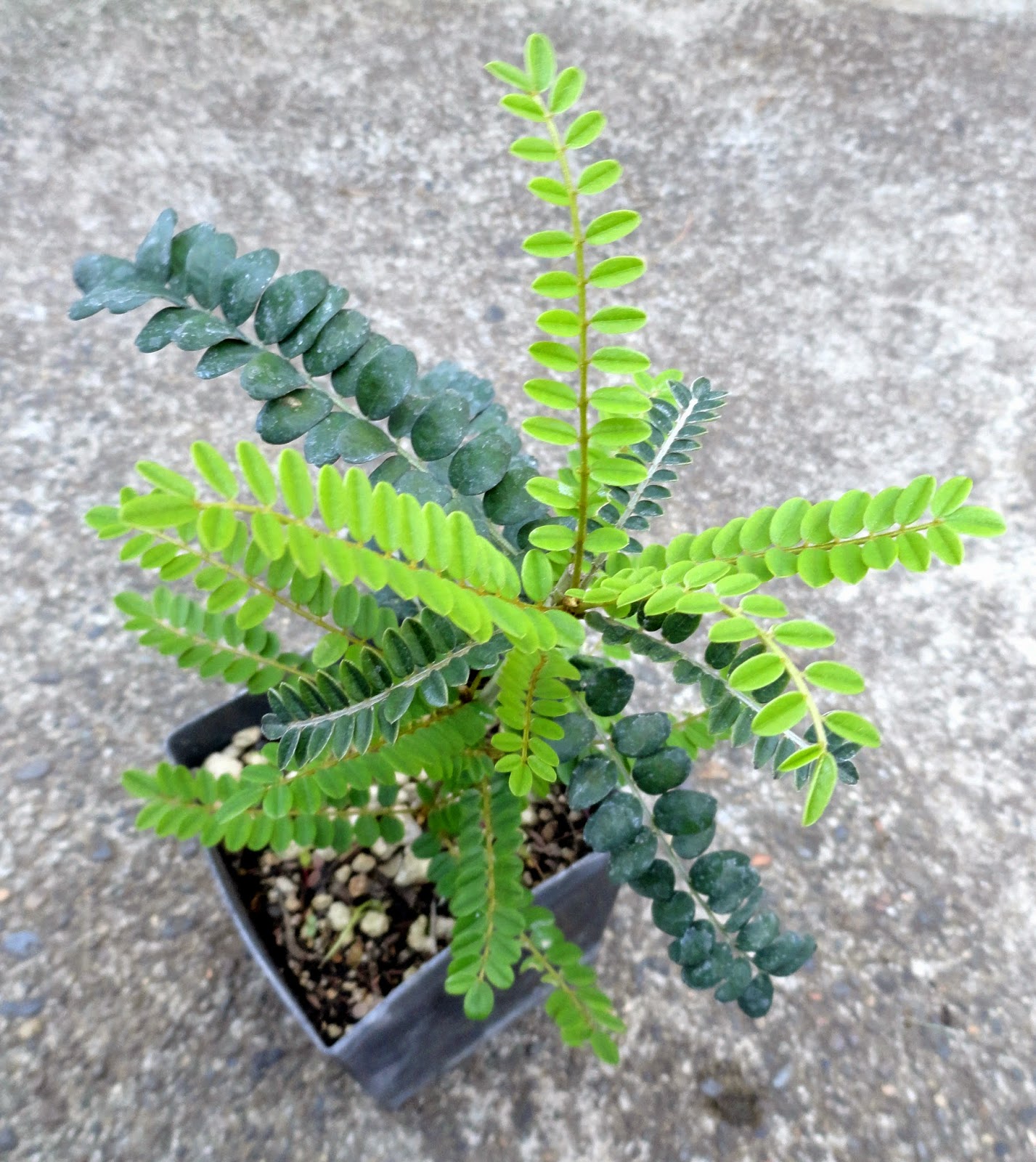 Once home I start to research this exciting new plant, only to discover there is no such thing. No Such Thing. What I bought (I have every reason to believe) is a Sophora microphylla 'Sun King' another plant I've lusted after for years, but never bought simply because of space (and frankly should have recognized - had I not got all starry-eyed at the word "Acacia"). The Sophora should be hardy in my garden and could get big, where as the supposed Acacia (even thought they said Zone 7) I was pretty sure wouldn't make it through a hard winter. Here's a photo I took of the Sophora blooms at Cistus back in 2012... 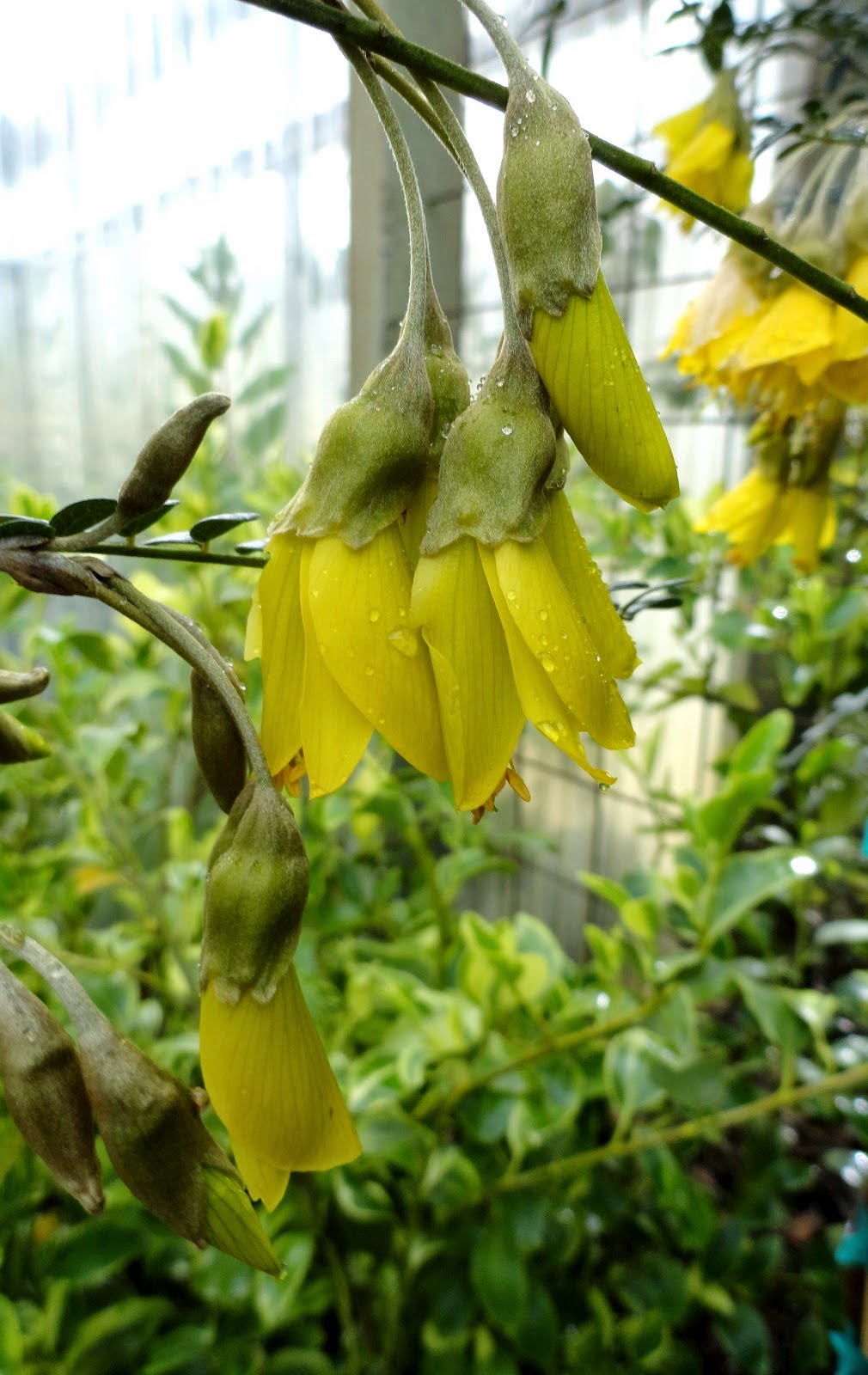 And a really poor photo of the Sophora at the Northwest Flower and Garden Show back in 2012. I've been tracking this one for awhile! 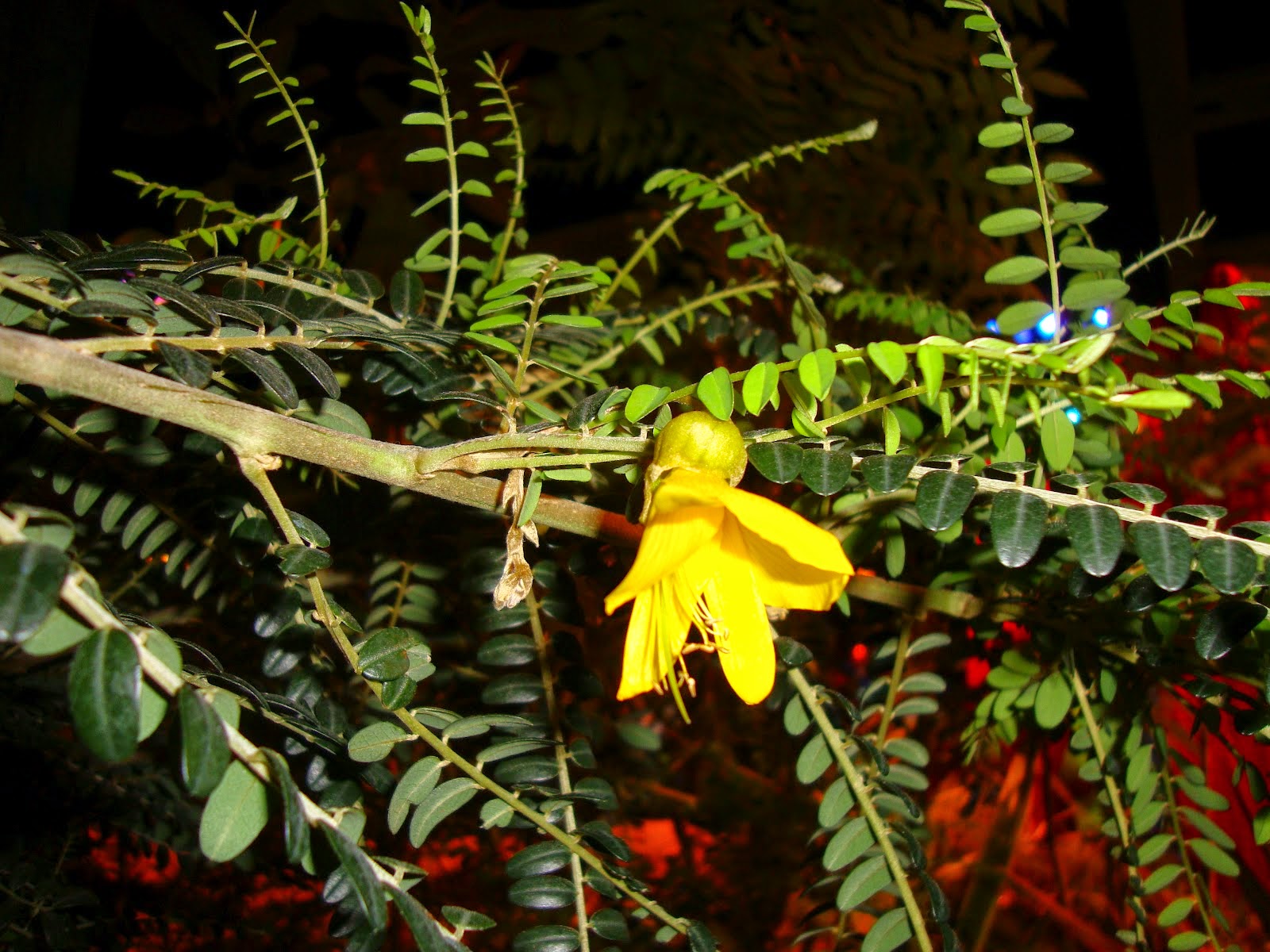 So while I'm not too upset, because I inadvertently bought a plant I've wanted for years but not allowed myself to buy, it's a problem that a nursery brought at least a half dozen wrongly marked plants to a huge plant sale. I bet this happens more times that we realize and I wonder how many others bought this plant and don't have a clue what they really bought? 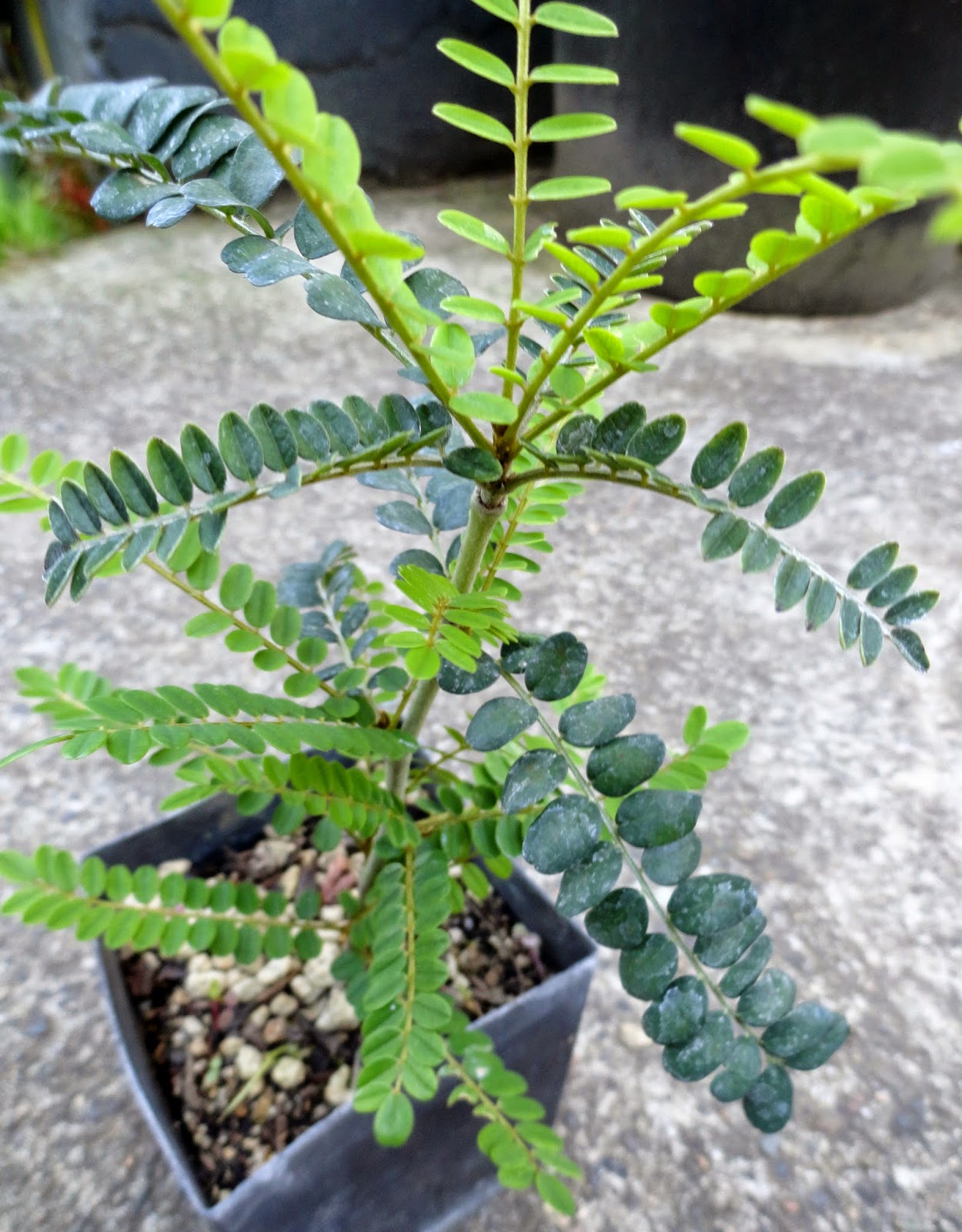