In a vase, on the last Monday in March

So there was pruning. The end of last week was sunny and warm and amazing, I pruned, evidently that’s what I do now since it seems to be all that I talk about. 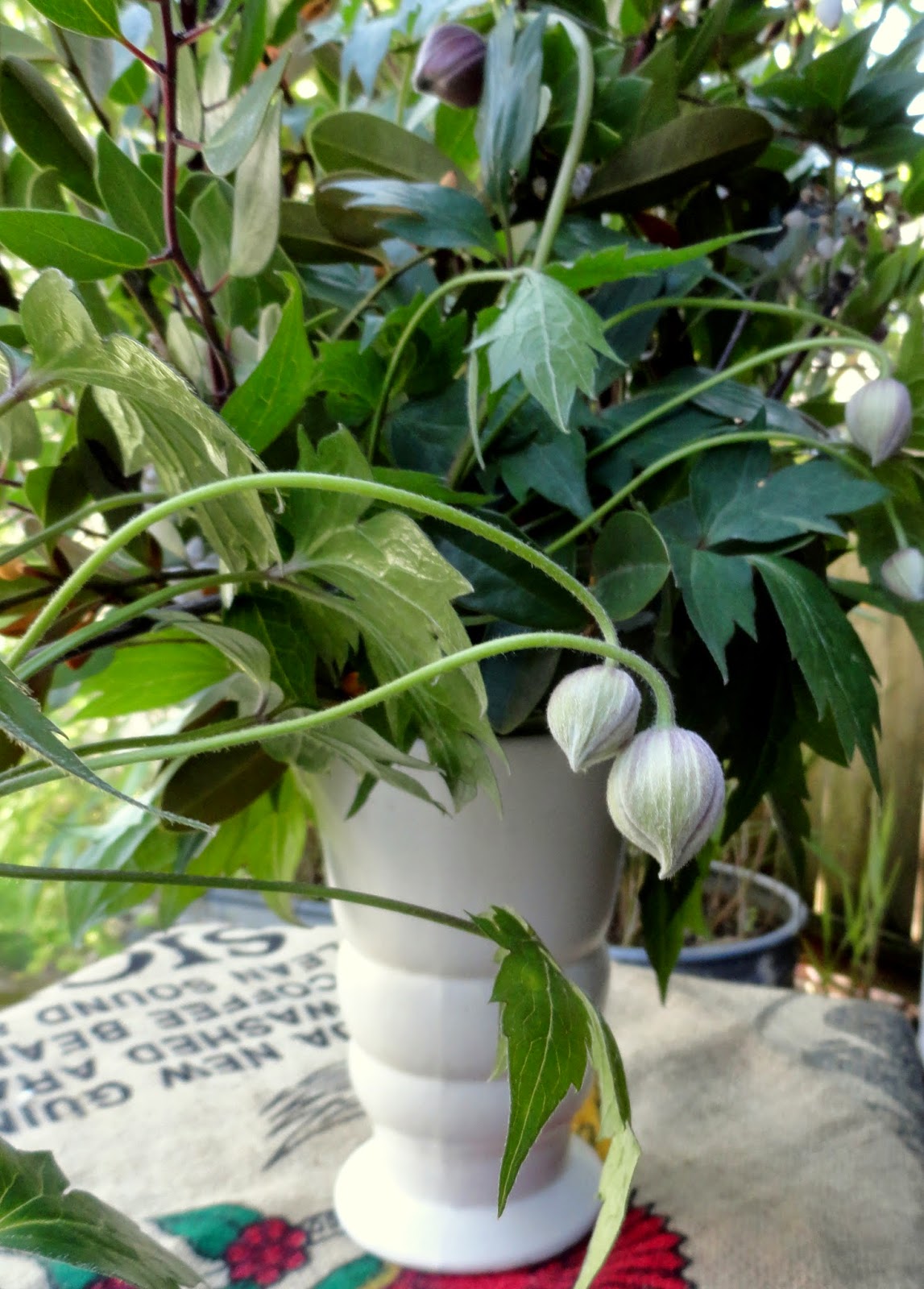 Waste not want not.

I didn’t intend to end up with the mindset of someone who lived through The Great Depression but at times I realize that’s exactly who I am. I do believe in occasionally buying cut flowers (crazy wasteful? No, not really, cuz they make me SO HAPPY). I also see the value in every stem I cut from my garden, prune something? Don’t toss it in the bin, put it in a vase! 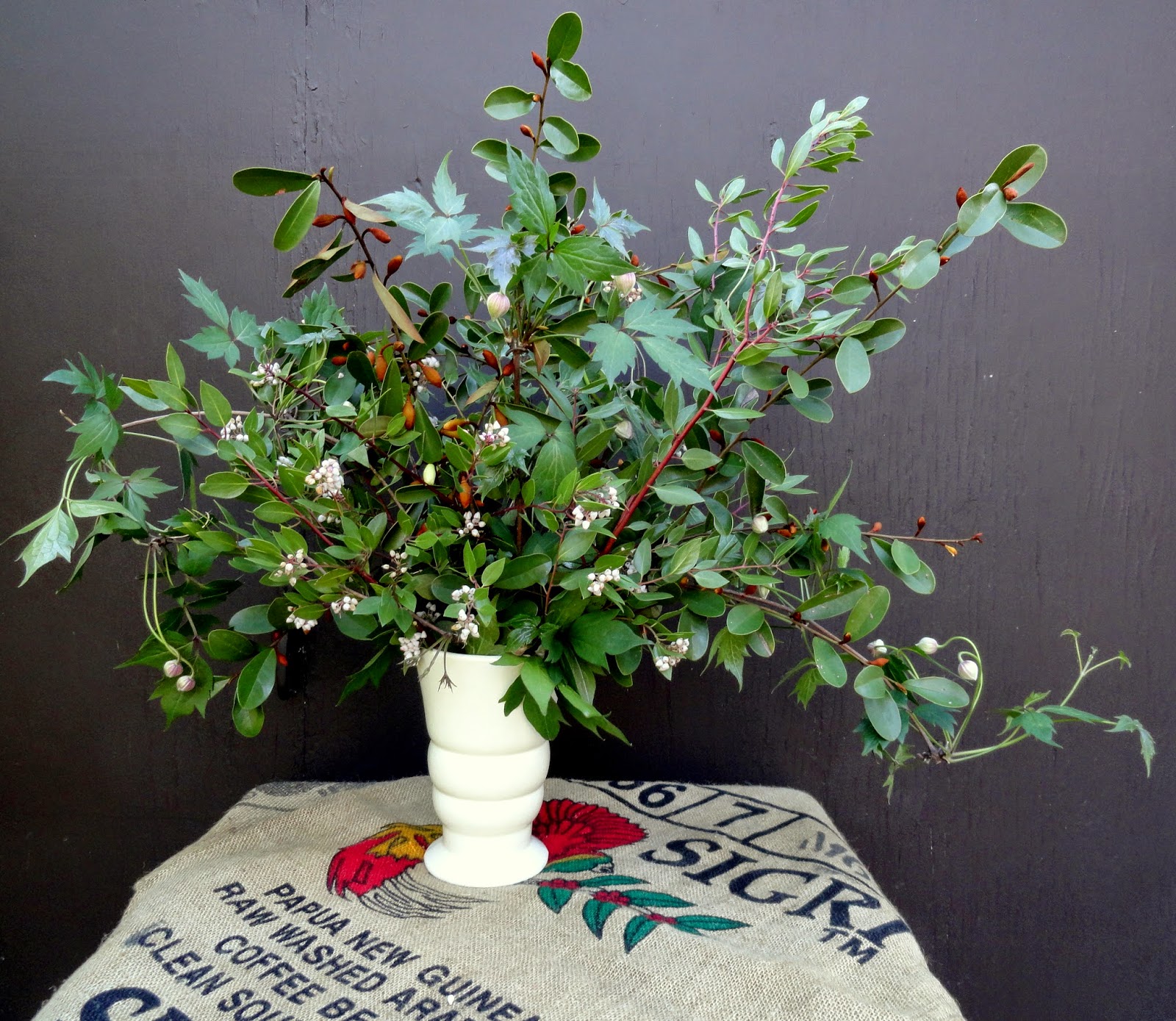 I pruned on the Arctostaphylos densiflora ‘Harmony’, then cut a few out of control clematis branches (attempting to rule over the bamboo). Looking at those stems I decided it was time to cut a few of the Magnolia laevifolia branches that were too low and laying on the ground. I'd been waiting until those soft brown buds were about to burst before I dared to do so. 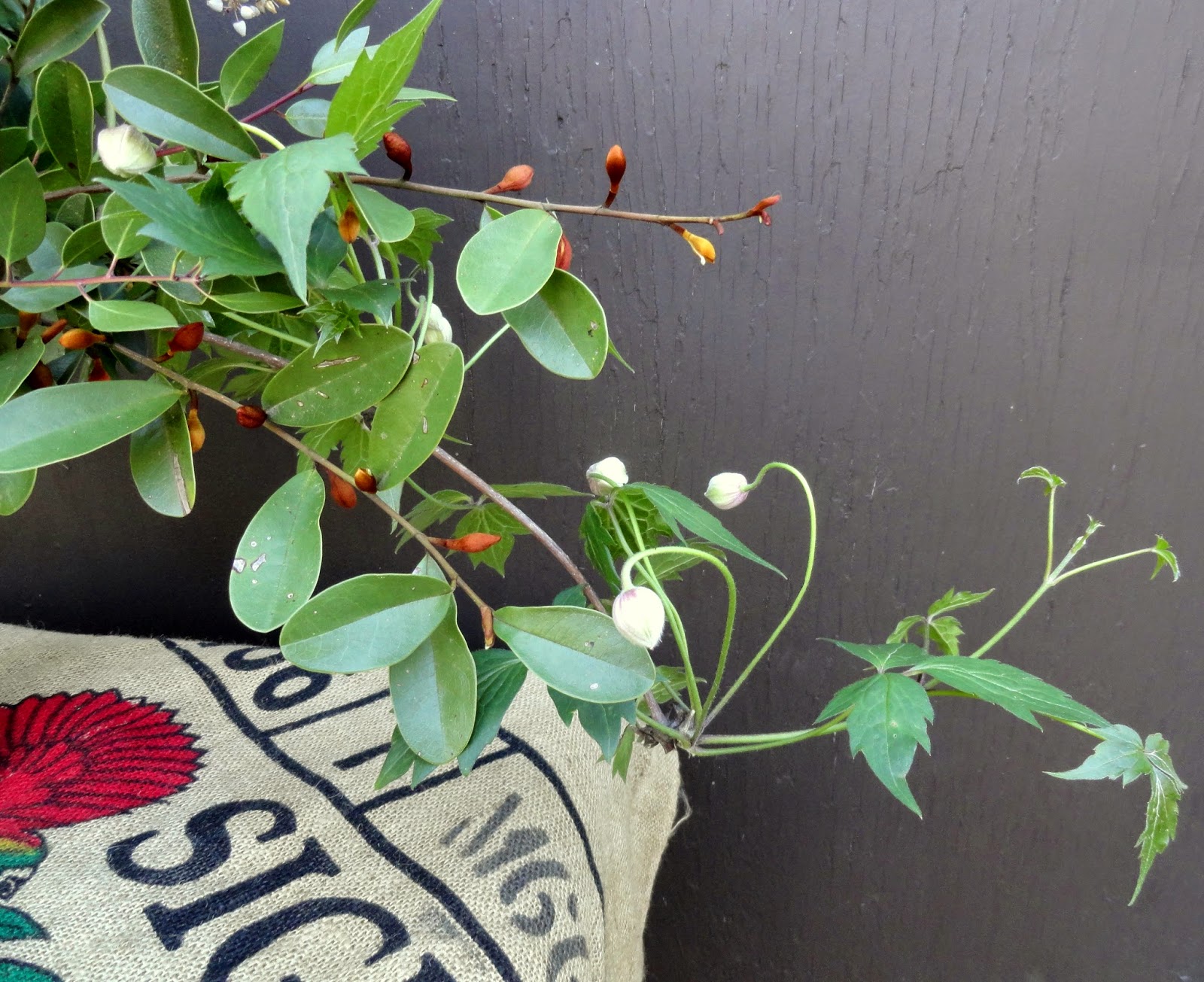 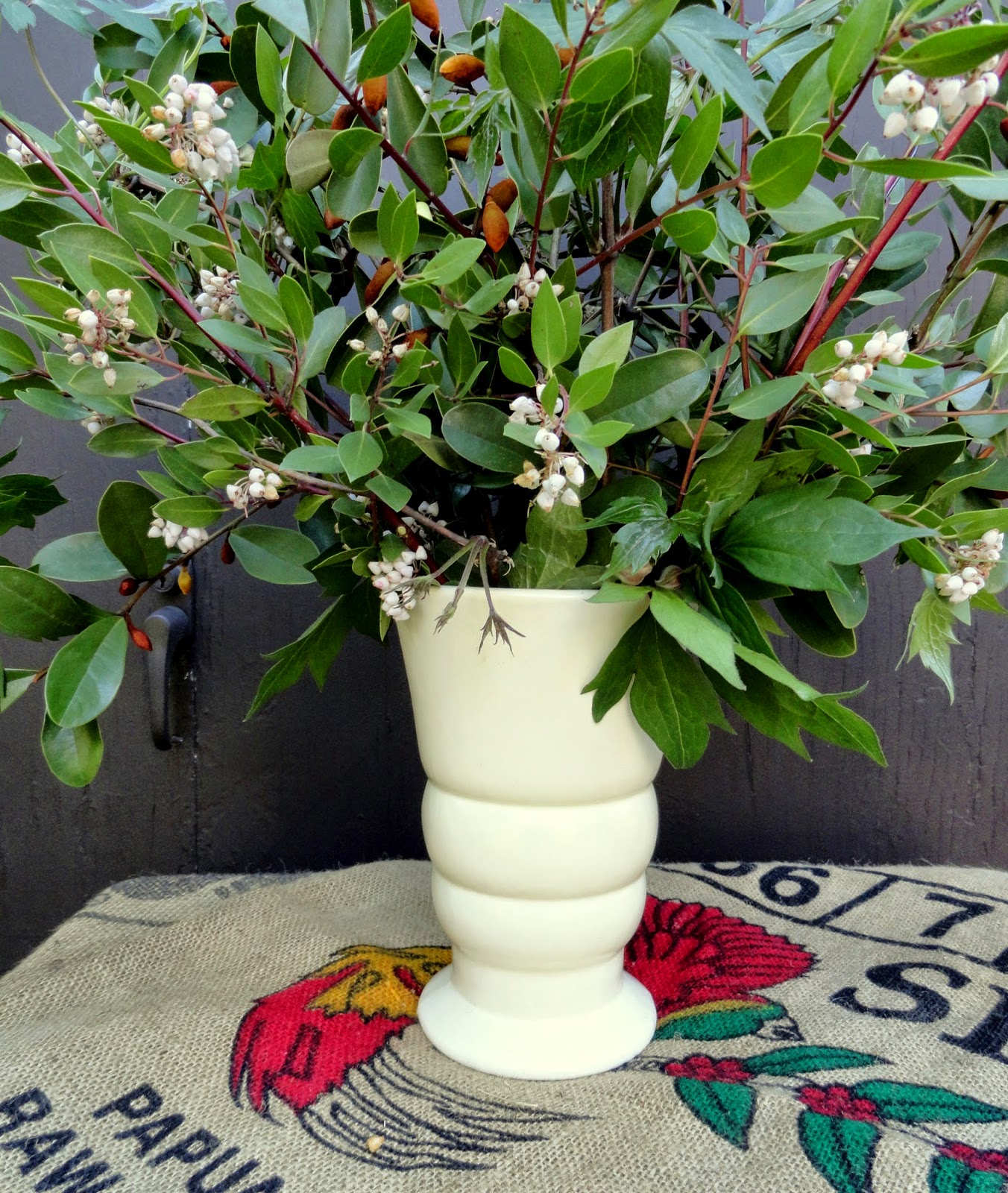 As it turns out clematis make great cut stems, they went briefly limp but are fine now. 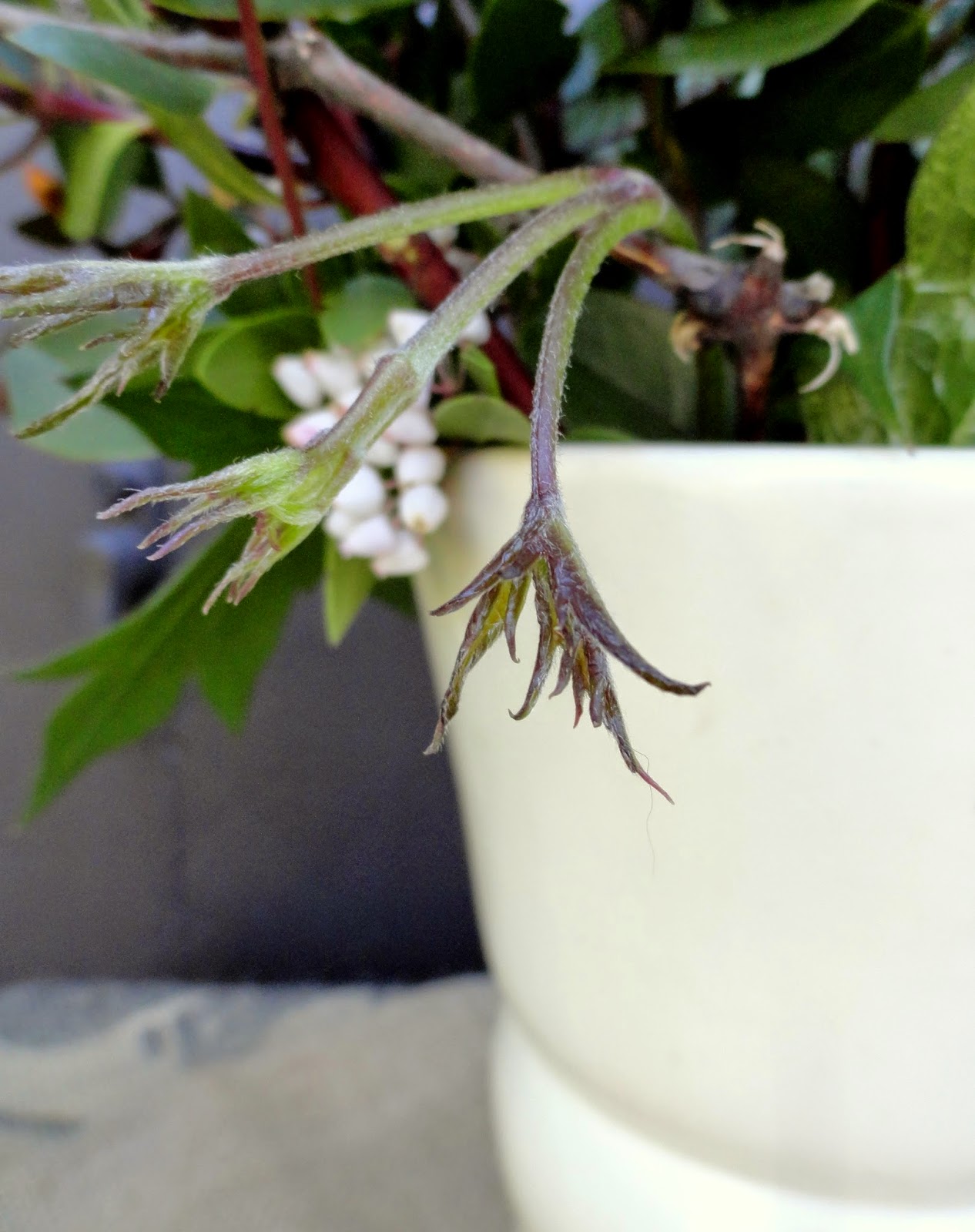 I'm counting on those flower buds to open. 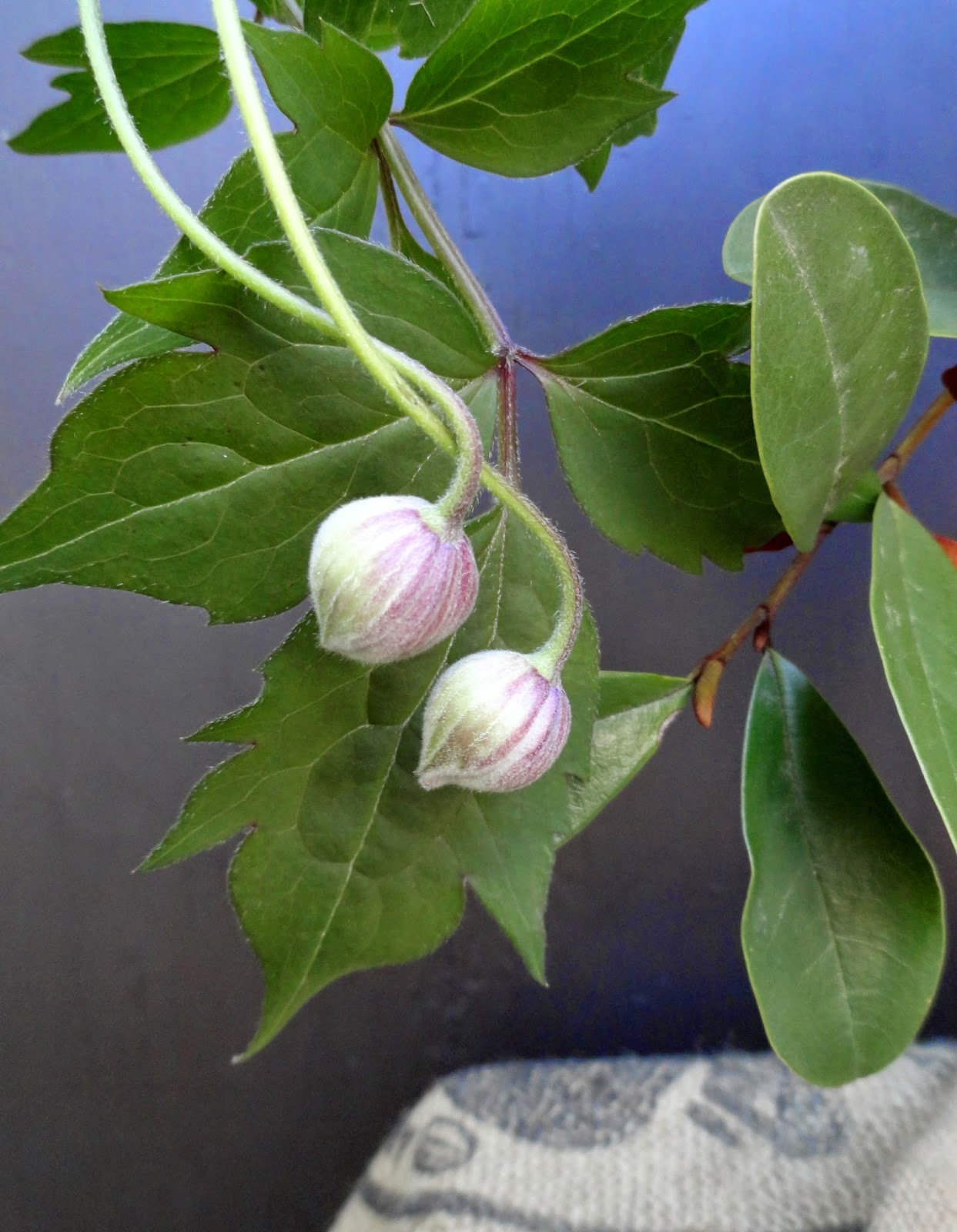 This was a fun exercise, but I'm not sure the "mash up" look is one I really enjoy. 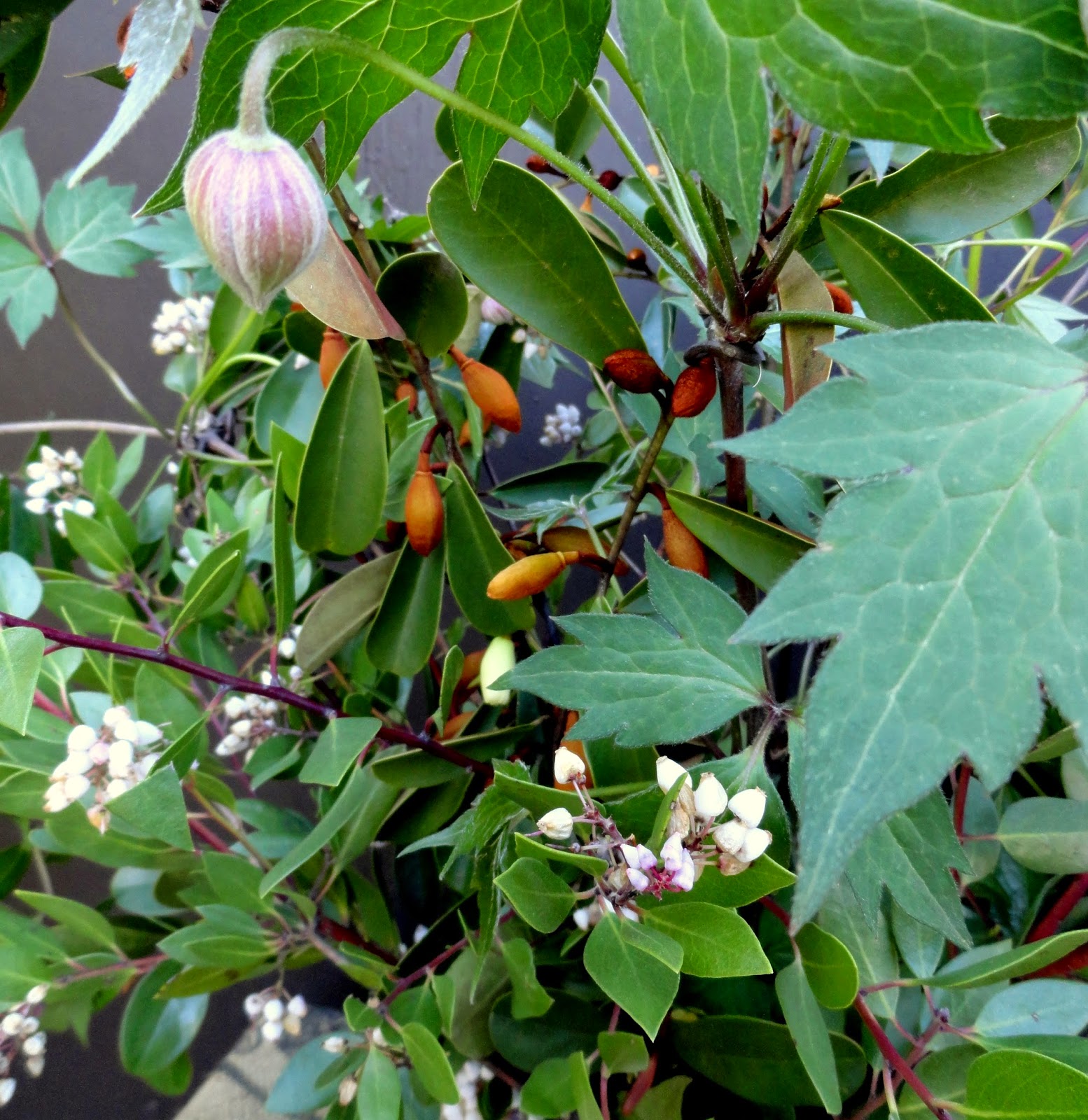 A single type of cut stem in vase is much easier to appreciate, for example here are a couple extra Arctostaphylos densiflora ‘Harmony’ branches on their own. 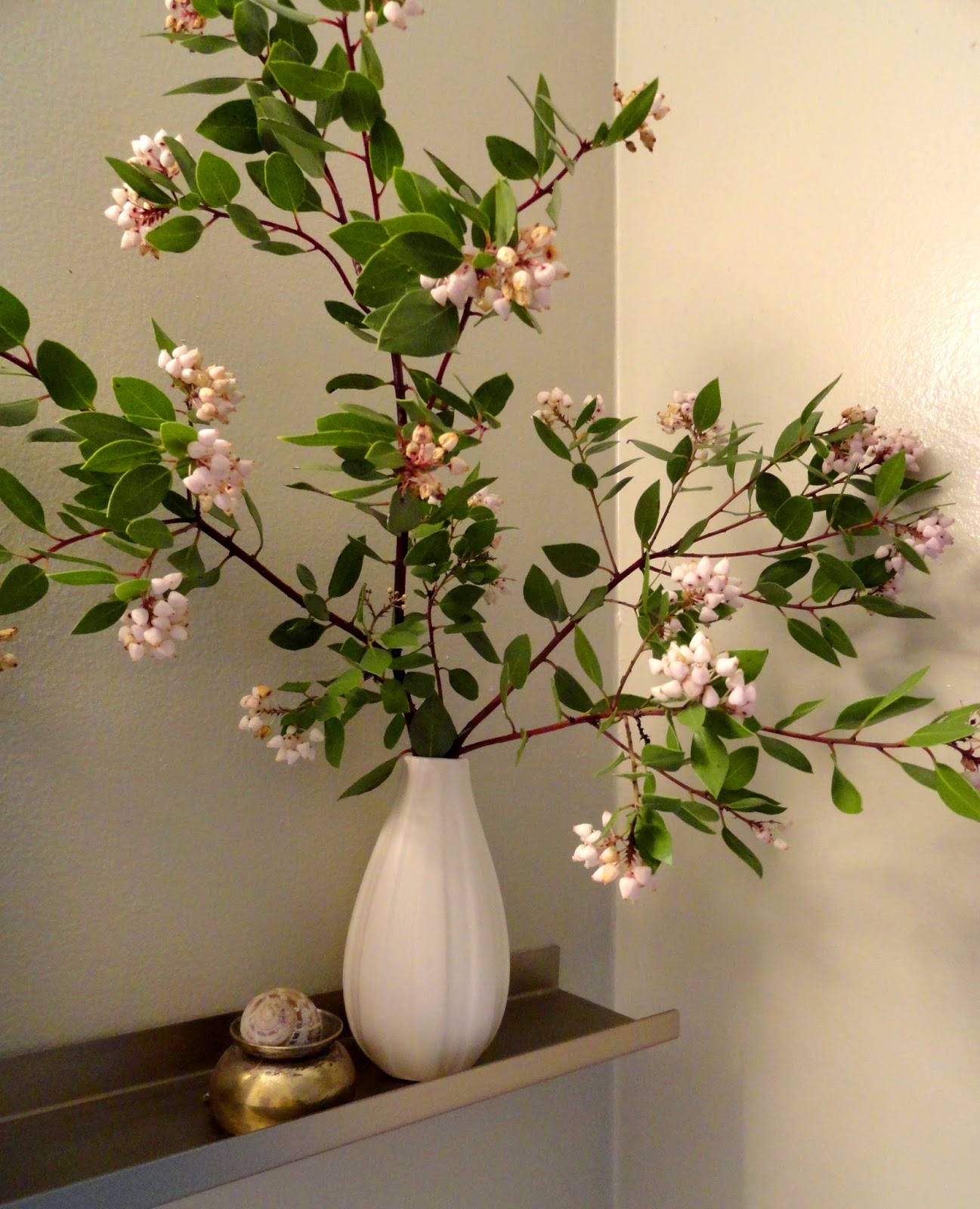 And I had to share this. There was another random branch on my Fatsia japonica that was calling out to be pruned. I finally did it, but (you know) I couldn't just toss it in the bin. Into the vase it went! 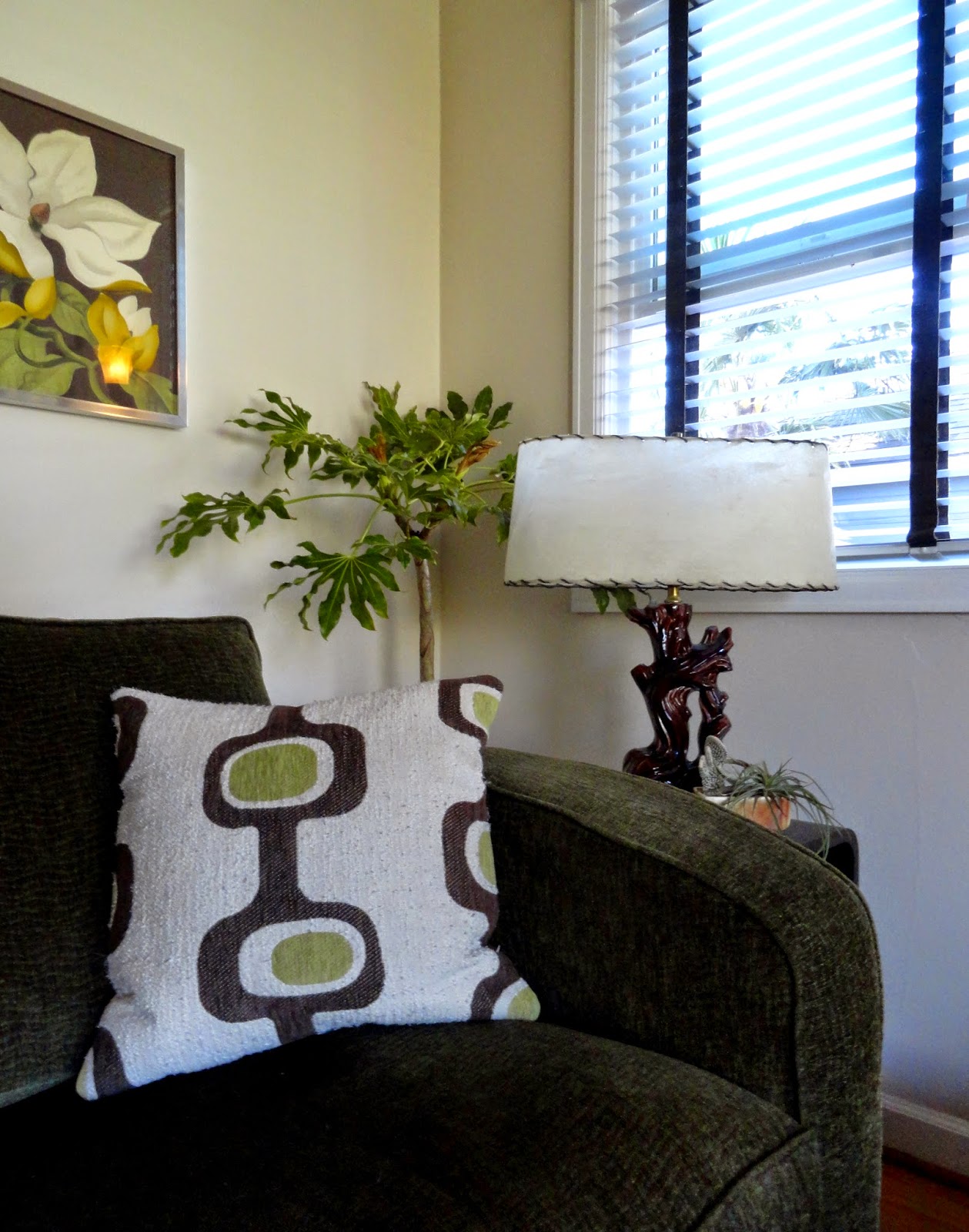 As is the custom I am joining up with Cathy at Rambling in the Garden. She started this vase-centered Monday blogging meme. One I enjoy but have rarely participated in. 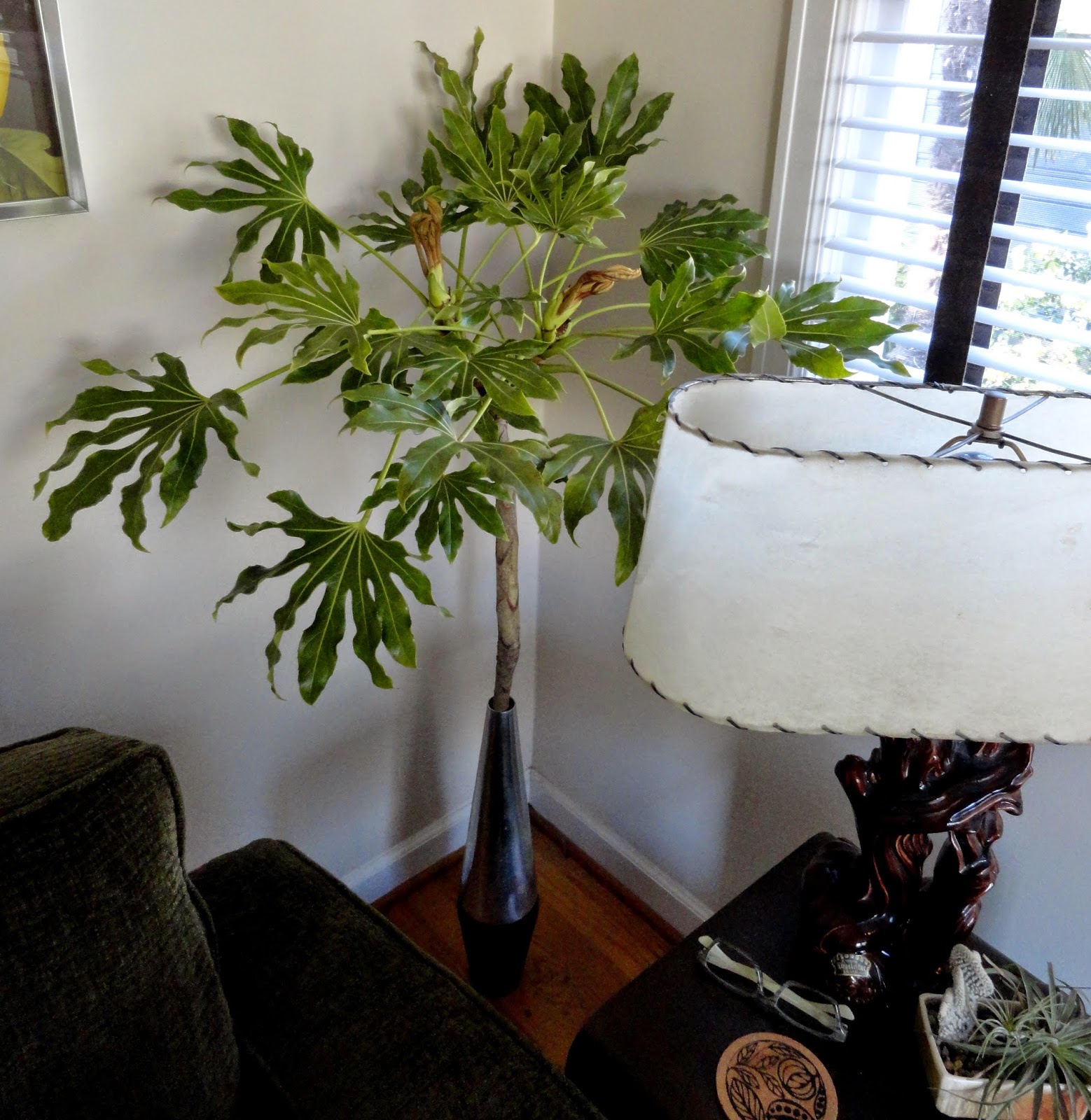