I can't predict these things, sometimes the urge hits and I just have to go with it... 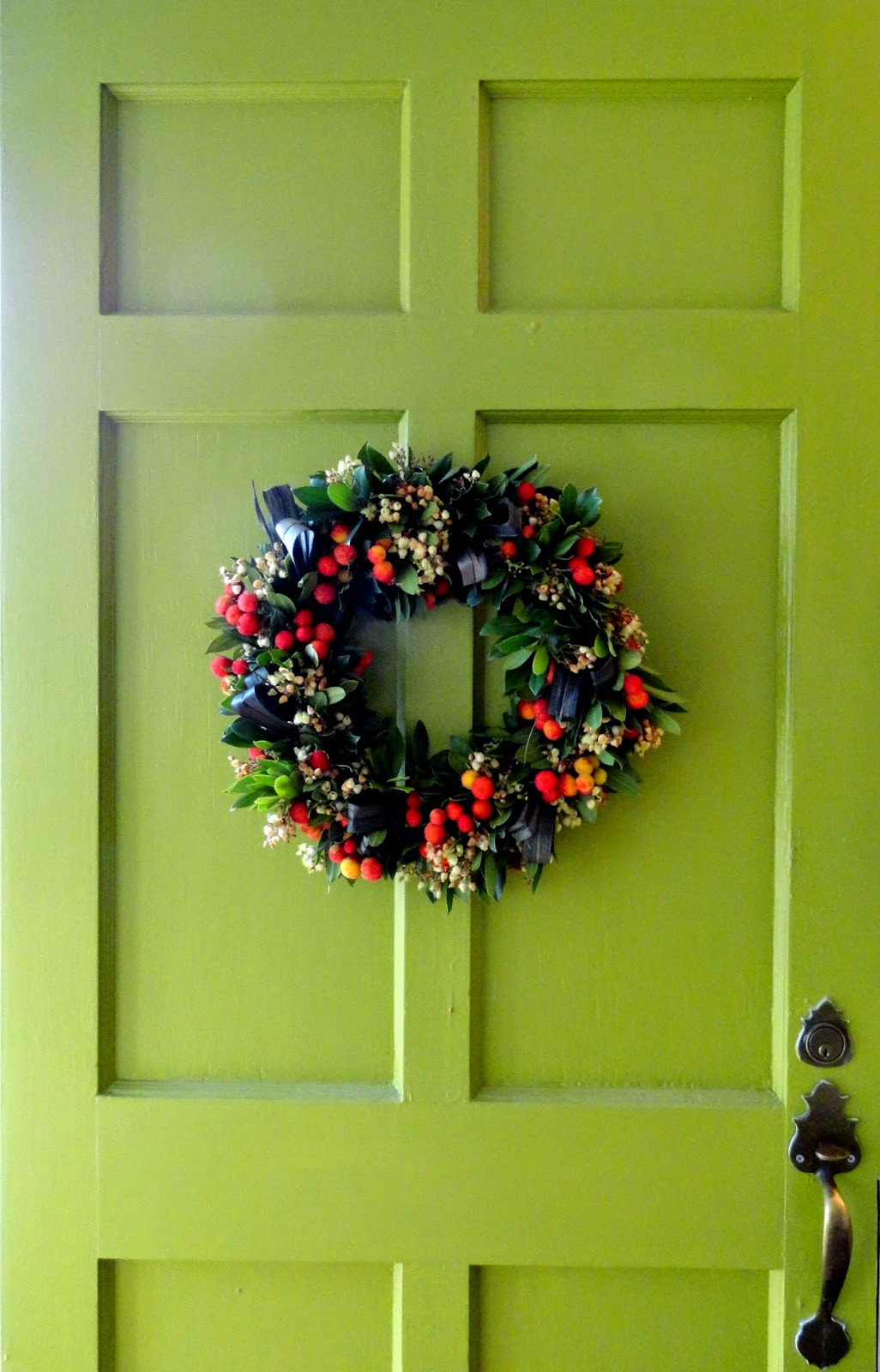 Early in November I put together this arrangement in answer to the "In a Vase on Monday" internet meme (and wrote about it over on the plant lust blog)... 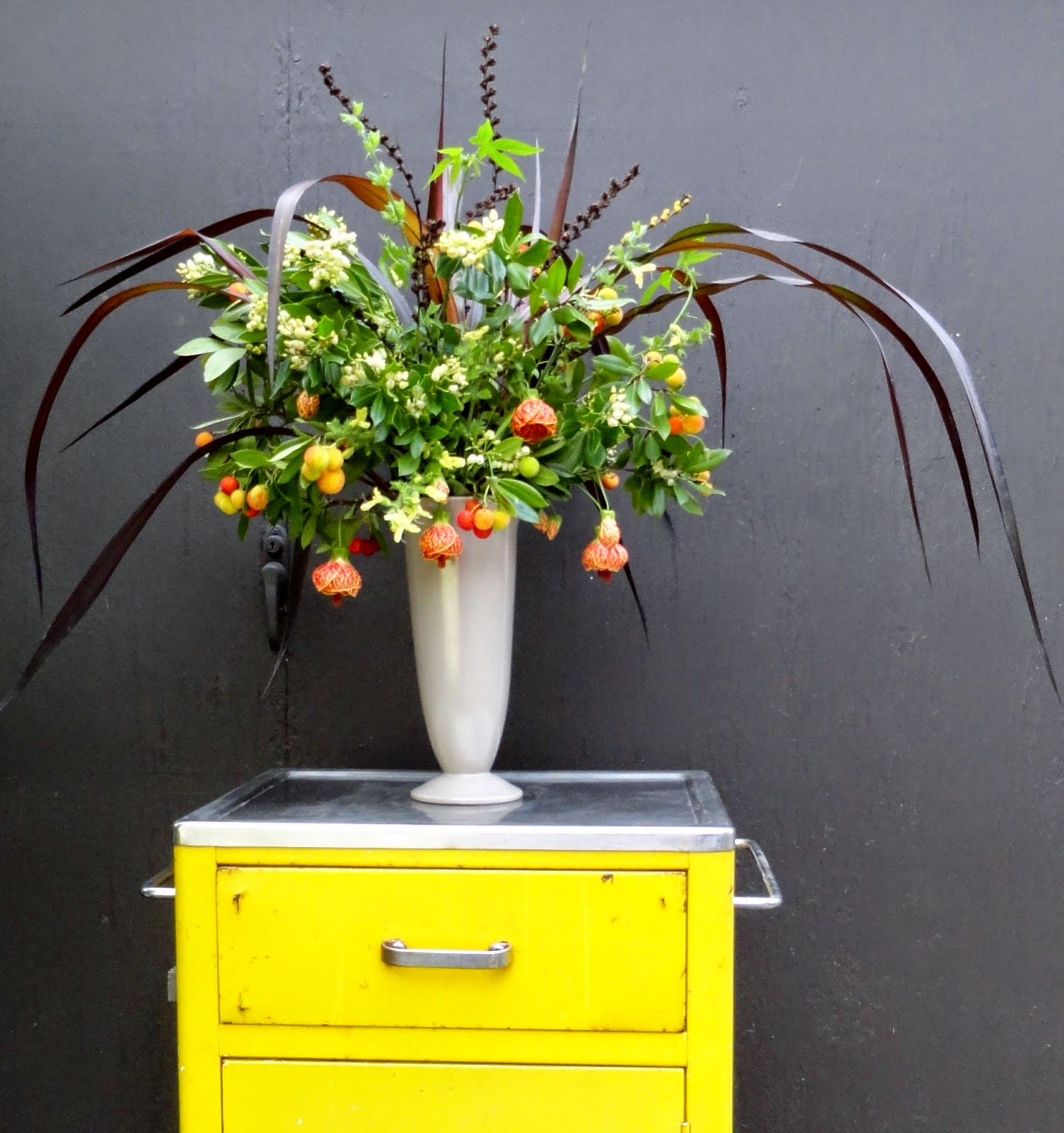 This neighborhood tree, an Arbutus unedo, provided a key element of that creation and to be honest I was still quite smitten with those yellow and orange fruits. 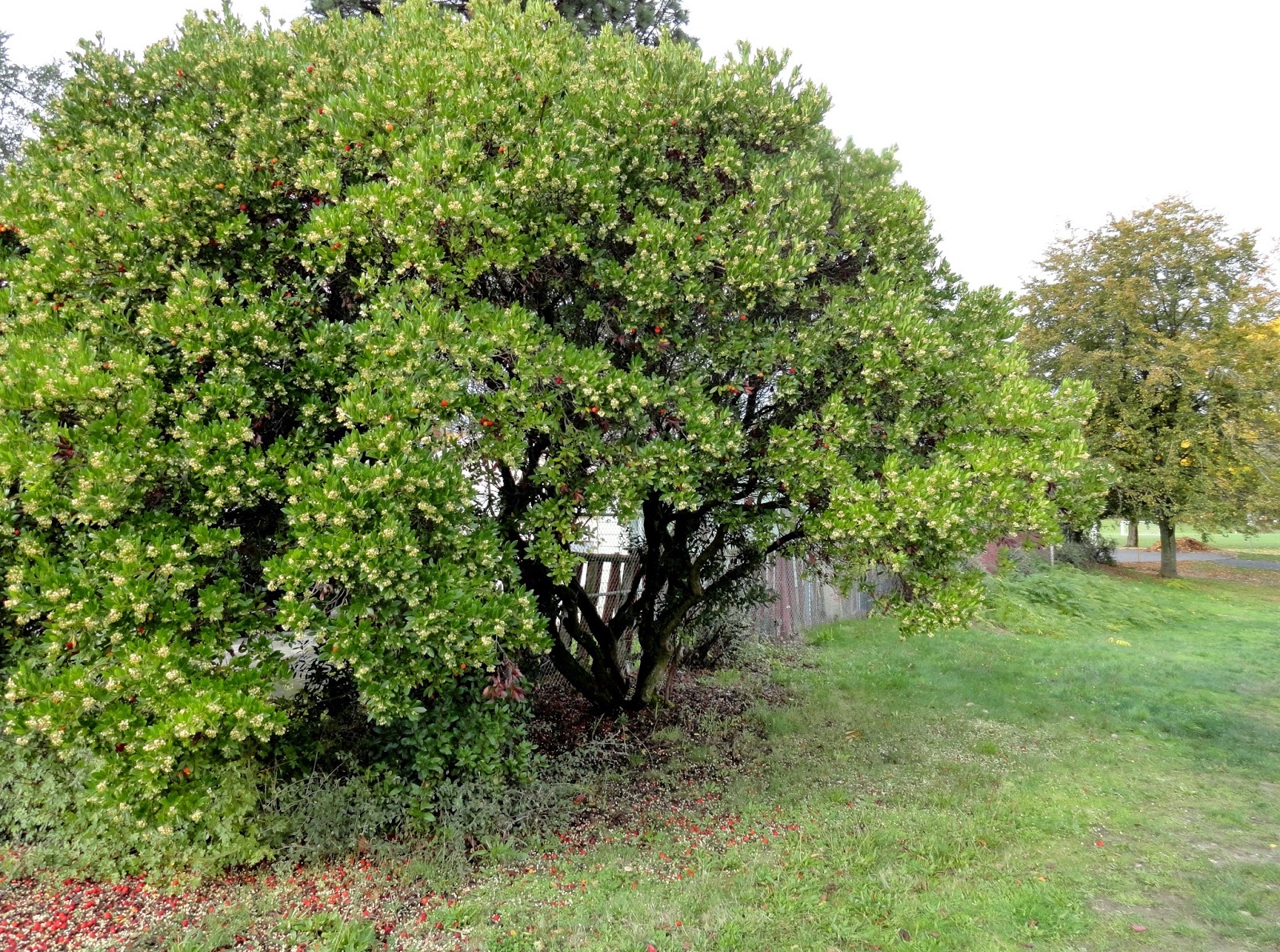 So when I spotted a few simple wreath frames on a trip to Portland Nursery, well, I knew what I'd be doing next. 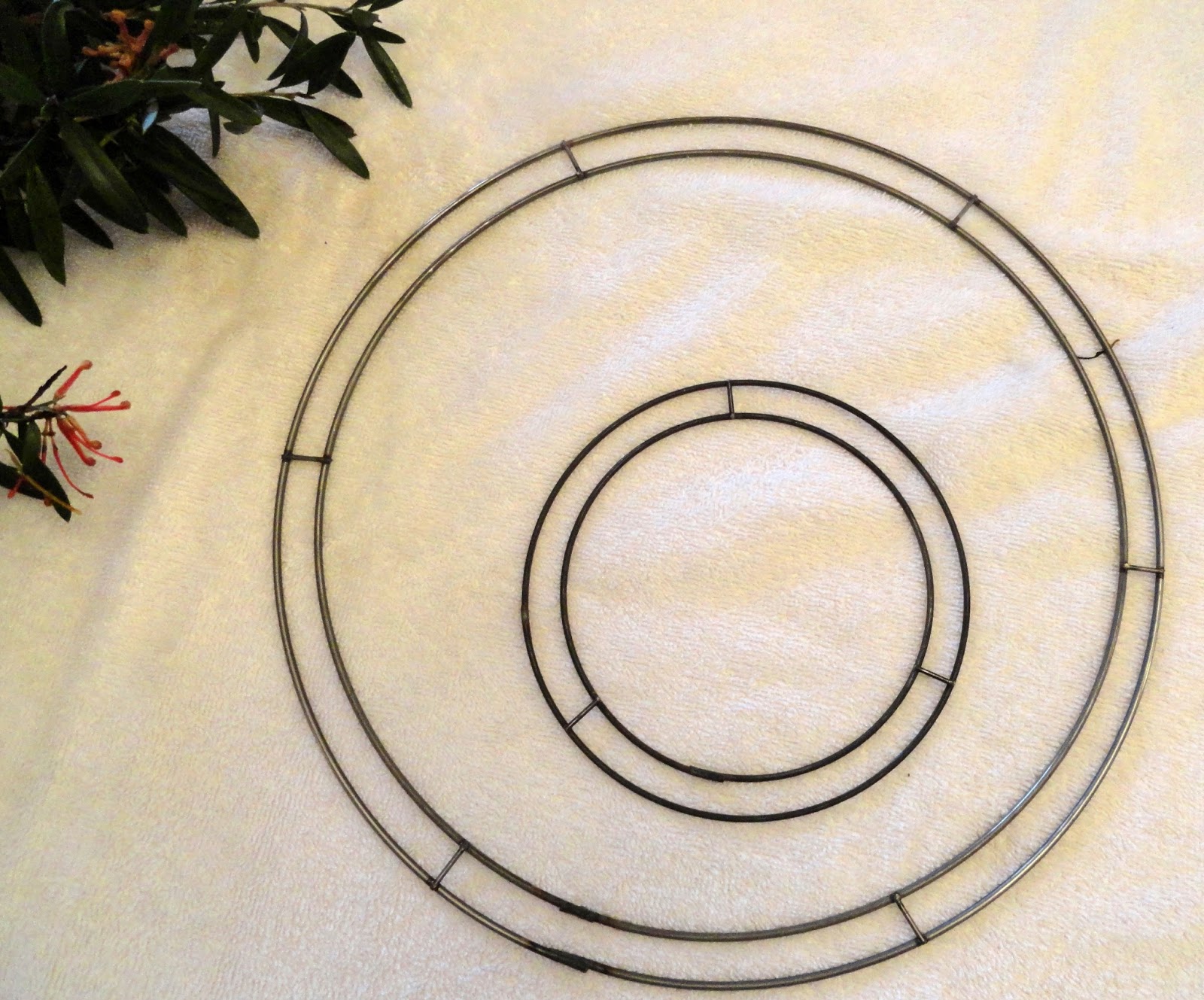 I started out by making small bundles and using thin wire wrapping the stems together. 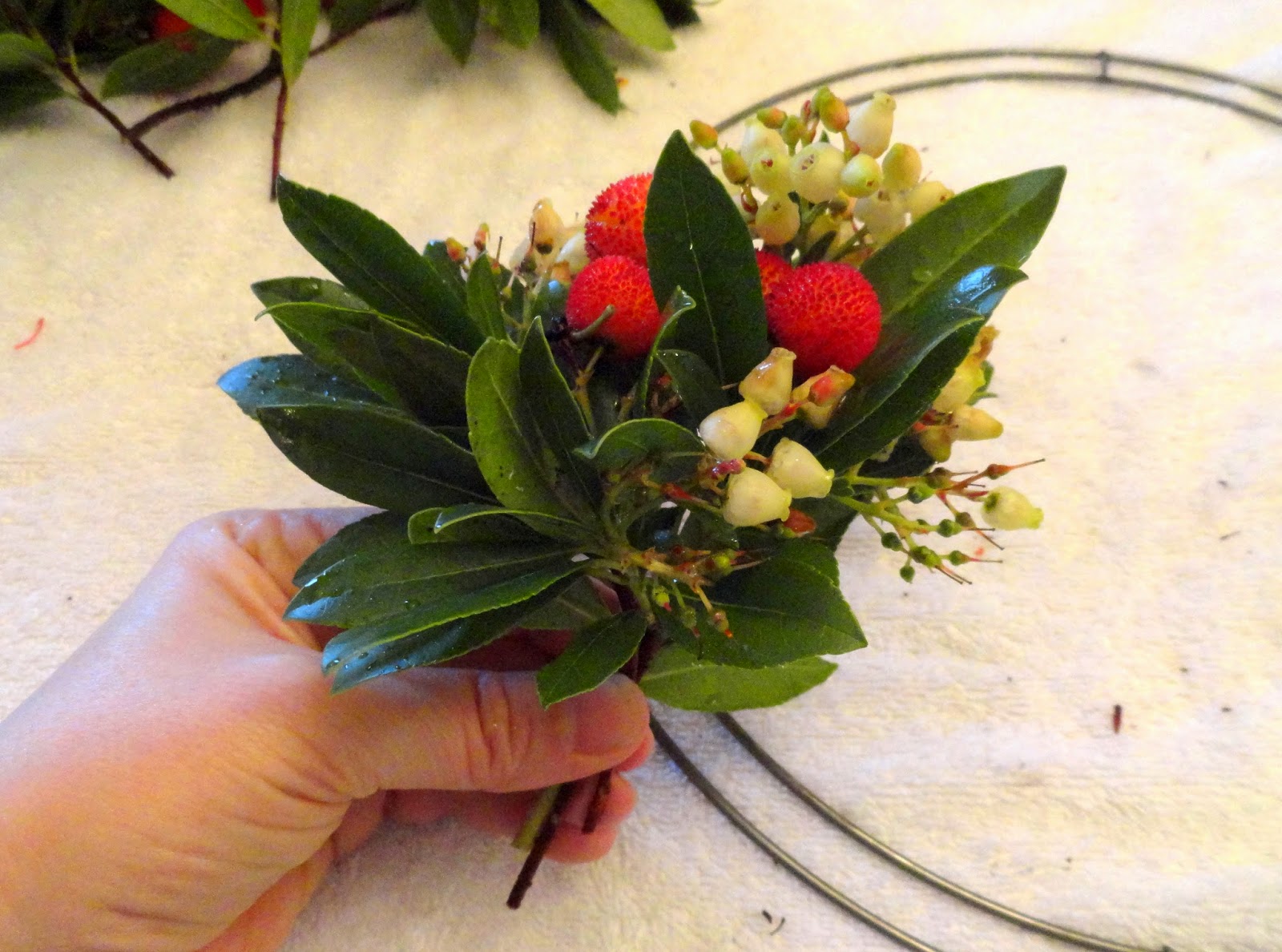 Being careful to avoid including things like this. That's an element best left outdoors. 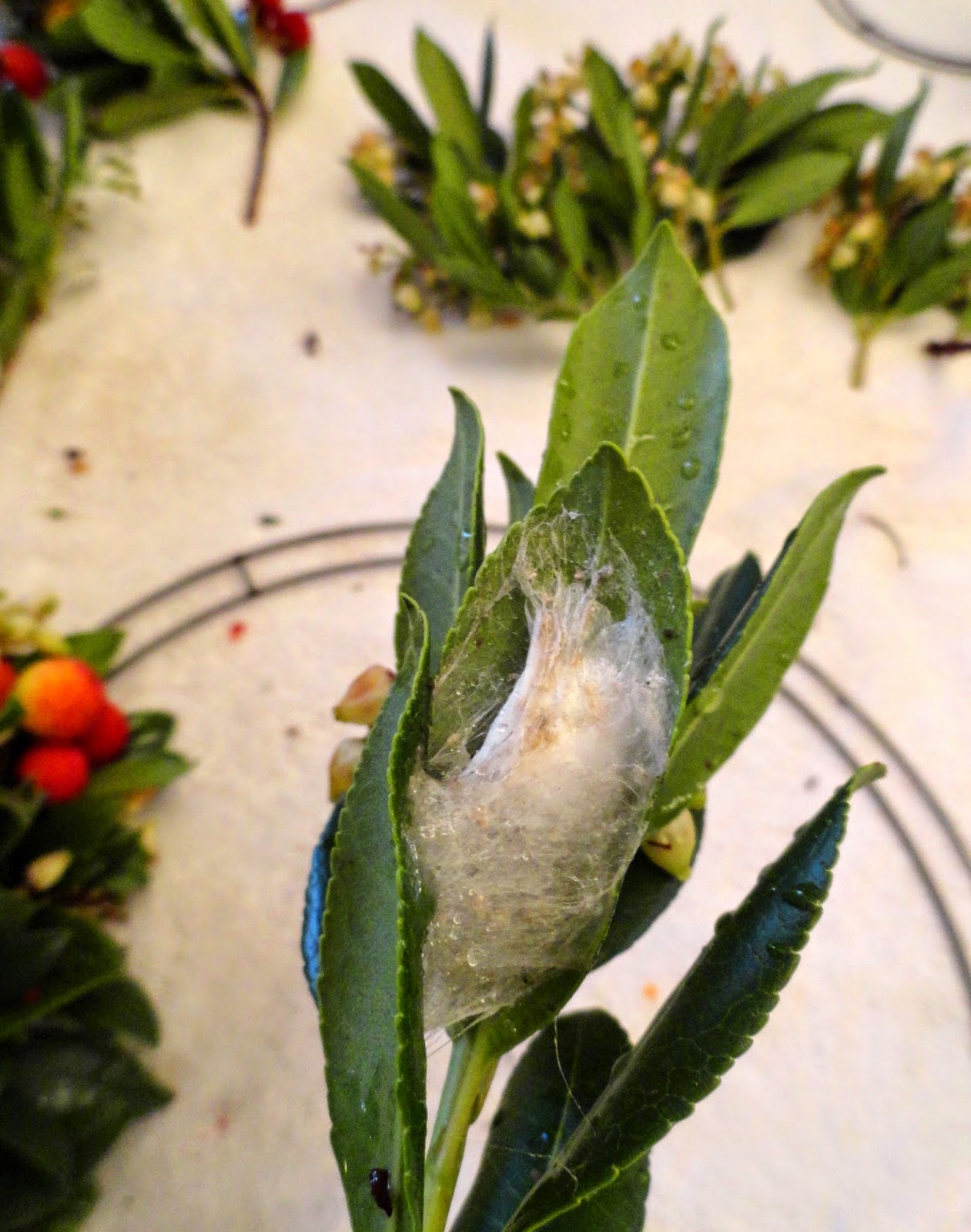 The dark strappy blades of Pennisetum purpureum ‘Vertigo’ are a little less dark than when they were included in the vase (bleached by frosty temperatures) but I still wanted to include them for texture. 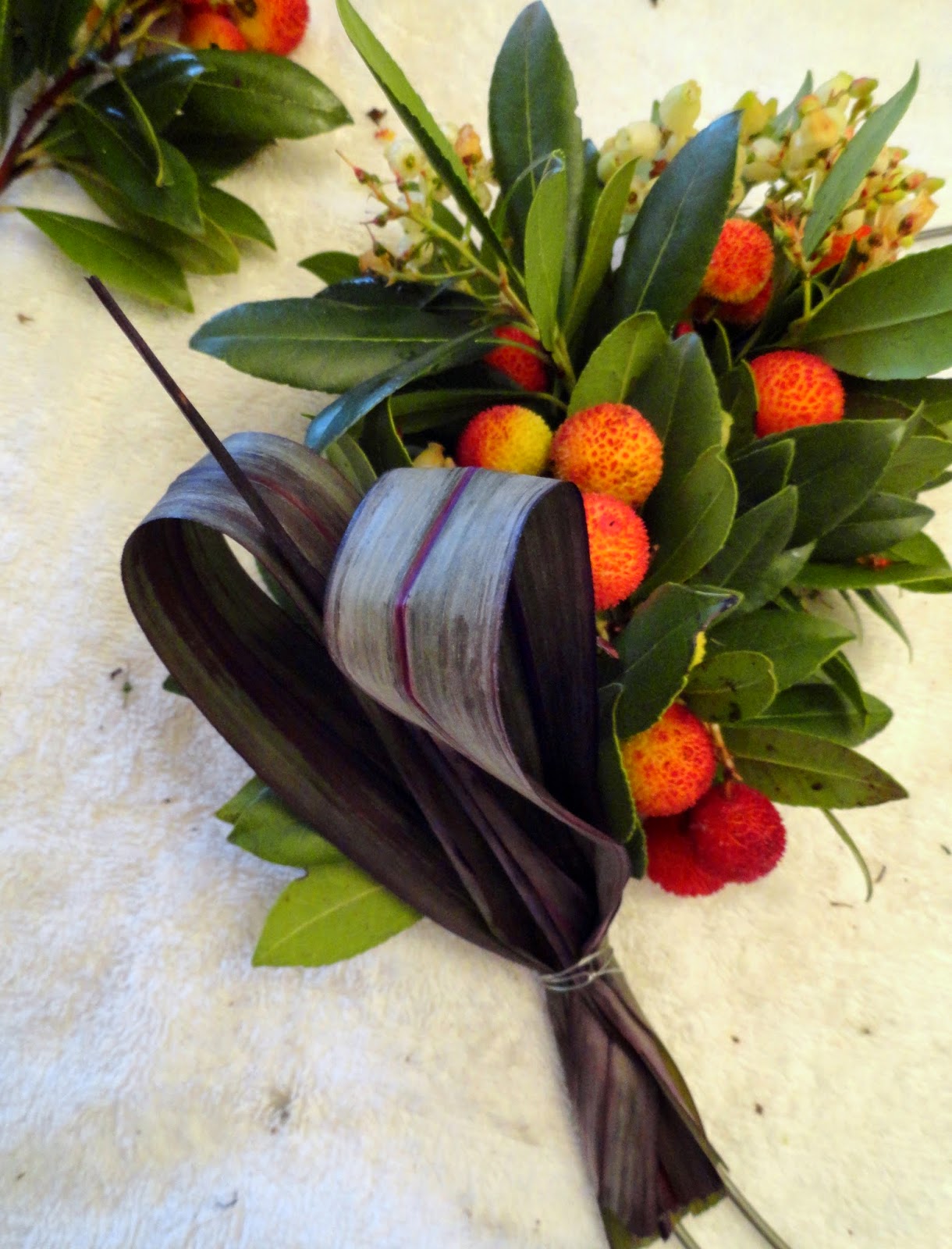 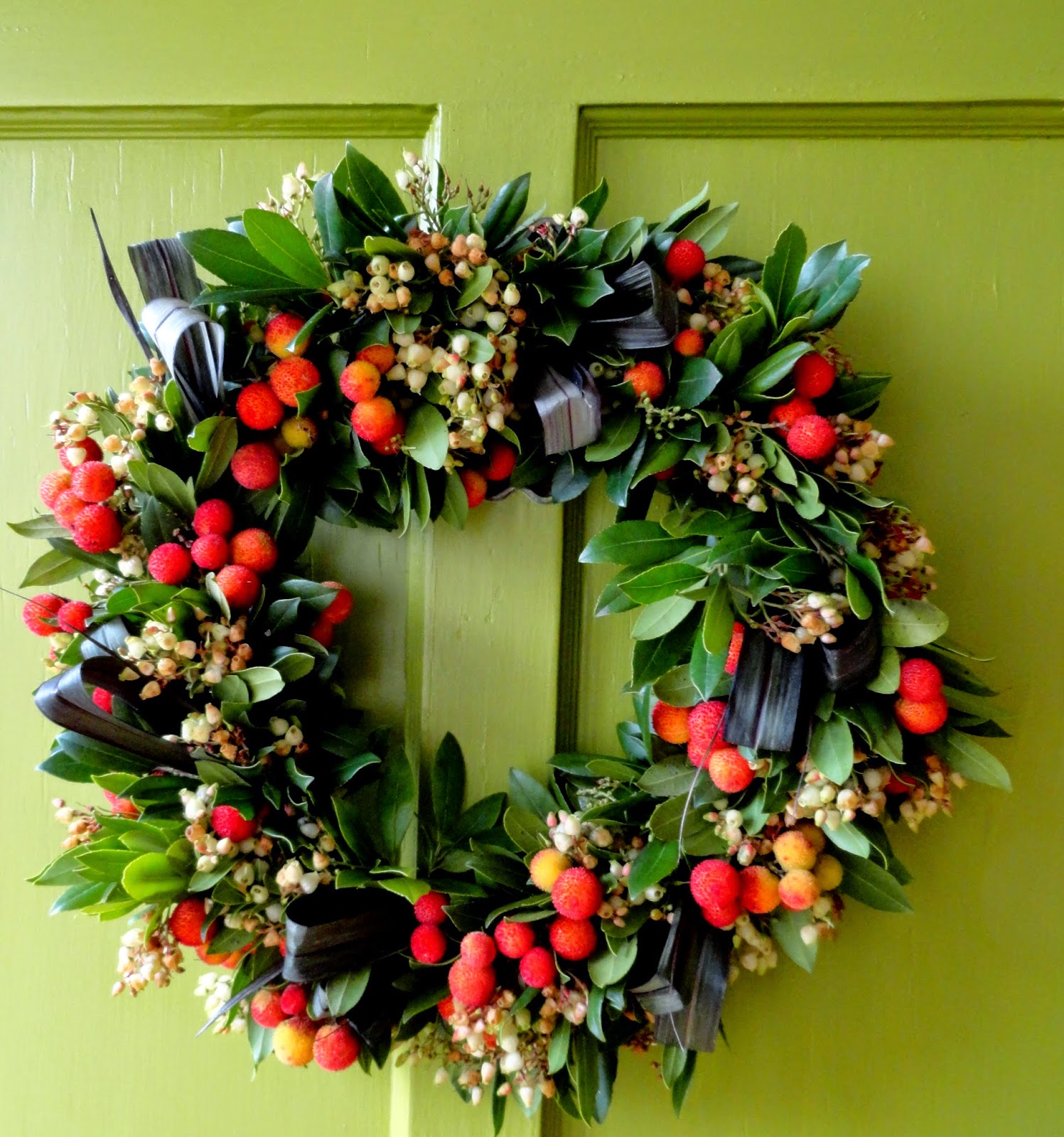 I did this project on Sunday, November 23rd, hoping it would still look fresh on Thanksgiving and it did. In fact today, a full week + later it still looks good. 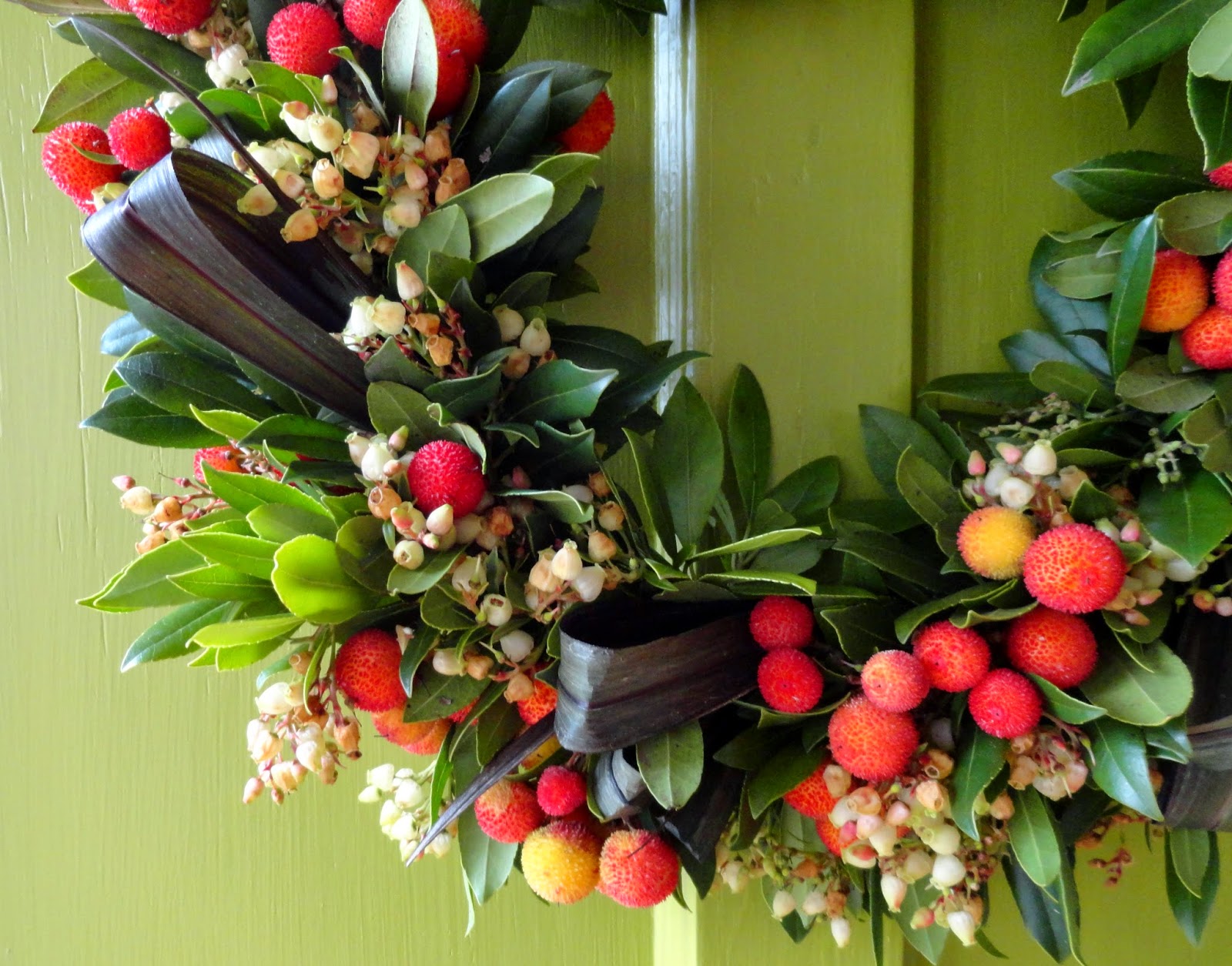 Only a couple of fruits have fallen, and in case you're wondering they are edible. Unedo translates to "I eat only one" and so far Lila hasn't been tempted to do even that. 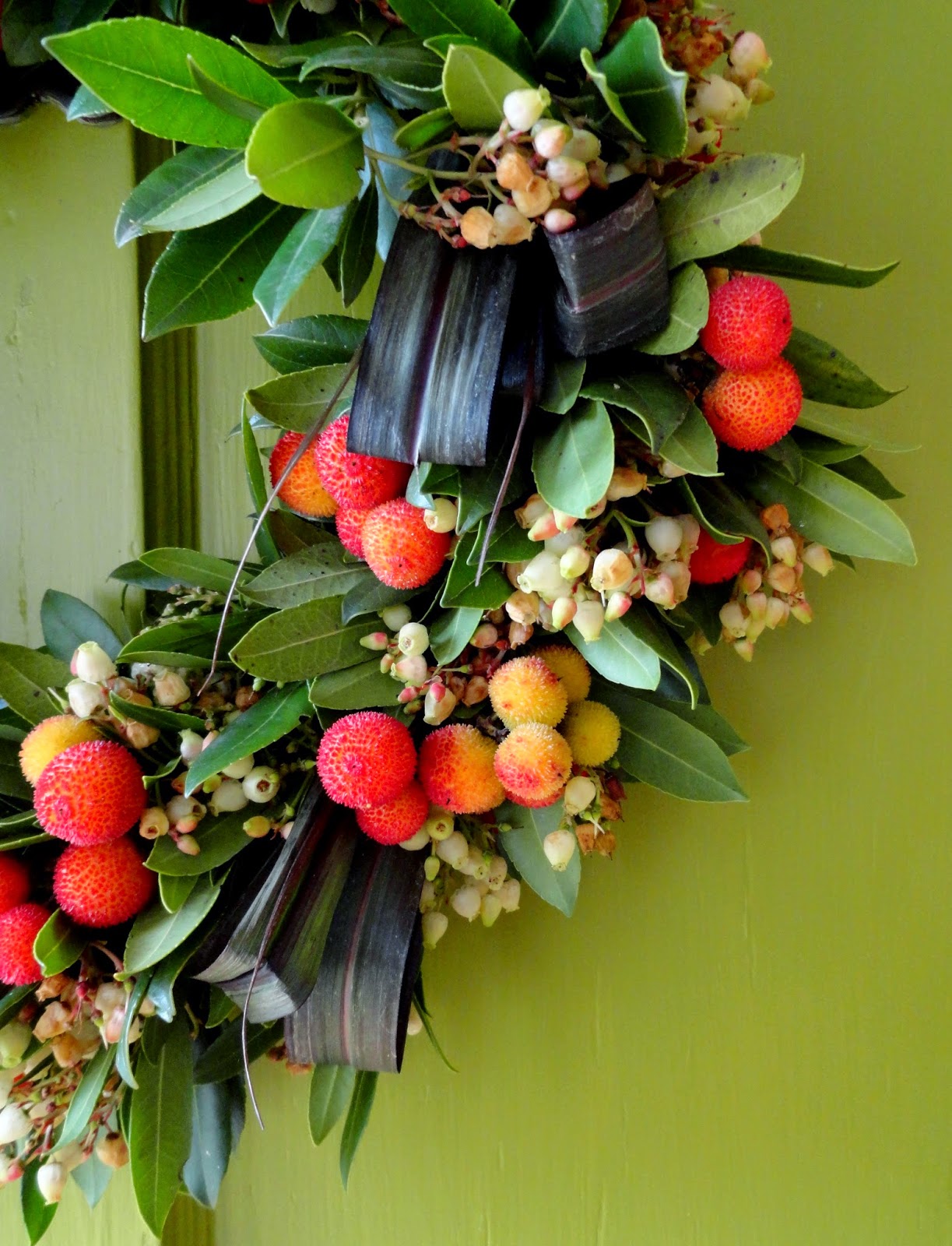 When I went to forage for the arbutus branches I remembered this shrubby blob and stopped to cut a few of it's branches too. 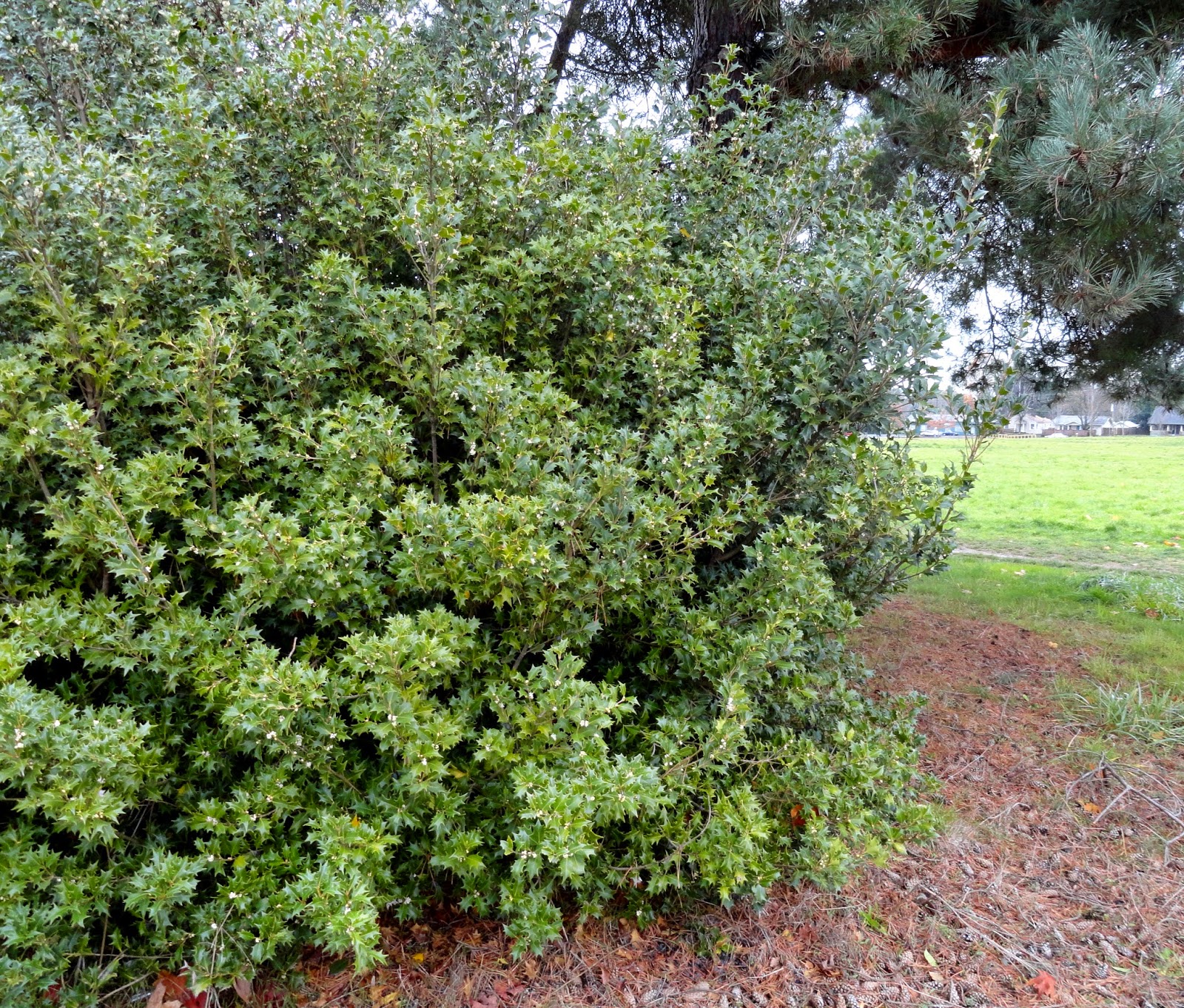 Although I have to admit I'm not sure what it is. An ilex? An osmanthus? There were so few berries I wasn't able to get any of them. 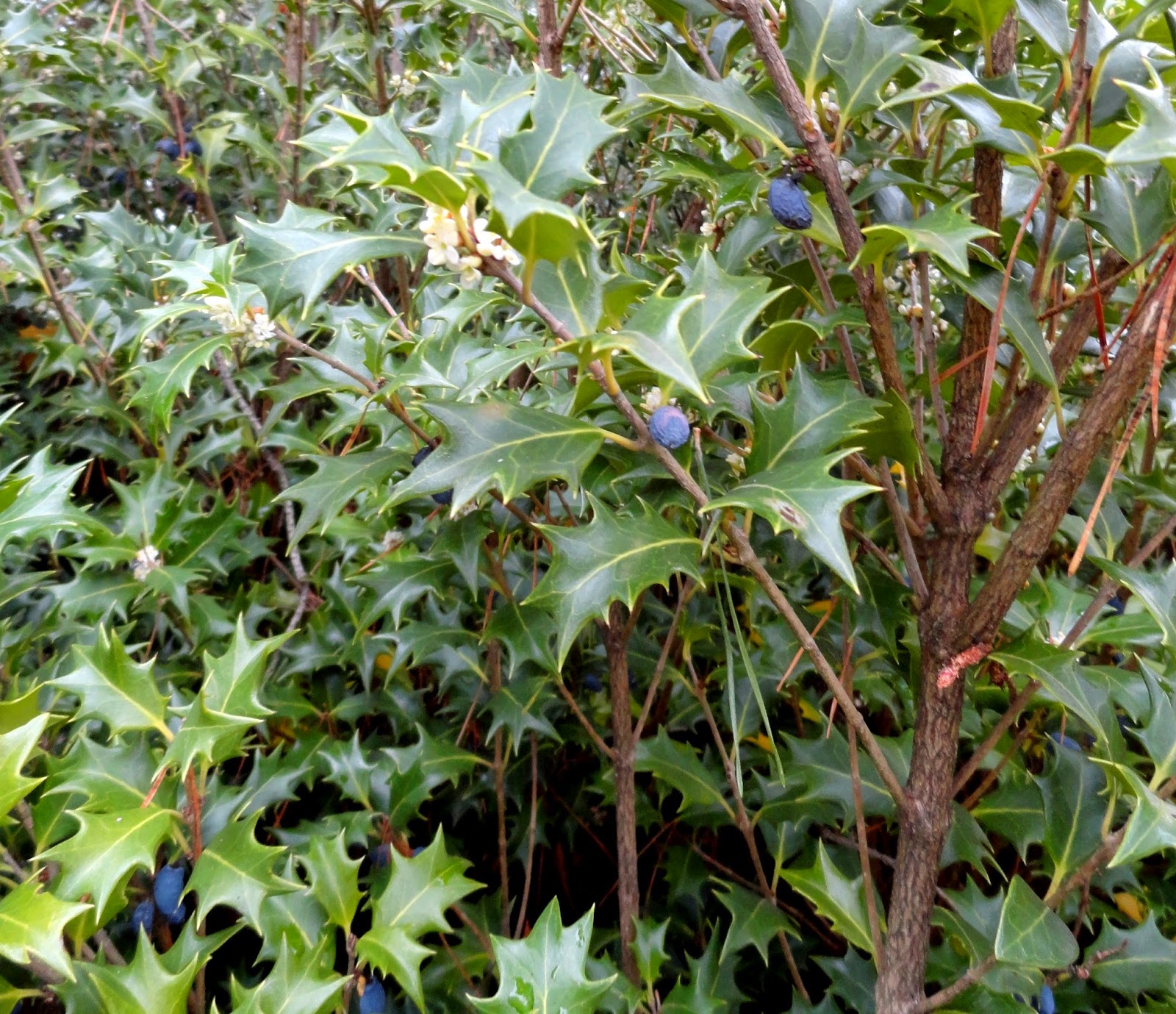 And the small flowers mostly fell off while I was working with them. 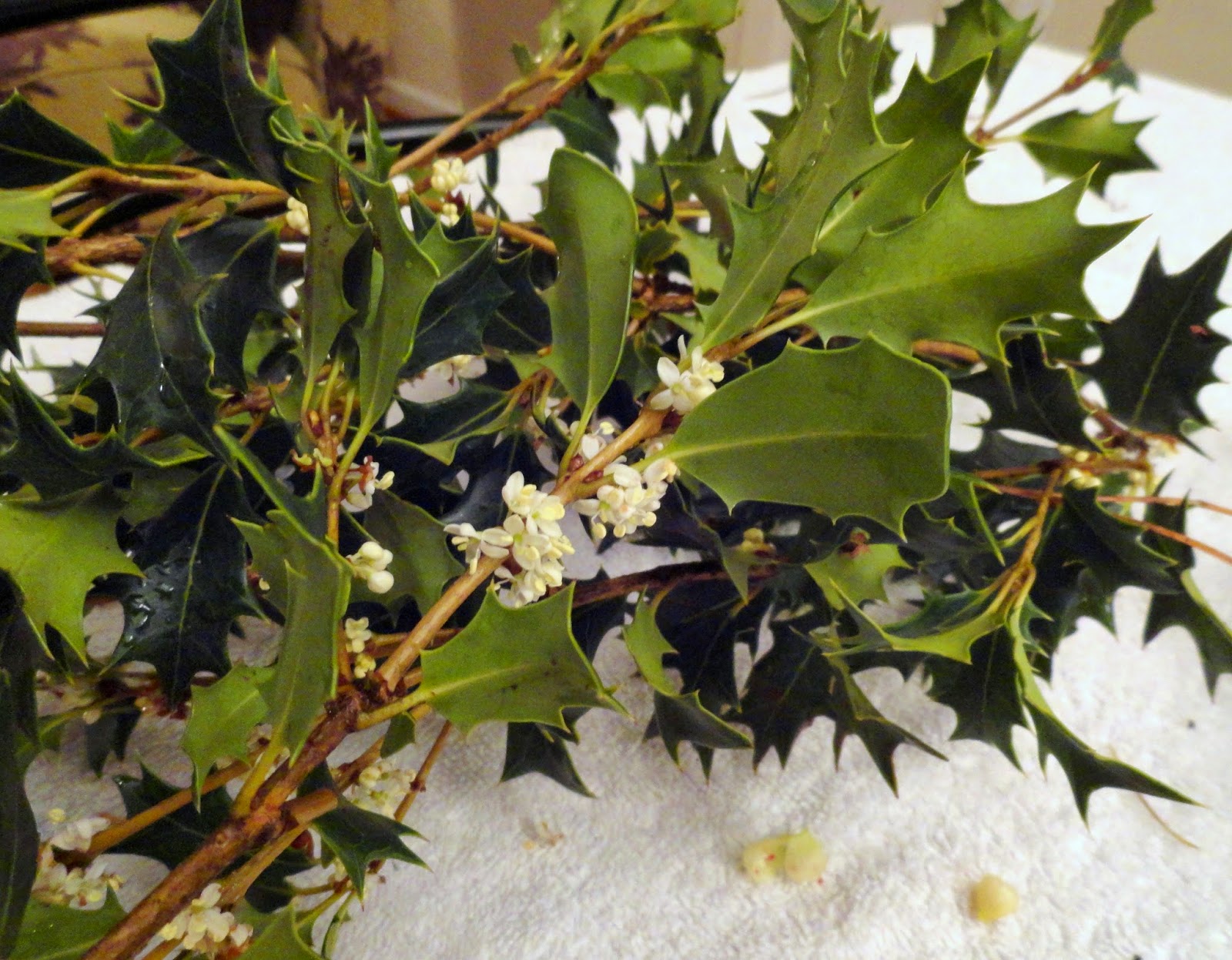 The finished wreath needed something more so I tucked in some craspedia. 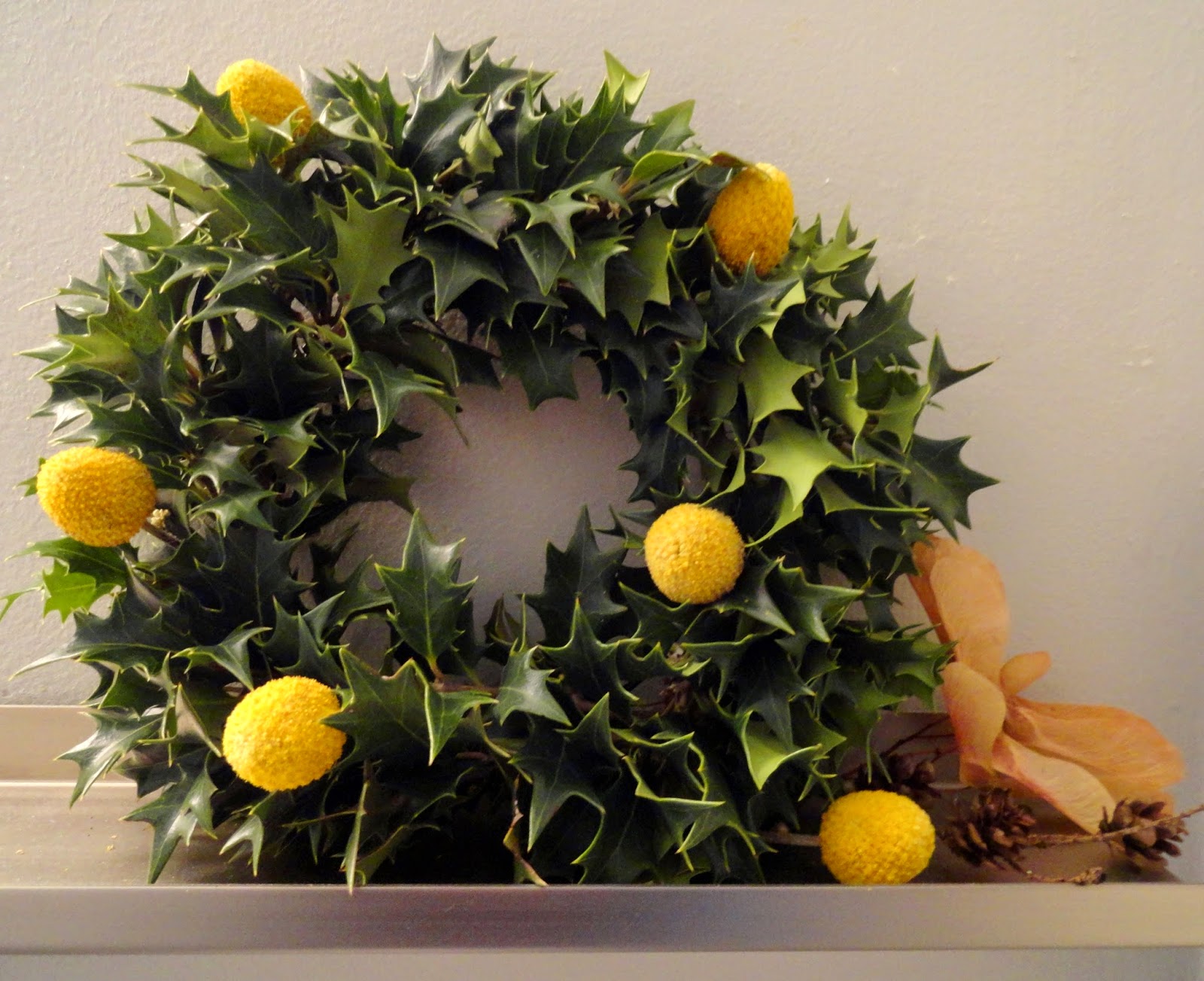 This one sits on a shelf in our bathroom. 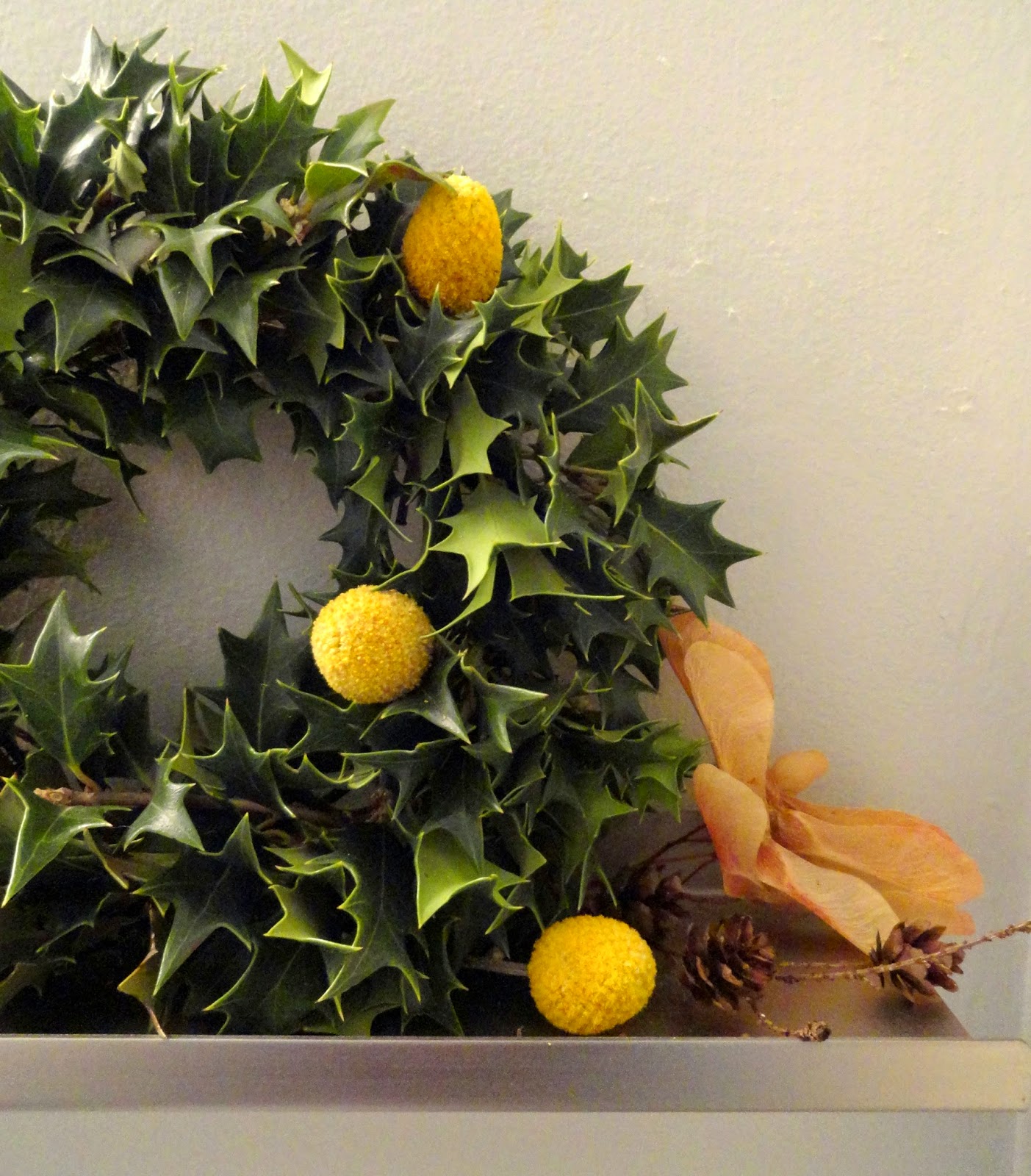 There is one more wreath I plan to make, but haven't yet had time. It's inspired by this arrangement and includes black mondo grass... 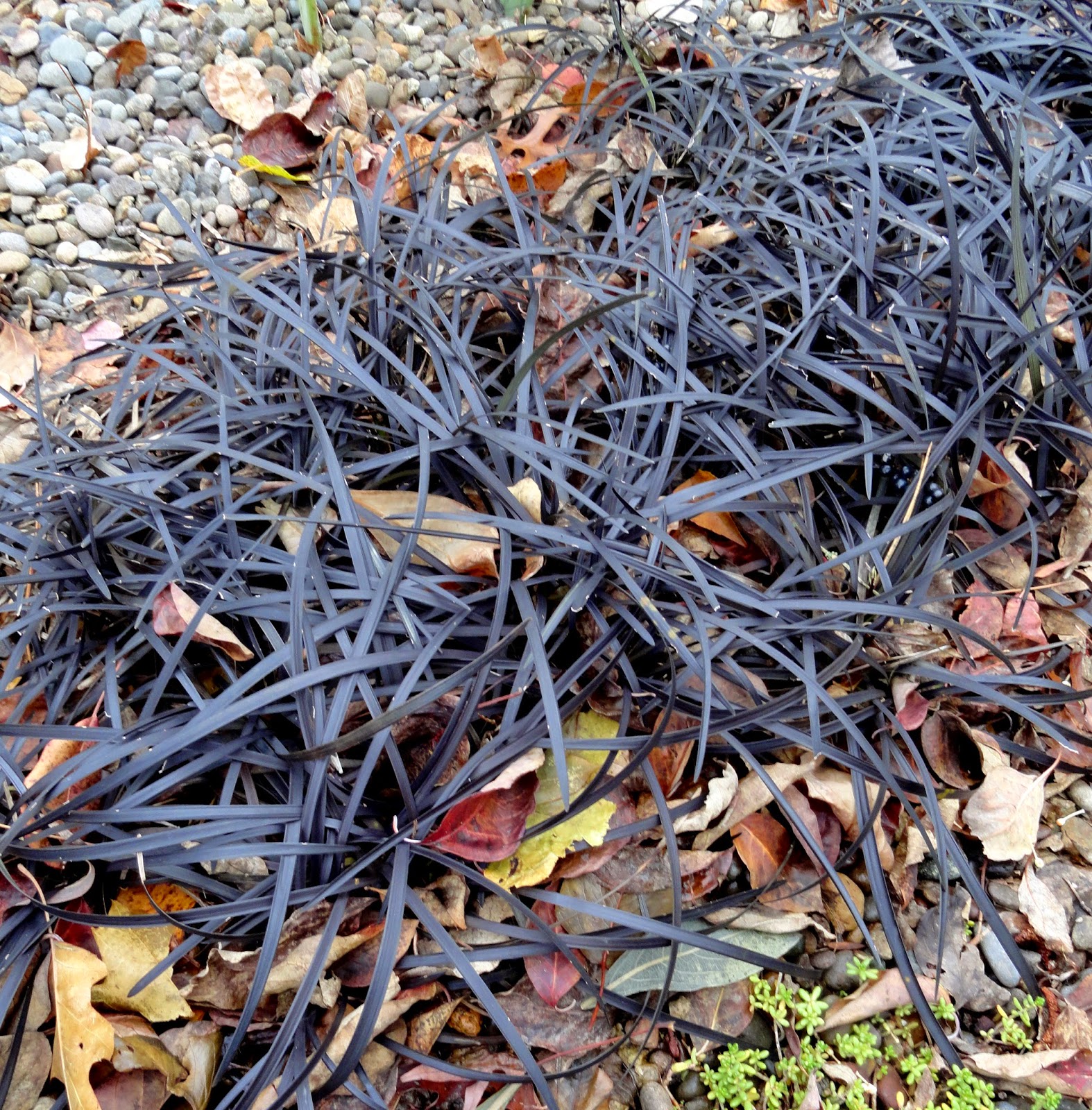 And the blooms of the Fatsia japonica. This combination, rather austere and without color, seems perfect for the long, dark, month of January. I think I'll make it then. 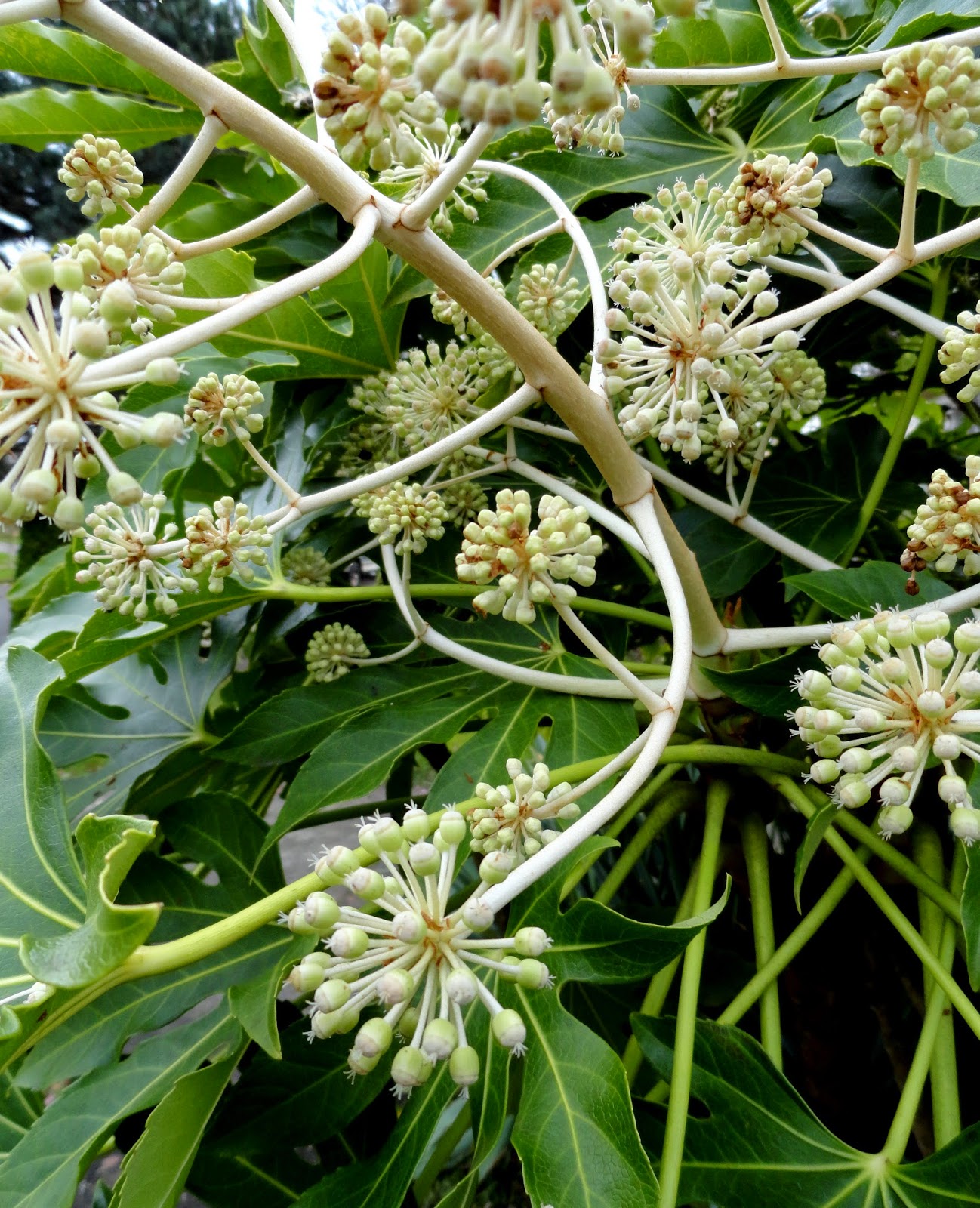 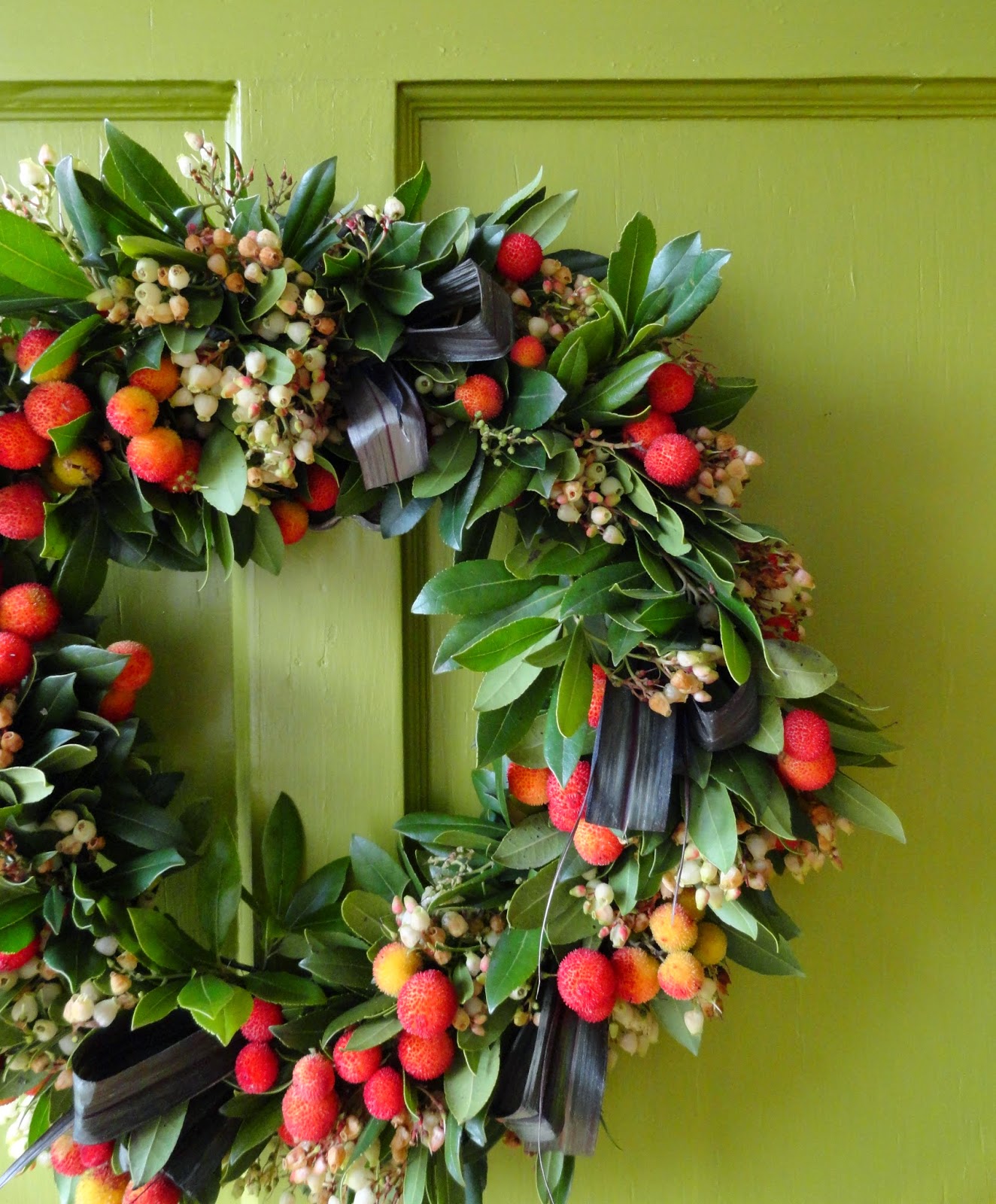 Labels: holidays, inside the house, wreath