No doubt many of you have heard we had an unexpected visitor early one morning last week. To say it was a surprising visitor would be an understatement. You see we live in urban Portland, not in the suburbs or the outlying area. One does not expect, in an urban area, to wake up and find a bear in ones back garden, but we did. No lie.

Andrew woke to a horrible crashing in the back garden, he thought someone was back there stealing plants and containers. I woke to him standing at the bedroom window, at 3:15am, saying "you're a bear"...

In case you're having a hard time picturing it here is an artists rendering of the event. With certain artistic flourishes included, because that's what artists do... 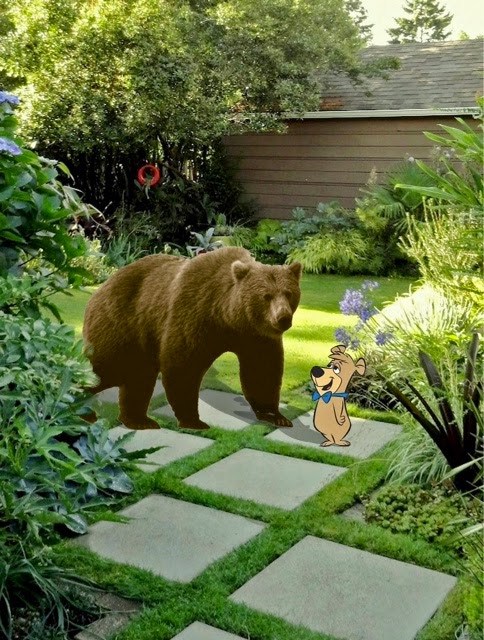 Which brings me to a book my husband, Andrew, grew up with, a book called "Nobody listens to Andrew." In the book a little boy named Andrew tries to tell his parents, his siblings, his neighbors, anyone and everyone that there was a bear in his bed. Much like when "my" Andrew called 911 to report a bear was in his back garden and nobody believed him. "Are you sure?" they asked..."we thought he was crazy" they said... 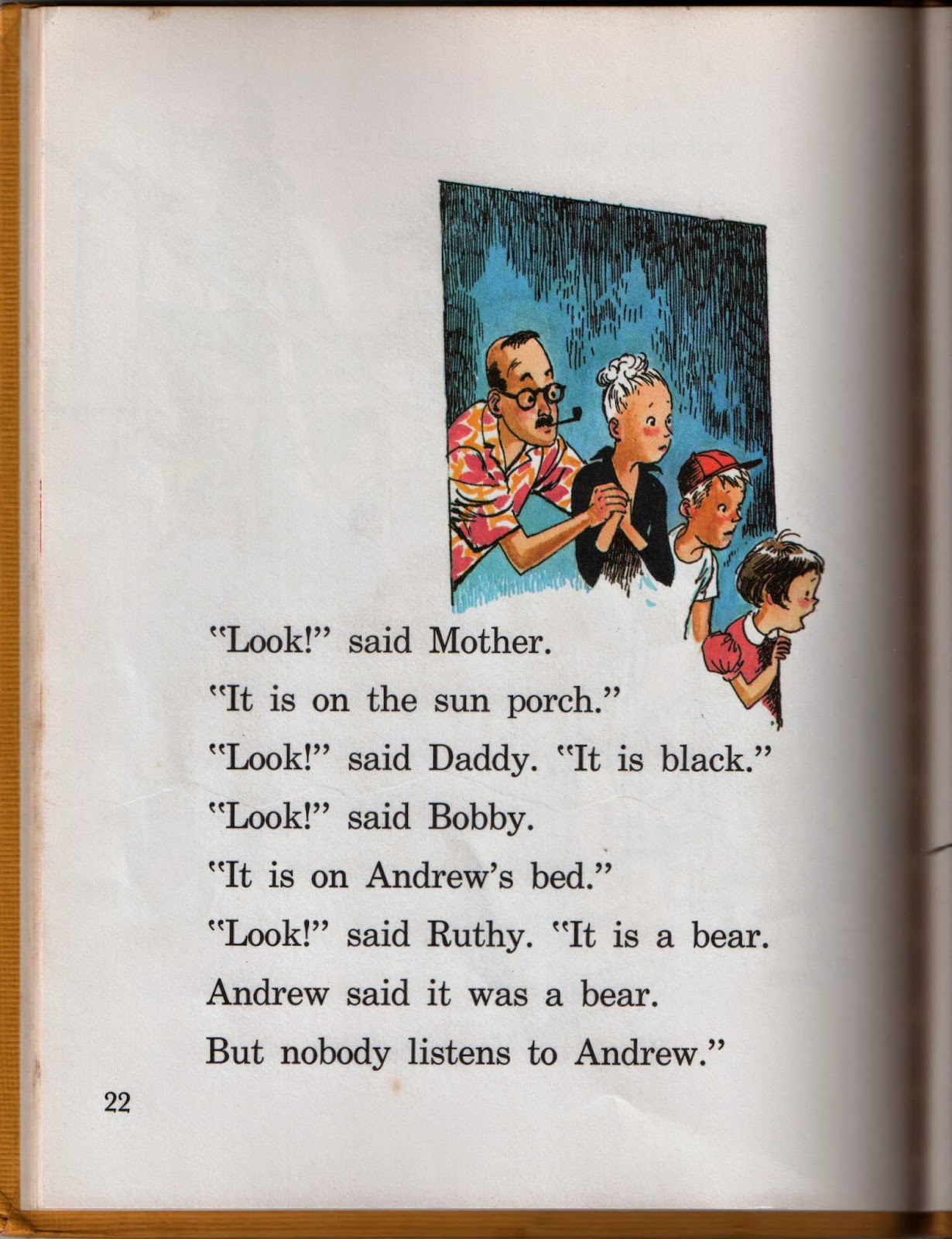 But indeed it really was a bear. And thankfully it was a very careful bear. Not a leaf, branch or flower was damaged. And just like in the book there was a happy ending and Mr. Bear was taken away, in the book to a zoo but in our story back to the wilderness. 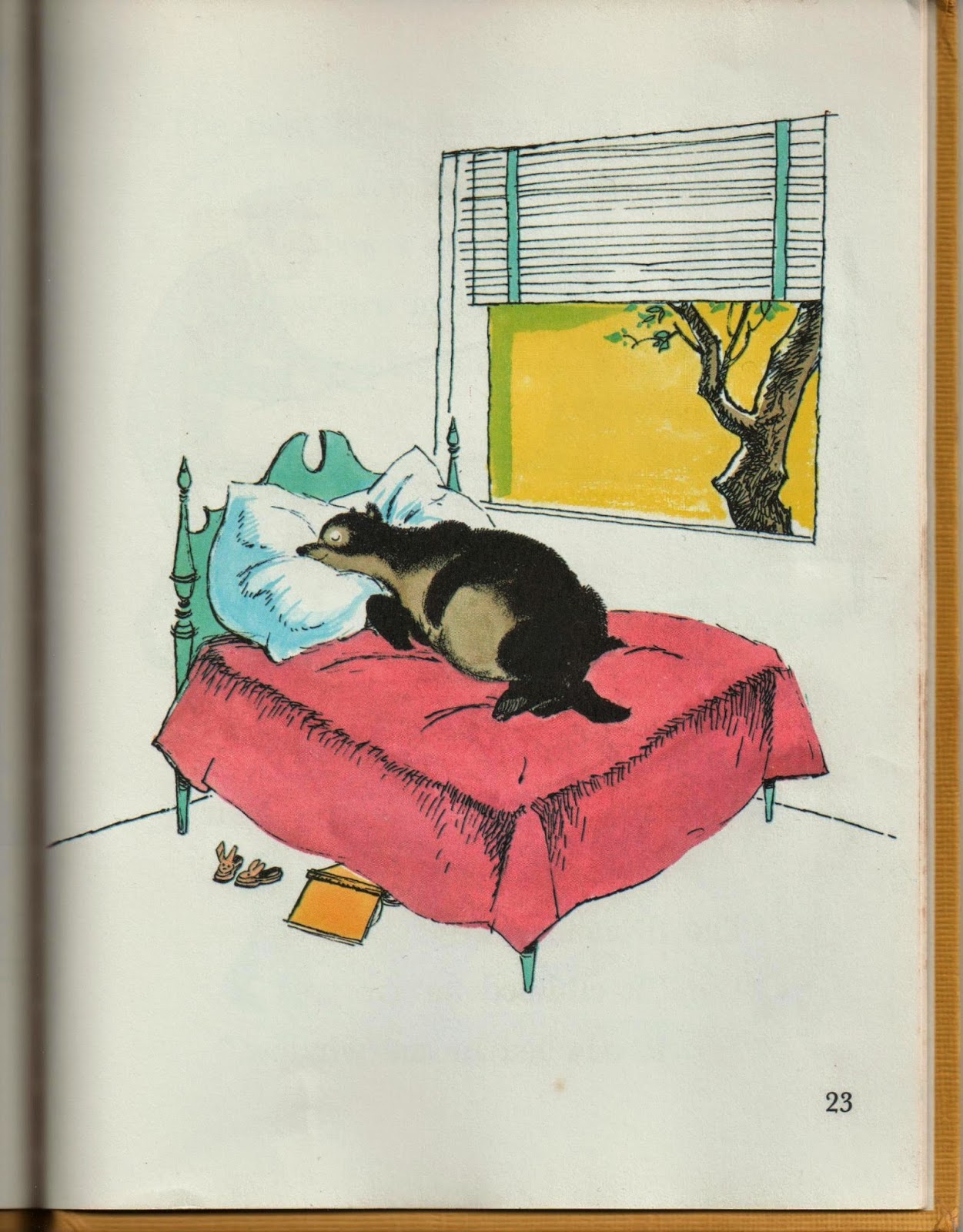