Last Saturday I attended what's been called the largest plant sale on the West Coast. HPSO's Hortlandia. Every year there seems to be an "it" plant at the sale, one you see over and over again. At first I thought it was going to be the rodgersia... 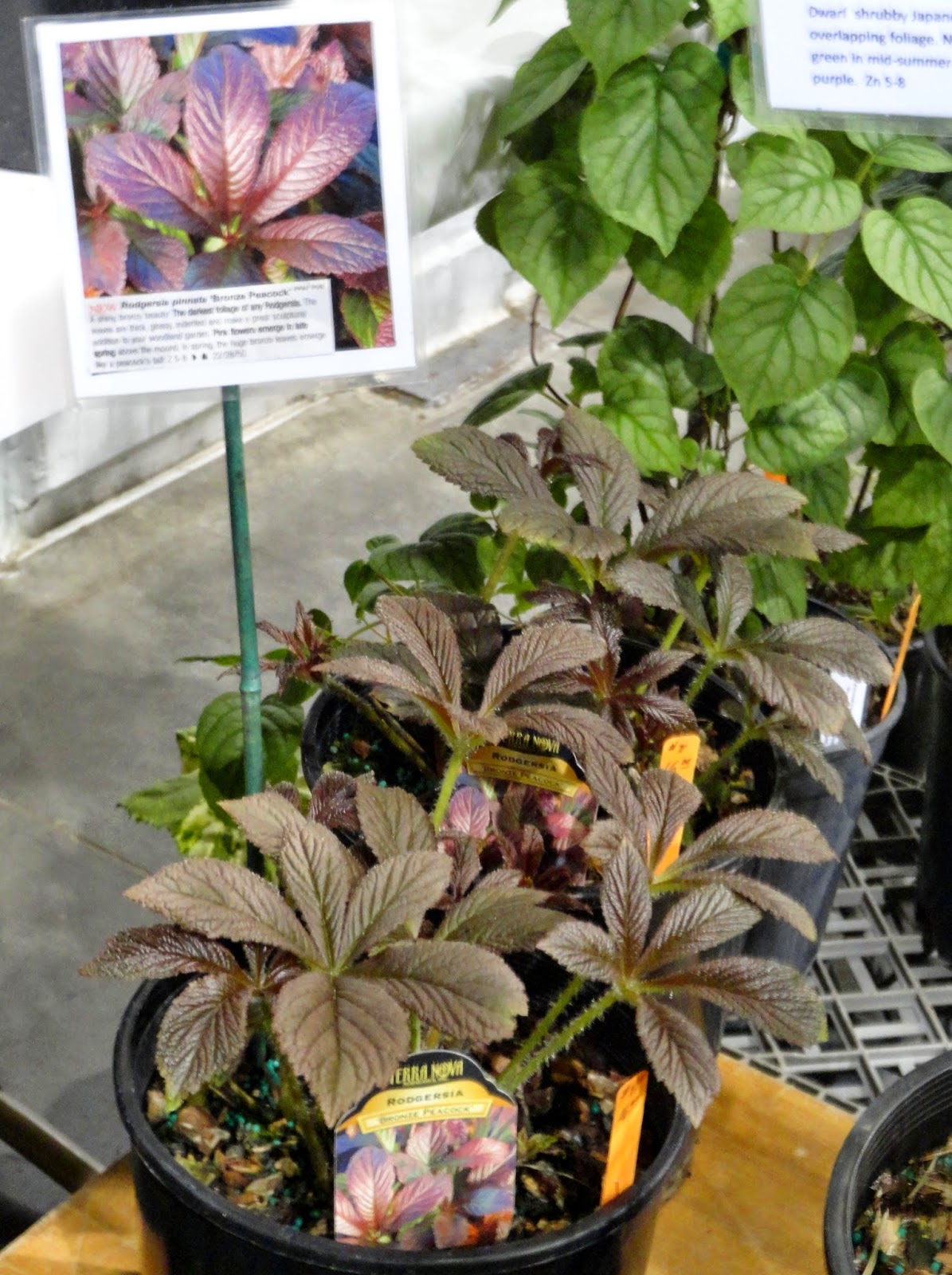 But part way through the sale I decided it was the podophyllum. There were so many fabulous ones, and tales of even better ones that were scooped up before the sale even opened to the public (volunteers get to shop early)... 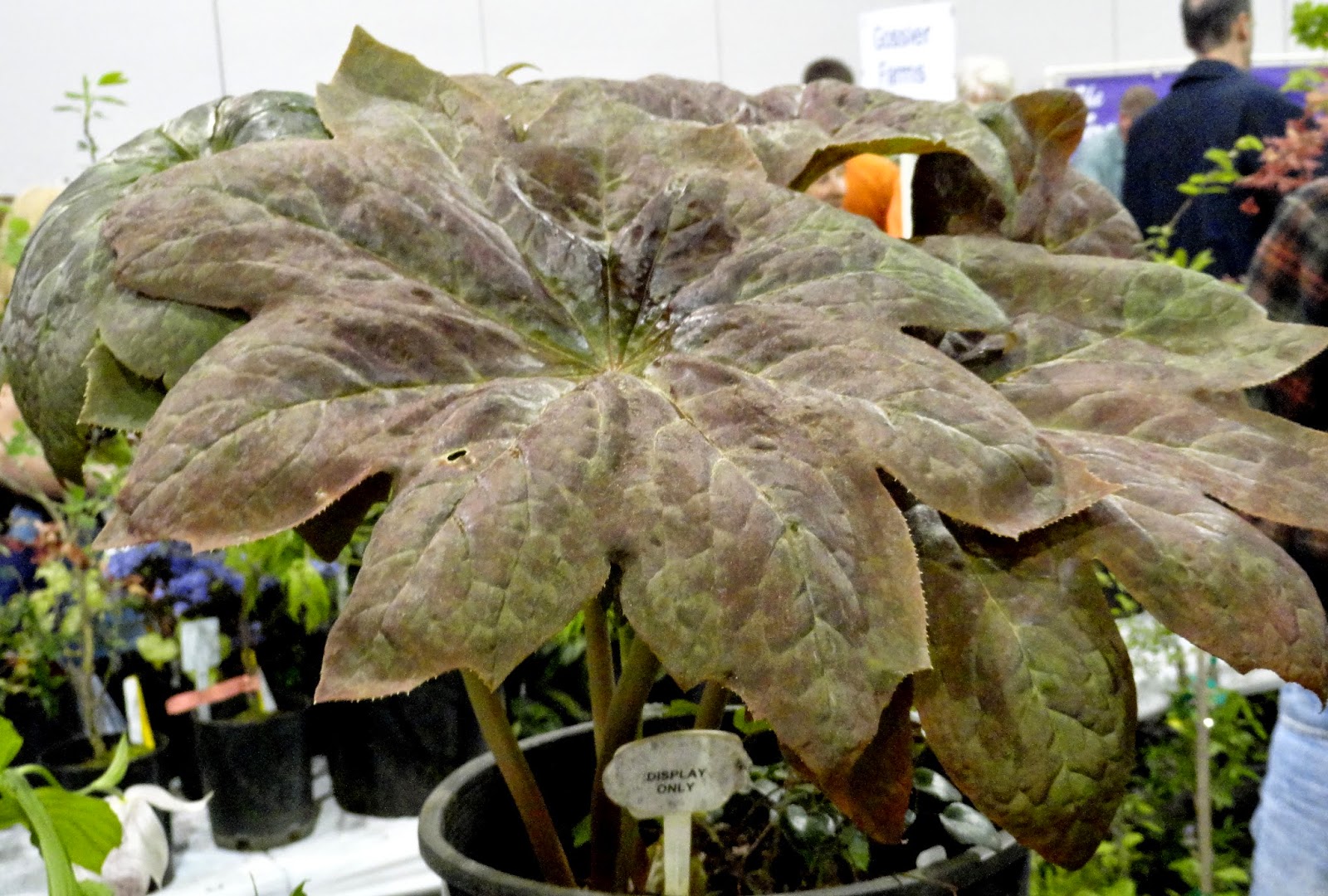 There were several agaves. This one in The Desert Northwest booth... 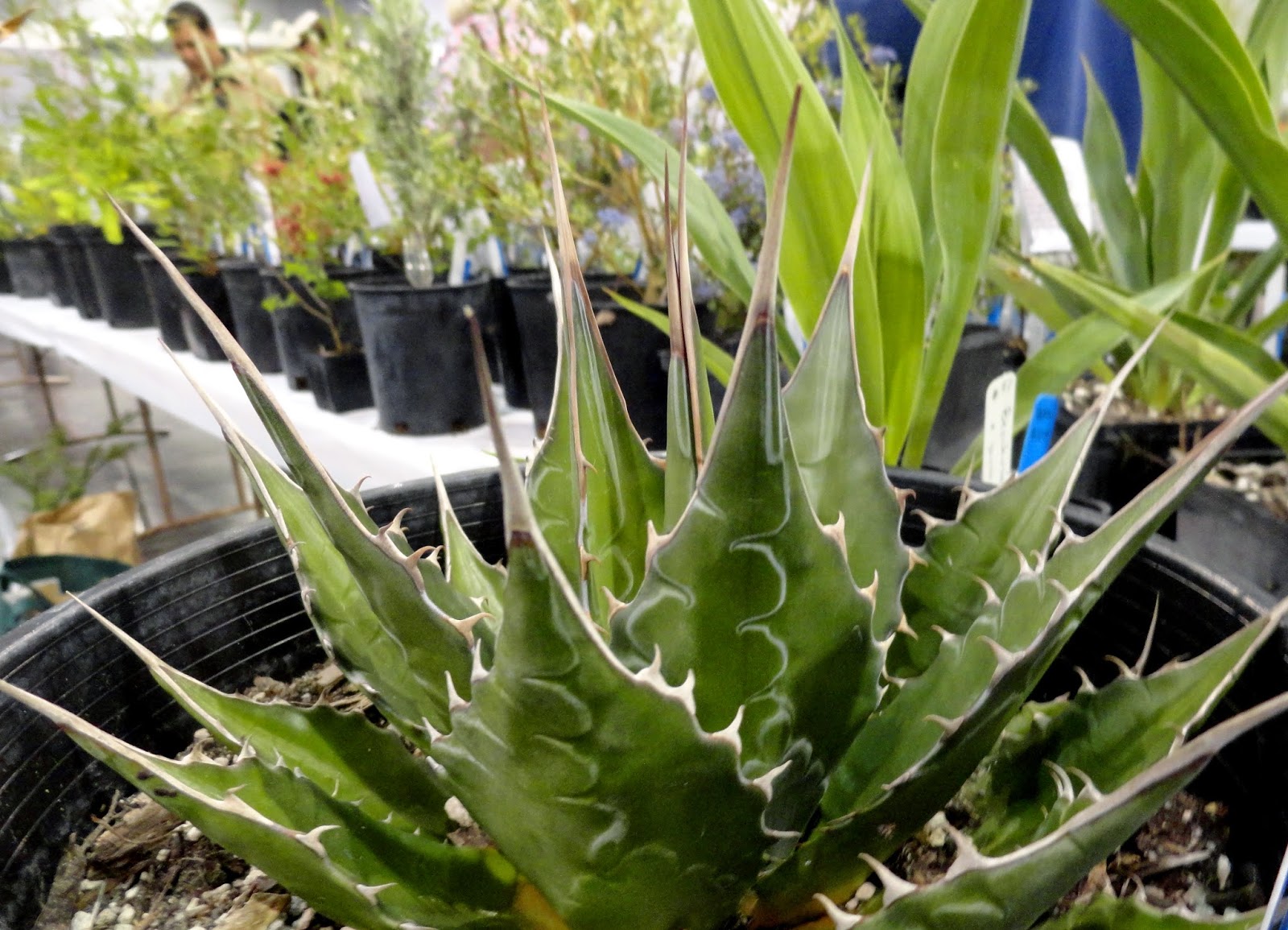 And this pair in the Blooming Junction booth. 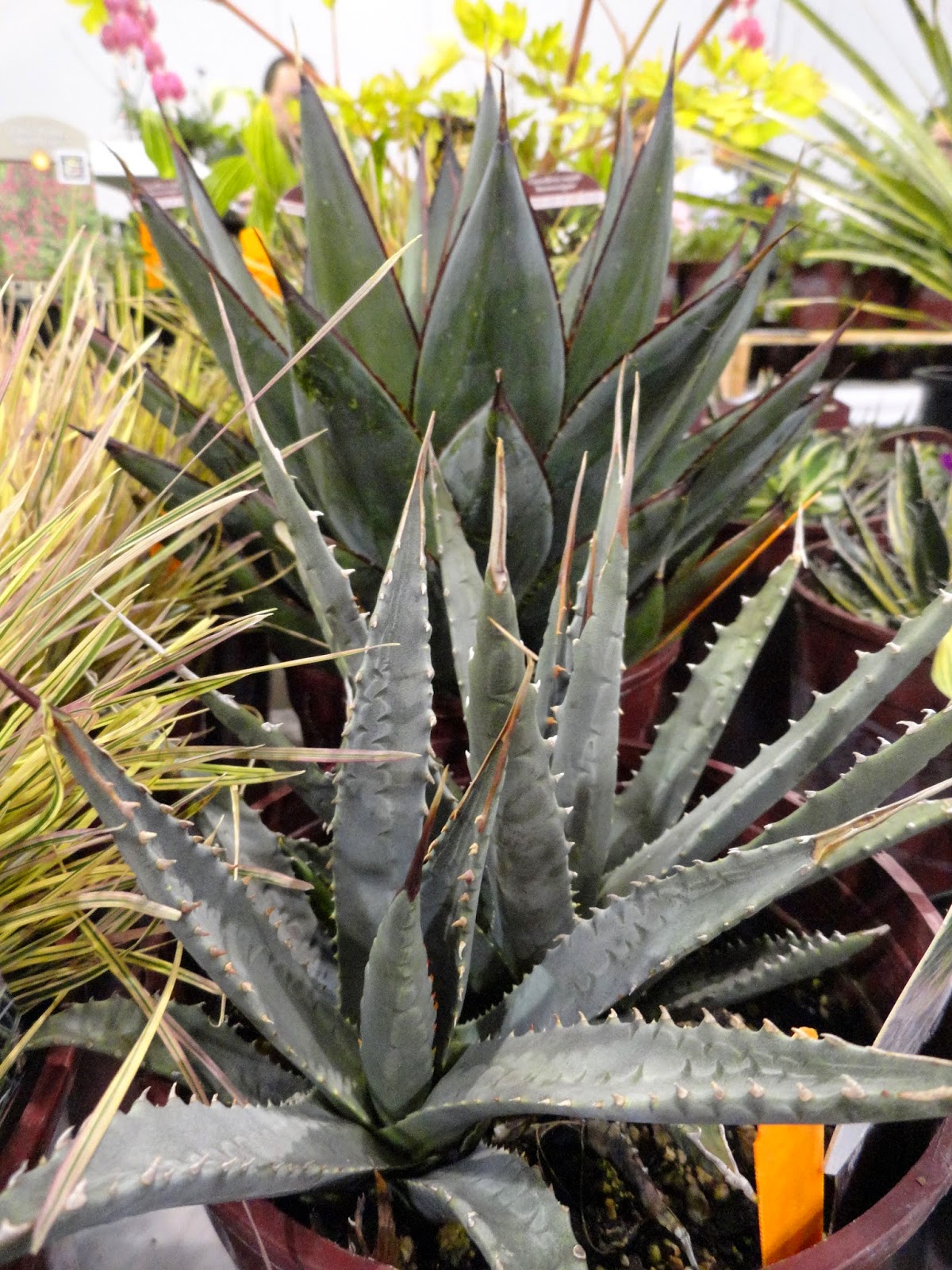 Speaking of blooming, this beschorneria was hard to pass up. 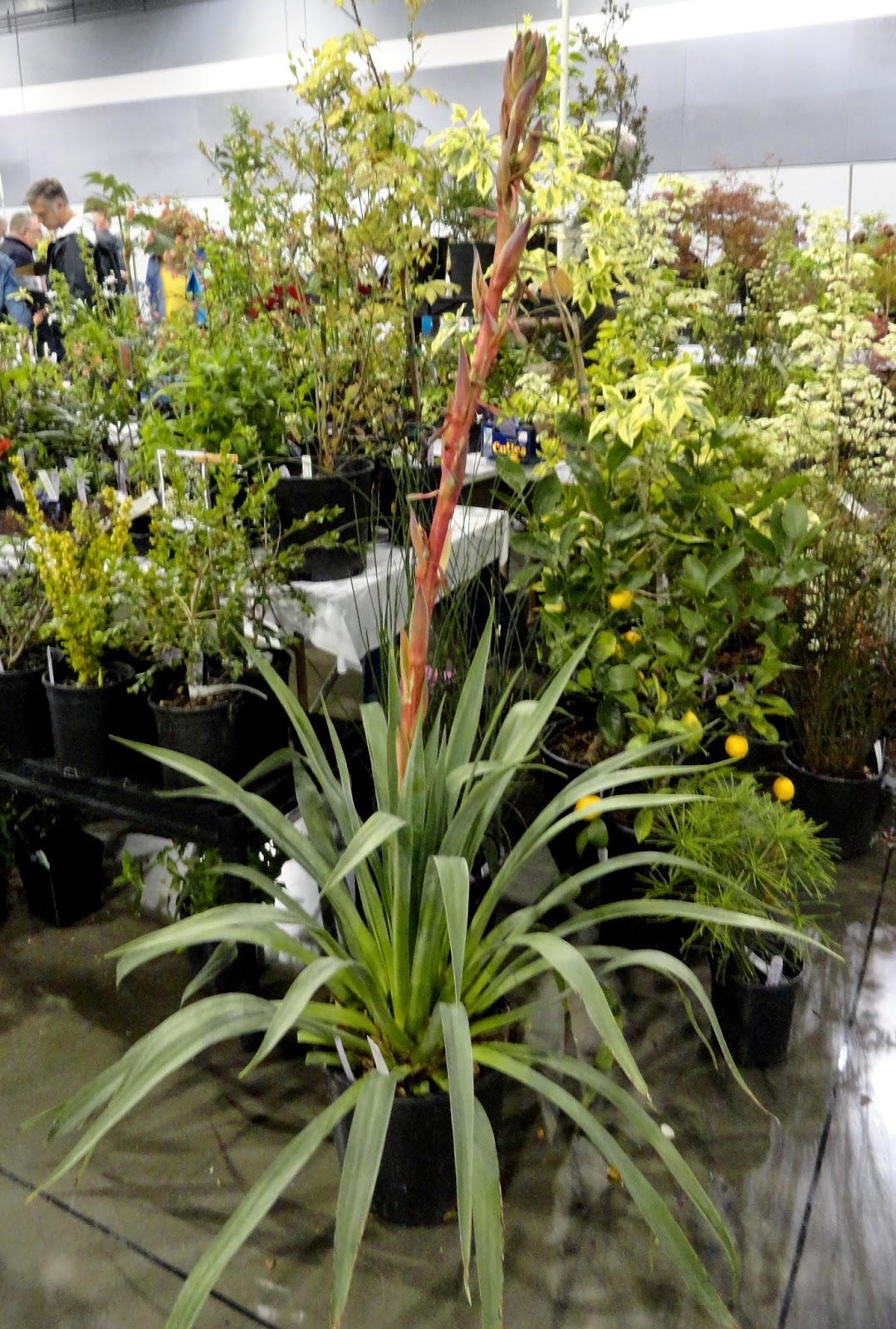 However I did grab one of these Abutilon 'Red Tiger', mine isn't blooming yet but has several fat buds... 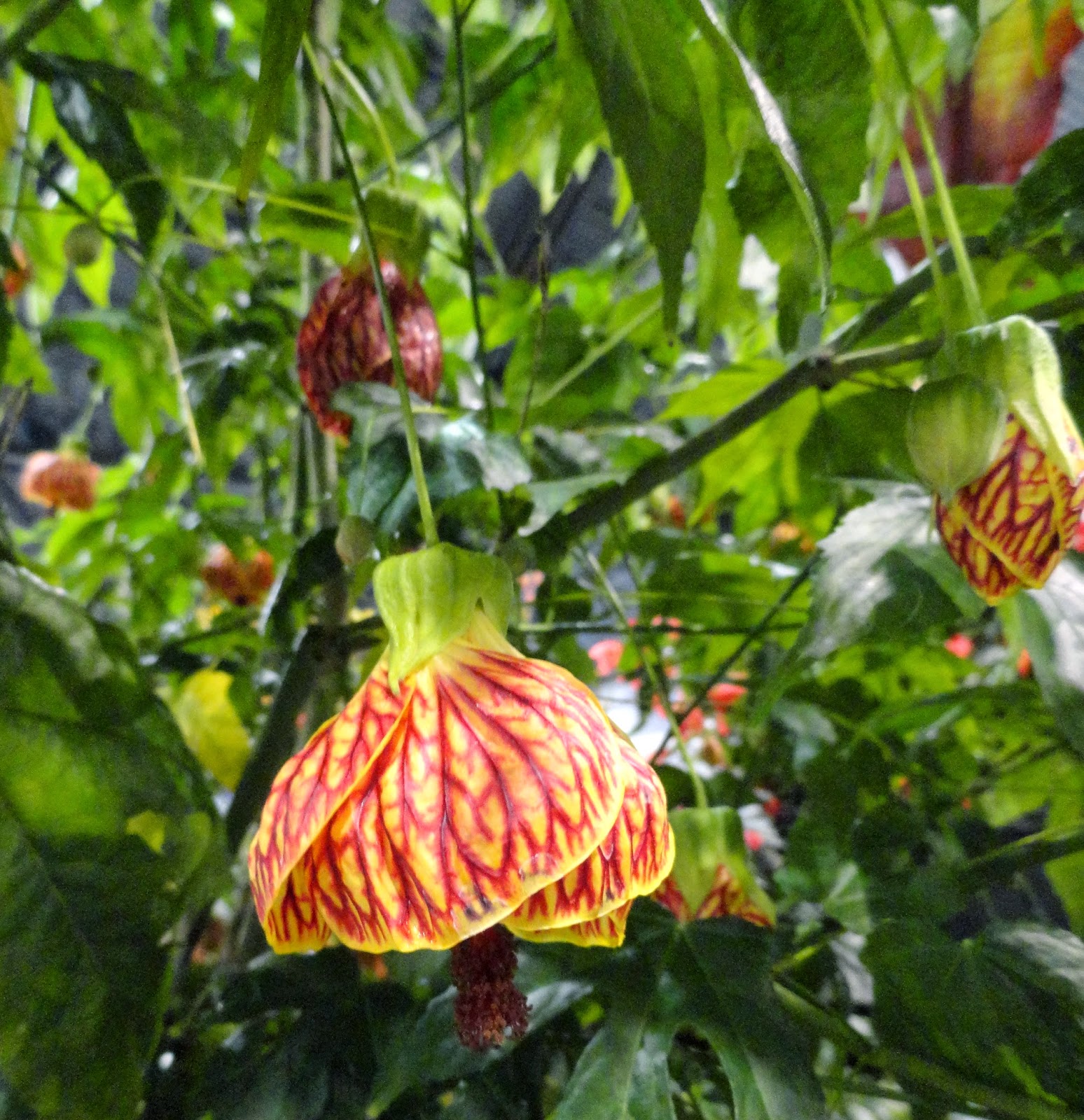 Artemisia ludoviciana 'Valerie Finnis', beautiful! I got a division from a blogging friend last fall. 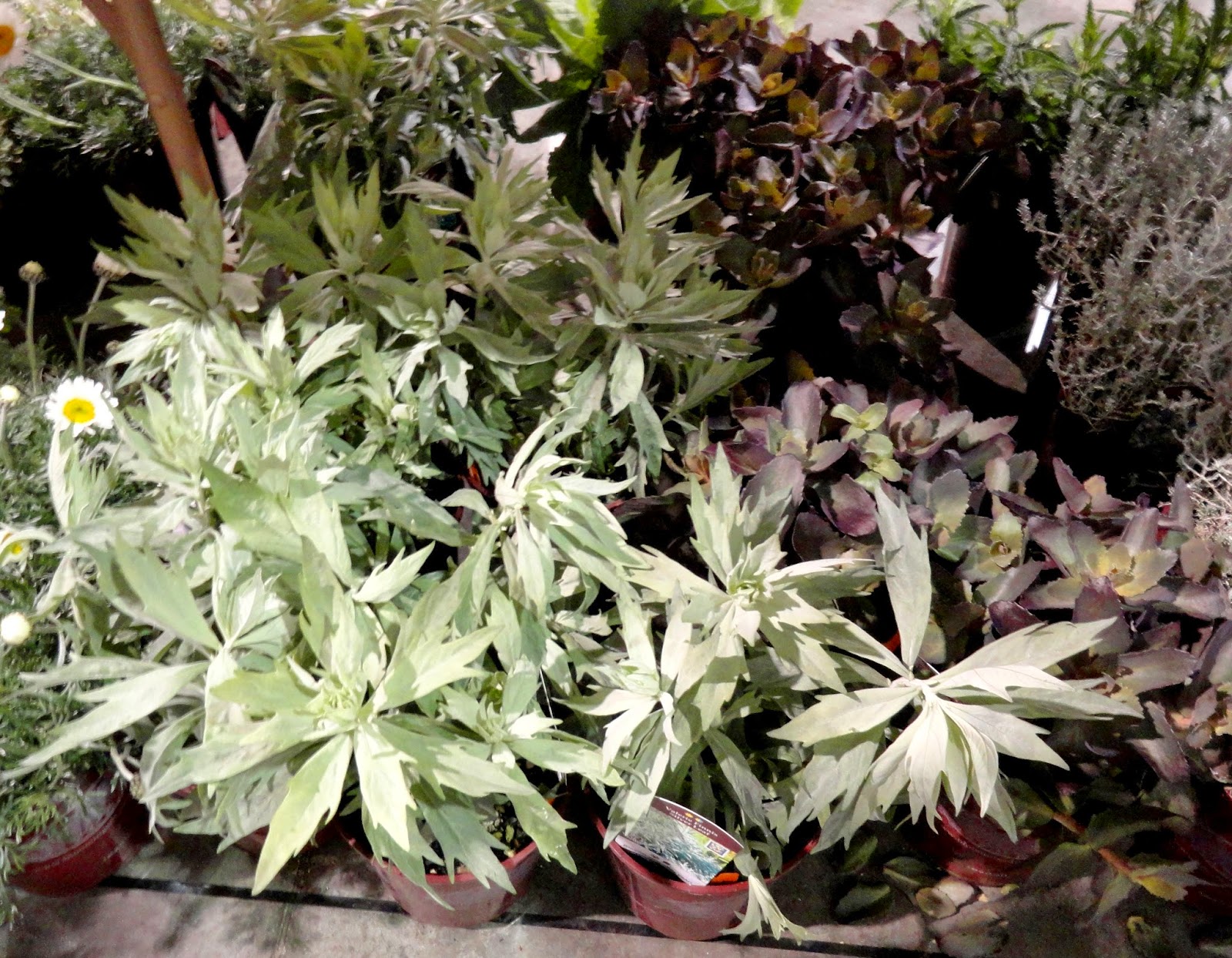 I admired this bizarre Aesculus 'Laciniata' and then later saw it in my friend Peter's haul. Great minds... 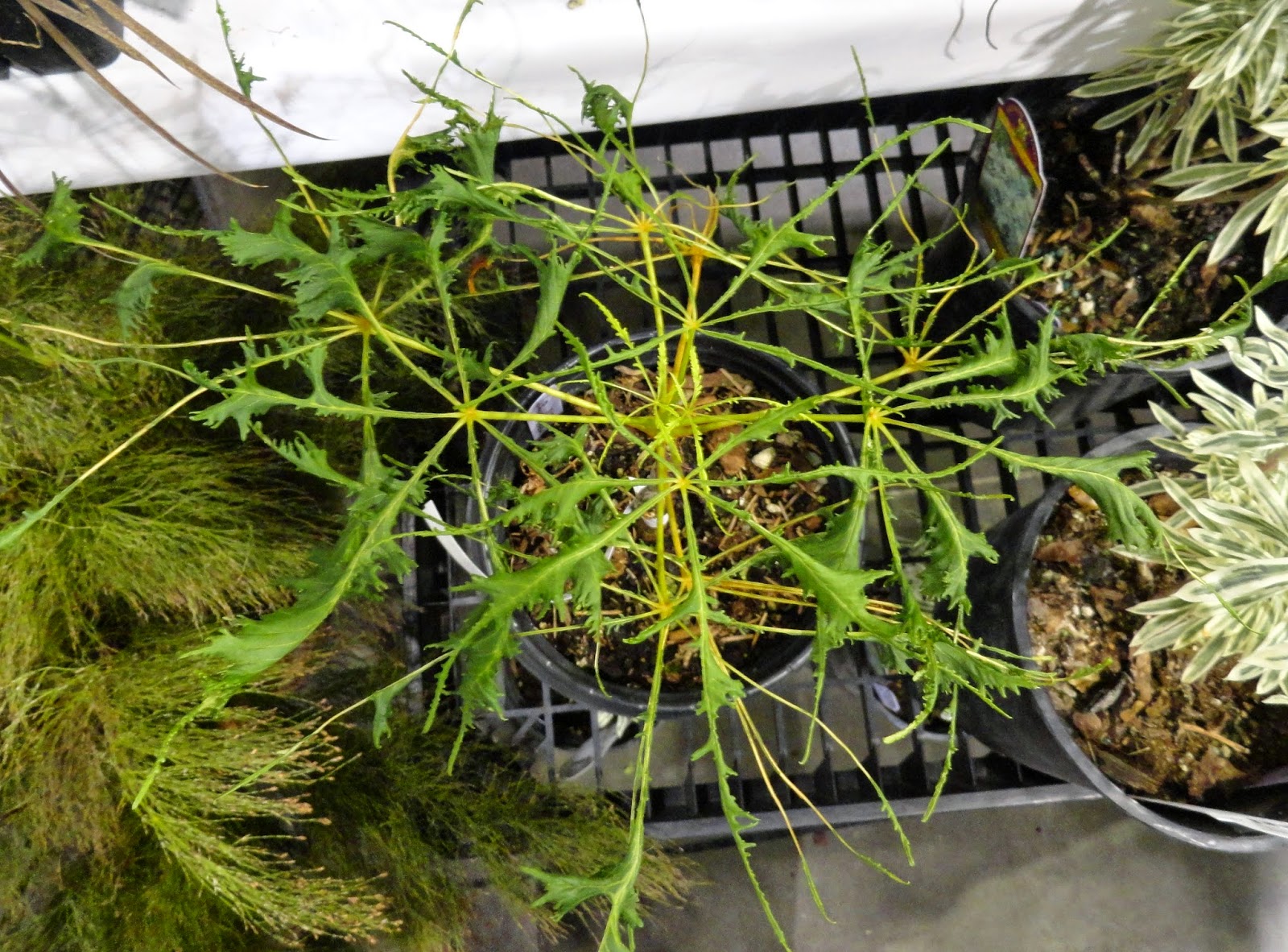 This is interesting, both of these plants were labeled Quercus dentata 'Pinnatifida' yet look how different their leaves are. I noticed the same thing last fall when I bought my tree. 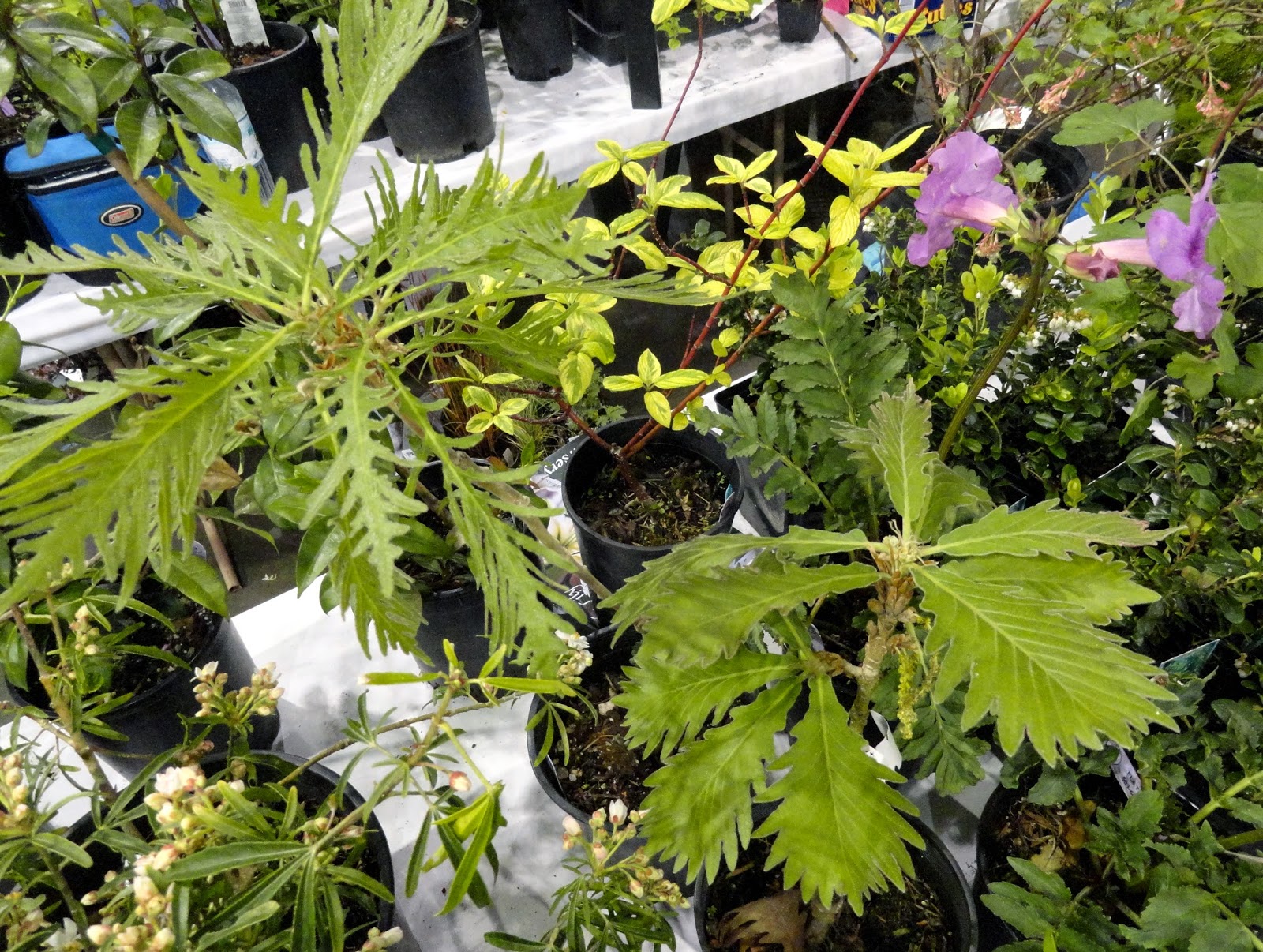 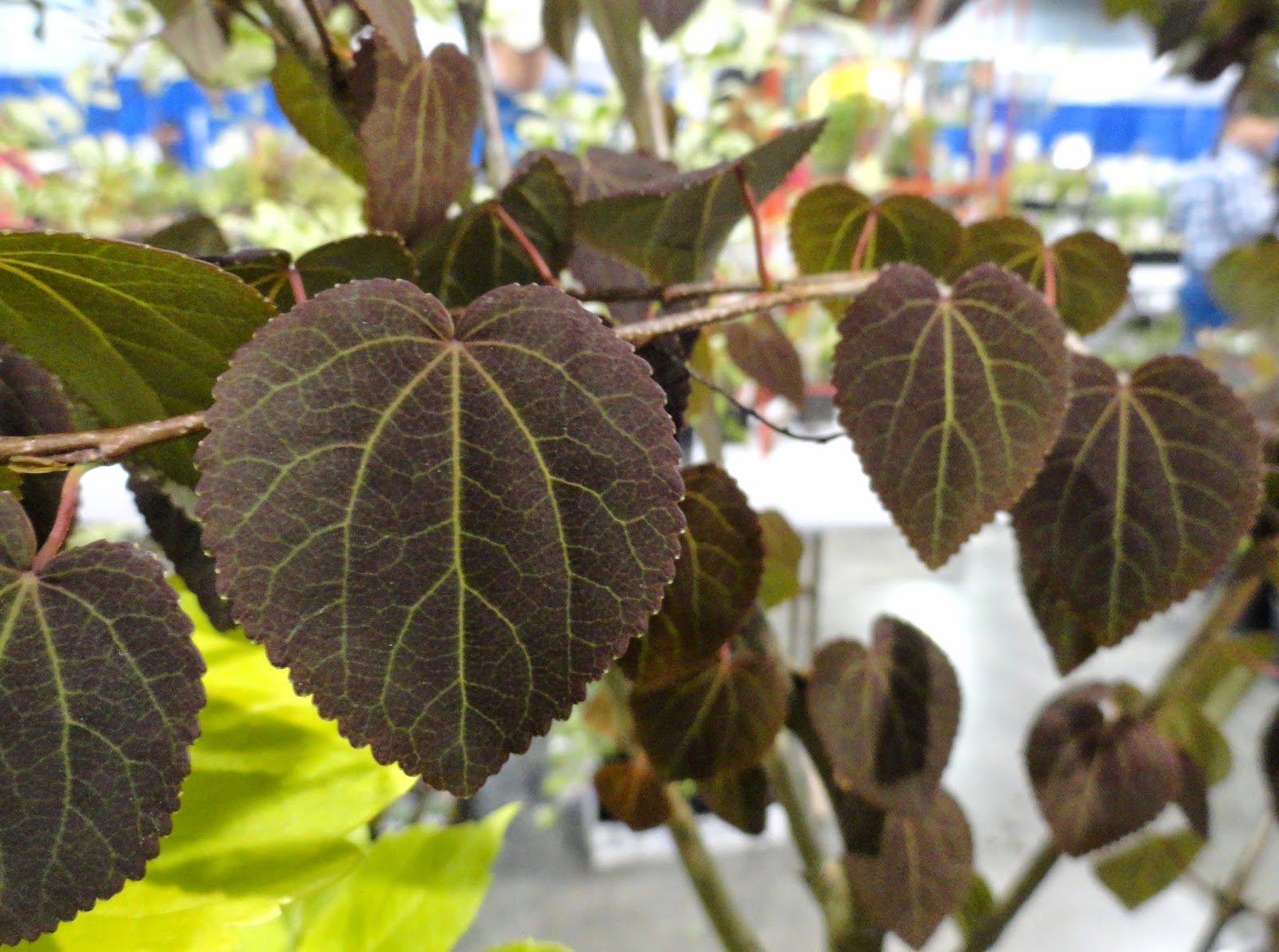 This poor plant was fondled by every single passer-by... 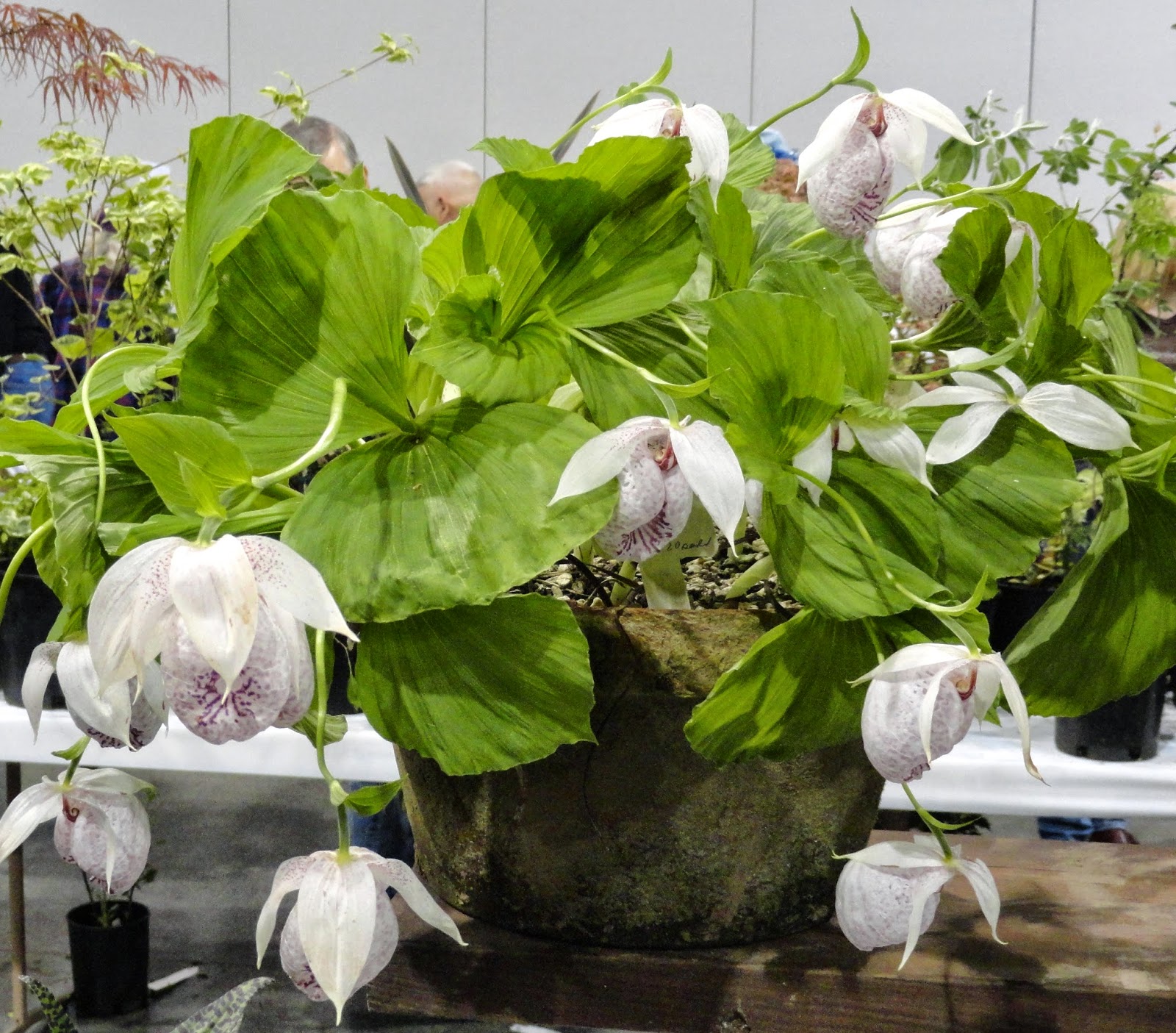 Heliamphora heterodoxa x minor, dubbed as the most amazing plant at the show by a friend. For $45 I had to leave it behind. 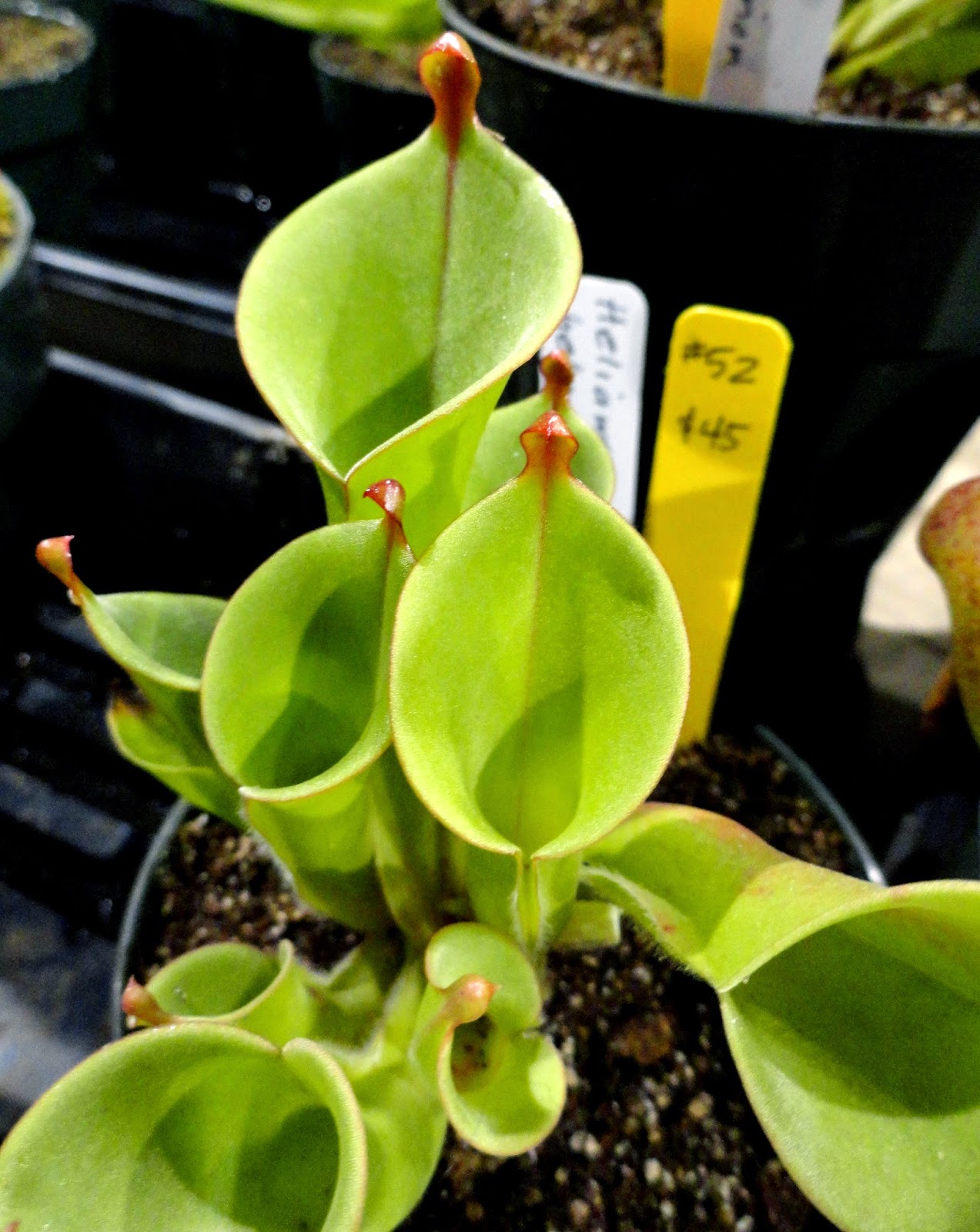 There is a whole "garden art" section to the sale which I typically ignore. My friends Peter (the Outlaw) and Alison (Bonney Lassie) were down for the sale and spent some time checking it all out. When I went looking for them Peter had just fallen for this fabulous seedy/poddy/vasey thing. I like it and I think it went home with him. 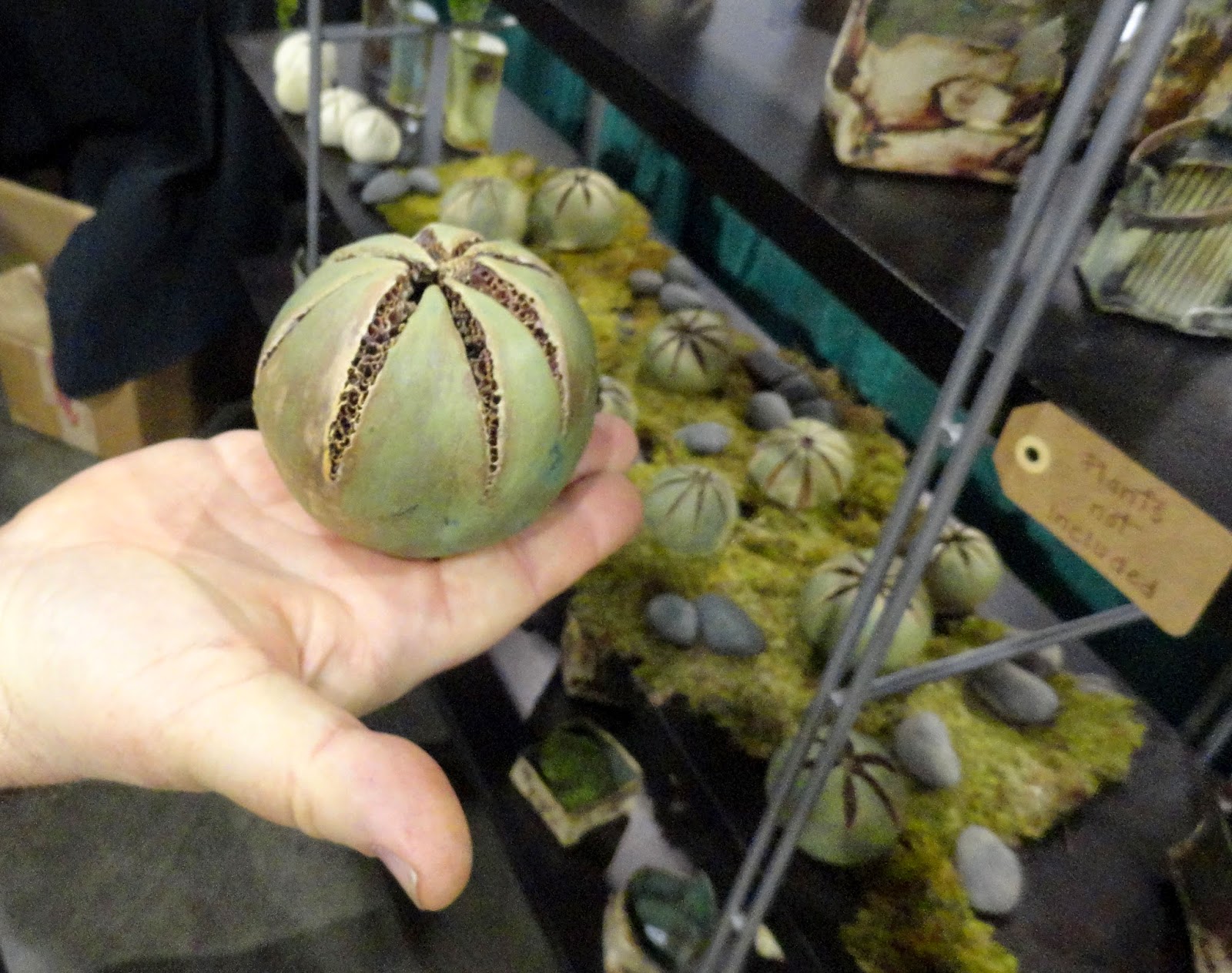 So what went home with me? Well as I mentioned I picked up an Abutilon 'Red Tiger' and I also grabbed one of these Geranium maculatum 'Elizabeth Ann'. I love the leaves... 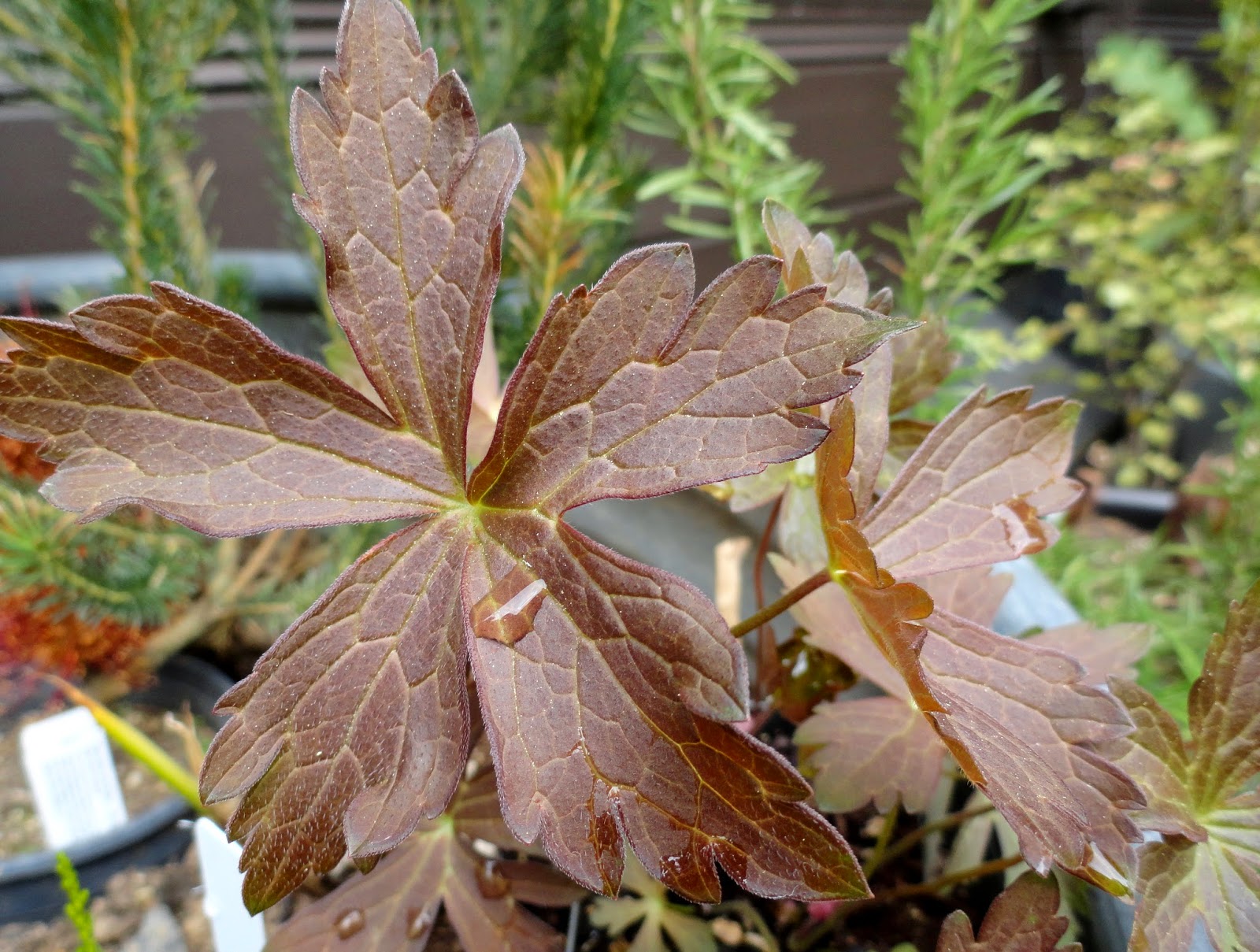 After all they are "sophisticated!" But the flowers I saw when I looked this one up on plant lust. Yikes! I think I'll be cutting them off. 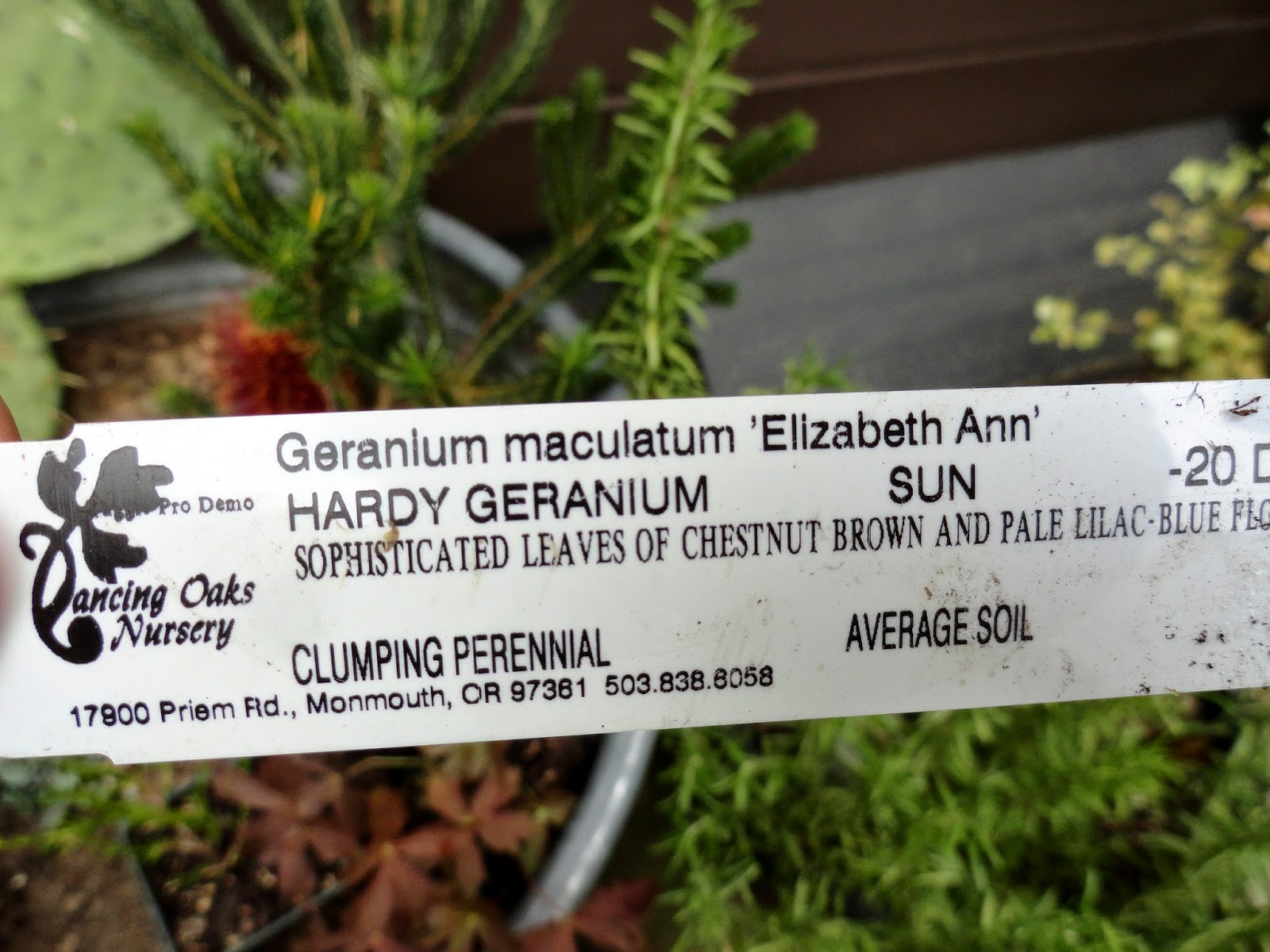 Look another Banksia marginata! I lost mine last winter and the owner of The Desert Northwest made sure I tried again. I've got just the spot picked out. 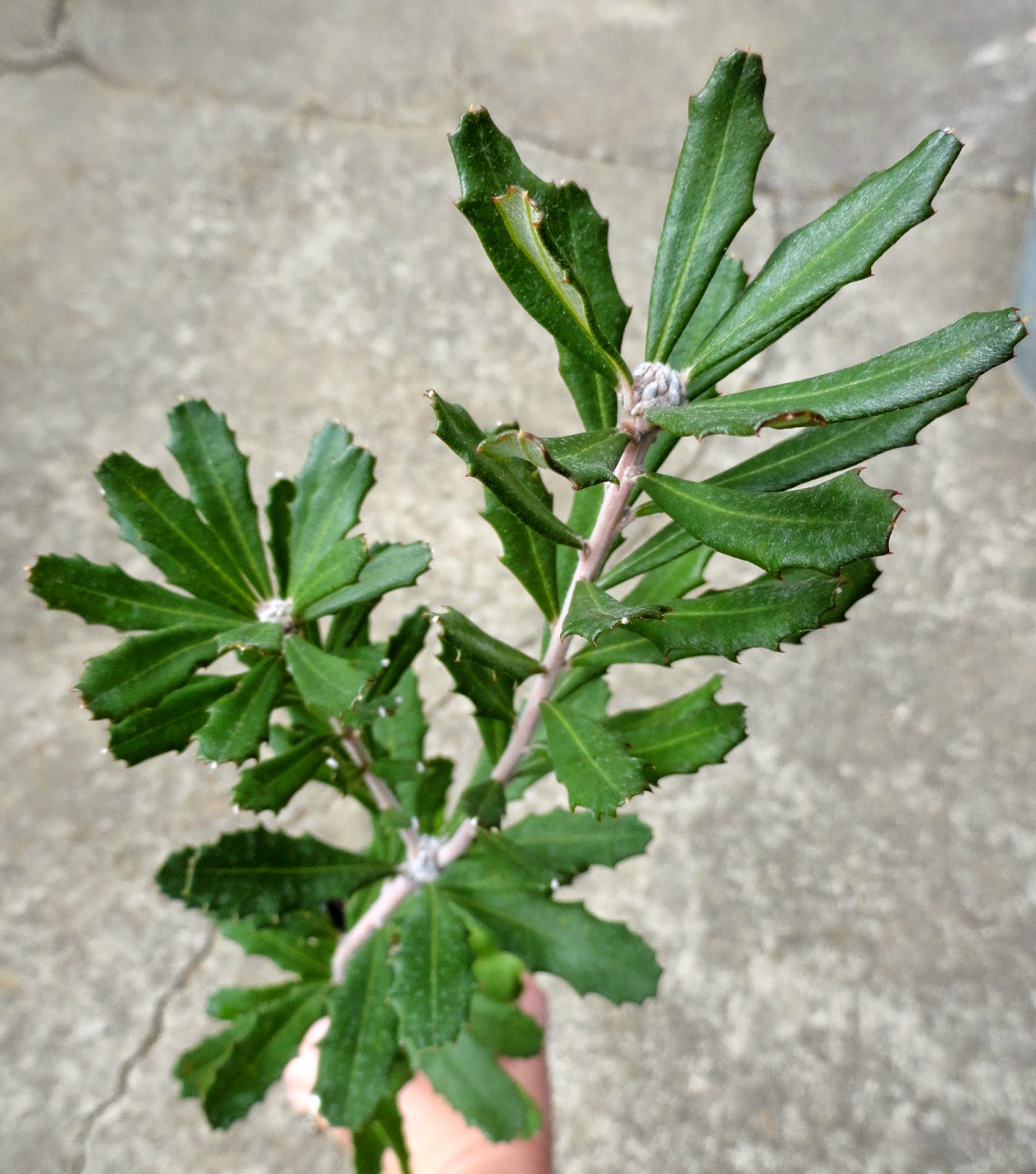 And finally my only other plant purchase at the sale, Microcachrys tetragona. I bought one last fall when I visited The Desert Northwest and asked for another. I love this plant! 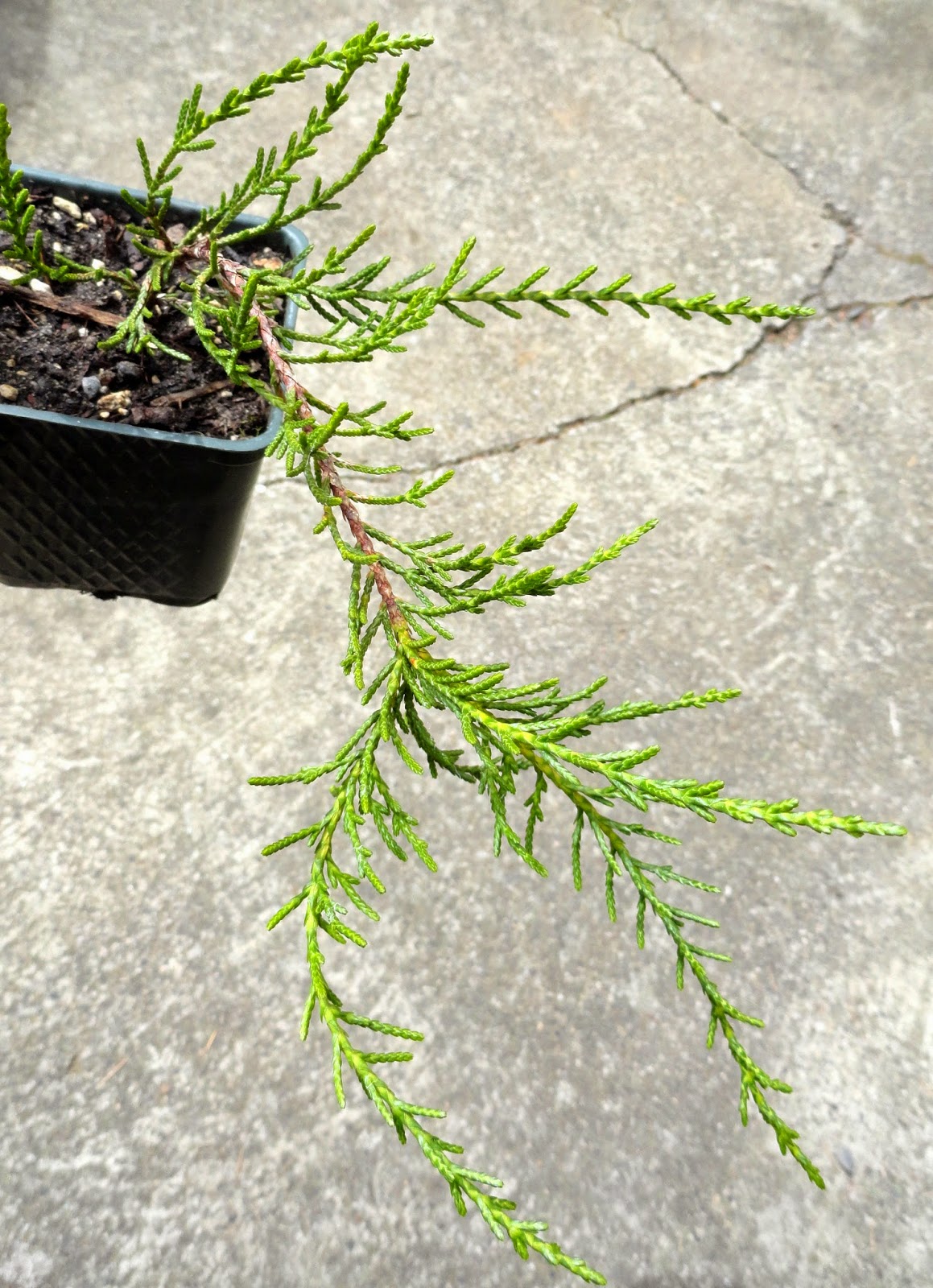