Joe is in the house!

Okay he’s actually in the garden. 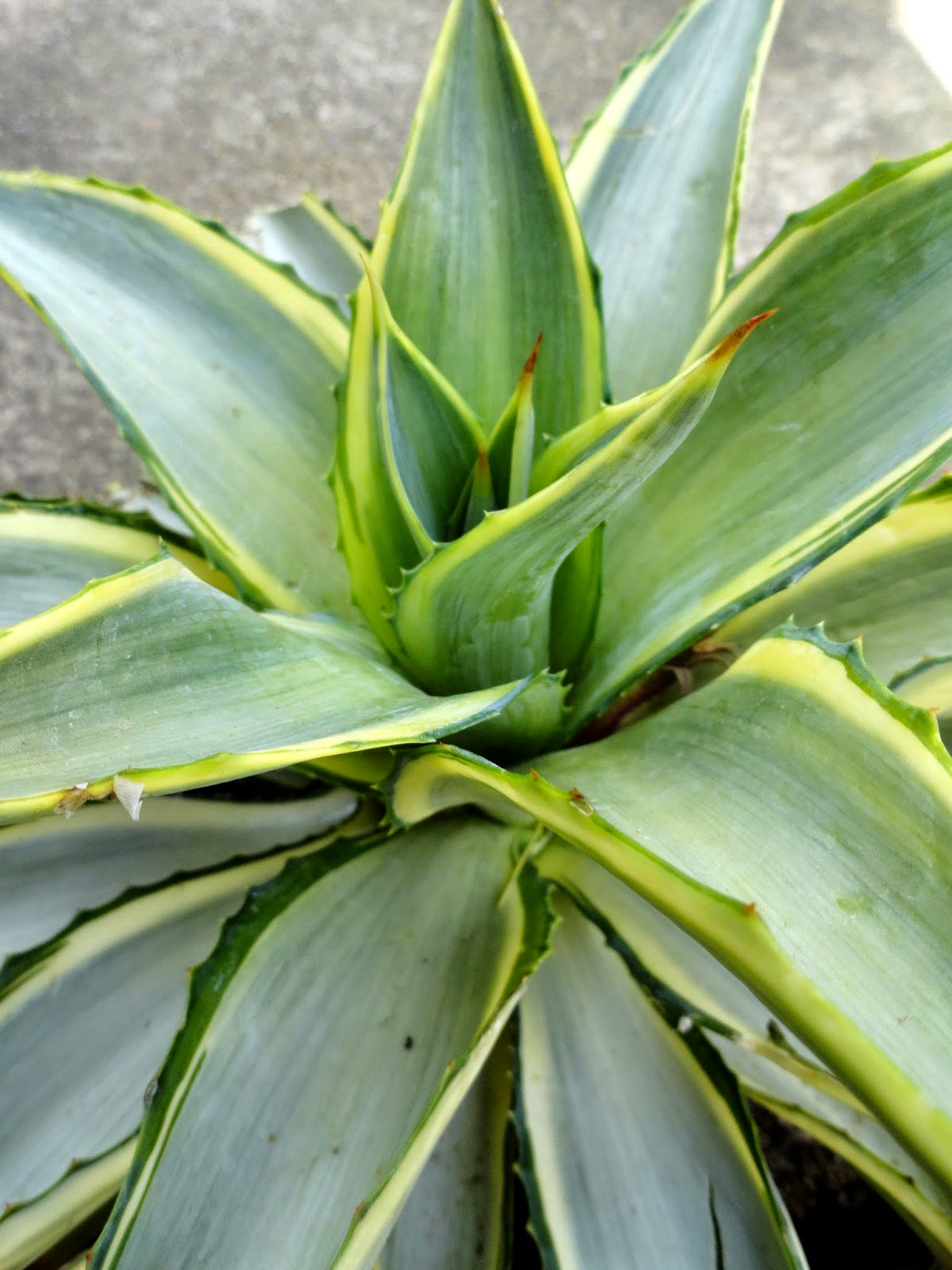 This is a wrap on one of my longest running cases of plant lust...I first fell for Agave ‘Joe Hoak’ in October of 2009 when we visited San Marcos Growers in Santa Barbara a, CA. Since SMG is a wholesale grower I felt fortunate to be allowed to wander their grounds and didn’t dare ask to buy this fabulous new introduction on display… 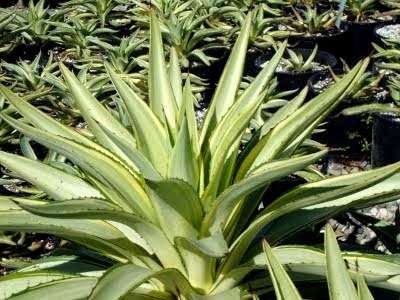 Who knows if they would have even sold it?

When we visited the Desert Southwest in 2012 I bought plants all across 4 states, the entire length of the trip, Joe was on my list but I didn’t find one. However I did discover this Agave ‘Quick Silver’ when I stopped at Elgin Nursery in Phoenix, the day after we’d packed up all the plants and shipped them home. Buying this one would have meant carrying it on the plane. You have no idea how many times I wish I would have done just that. 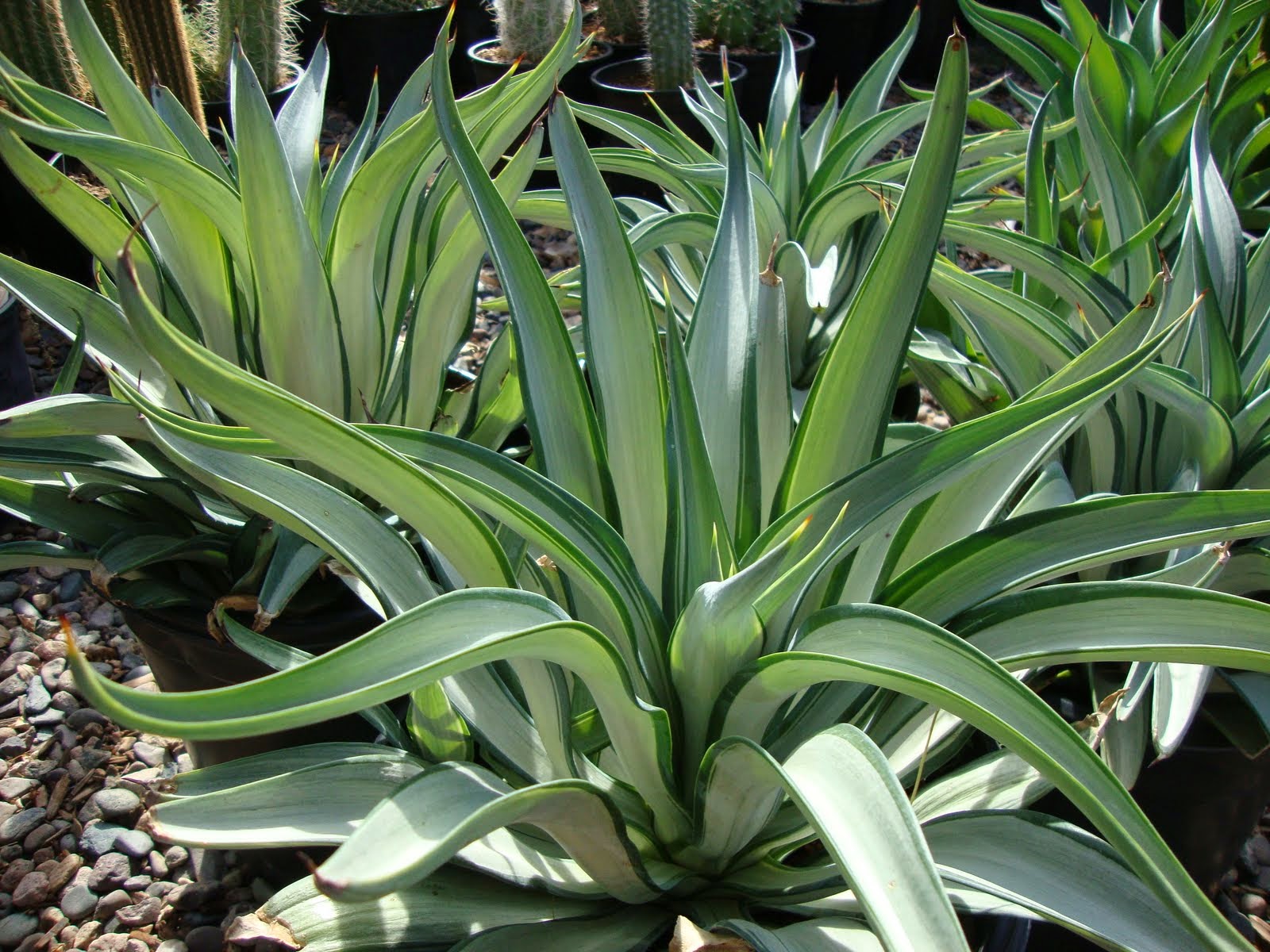 It wasn’t Joe, but pretty darn close. Agave ‘Quick Silver’ is a cross between A. desmettiana and A. medio-picta, and indeed was much more silver/white than Joe, who tends to the yellow side of things. 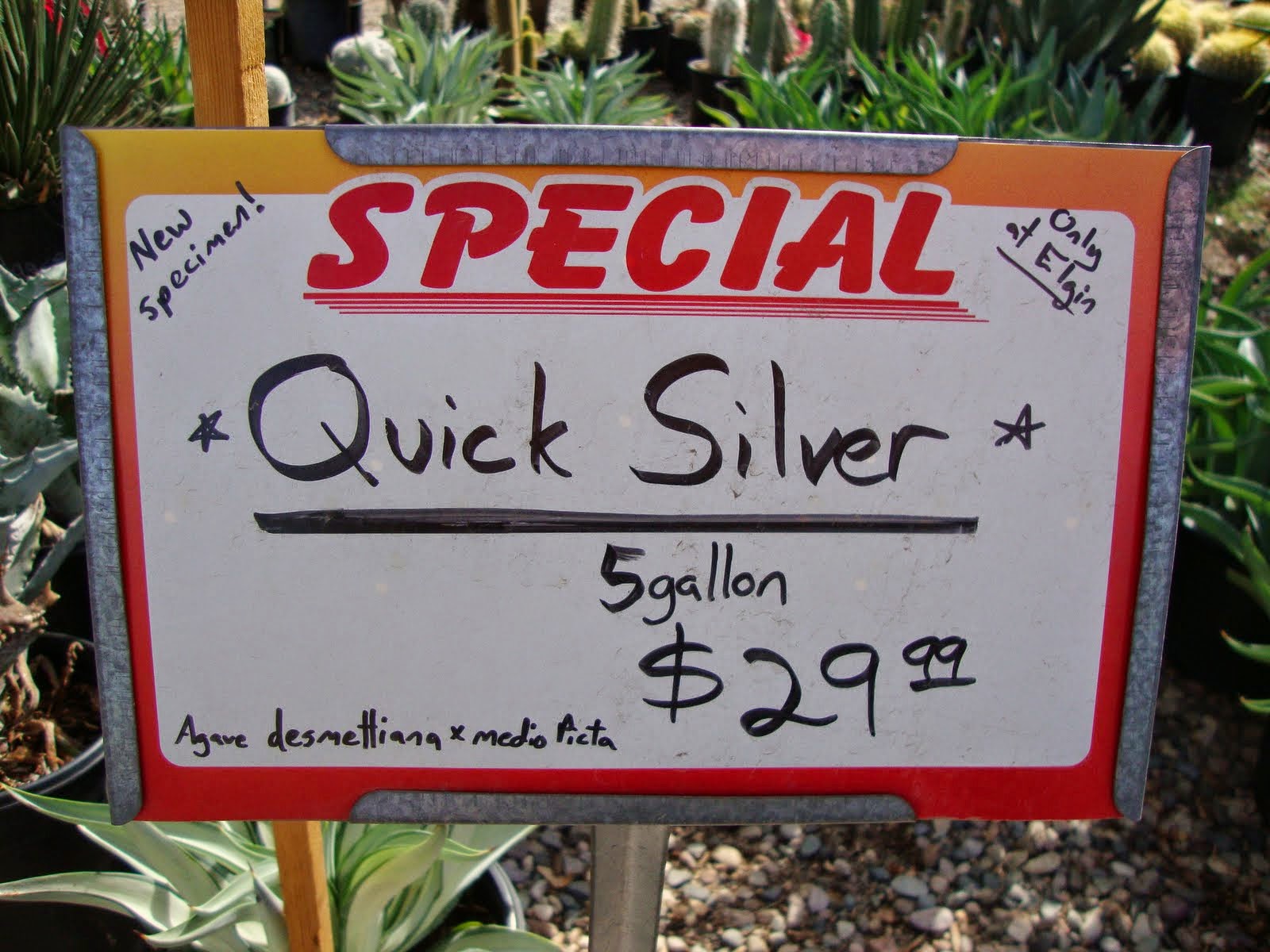 San Marcos has this to say about Joe: “The origin of this plant is confusing. We received our first stock plant from the late Dutch Vandervort, of California, who got his start from Jim Georgusis of Harahan, Louisiana. Jim told us it came from Joe Hoak of Hoak's Nursery in Miami, Florida. It is sometimes listed as Agave meridensis variegata 'Joe Hoak' or A. meridensis (perhaps referring to the city of Merida on the Yucatan Peninsula). The graceful curve to the leaf has led some to believe that this plant is a hybrid or sport of Agave desmetiana. As per Jim Georgusis, Joe Hoak himself thought this to be the case. Supporting this is the similarity to meridensis of one of A. desmetiana's synonyms, Agave miradorensis. Whatever its origins, it is one of the prettiest Agave we grow!” 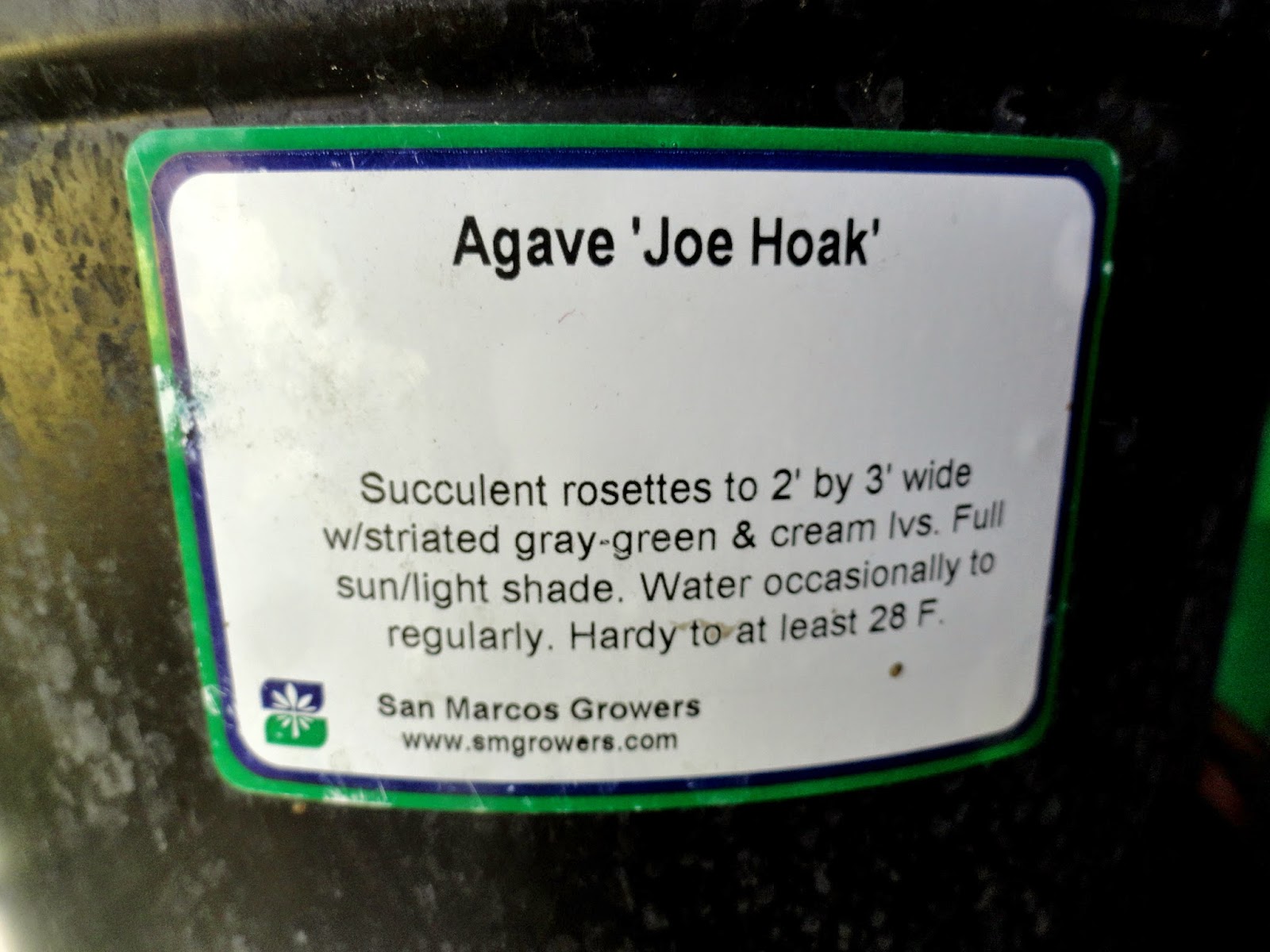 I’ve been on the hunt for Joe ever since, in fact I was sure I’d bring one home from the San Francisco Garden Bloggers Fling last summer, but no. So how did Joe finally end up in my garden? From San Marcos Growers of course! Via my friend JJ de Sousa of Digs Inside & Out…thank you JJ! You’re an enabler and I love you for that.

Lest you think such a rare beast would live a cush life, treated with kid-gloves, no. It looks like Joe may have had a few run-ins with the nursery bullies. He cleans up well. 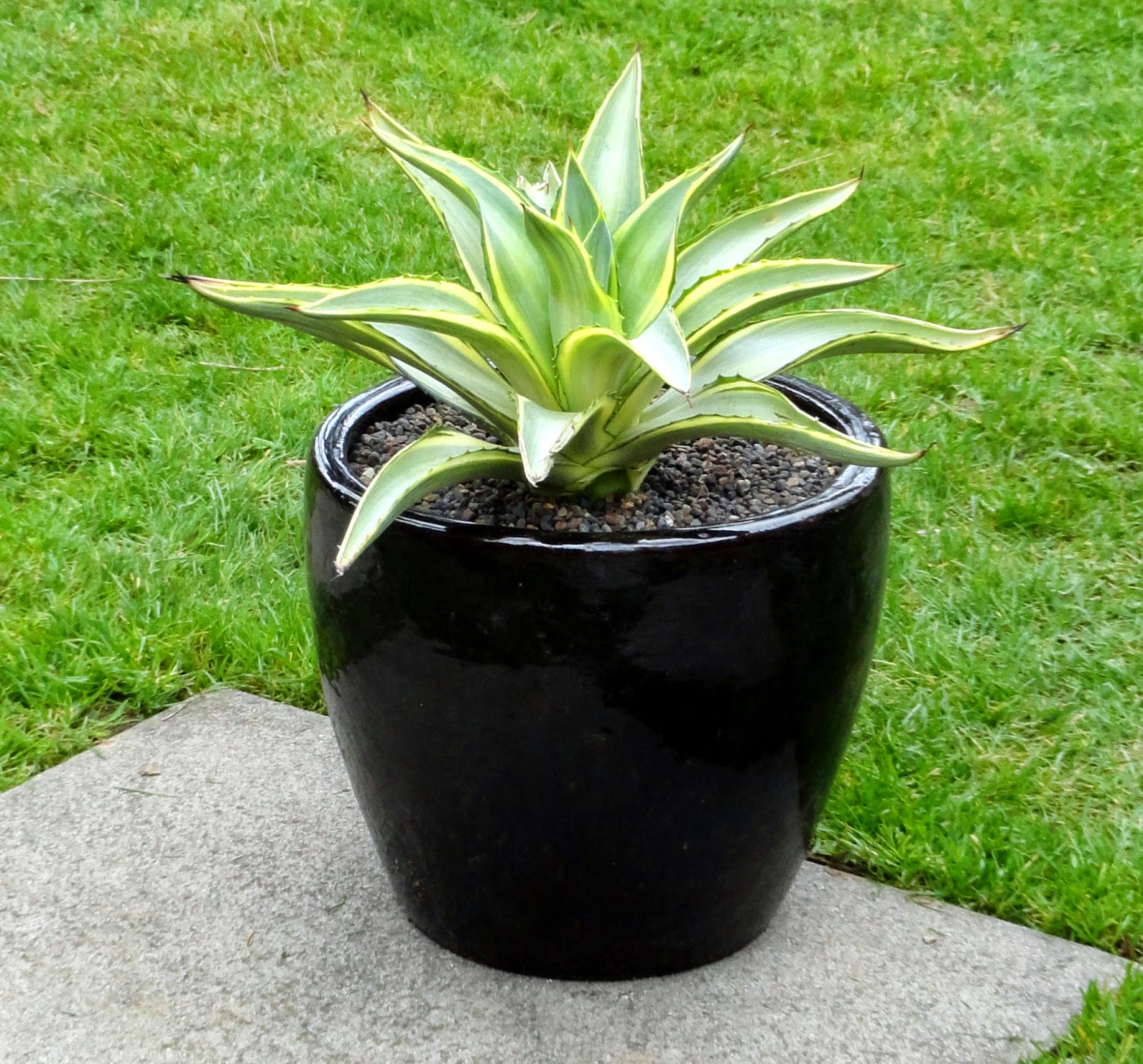 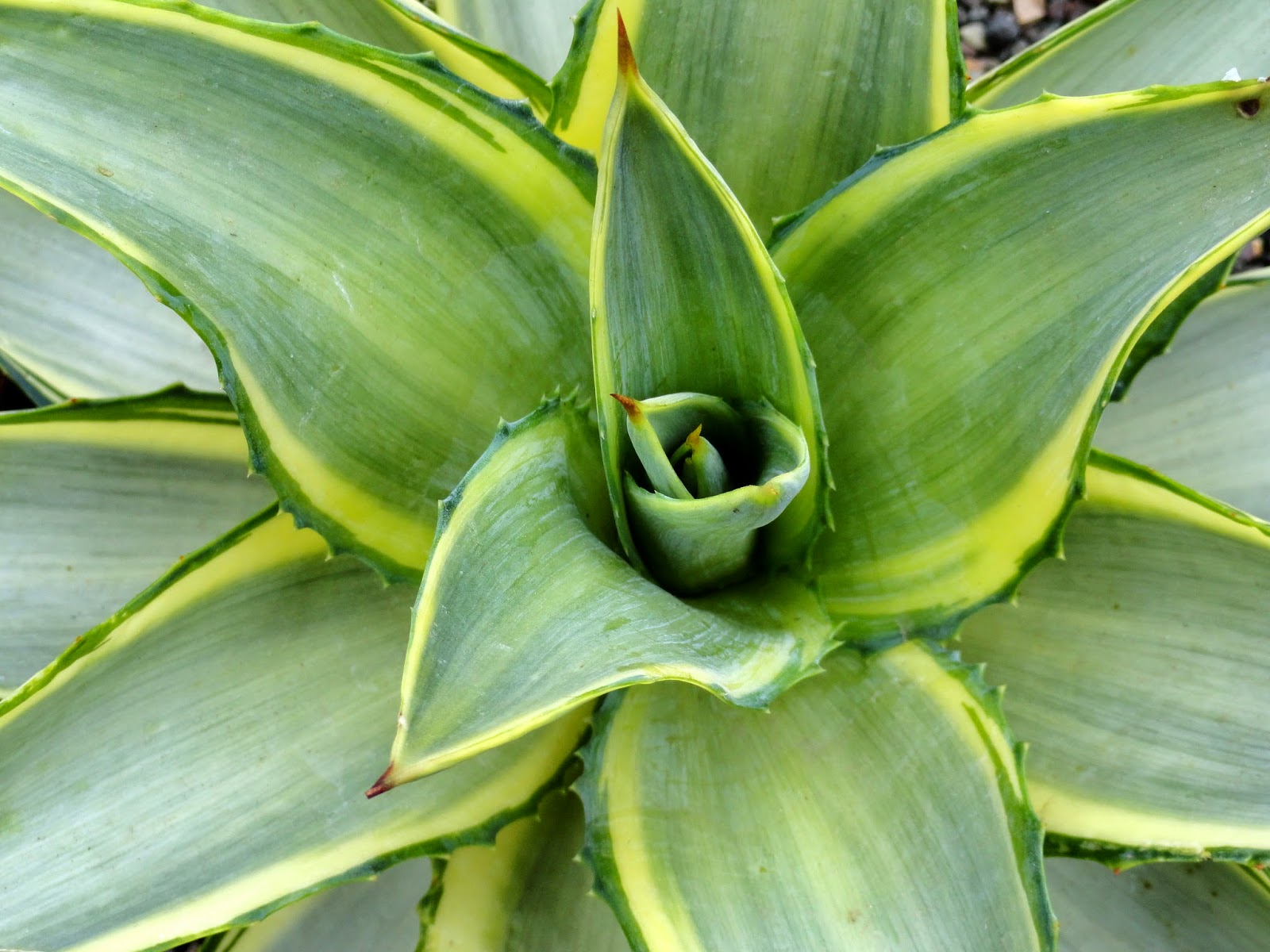