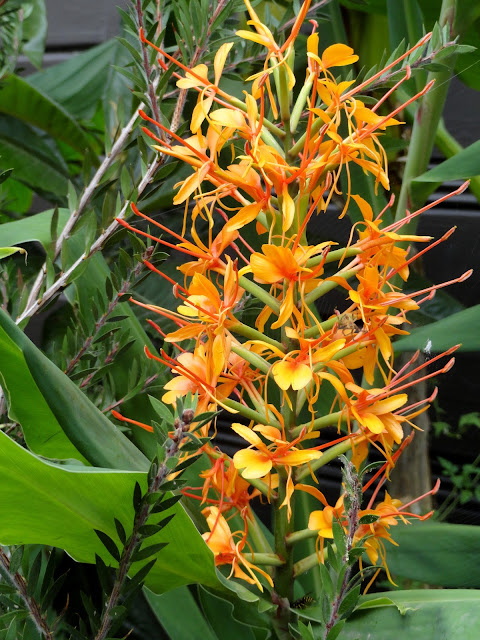 And with those big orange blooms why wouldn’t it be? I bought this ginger at Rare Plant Research in 2010. That year, and the following two, there was only a pair of stems….but this year three! (and three blooms to top them) While the foliage is nice the flowers are what it’s all about with this plant... 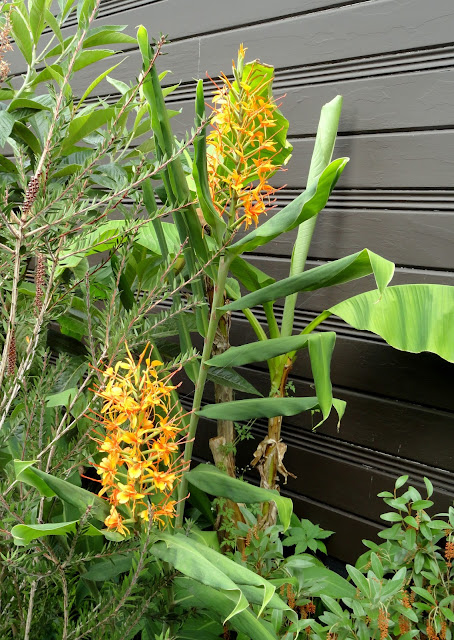 Hedychium coccineum 'Tara' is one of the early blooming gingers, and in my experience it blooms every year without fail. I've grown a couple of others (long gone and almost forgotten) but this is the only one I've had success with. According to San Marcos Growers the fragrance of the flowers can be compared to that of a gardenia, but I sadly don’t get a fragrance from them.

SMG also notes that: “It was originally identified as a selection of Hedychium coccineum by Brian Mathew, but more recently as a form or hybrid of Hedychium gardnerianum by Hedychium specialist Tom Wood.” For purposes of this post I’m going with the name I bought it under. 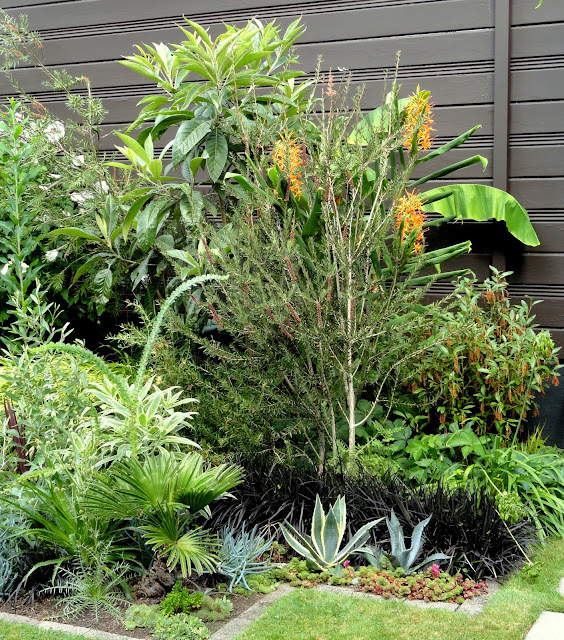 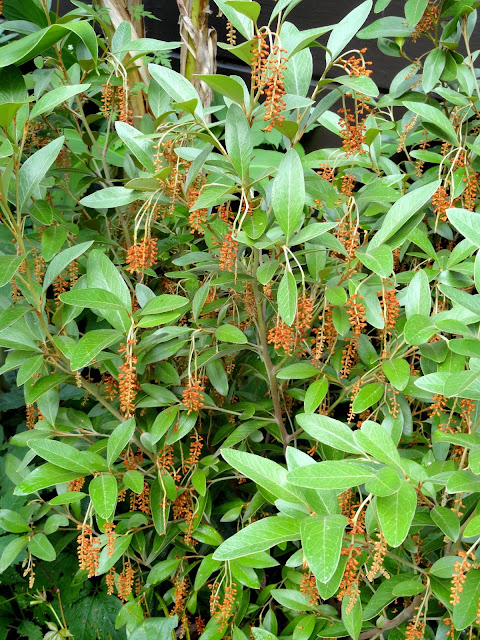 Of course a tropical flower like this deserves a proper blue sky background. 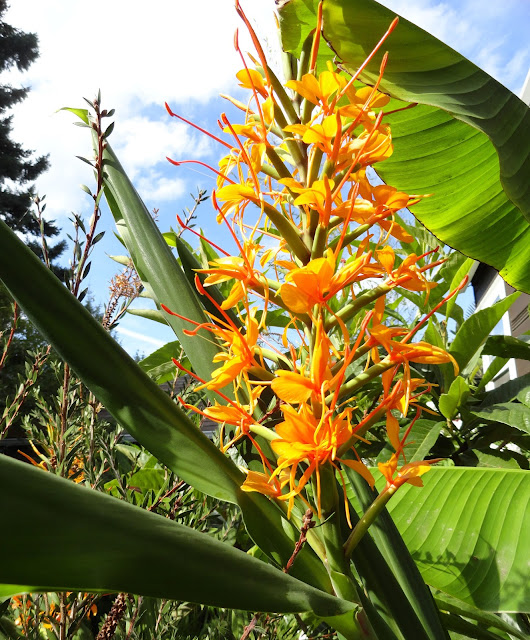 If you've got one please share your favorite plant of the week in the comments below! Here are a few recent fav's from other bloggers which you might enjoy: