A gas-station nursery in Spokane, WA…

The last weekend in April I made a trip up to Spokane, in addition to visiting one of the oldest (and used-to-be biggest) antique sales in the region, my mom and I also hit a few nurseries. This one, Judy’s Enchanted Garden, has been one of her favorites for awhile… 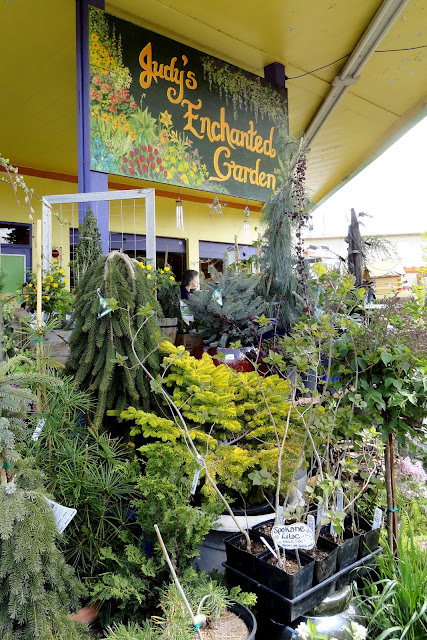 She described it as small, and not a nursery in the sense that they grow their own plants, but one that does an impressive job of acquiring and displaying plants brought in from growers, I agree. 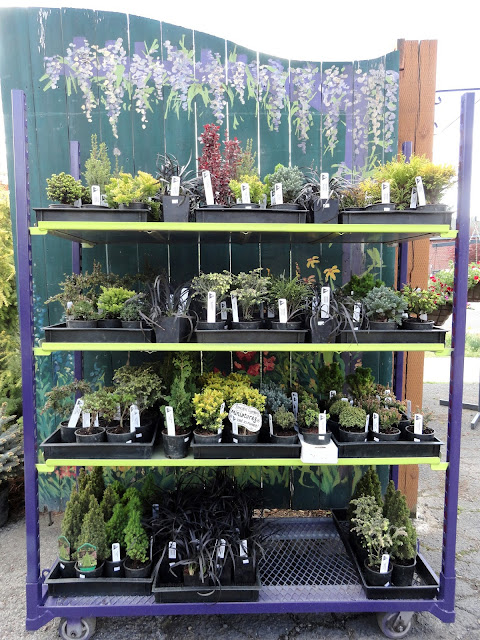 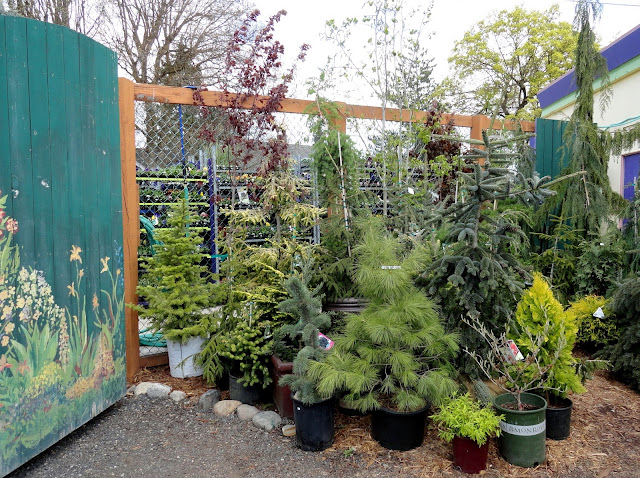 It’s on a busy street, in a location that used to be a gas station. I love that! In fact if I were to ever open a nursery a small urban location like this would be perfect. 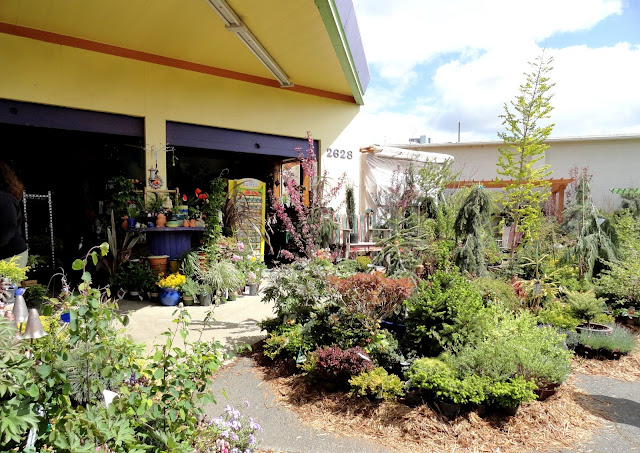 I think this nursery would be loved even here in Portland, where we are blessed with so many fantastic nurseries. The fact that it’s survived (and hopefully prospered, they’ve been in business since at least 2010) in Spokane makes it even better. 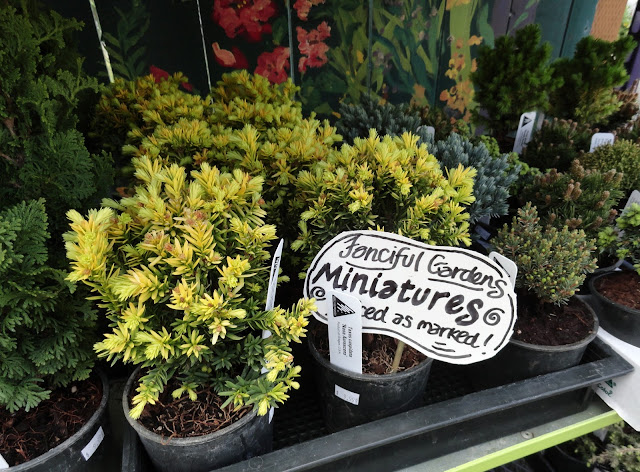 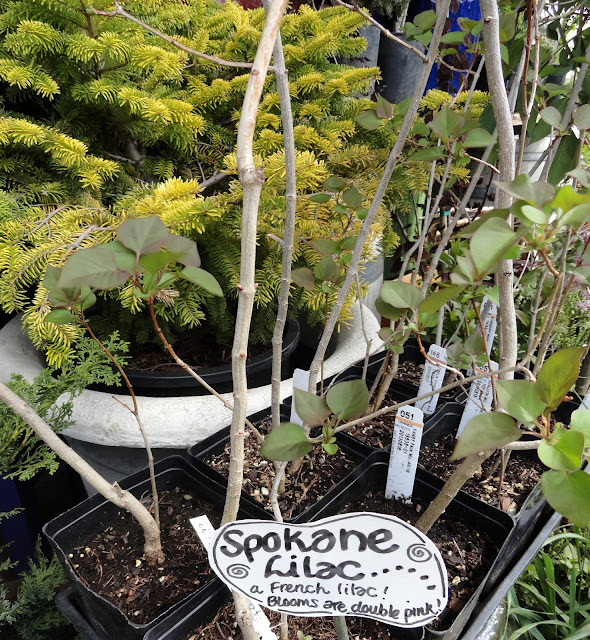 The plants are displayed in groups just as you might plant them in your garden, they do this so well you almost forget they are just in pots setting on asphalt. 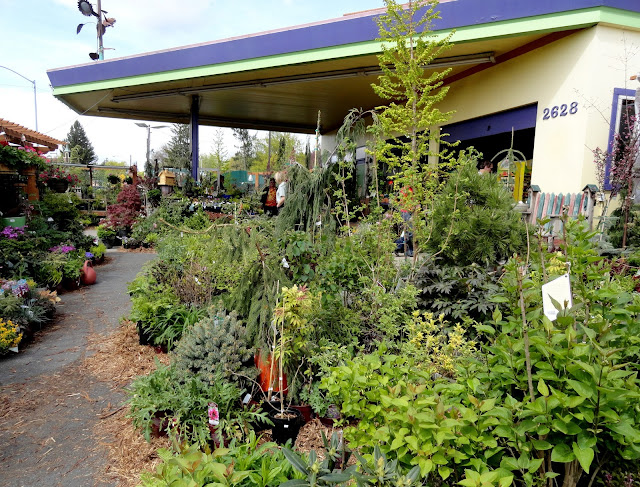 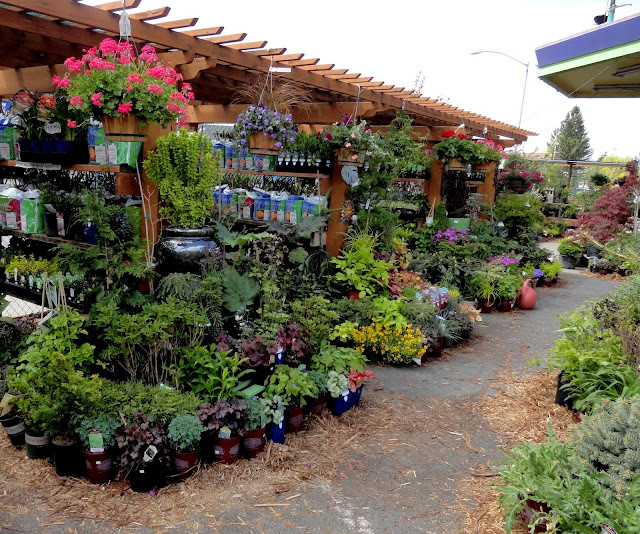 There were several of my favorite plants, including this Rheum which was perfectly displayed above your eyes where the light filtered though the leaves and lit them up in a wondrous way. 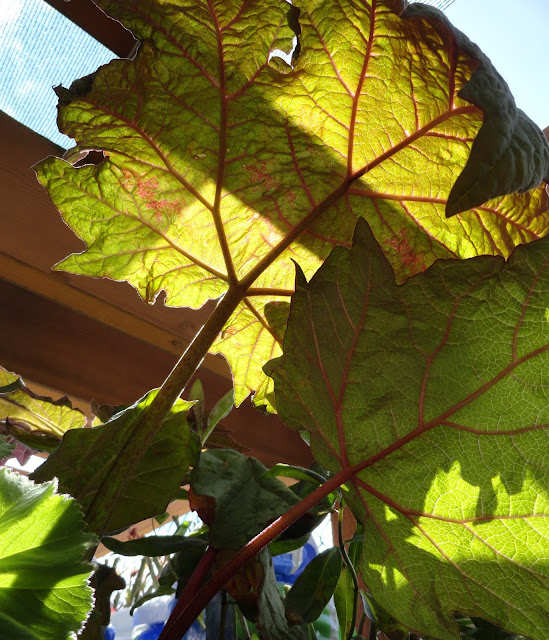 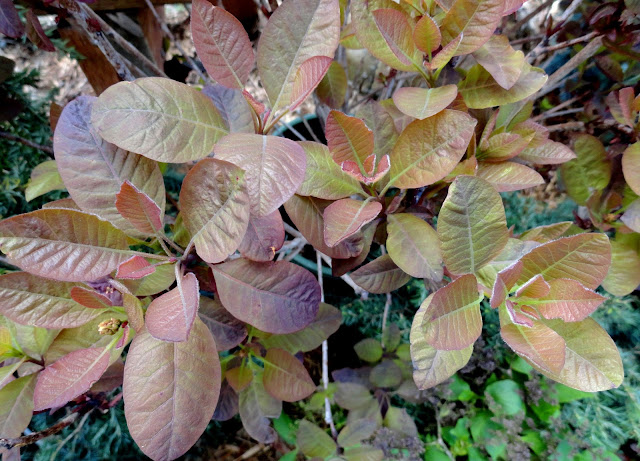 Rodgersia! (I'd convinced my mom to buy a few of these last year otherwise I would have been twisting her arm). 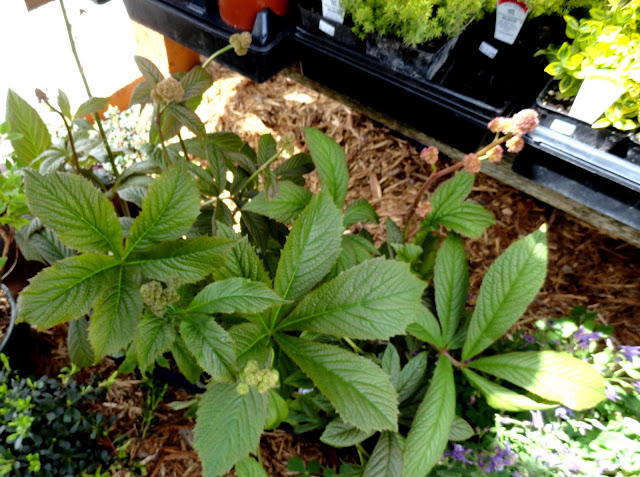 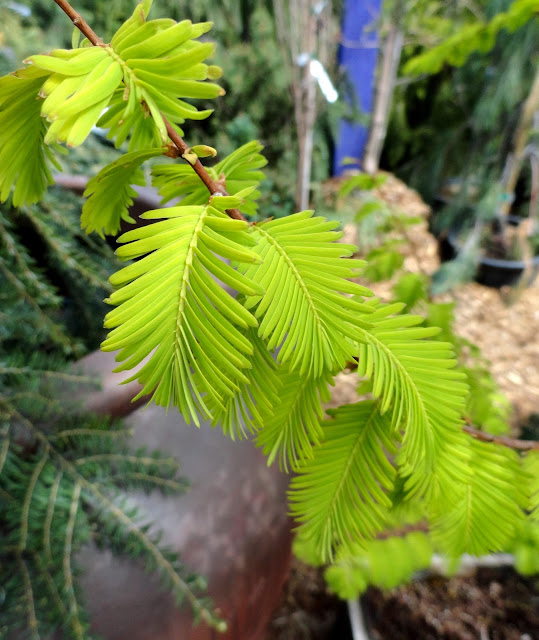 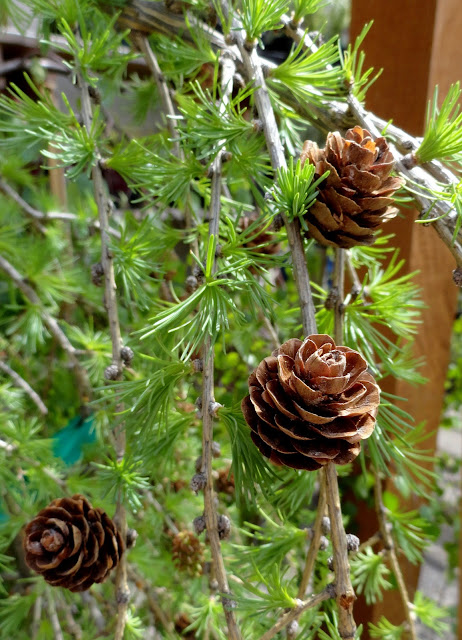 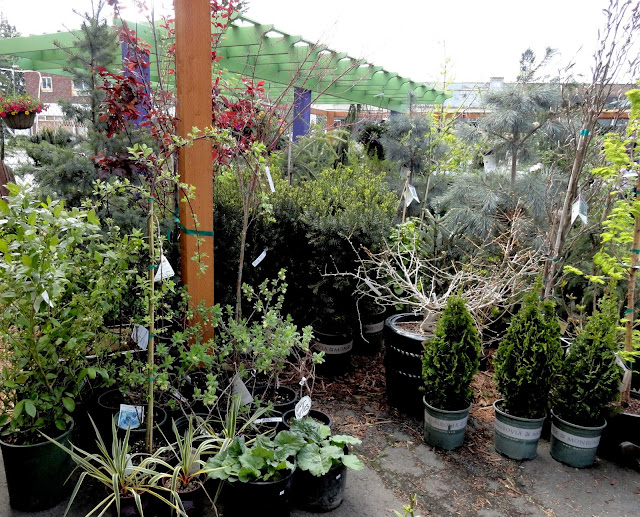 This was only the second time ever I've seen Bear Grass (Xerophyllum tenax) for sale in a nursery (Interestingly both have been in Washington), since one just didn't seem to be enough I bought another. 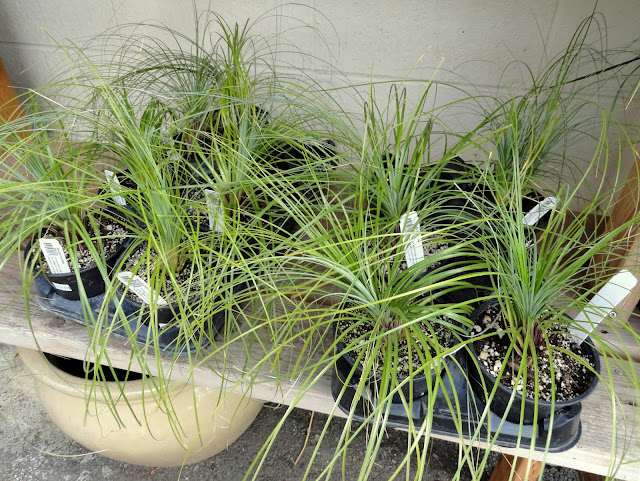 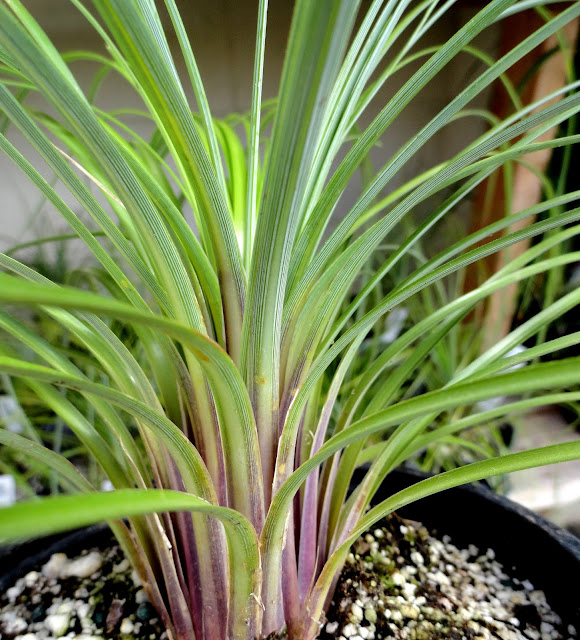 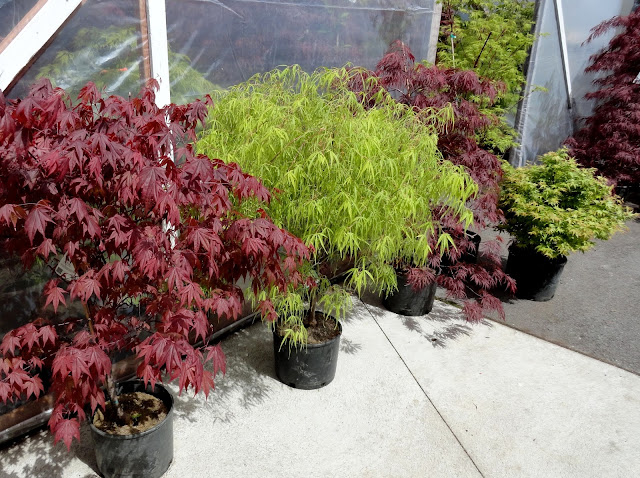 At fist I thought these were new arrivals and off limits but then I realized it's all shop-able... 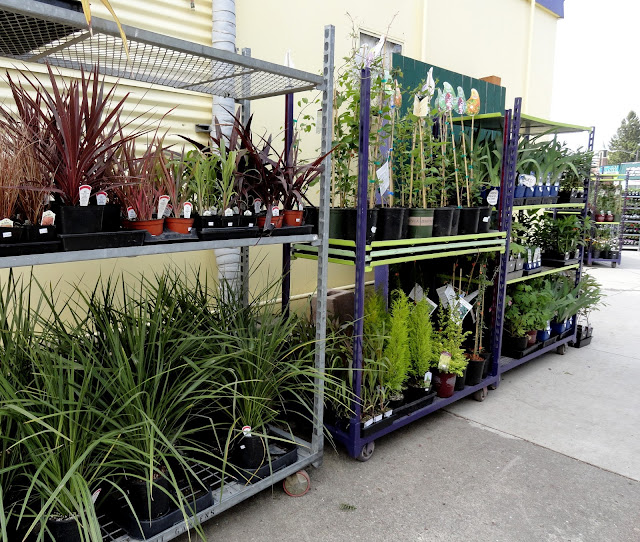 Almost tempted by the "White Licorice"... 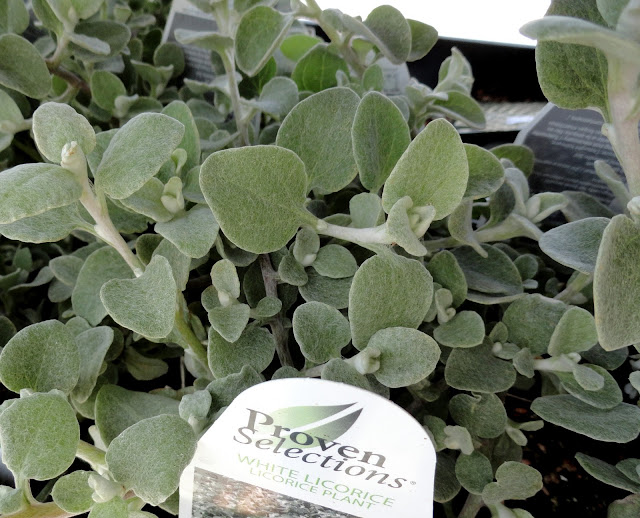 Completely tempted by the Parrot's Beak...it's a frightfully common "basket stuffer" but those tiny glaucous leaves with crazy orange blooms seem so perfect to have weaving through the plantings...bought one, might need to buy another or two, we'll see. 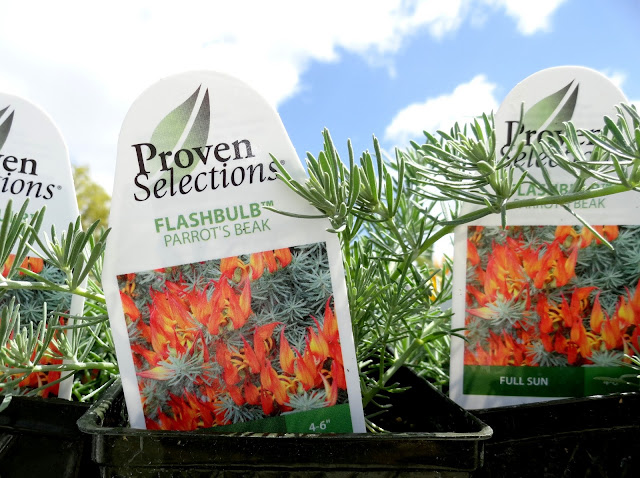 Limon talinum...(Jewels of Opar), I grew this once and should have bought a couple to tuck in here and there for bright chartreuse color. 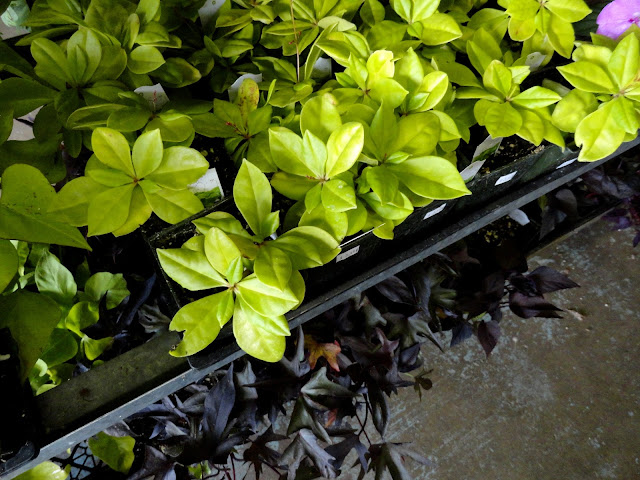 So that's my visit to Judy's...I kinda wish they were closer so I could check in weekly to see what she's got!