A glimpse of my garden, at the beginning of December

I’m not a good record keeper. I wish I could list all the dates that the killing frost first hit my garden, but I can’t. I can say my memory thinks rarely before Thanksgiving, but often right about that time. Last year we got an unwelcome hit, not having any frost at all and then the week before Thanksgiving BOOM! It hit 31, then 24, then 18, so much for giving the plants an opportunity to go dormant. 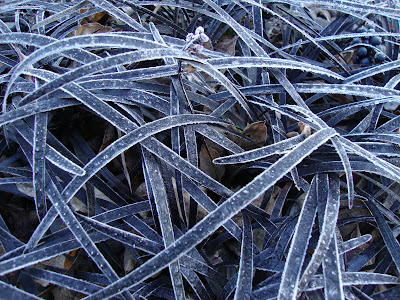 This year we’ve flirted with a freeze, getting a light frost, then a few a bit heavier. Some of the Calla leaves are a little toasted, while others power on. 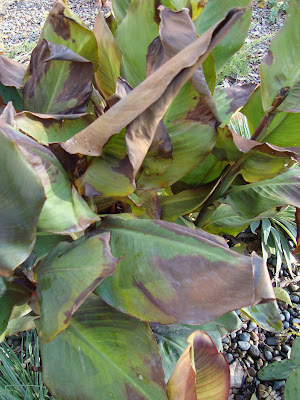 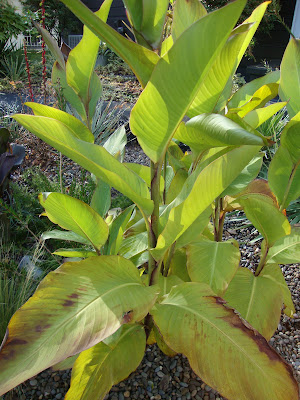 This is bittersweet. Of course part of me enjoys the extended fall, hoping maybe winter will forget about us this year. On the other hand I want the plants to get the hint and shut down…so when the really cold weather shows up they will be ready…unless…maybe it never does show up!? (dream on right? after all it’s another La Nina winter…).

The banana (Musa Basjoo) still looks great; in fact the happy greens along with the butterscotch Hakonechloa against the brown house are making me very happy. It’s a much richer color palette than when our house was white. 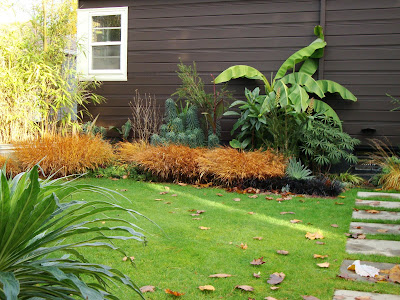 This is our most colorful Tetrapanax… 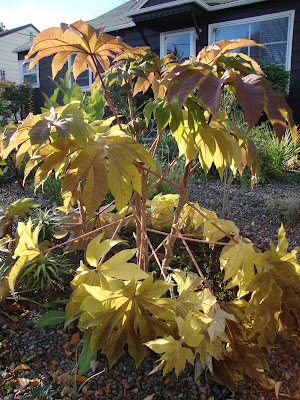 The leaves of the others in more protected spots are slowly turning a sickly yellow, letting me know they’re feeling the cooler temps, but none have this great purple tinge like the ones in the front garden. 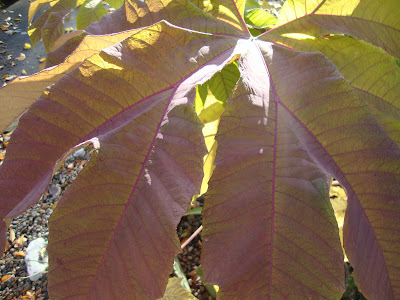 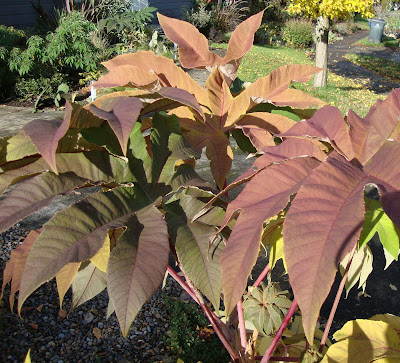 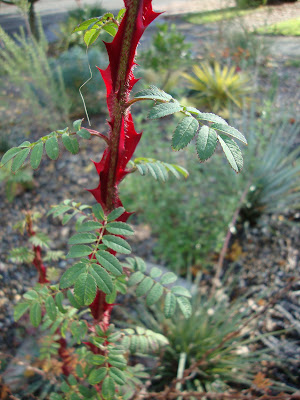 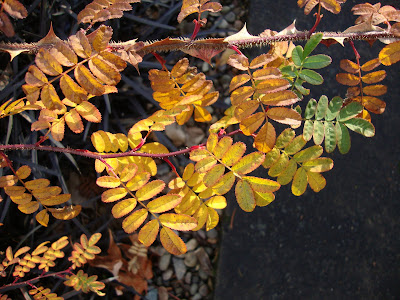 I think this Echium and its twin in the front garden are still small enough I can protect them this winter, at least I'll try. 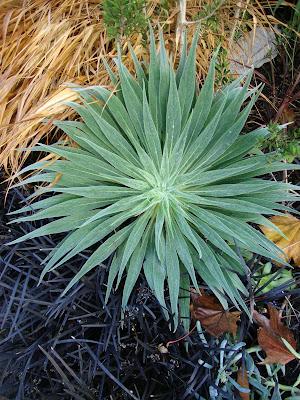 Shortly after taking this picture I cut back the Melianthus and covered it with a thick blanket of Magnolia leaves and a piece of burlap secured with a couple of rocks. 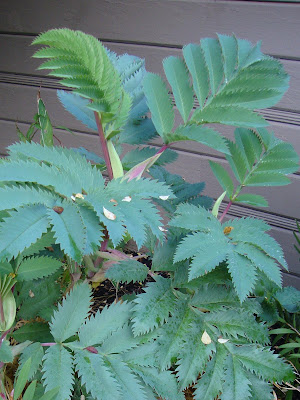 I’ve already caught the neighbor’s cat napping on the pile, which would be fine if it showed up with the temperatures dip and then left without using the rest of the garden as its toilet.

The Osmunda cinnamomea (Cinnamon Fern) has colored up wonderfully. I may need to add a couple more of these to the garden next year. 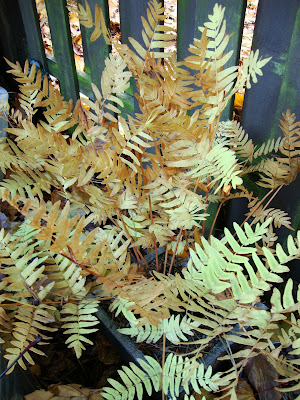 As the weather continues to be relatively mild I keep looking at other plants, ones I’d decided to just let be and deciding to lift them and protect them. For example I just potted this Knife-leaf Acacia and put it in the greenhouse. 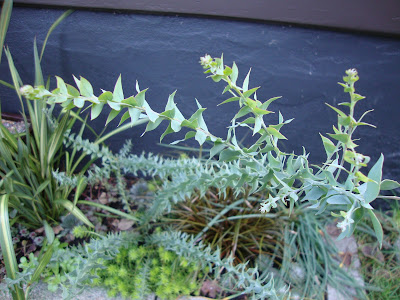 When I planted it I knew chances were slim it would make it through the winter (the Knife-leaf Acacia (Acacia cultriformis) is less hardy than the Ovens Wattle (Acacia pravissima) which itself is only borderline) and at the time thought “que sera sera”…but I’ve grown to love it and can’t bear to just let it die.

I am leaving this little Phormium in the ground though…I love its bright leaves and hope it makes it but just don’t want to make room to over-winter it. 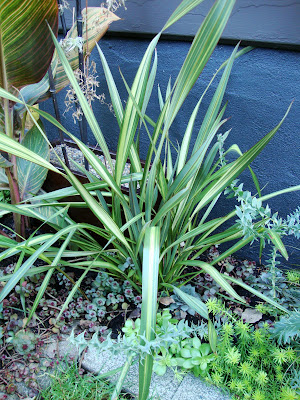 I glance at my “perfect” (no winter freeze blemishes) agaves and wonder what they’ll look like in May. 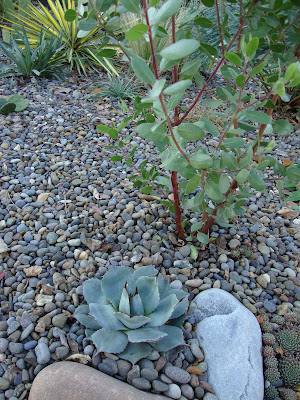 This one caught has the eye of a passer-by last week and we had a conversation about over-wintering agaves in Portland. Evidently he’d been wondering what I planned to do with this one over the winter, because he has a similar one at home in a container, unwilling to let it die in the ground. I explained that as long as the plant was cold hardy the real issue was good drainage. Mine will be his “litmus test,” I hope it doesn’t disappoint. 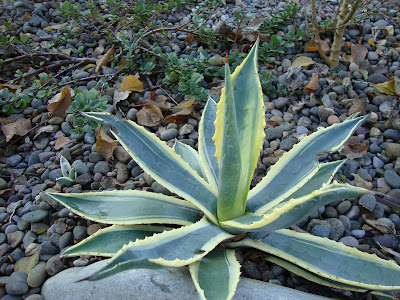 Our extended forecast calls for lots of dry weather (unusual for this time of the year, and I’ll take it!) with possible sunny afternoons once the fog burns off. The nights continue to be chilly, with plenty of 29’s and a possible 25F low later in the week…that should finally send things to sleep for the season.