We were able to get away last weekend and spend a few days in my hometown to celebrate an early Christmas with my family. One of the things I hoped to do while there was visit Manito Park and the Gaiser Conservatory.

I have fond memories of this Agave lit only by blue Christmas lights. It was an odd combination, an Agave wrapped in Christmas lights, but it was beautiful. I wanted to see it again and luckily my family was up for the adventure. 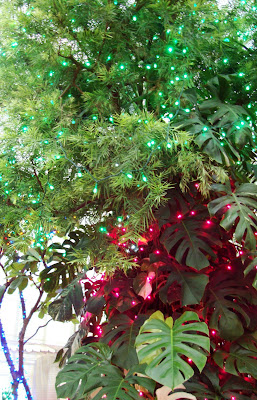 Turns out we weren’t alone. There were almost as many people at the park to see the Conservatory lights as were there for the plant sale last June, since this is a week and a half long event, with two weekends, I found that surprising. 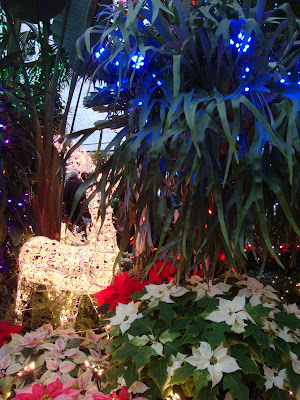 I know people love to view Christmas lights but this wasn’t a drive around in your car and point event. I couldn’t help but think they were getting so much more out of this display as they stopped to read the plant labels and marvel at things they hadn’t seen before. It was a very good thing… 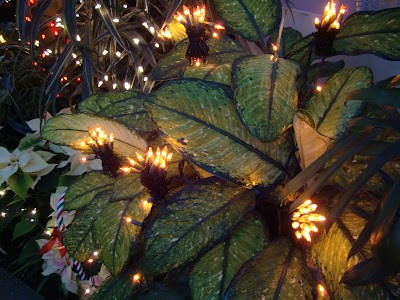 There are more than 30,000 lights strung for this event, the annual show dates back to 1994 and takes two people five weeks to complete. 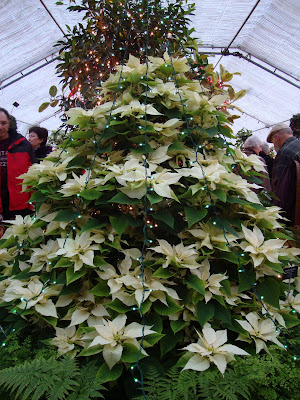 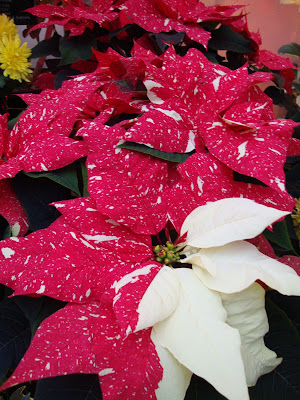 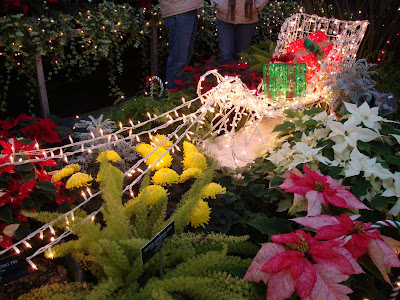 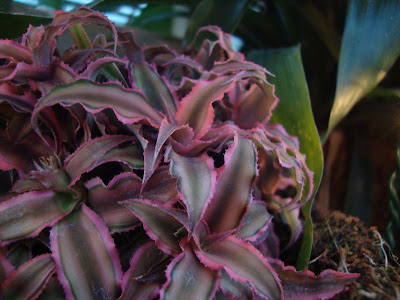 The real magic starts once it’s dark enough that the plants are illuminated only by the lights and you don’t see all the wires. But my lack of suitable technology to capture that moment means you see the plants while the wires are still visible. 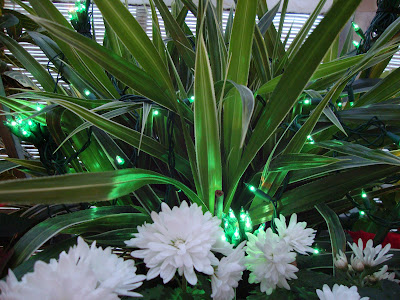 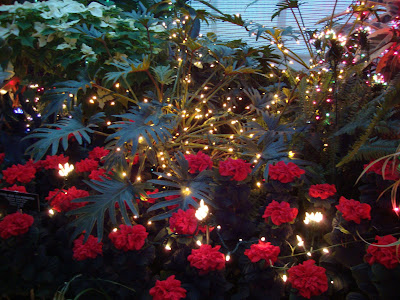 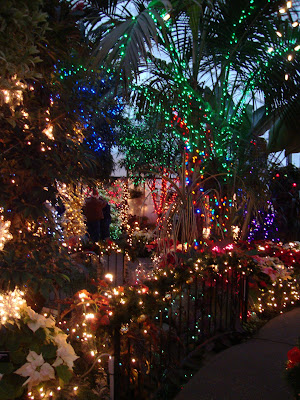 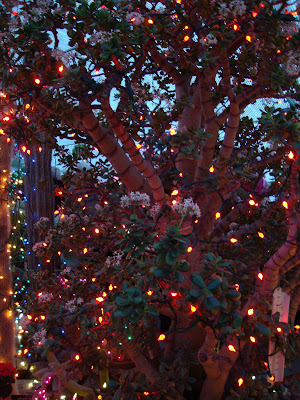 As we made our way around the desert/cactus section of the Conservatory, and I snapped more than a few photos, my family moved on ahead of me and I ended up eavesdropping on an older couple behind me. 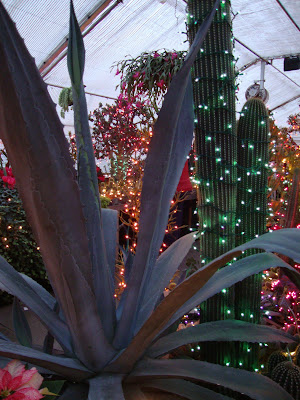 I shared a bit of knowledge, trying not to be an irritating “know it all” (should be easy since I don’t know it all right?) and I was eventually rewarded with a family story. 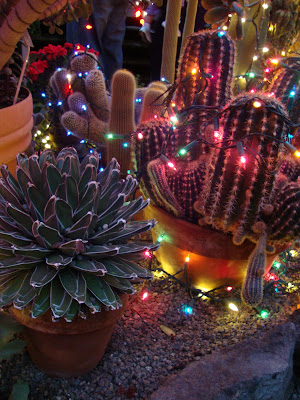 After viewing the lights for the first time years ago, and being quite impressed with the display, they decided to replicate it at their son’s home on the Kitsap Peninsula in Western Washington, where he owns a small nursery. 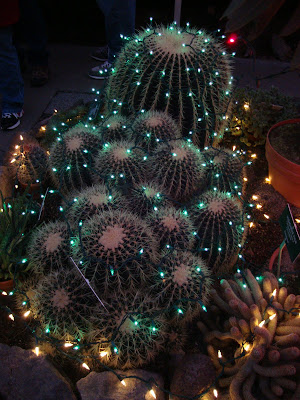 One of them stayed behind and strung lights all around the nursery greenhouse, while the other went on an errand with the son. 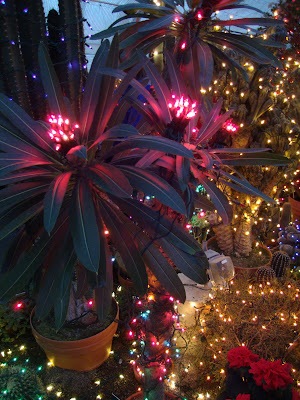 Their return was timed perfectly for the lights to illuminate the greenhouse and create that sense of wonder and awe as they drove closer. 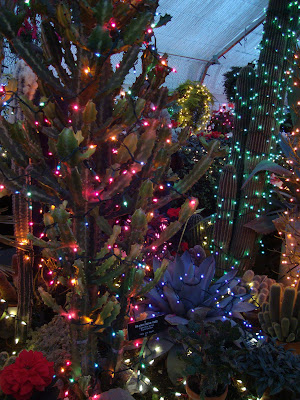 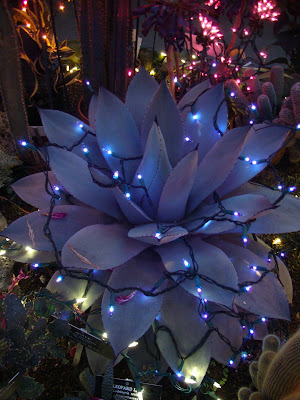 Except for one little problem. 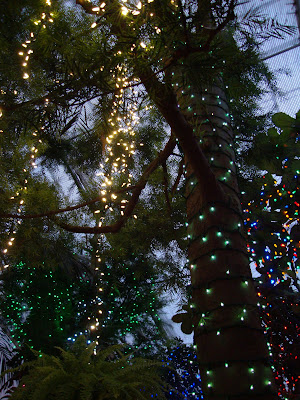 Red was the predominant color of the lights…and their son thought the greenhouse was on fire and leapt out of the car in a panic. 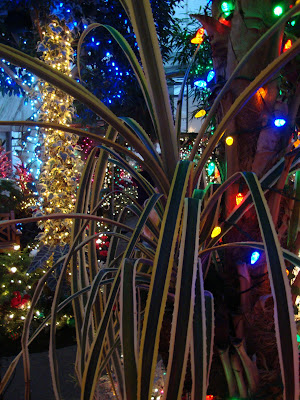 The bit of holiday magic they had hoped to create had backfired.