The stock tank pond: scheming on what comes next

Once again, it's time to rethink the stock tank pond.
Frequent readers may recall that I've been doing battle with marauding raccoons for several years now, they're a constant source of frustration. The plants surrounding the stock tank have also changed things, they've grown and it's a much shadier situation than when I first planted up the tank back in 2014. This photo is from last September... 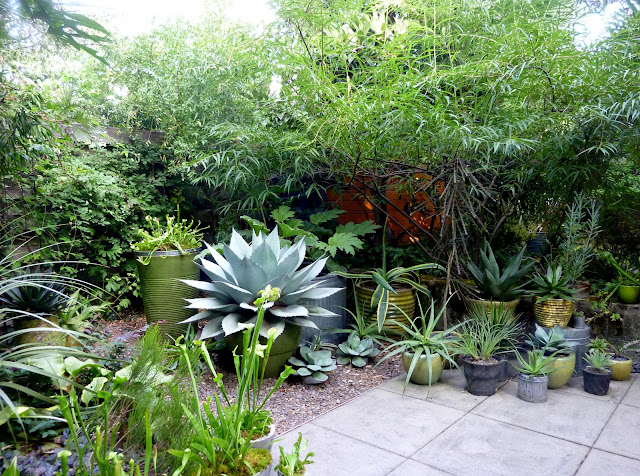 And this one from 2014, when the tank—and the whole northside of the garden—had just been planted. Kinda sparse, eh? (well, except for all those beautiful agaves) 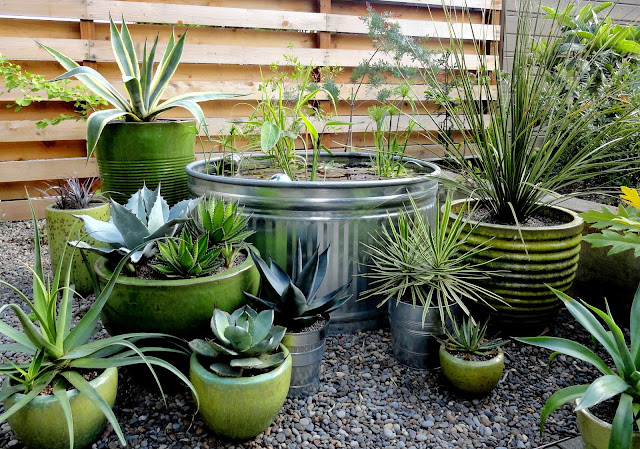 Back then the "pond" was planted up with all sorts of things, and was amazing. Fast forward a few years and the racoons took away all the joy. They discovered it was a source of water for bathing, drinking, playing and digging grubs in the soil (of the water plants), and systematically destroyed anything and everything in the stock tank. Every damn year. 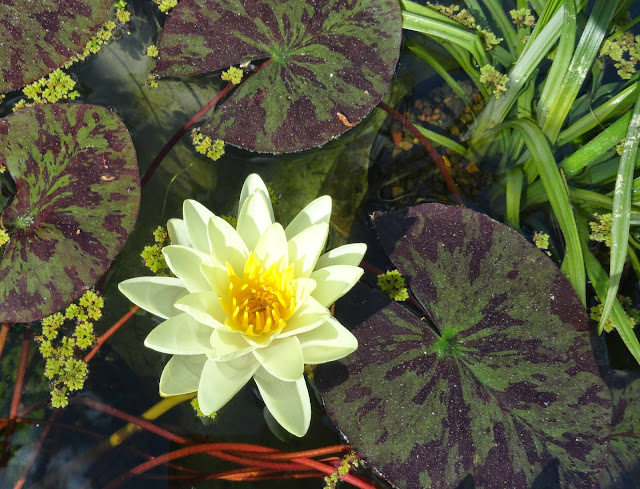 My solution last summer was to put a gunnera in the tall galvanized vent planter I'd sunk into the middle of the tank. It worked as far as keeping the plant from getting destroyed by the raccoons. 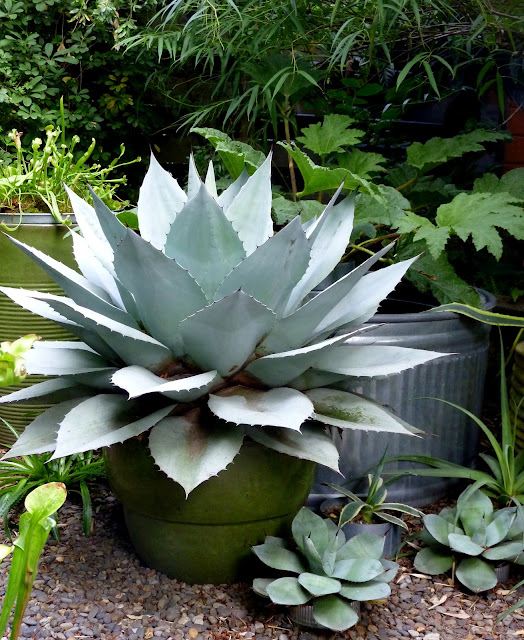 But going into this last autumn I decided to not try to overwinter the gunnera, to give it away and come up with a different use for the tank. I was however quite surprised when I pulled the plant out and saw just how big it was! 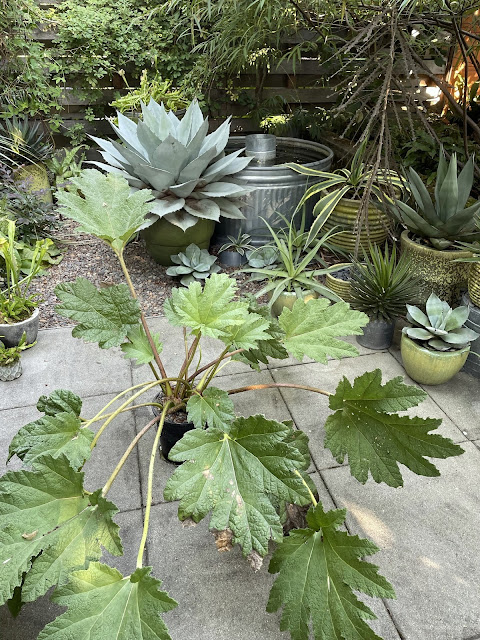 So, empty tank. Empty tank somewhat hidden by the ginormous Agave ovatifolia in front of it! I'm not complaigning. 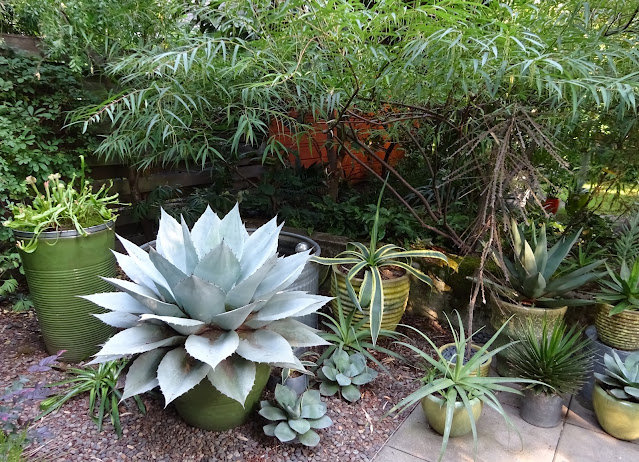 Thinking about what comes next this is where my mind went, back to the exploding container crevice garden I saw in a Seattle garden in 2019 (here). I could do something like that in the stock tank. Wouldn't that be fabulous? 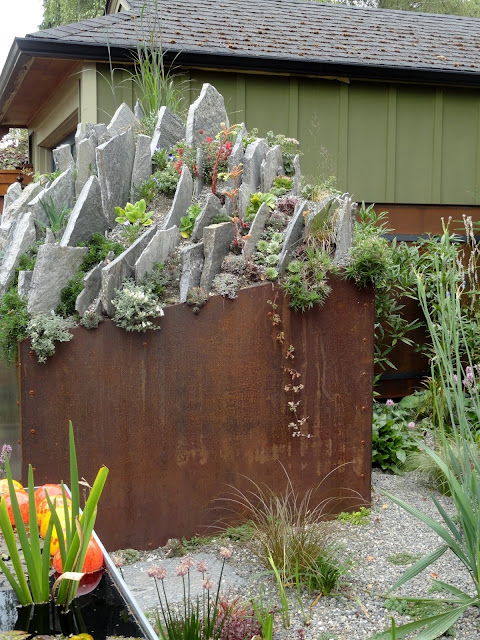 What kind of rock to use though? I wish I could get a really thin urbanite, something about 1/3 the normal thickness...what would that even be? Let me know if you can think of something.
In the name of materials research I visited Oregon Decorative Rock. This was the only material I liked. 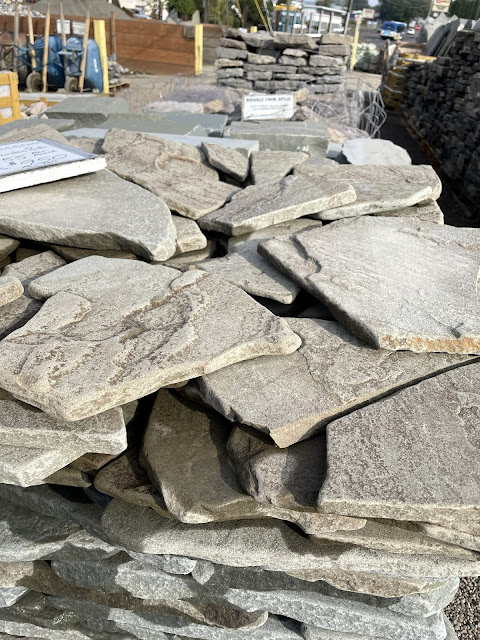 Picking out piece by piece and hauling them home myself could get expensive and painful. But, I'm considering it. 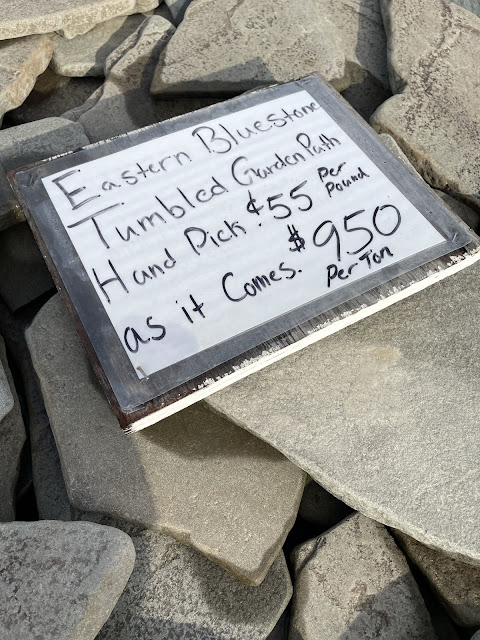 Another idea; recently I was lamenting the fact I didn't have a great place in the garden for another table planting. Sure, I have a small fern table on an 18x18" paver, but I was thinking something more like this table at Lakewold Gardens up in Washington. Something where I could really go crazy mounding soil and planting plants. 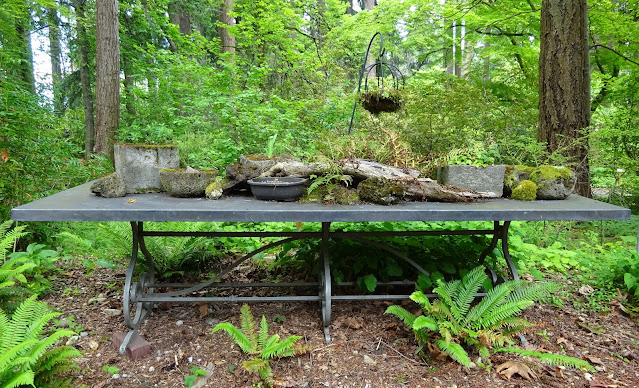 Another example from a visit to Bosky Dell in West Linn, Oregon. 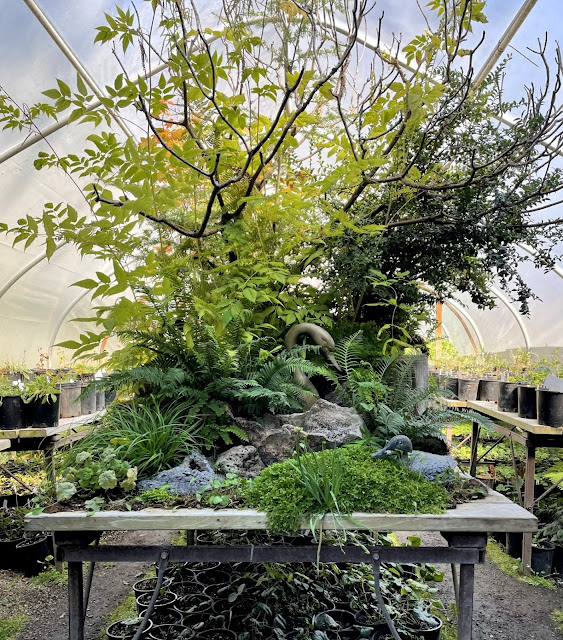 And one from Gillian Mathew's Seattle Garden... 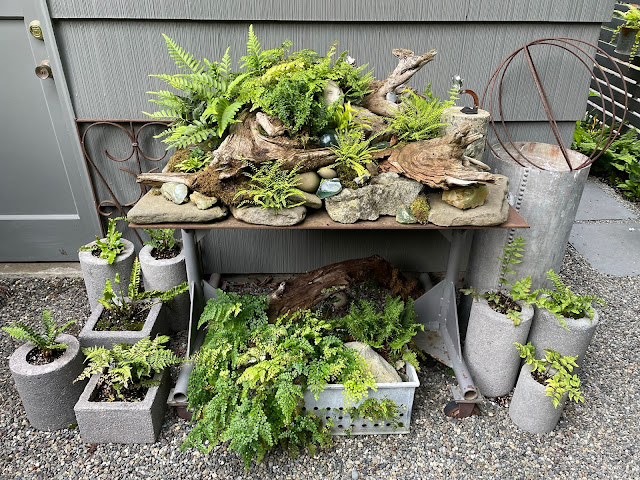 It hadn't even occurred to me that I could use the stock tank for such a thing, until I ran across this image I'd cut from a magazine years ago and saved... 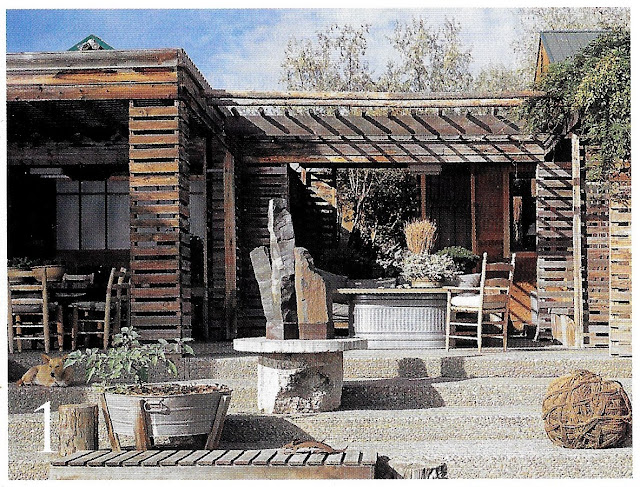 What would I use as the table top? I started to scheme! Then I realized I could just ("just"... as though it would be easy) turn the tank over and use the bottom as the planting surface. Of course I would still have to factor in the #$&%*@! raccoons, as I'm sure they'd spend several nights digging in whatever I planted. But it is an interesting idea... 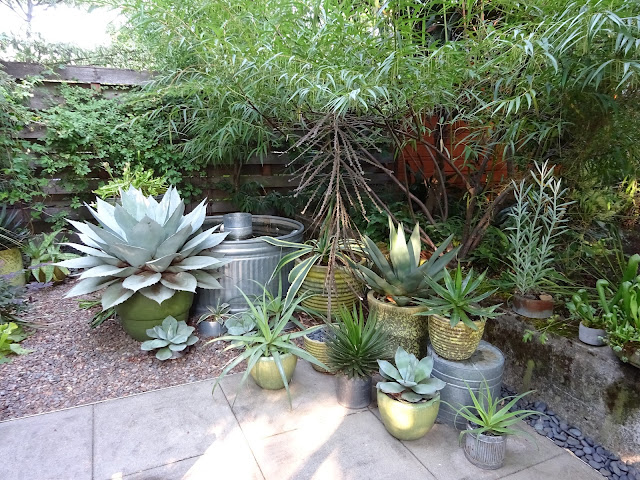 If I went that route I could potentially use this glazed container to the side for an exploding crevice garden, since this poor Agave americana variegata turned to mush last month with our frigid temperatures and the container is now empty. 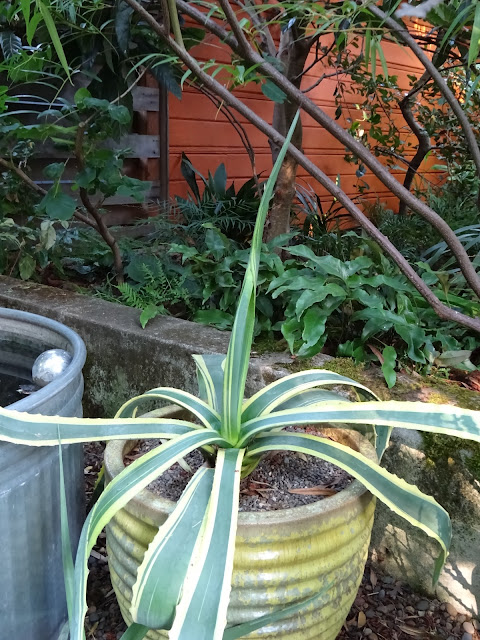 Those are my current ideas...what would you do? Please share any an all ideas!
—   —   —
All material © 2009-2023 by Loree L Bohl for danger garden. Unauthorized reproduction prohibited and just plain rude.