During our recent trip to NYC this park was on my must see list... 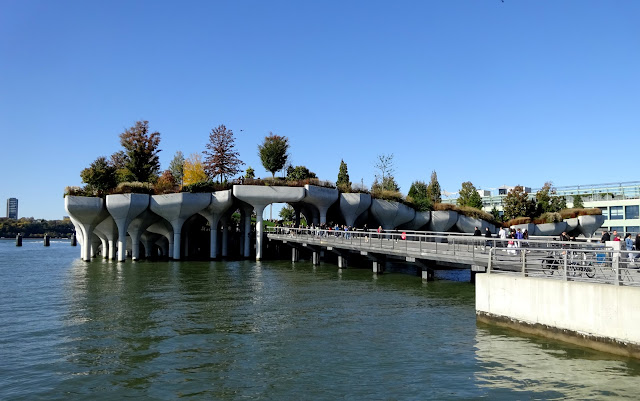 Years ago I remember seeing an under-construction photo of New York City's Little Island (which really should be Little Islands, after all each one of those pedestals look like an individual island) on a friend's Instagram page. There were no plants or trees back then, the structure was everything. I was intrigued. "Little Island opened on May 21, 2021 on what was Pier 54. Historically Pier 54 operated the British Cunard-White Star line, serving as a point of departure and return for trans-Atlantic ocean liner voyages. In 1912, survivors from the famed Titanic disaster arrived to safety at Pier 54. The pier eventually fell into disuse until the 1970s to the early 80s, when Pier 54–along with other piers south of Chelsea–became a safe haven for New York City’s growing LGBTQ community. Here, they could openly socialize without fear of harassment and discrimination."
"In 2013, Barry Diller, in partnership with Hudson River Park Trust leadership, embarked on the unique opportunity to envision a solution for the repair and reactivation of Pier 54, recently damaged by Hurricane Sandy. Diller chose to reimagine an entirely new type of public space for New York, one that would create an immersive experience with nature and art." (source for history, source for design and construction) 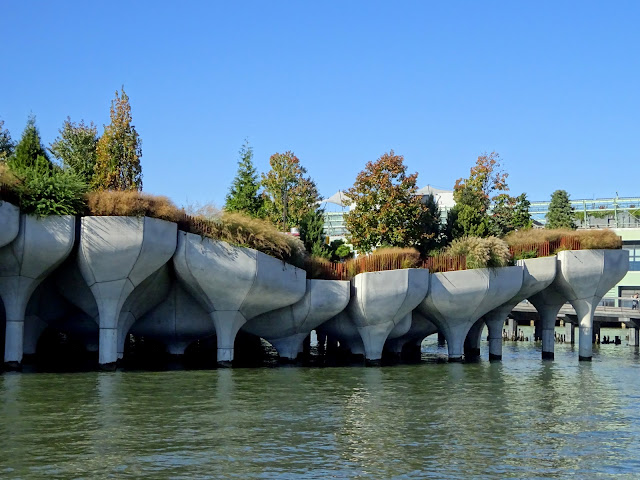 I had been told there wasn't really anything botanically interesting about Little Island, but obviously that was wrong. 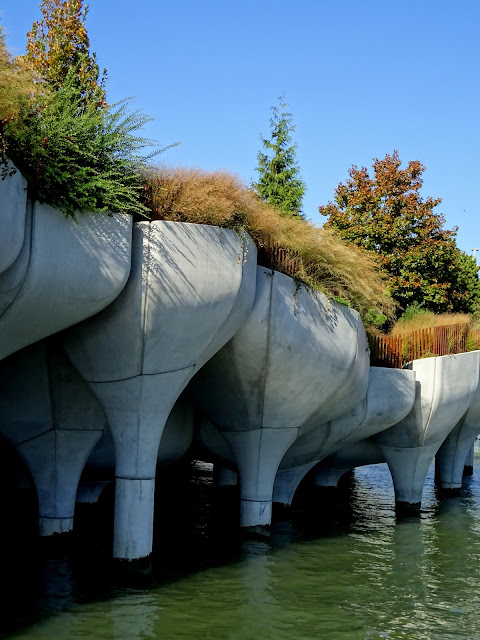 The ‘tulip pot’ modules that are the underlying structure of the park sit on concrete piles, each pot is made of 4-6 concrete ‘petals’ all sitting on a central column head. 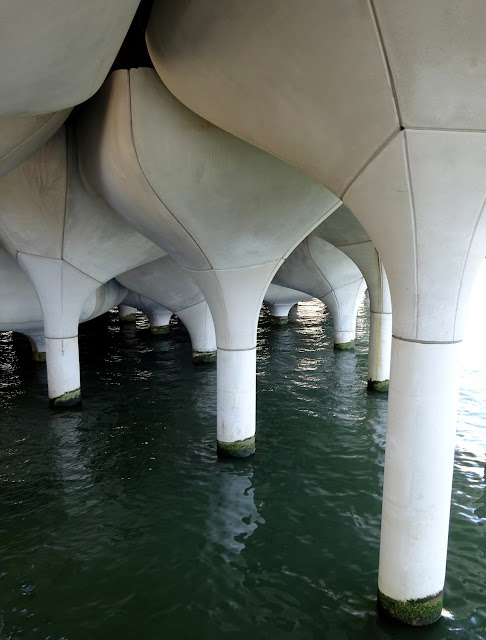 Once on the island nobody seems to be thinking about the base structure, they're just enjoying the park, as it should be. 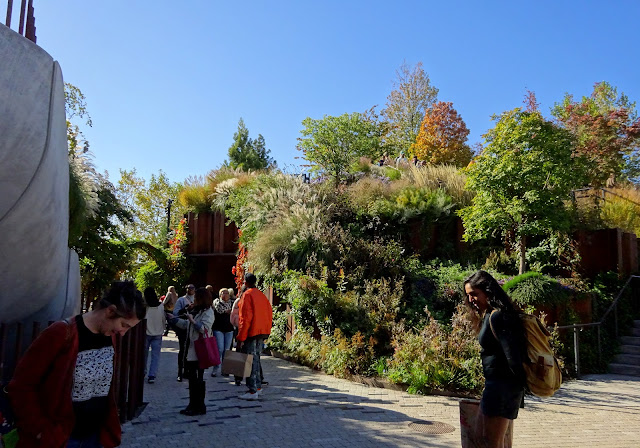 We visited on Saturday, October 29th—I could not have asked for better weather. 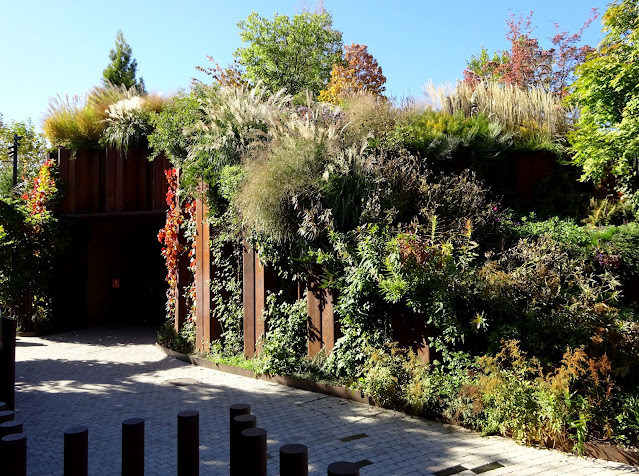 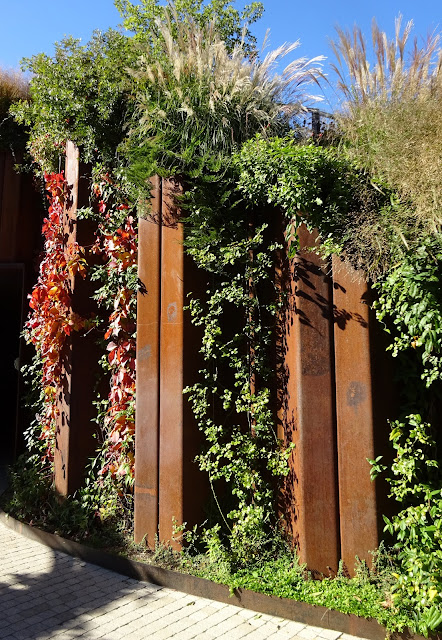 And while I initially was worried I wouldn't be able to see much because of the Saturday crowds, it actually was wonderful to watch how people experienced the spaces. 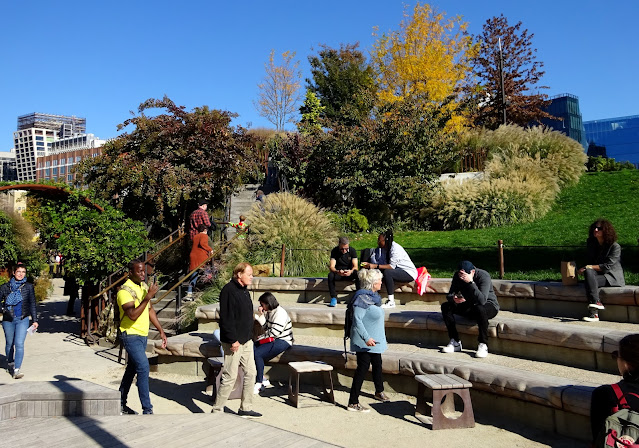 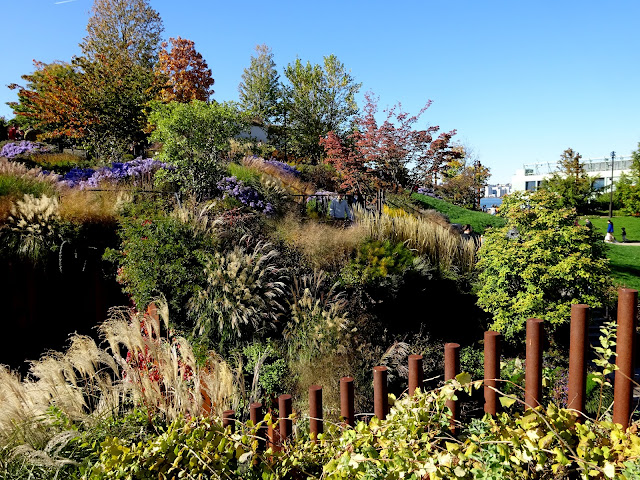 I love the look of wires helping to train the ivy. 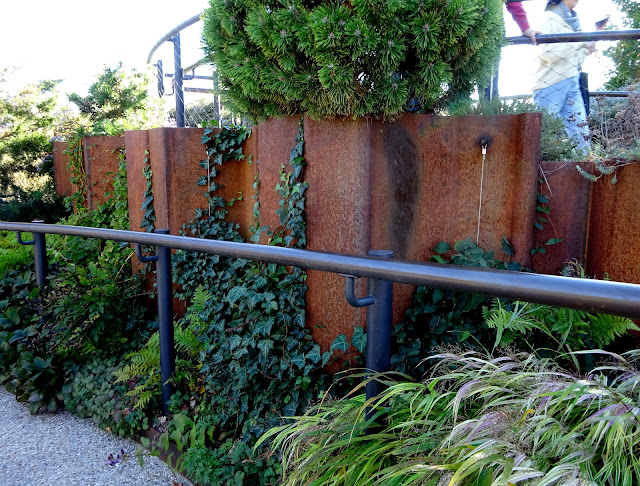 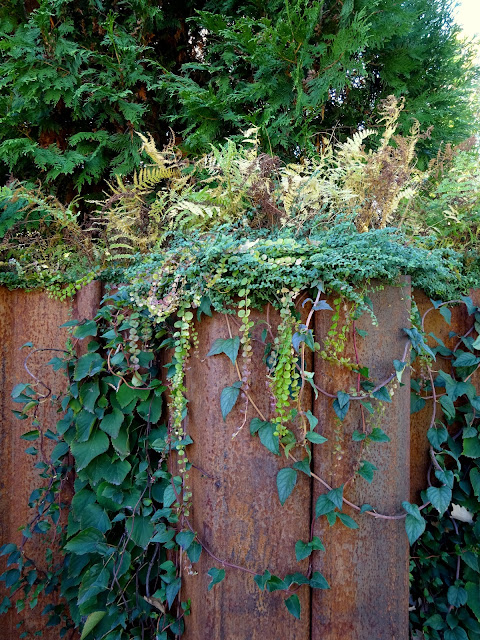 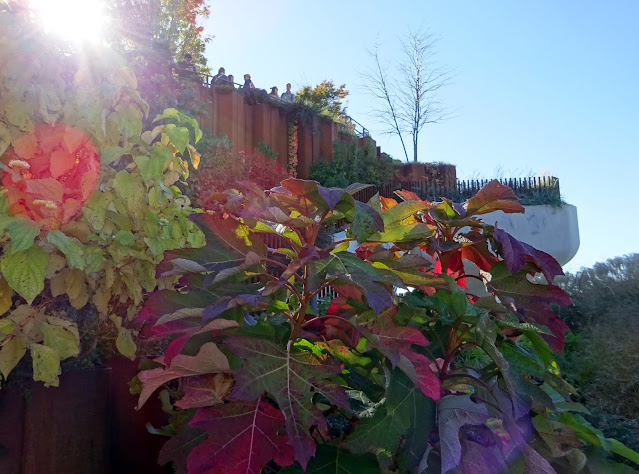 Days and moments like this and it's easy to see why people fall in love with all that New York City has to offer... 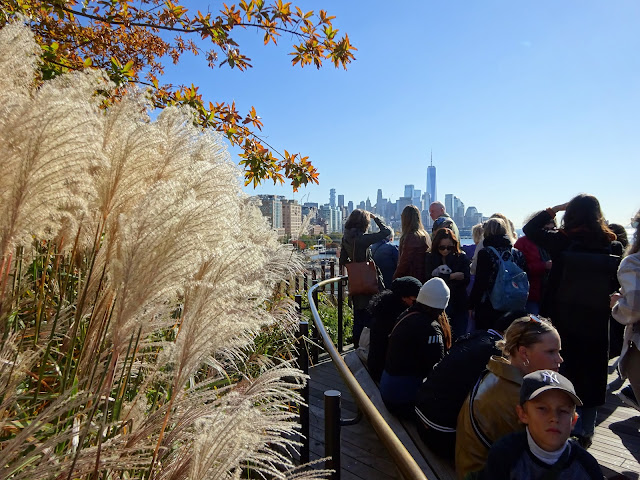